One of the most anticipated models of the summer is the new Hyundai Santa Cruz, a utility vehicle that takes the form of a pickup truck. It took the automaker about six years to take the model from concept to production, but here we are.

After making its official showcase debut in April of this year, the vehicle is now officially in production at Hyundai's American HMMA plant located in Montgomery, Alabama. 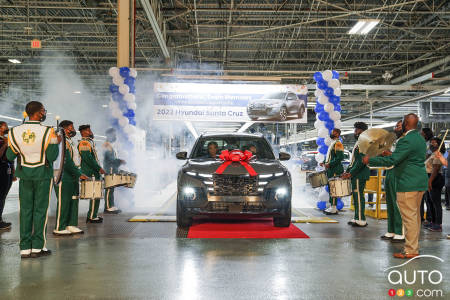 “We are excited and honored to be producing Hyundai’s first open bed vehicle for the North American market. The launch of the Santa Cruz is a further testament to the trust Hyundai Motor company puts in HMMA and our Alabama home. I am so proud of our Team Members for accomplishing this achievement while the world is going through such difficult times.” 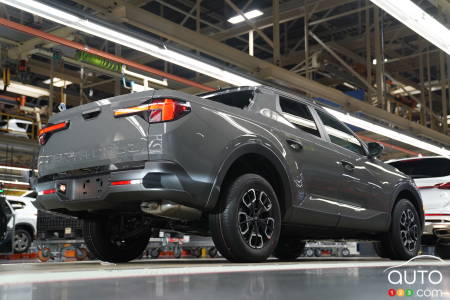 Hyundai expects the first vehicles to arrive at North American dealerships later this summer. The Santa Cruz is equipped with a standard 2.5L 4-cylinder engine generating 190 hp and 180 lb-ft of torque. An optional 2.5L turbocharged 4-cylinder good for 275 hp and 310 lb-ft of torque (420+ Nm) will also be offered. Both are paired with an 8-speed automatic transmission and power is sent to all four wheels.

Once it hits the market, the Santa Cruz will find in its path the Honda Ridgeline, of course, but also the new Ford Maverick. What's distinctive about these pickups is that they are built on a unibody structure, which guarantees on-road handling closer to an SUV than to a traditional mid-size truck.

Like everyone else, we look forward to the day we can drive the Santa Cruz. 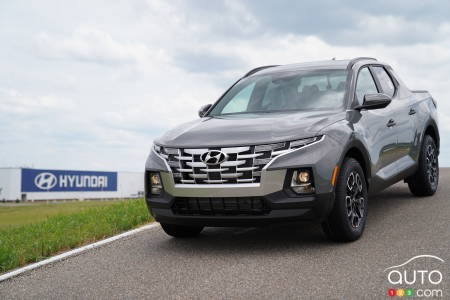