Ears of many a Subaru WRX fanatic have just perked up on the news that the Japanese automaker behind the pocket rocket are working on an even more explosive version of the WRX STI. The TC380, as it’s being called, would get an output of… 380 hp, according to sleuths in the automotive journalism domain.

Before we all get carried away, however, it should be pointed out that Subaru is planning a very limited run of 50 units for the WRX STI TC380, and that those 50 will likely be reserved for the Japanese marker.

On the other hand, should demand warrant it, it’s not inconceivable that Subaru could decide to expand production and make it available in other markets. Meanwhile here’s what we know about the limited edition. 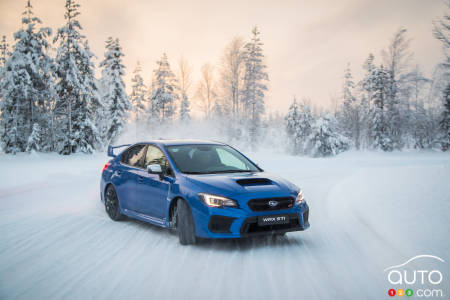 Rally expertise
Subaru called on WRC (World Rally Championship) driver Toshihiro Arai to help produce this special variant of the WRX STI. The company is still revealing any technical details as yet, and even that output figure is still just speculation, based on the name being given the model. But Subaru has said that a larger turbocharger from the HKS firm will be incorporated, as will a stronger front strut brace made by driver Arai’s own after-markets parts company.

The model’s signature rear spoiler will be slightly different than on the regular version and be made of carbon fibre. Recaro seats would be included for the front row. 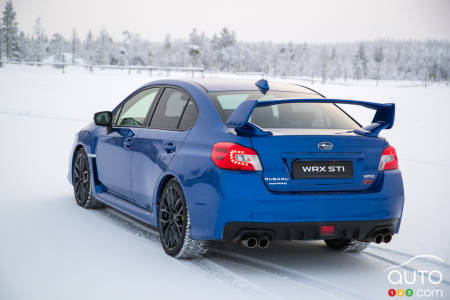 The TC480 version of the WRX STI is expected to be unveiled in the coming weeks, at which time we’ll get a big helping of additional details, of course – and that includes when it will be available to consumers. We’ll also know more then if those consumers will be exclusively Japanese, as rumours currently indicate.

Details on the 2019 Subaru WRX and WRX STI

Subaru has confirmed it will bring the WRX STI S209 limited edition to North America, the first time a special S edition is offered outside of Japan. The big...

The 2019 Subaru WRX STI is not quiet, nor is it even easy to drive tamely, but it delivers sensations by the ton. We review Subaru’s AWD pocket rocket, built...