Interesting news filtered out of Japan this week, courtesy the Best Car website. The publication reports that the working partnership between Toyota and Subaru could expand beyond the renewal of the Toyota 86 and Subaru BRZ models to the development of a new generation of the WRX and WRX STI models.

The Japanese automakers previously confirmed they are working together on creating a new all-wheel-drive system. Rumours are floating that it will be put to use in the next generation of WRX models. Speculation further has it the AWD system will be wedded to an improved version of Subaru’s 2.0L 4-cylinder turbo engine, known by purists under the codename FA20.

While that engine will power the WRX, the STI variant would get a beefed-up version of the 2.4L 4-cylinder turbo (codename: FA24) found currently in the Ascent, Outback and Legacy.

And since we’re digging in the rumours, there’s also speculation there will be a two-door variant of the new WRX. Fans will remember that in 1998, the company launched the 22B STI, a coupe with a widened body, though it only produced 424 units. Needless to say, those are hot items among car collectors today. 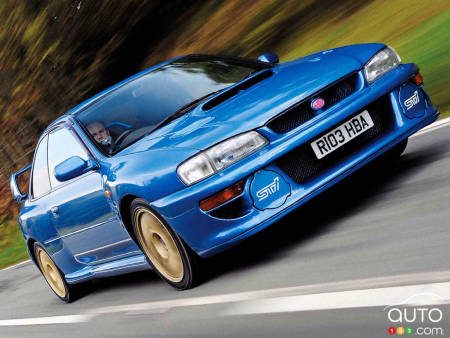 Would a future two-door WRX also get a limited production run? We’ll have to wait and see, but one thing we’re ready to wager on is that a coupe variant won’t be the only version produced – two-door models have seen their sales dwindle over the past few years.