The bZ4X is the first in a series of all-electric products to come from Toyota Automotive columnist: Daniel Rufiange , Updated: 2021-11-17

We've been waiting for it for a while and now it's finally been properly presented in final production form by its maker. Toyota unveiled today its first all-electric SUV, the bZ4X. Note that the model is not officially being unveiled at the Los Angeles Auto Show, which is putting number of reveals on this day.

As it happens, Subaru is showing the bZ4X's cousin, the Solterra, in the City of Angels. Remember that the models were developed in collaboration between the two companies.

Now, what have we learned about this SUV that will arrive in the middle of next year? A lot of things, mostly technical. We're going to save many of these things for when we test drive the model, especially since we'll be able to correlate what we're told with what happens on the road. We'll touch briefly on some of these features here, though. The style
We'd already seen the concept version of the bZ4X, so there wasn't much of a surprise at the unveiling. That said, the new images do paint a fuller picture of what we’re getting. What's striking is the Toyota signature, which is very present. We have the impression we're looking at the next generation of the RAV4.

It’s clear that special attention has been paid to aerodynamics, while the openings are kept to a minimum at the front and the model's profile is very tapered. As for the grille, it pretty clearly announces what kind of powertrain the vehicle features.

Some people will like the look of it, others not so much. It does has the merit of being recognizable, and we think it looks pretty good, all in all. The final version we’re meeting today is pretty close to the concept, with a few exceptions, like the wheels. 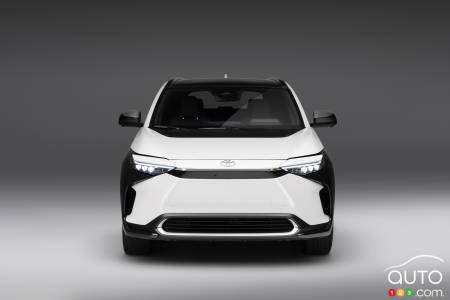 The capabilities
Toyota's press release doesn't go into any detail on what kind of electric motor makes the bZ4X go.  The only capability announced is the range, estimated at around 400 km for the XLE version (with front-wheel drive). We know the model is built on Toyota’s new e-TNGA architecture, created specifically for EVs. The lithium-ion battery goes under the floor and benefits from a structure that will stiffen the whole structure of the vehicle. Toyota promises solid handling and a centre of gravity that will allow both sporty and reassuring driving.

Toyota is also promising something else, this time in terms of driveability. It confirmed the debut of a new all-wheel drive system including XMode and Grip-Control settings. There’s mention of light off-road driving capabilities - keep in mind that there is definitely some Subaru input in this model.

The company also explains that it has worked on improvements to make the energy-consuming elements of the car less energy-intensive in winter. These improvements include a heat pump system for the air conditioning, radiant heating for the feet and legs in the front and new systems for the heated seats and steering wheel. Inside
Inside, the presentation is really different from Toyota’s usual formula. The images speak for themselves, but pay attention to the instrument cluster within a new design that is offset from the driver. The result is a more spacious feel. On the centre console, the vertically arranged screen establishes itself as the nerve centre of the cabin. Also, Toyota promised that the structure of the vehicle means second-row occupants will enjoy more legroom, notably as a result of the flat floor.

On the technological front, the bZ4X will a bunch of Toyota innovations, not least among them the introduction of online updates. In particular, the navigation system will benefit from information from the cloud to help drivers avoid traffic jams. As for safety, the model will be the first of the company to receive the Toyota Safety Sense 3.0 suite. The bZ4X (the bZ stands for Toyota's Beyond Zero approach) is at the heart of the Japanese automaker's strategy to have 70 electrified models on the road around the world by 2025. Of these, 15 will be purely electric and seven will carry the bZ letters.

When the bZ4X joins the lineup next year, Toyota's lineup in Canada will consist of almost 40 percent partially or fully electrified models. 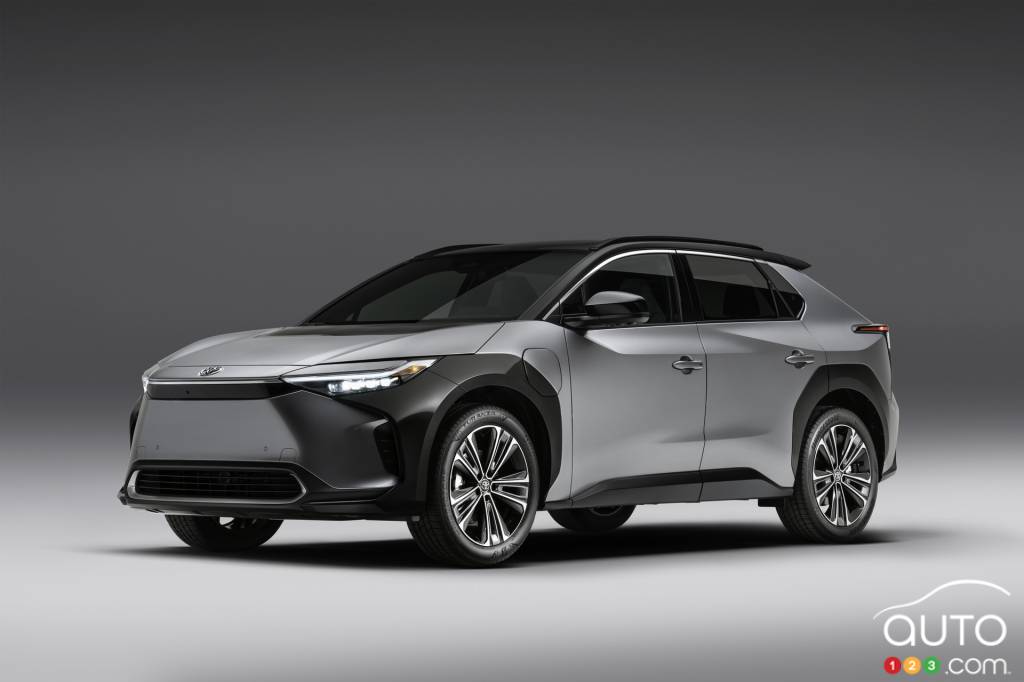 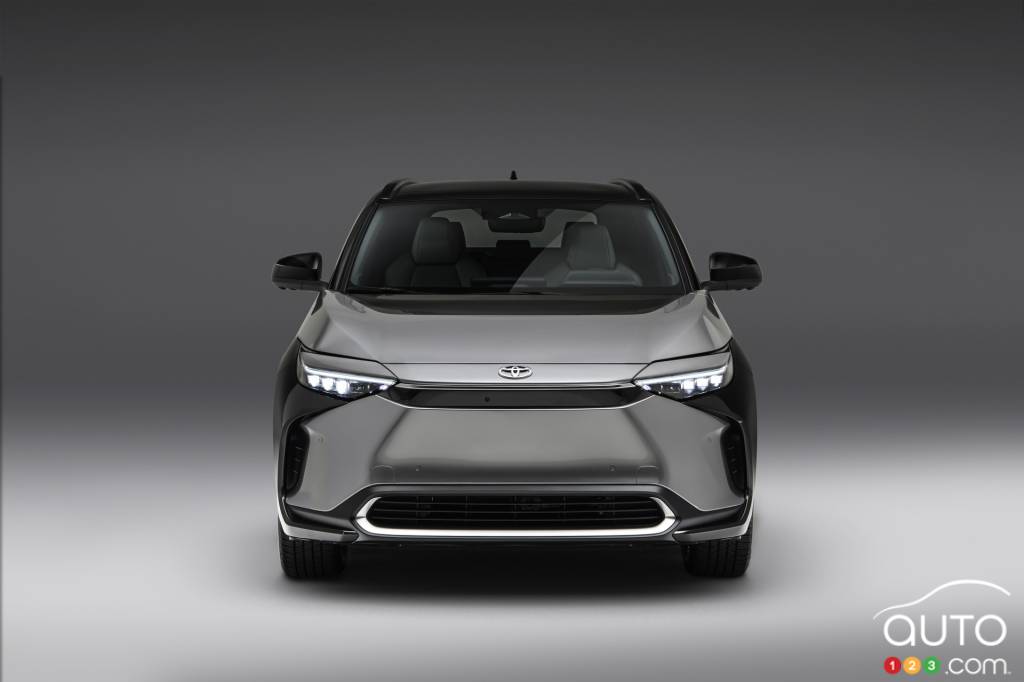 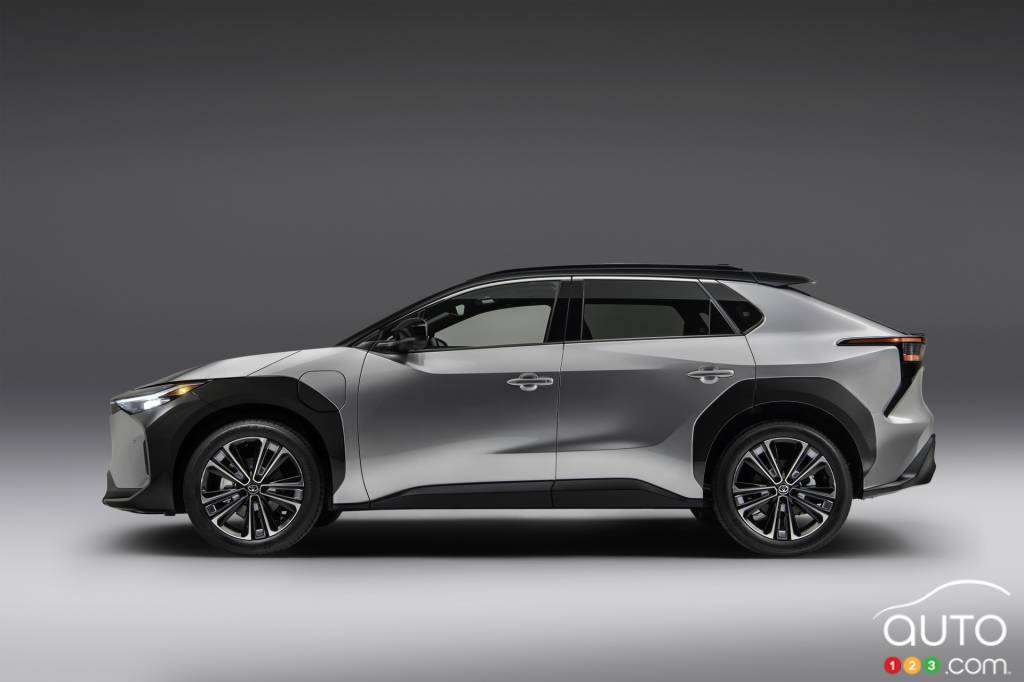 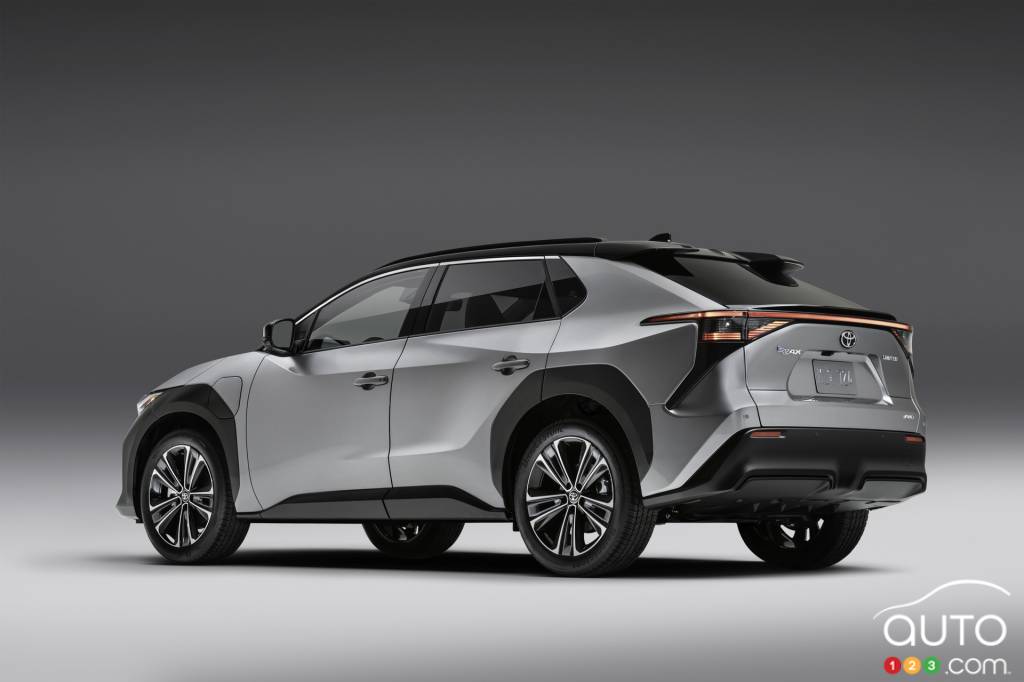