We reported last week on Toyota’s decision to pull back on its original plan to build Corollas at the new assembly plant being built conjointly with Mazda in Huntsville, Alabama.

The company confirmed that due to industry trends, it won’t be the new Corolla rolling off the assembly line at the new factory but a new SUV.

Already there was some conjecture about what form that new utility model could take, and now Motor Trend is reporting further details on not just what Toyota has in mind for the Alabama plant, but also Mazda.

FT-4X
In the case of Toyota, the SUV it’s planning could well turn out to be a production version of the FT-4X concept first unveiled in 2017. This model would fit into the company’s product range between the C-HR and the RAV4. We shouldn’t, however, expect an off-road-focused vehicle like the FJ Cruiser, however. We’ll also have to see how streamlined the styling ends up being. 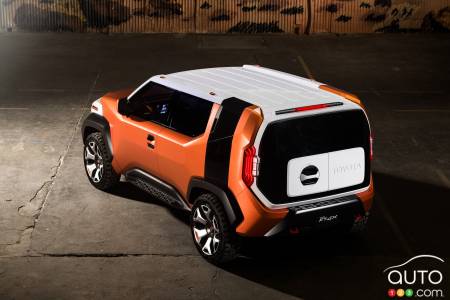 CX-7?
Mazda, meanwhile, is thought to be developing a new – you guessed it – SUV, one that would slide into the lineup between the CX-5 and the CX-9, and be tasked with taking on the new Honda Passport and Chevrolet Blazer, both newly introduced in the past few months.

Two different vehicles
The good news is that the models in question won’t be twins, identical save for the badging and nameplates. It’s highly likely the two models will share a number of components in order to facilitate the parallel assembly of both models at the same facility, but each would be developed separately. The partnership between the two Japanese manufacturers aims especially to gain economies of scale, not of design or engineering.

The new plant should start operations in 2021, which means the models that will be built there should be ready for show and tell next year. And the Detroit auto show in June seems to us a fitting occasion for that… 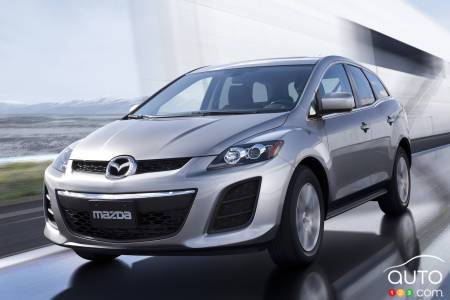 Toyota Will Build SUVs and Not the Corolla at New Alabama...

Toyota says it will build a new SUV model and not the Corolla car at the new assembly plant it is building in partnership with Mazda in Huntsville, Alabama. ...

Infiniti has announced that production of the new QX55 SUV will be delayed by five months. The factory tasked with building the coupe-like utility model is i...

Working in a Car Assembly Plant: A Job for Super Heroes, ...

When Toyota Canada invited Auto123 to take a tour of its assembly plant in Ontario, we made like tourists and headed on down there! Think you know what it’s ...