We’ve known for a long time that Toyota and BMW have been working together on a new joint platform, which will serve the former’s next-generation Supra and the latter’s new Z4.

The results of their work are about to be unveiled. By this time next year, the two models will have been officially introduced to the general public. The Supra, for its part, has already debuted in concept form, at the 2018 Geneva auto show.

As these models represent the first fruit of what is a relatively new partnership, no one really knows what to expect. Will the Z4 display some Japanese traits? Will the Supra approximate German mechanics to the point of being stripped of its Toyota characteristics?

What’s more, will the two models even be distinct from one another?

Toyota this week sought to answer this question and reassure fans of the Supra. The Japanese automaker reiterated its promise that the new Supra would have unique driving dynamics that render its quite different than its platform-sharing Z4. 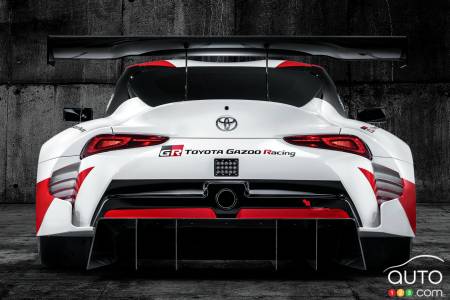 Concretely, Toyota wants its creation to be a pure sports car, without much attention paid to luxury or even comfort. Which is quite a statement to make…

"Both cars have completely different suspension and software calibration, for example. Practicality and comfort were almost not considered."

- Tetsuya Tada, chief engineer for the new Supra and the Toyota 86, in interview with Motoring Research

Toyota has directed its designers and engineers to put together a product that stands out and not one that approximates its platform mate, as is the case with the Toyota 86 and Subaru BRZ pairing.

Don’t expect, however, that Toyota will deliver a Toyota 86 with its performance beefed up. Toyota has already warned consumers of the hefty price tag that will come attached to the Supra. It will target a much more affluent demographic than the 86, to be sure.

More details will be forthcoming as the year goes on and we get closer to a reveal date.

The level of anticipation for the upcoming new Supra from Toyota is at a fever-pitch since the presentation of a concept version in Geneva. But this week’s s...