There isn’t a market around the world where the move to electric mobility (vehicles and transportation in general) is not already making itself felt. While the majority of manufacturers are planning or already introducing electric models, several countries and municipalities are taking steps to ban the sale of gas- and diesel-powered vehicles, and their use in urban areas, by 2040 or 2050.

The long-predicted transformation is now, in fact, becoming reality. The days of the combustion engine are numbered.

Volkswagen has just gone so far as to put an expiration date on them. Or we should say, a year. The company says it will no longer work on developing gas- and diesel-powered engines as of 2026, that doesn’t mean they will disappear off the market immediately. Models equipped with combustion engines that appear before then will continue to be sold until the end of their generations – on average, that means five years or so, and no more than eight. In reality this means that VW will sell only vehicles powered by electricity by 2033 or 2035.

One caveat to this is that the company may continue to offer combustion-engine models in regions where charging infrastructure for electric vehicles has not been sufficiently established. The automaker’s conservative estimate of when it will truly be an all-electric brand? 2050.

"Our colleagues are working on the last platform for vehicles that aren't CO2 neutral. We're gradually fading out combustion engines to the absolute minimum."

Those of us still around in 2050 will be witness to a significant new chapter in the history of the automobile. 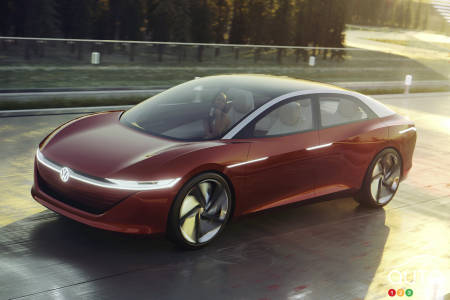 The Integra Will Likely Be Acura's Last New ICE Model

The Acura Integra will, it seems, be the last new Acura car with a gasoline engine brought to market. According to Automotive News, which spoke with a senior...

Ford’s Eluminator electric crate motor came and went at the SEMA show. Buyers snapped up all available stock on the kit, which confirms once again the strong...