The flying car is an idea that has fascinated humans for more than 100 years, and not just sci-fi-obsessed kids and teens. Some prototypes have emerged throughout history, including the Flying Car Hall in 1946, which could conceivably have changed automotive history completely.

With technologies developing exponentially today, it's not surprising that manufacturers are taking an honest-to-goodness interest in the concept of flying vehicles. The most recent automaker to confirm its interest in the notion is Volkswagen. The German automaker is currently conducting a feasibility study on the possibility of one day moving forward with flying cars on the Chinese market. Here’s what VW had to say:

“Beyond autonomous driving the concept of vertical mobility could be a next step to take our mobility approach into the future, especially in the technically affine Chinese market. Therefore we are investigating potential concepts and partners in a feasibility study to identify the possibility to industrialize this approach.”

In an interview with Volkswagen's CEO Herbert Diess posted on Linkedin, VW’s boss in China, Stephan Woellenstein, said the company wanted to develop a drone that could be licensed, giving it a way to participate in this future market.

China is the world's largest automobile market and also happens to be where Volkswagen racks up the most sales.

This news comes at a time when a host of emerging companies, as well as established manufacturers, are competing to develop “robo-taxis” designed for commercial use. According to Morgan Stanley, this market could be worth $1.5 trillion USD by 2040. It's easy to see why so many are takin a close look at the possibilities.

In addition to major players like Volkswagen and Airbus, groups like Joby, based in the United States, Lilium, in Germany, and Volocopter, backed by Daimler and Intel, are pursuing projects in the field.

Lilium, for example, announced last November that it would set up its first U.S. base near Orlando, giving more than 20 million Floridians access to the company's electric winged aircraft. These can take off vertically and cover a distance of 300 km. 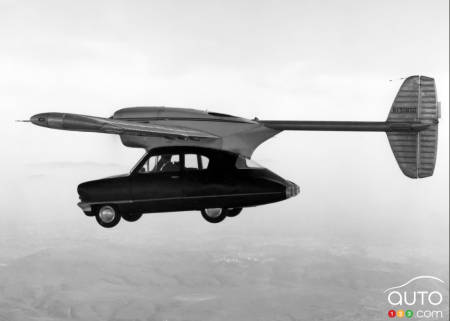 Volkswagen has presented its new Tiguan X. The coupe-style SUV derived from the brand’s compact SUV will be marketed in China only, and it highlights the gro...

The all-new Volkswagen iBeetle, which made its global debut at Auto Shanghai 2013 during the weekend, will go on sale in early 2014 as a Coupe and Cabriolet....

You may remember that Volkswagen introduced the CrossBlue Concept in Detroit this past January. This time at Auto Shanghai 2013, the German automaker unveile...