Volkswagen introduces the Tiguan X SUV… but only China will get it.

It’s nothing new for automakers to offer different models or variants from one country to another. This is particularly so for the Chinese market, and Volkswagen's latest model is a very good example of this.

We speak of course of the Tiguan X. The model, while brand-new, is essentially a coupe version of the popular SUV currently offered in China - and which, just to make things more complicated, is different from the North American Tiguan. It's positioned as a sportier and more dynamic offering, a bit like the slot the Atlas Cross Sport occupies here in relation to the regular Atlas.

Though nothing is officially confirmed, it seems more than clear the new Tiguan X will only be offered in China. Volkswagen has said nothing about the possibility of bringing it to North America or even exporting it to its home turf in Europe.

Outside
At the front end, there’s no difference with the regular Tiguan sold in North America. It's a different story of course in the back, which gets a plunging roofline yet still offers generous cargo space. The Tiguan X accomplishes this by being much longer (4.77 meters) than the long-wheelbase Tiguan. The model is actually based on the Tiguan Allspace, which explains its increased dimensions. 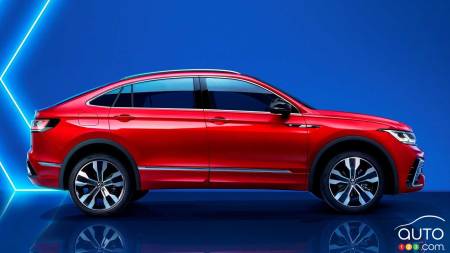 Under the hood, consumers will choose from one of two 4-cylinder TSI engines, offering 186 and 220 hp, respectively. These engines come standard with a 7-speed dual-clutch DSG automatic transmission. No performance data has been released so far, but this Tiguan X should offer similar capabilities to the Chinese-market Tiguan Allspace, which means a 0-100 km/h acceleration time of about 10 seconds.

That might not be sufficient for North American consumers, if the Tiguan X were ever to be offered here.

Beyond the specs and the looks, however, what’s notable about this newest VW product is that it highlights once again the growing chasm between the company’s North American and global offerings. For Canadians who have long liked Volkswagen’s vehicles, there’s reason to lament the direction the company is taking in North America, which is to offer products designed more and more specifically designed for U.S. consumers and their preferences.

Would this Tiguan X be a hit here in Canada? It’s a moot point, for now anyways, but we should think so. 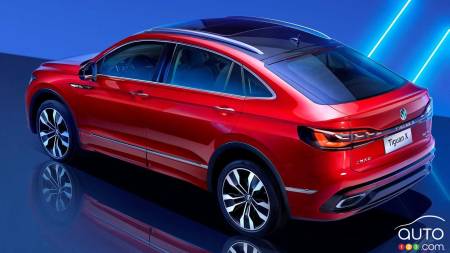 Which vehicles offer the best overall value in 2022? Auto123.com investigates in totally unscientific fashion and comes up with the best choices for your mon...

A mid-cycle redesign gives the 2022 Volkswagen Tiguan better arguments to convince buyers in the compact SUV category, but is it enough? Here's our first tes...