Last year Volkswagen had rolled out its Atlas Tanoak pickup concept at the New York Auto Show. This year, the company is back with another pickup prototype, the Tarok.

While the Atlas-based pickup was nixed for commercial production due to production costs deemed too high, the new Tarok is being seriously considered for our part the globe – in fact it has already been confirmed for Brazil.

What’s particular about the new VW pickup is its more compact size. Offering the vehicle in North America would allow the company to enter the now-lucrative midsize truck segment with a unique pickup that’s the right size, and at the right price point.

Not that the Tarok would compete head-on against midsize offerings like the Chevrolet Colorado, Ford Ranger or Toyota Tacoma. Rather it would be presented as an alternative choice to the Honda Ridgeline – in other words, a utility vehicle with a bed on the back. 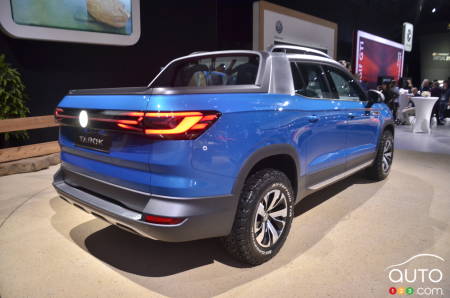 Said Scott Keogh, head of Volkswagen in the U.S., "We've been looking at this for a while now, it's probably the biggest open...white space in our portfolio." The executive referred to the Tarok as a trial balloon, and pointedly refused to confirm it was headed for the North American market. He elaborated on VW’s thinking in terms of pricing:

"I do see an opportunity where these trucks have all moved into the $50,000s and the $60,000s and beyond. And that is the price of an expensive luxury car. I think there's an opportunity… I think you could put a vehicle like that in the marketplace in the mid-$20,000, with proper engine, proper everything."

If the project does get the green light for North America, it will be equipped with a 4-cylidner engine and the manufacturer’s 4Motion all-wheel-drive system. 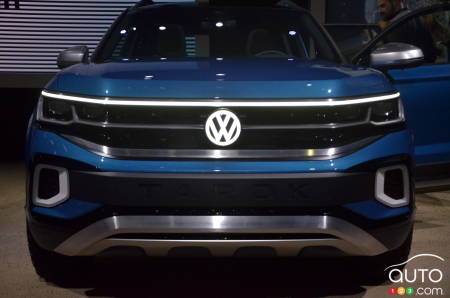 For the rest, we’re left to speculate. Would a vehicle of that type and size interest you if the price point was around $25,000?

Check out our photo gallery for a deeper look at VW’S Tarok prototype. And speaking of deeper, make sure to check out how deep the bed is! 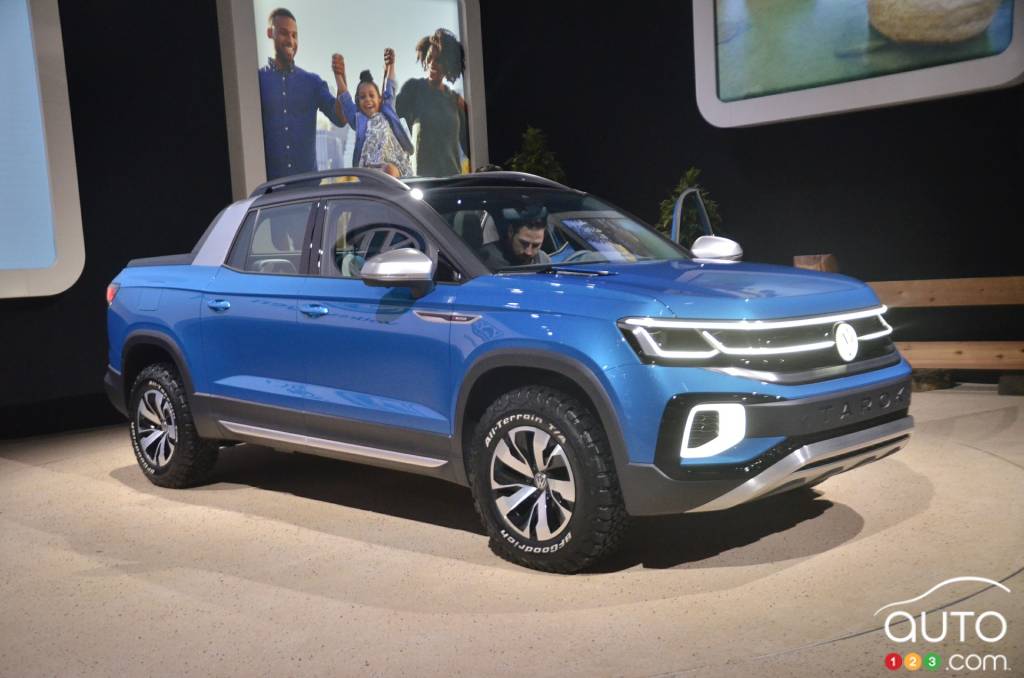 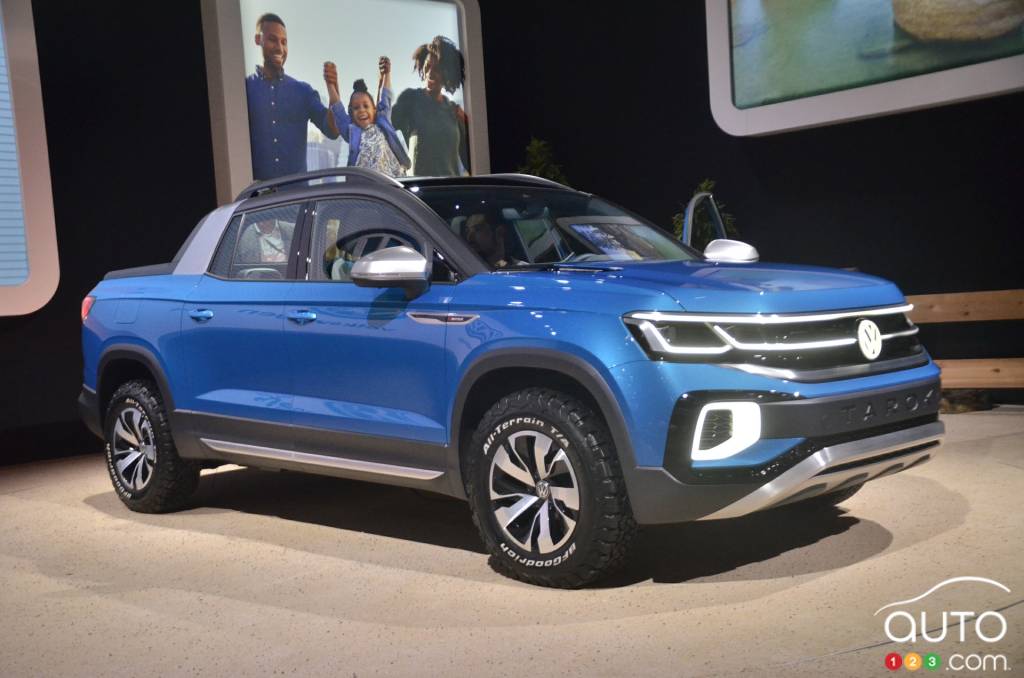 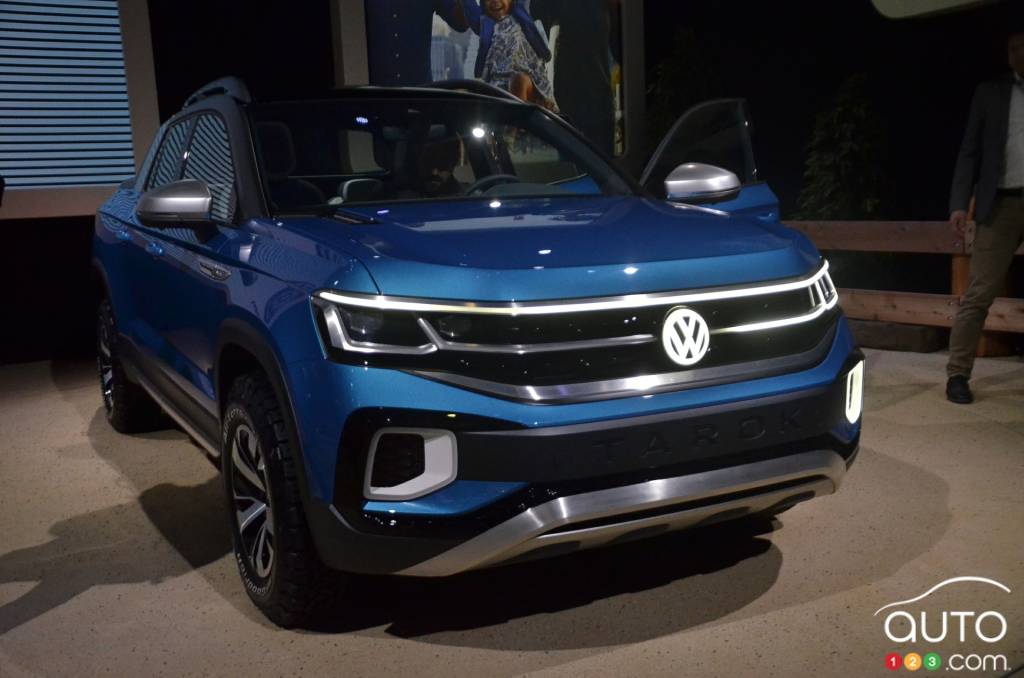 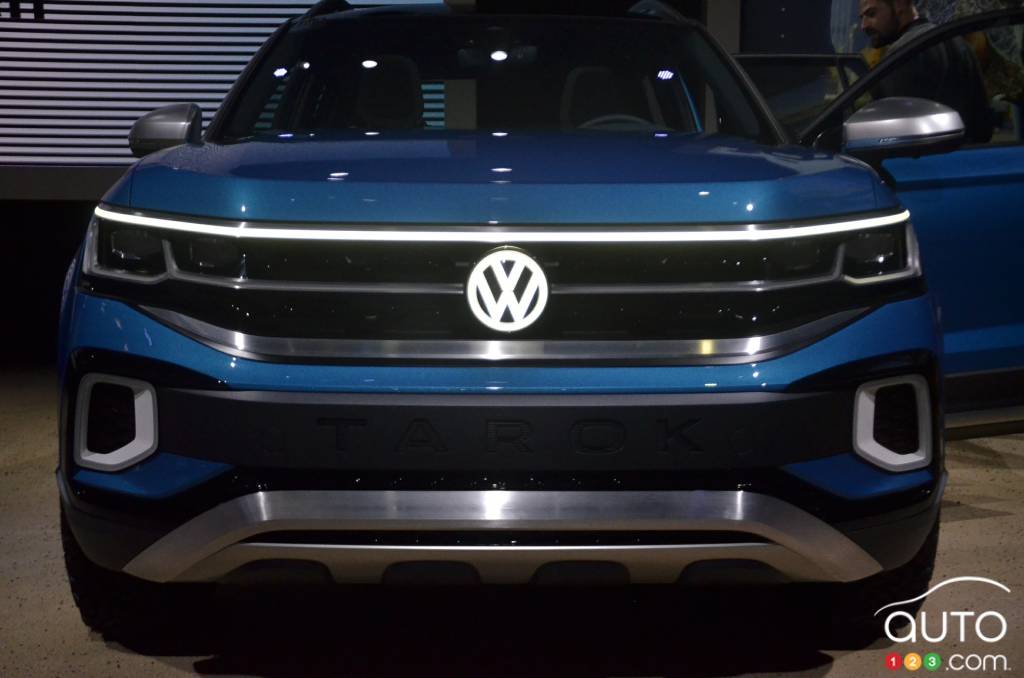 Photos:D.Rufiange
Photos of the Volkswagen Tarok
See the complete Gallery

We head for the basement of the Jacob Javitz Convention Center to discover the pickups showcased at the 2019 New York Auto Show, and find big ones, little on...

Volkswagen has registered the Amarok name for North America. Though Volkswagen is confirming nothing, the move reignites rumours that the next generation of ...