Volvo was one of the first automakers to announce its intention to become an all-electric brand a few years ago. In Canada, starting next year, the company has confirmed that all vehicles it sells will be electrified in one form or another. The Swedish automaker's Canadian lineup will include only hybrid, plug-in hybrid and all-electric models, in other words.

The company added that all of its models next year will also come with the integrated Google application.

Globally, the company is aiming for 2030 to eliminate gas-engine-only vehicles from its roster, and it continues to plan to reach carbon neutrality in 2040.

In Canada, Volvo's mild hybrid vehicles come equipped with a braking energy recovery system. This is not enough to make them run in full electric mode, but the electric motor's contribution means that gas consumption is reduced.

The automaker’s plug-in hybrids, meanwhile, have been tweaked this year to offer more electric range. With the S90 Recharge sedan, for example, we recently drove nearly 70 km in all-electric mode before the gas engine had to kick in. 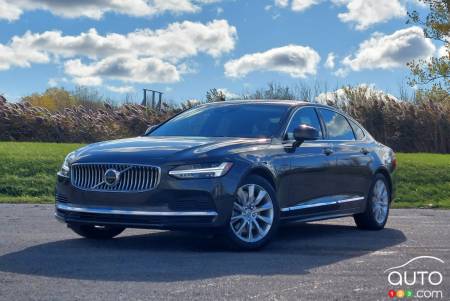 And, of course, the all-electric models include the XC40 Recharge and the C40 Recharge, with more to come.

As for Google's presence, we'll see it extended across the lineup in 2023. This includes the Assistant for voice commands, Google Maps for navigation and the Google Play Store for additional apps. The multimedia system that will equip all 2023 Volvo models can receive over-the-air updates as well.

Volvo's 2023 models will gradually start showing up at dealerships as of this summer. 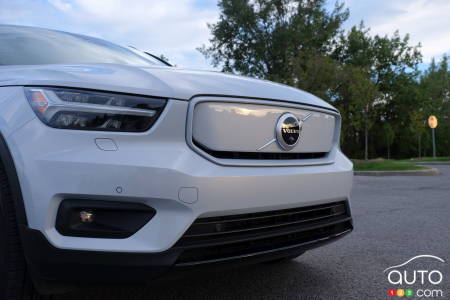 VinFast has announced Canadian pricing for the first two all-electric models it is introducing in North America. While government incentives won’t be availab...