A decaying airbag inflator was found to be behind one fatality, spurring the large-scale recall Automotive columnist: Derek Boshouwers , Updated: 2021-10-07

In a report sent to the NHTSA (National Highway Transportation Safety Agency) in the U.S., Volvo says it is aware of one case where a ruptured inflator led to the death of a vehicle occupant. Its investigation, which started in August 2020, showed that tablets of propellant in its vehicles’ airbag inflators could decay if exposed to moisture and high temperatures, leading to the formation of dust particles and an eventual rupture.

The problem is similar to the one that affected Takata airbags, which led to a number of deaths worldwide and the largest series of recalls in history. Some 100 million vehicles from many different automakers have been recalled over that problem in the past decade.

The airbag assemblies in the affected Volvos were manufactured by German parts supplier ZF Friedrichshafen AG, which participated in Volvo’s investigation. 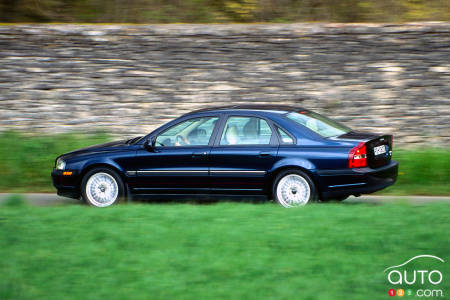 Volvo is issuing another recall over a potential problem with airbags in older vehicles. The affected models are the V70 and XC70 from 2001 to 2007.

Volvo is having to recall 85,550 vehicles due to a potential fuel pump problem. A fuse that is not strong enough is believed to be the cause of the failures ...