Reinforcing a strategic partnership first announced in August 2016, Volvo has just entered into a new non-exclusive agreement with Uber that will see the car-sharing giant buy several tens of thousands of autonomous driving-compatible vehicles between 2019 and 2021.

These vehicles will be built on Volvo’s fully modular SPA (Scalable Product Architecture) platform, already in use on the top-range 90 series of vehicles as well as the next-generation XC60 crossover.

“Our aim is to be the supplier of choice for AD ride-sharing service providers globally. Today’s agreement with Uber is a primary example of that strategic direction.”

Volvo engineers worked in close collaboration with those at Uber to develop the XC90 utility models that will expand the car-sharing company’s fleet of vehicles. Uber will then be able to add its own self-driving systems.

The Swedish automaker, for its part, intends to launch its first 100% self-driving models in 2021. 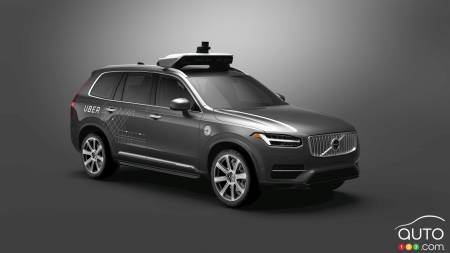 One third of Volvos to be self-driving by 2025

Already having said it wants half of its vehicles to be fully electric by 2025, Volvo now has announced it expects one-third of its models to be self-driving...

The development of autonomous driving will translates into greater comfort and simplicity for motorists. In the view of Volvo, living spaces and traffic area...

The Drive Me pilot project in Gothenburg, Sweden, is the first in a number of planned public trials with autonomous Volvo cars.