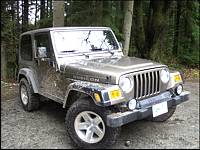 This is not a city car! The 2003 Jeep TJ Rubicon is specially tailored to those who have a passion for off-roading and any other terrain that doesn't involve pavement. I however, used it as a city car, but in so doing made sure that those who took notice would see that it was meant for more than pavement. After a night of urban off-roading (driving around in a muddy parking lot) I mucked it up, way up. It had mud pies festering on its side-view mirrors and soil streaming across the doors. Filthy is how a Rubicon should look next to city folk's perfectly detailed sedans and coupes. Besides, TJ's are driven to be dirty. 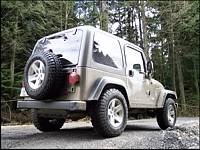 An elderly lady had parked her minivan beside me at London Drugs. When we both simultaneously arrived at our vehicles, well I wish I could describe the expression on her face when she saw me climb in. I looked over at her and she was appalled at the disgraceful sight beside her. Her face was contorting in a confusion that seemed to translate into how and why I would let my car get so filthy. She continued to stare and comment to her friend, and then gave me a "dirty" look. I just went on my way. But looking back I wish I had the chance to explain to her that a machine equipped with a 5-speed manual transmission actuated 4.0-L Power Tech inline 6-cylinder engine producing 190 horsepower at 4600 rpm, and 235 lb-ft of torque at 3200 rpm, is in its natural state when displaying Mother Nature on its sides. True, I should have power washed the Rubicon so the lustrous light Khaki Metallic Clear Coat could shine through, but like I said it's driven to be dirty.

If you drive a garden variety big SUV, you're probably all too familiar with the withering look of disdain and disapproval cast upwards from the driving publ...

After a hearty day of snowboarding, I was riding down the Blackcomb Gondola in Whistler, B.C. My destination was "Base II", the potholed parking lot of plent...

What a difference a model year makes. Toyota's 4Runner has made a quantum leap from one of the most dated in its class to what just might be the category lea... 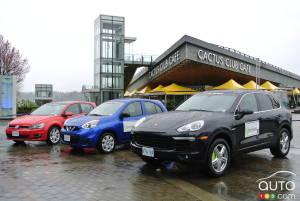 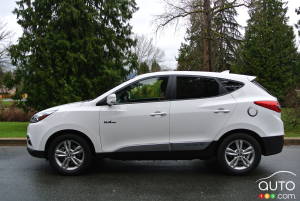