After I drove the 2012 Nissan Frontier Pro-4X, I admit that this compact pickup, with its barely 5' long standard box, looks like a mouse scampering past Ford F-150s's on the road. Despite its miniature size, my wallet still felt the pain whenever it was time for a fill-up…

Design version Nissan
I like the 2012 Nissan Frontier's looks. Its distinct style is pleasing to the eye. In my opinion, Nissan's design team has done an excellent job. There is an overall robust impression that is mitigated by the tasteful blending of the different bumper colors with the sheet metal. Goodbye motley-coloured plastic panels and overdone chrome plating!

The approach is more sedan than truck, but we are comfortable imagining it in both urban and commercial use. The 2012 Nissan Frontier is a compact that is as much at home on everyday city drives as it is on construction sites.

The overall output of this engine is quite reasonable when you compare it with its main competitors. The Honda Ridgeline gets 250 hp out of its 3.5L V6, while the Toyota Tacoma squeezes 236 hp from its 4.0L V6. The Chevrolet Colorado cranks out 242 horsepower from its 5-cylinder 3.7L engine.

I loved the 2012 Nissan Frontier’s 4X4 drive mode selector. It's very simple and consists of a round switch that you turn to make the selection. And best of all, you can switch to four-wheel drive on the move. There's no need to stop and no automatic mode that keeps cycling between 2- and 4-wheel drive. Just one big beautiful button!

That half-sedan, half-pickup feeling
The suspension in the 2012 Nissan Frontier is fit for a school bus. Although the front suspension is independent, the rear suspension is of the solid-axle variety. This is what you want when it's time to haul heavy loads… On the other hand, driving around town can become a bit bumpy, although not painfully so. This is exactly what you would expect from a small, van-type vehicle.

As far as the handling in the 2012 Frontier goes, it’s all very Nissan. With its speed-sensitive rack and pinion power-assist steering, you really don’t have the impression that you need two full rotations of the wheel to turn a corner. In fact, I found it quite nimble around town.

A time-travel machine
It’s five years later, and we’re still knee-deep in a plethora of cheap plastic in the 2012 Nissan Frontier. The interior hasn’t really changed and the steering wheel’s hard plastic finish remains tacky. Control buttons were added to the wheel and a smidgen of finish was added to the dash -- but as far as everything else is concerned, we are trapped in time warp.

Sound damping in the 2012 Nissan Frontier is acceptable, making the truck as easy on the ears as riding in a sedan. As far as overall comfort goes, it’s still 100% pickup truck! The seats are OK, but forget bucket seats and thigh support. It feels like sitting on a padded park bench.

The 2012 Nissan Frontier’s Rockford Fosgate entertainment system is the same found in Mitsubishi and Suzuki vehicles. Overall, there are 10 speakers and a subwoofer, which is way more than necessary for a pickup truck, even with a five-passenger cab. There is no navigation system in sight, but the Bluetooth option is well integrated into the system, and you'll find this very basic system easy and simple to use.

Wheeling and dealing
You can get your hands on a Nissan Frontier Pro-4X Crew Cab for $38,878. Although bigger pickups, such as the Ford F-150, offer more power and space for approximately the same price ($40,299 for the XLT SuperCrew), the Frontier is targeted at a different type of clientele.

In the ''urban hauler'' category, you might want to consider the Honda Ridgeline, with its refined look and similar price range; its well-equipped Sport model sells for $37,790. The Toyota Tacoma TRD Double Cab is priced at $35,050. 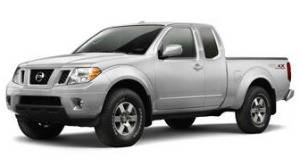 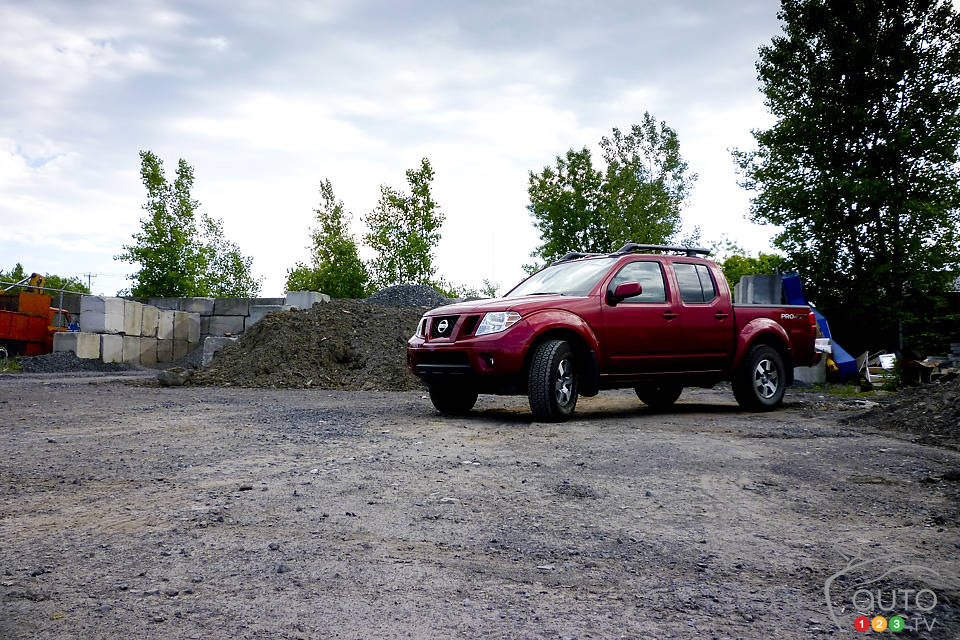 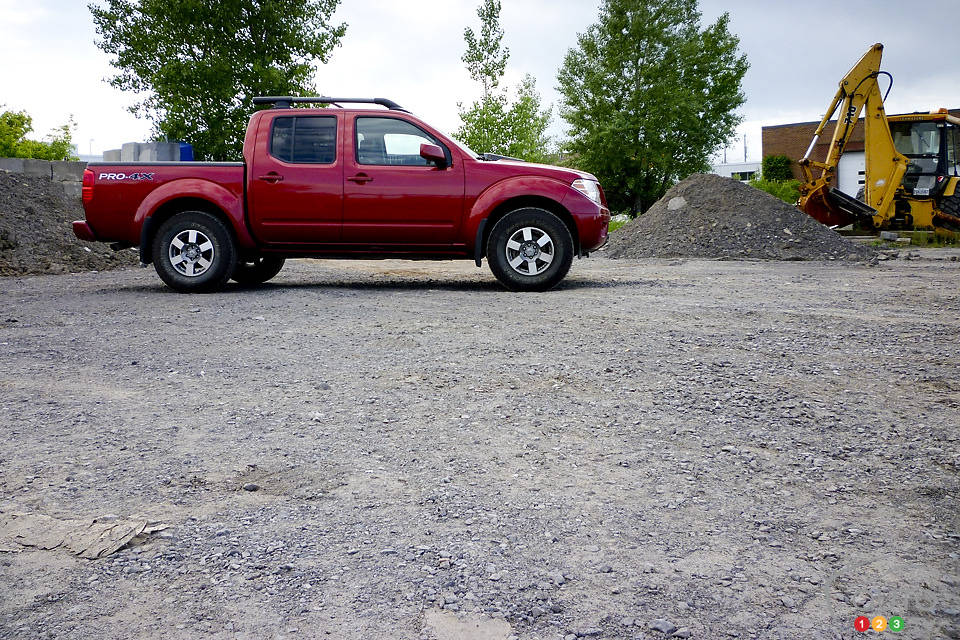 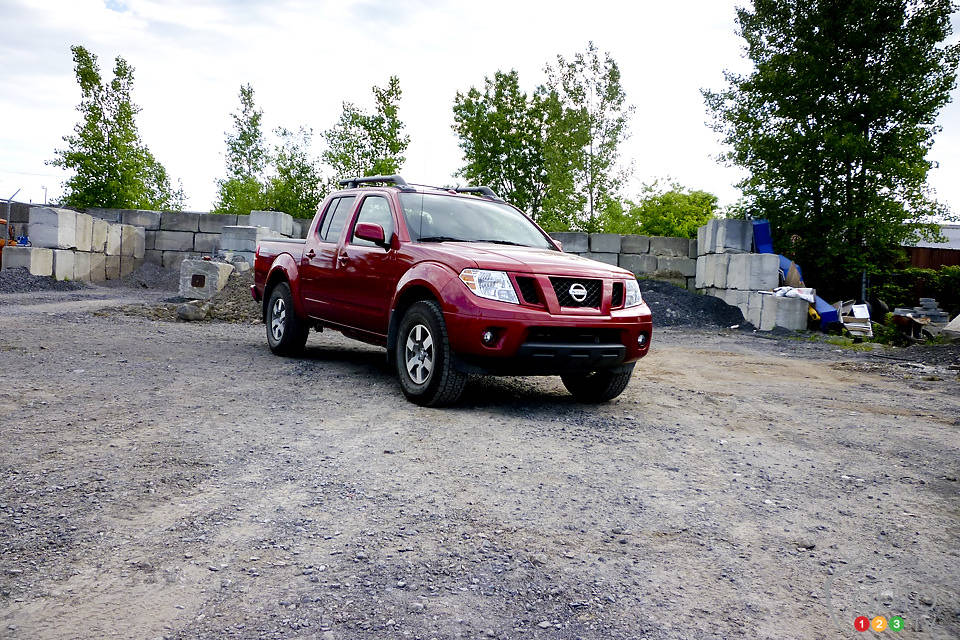 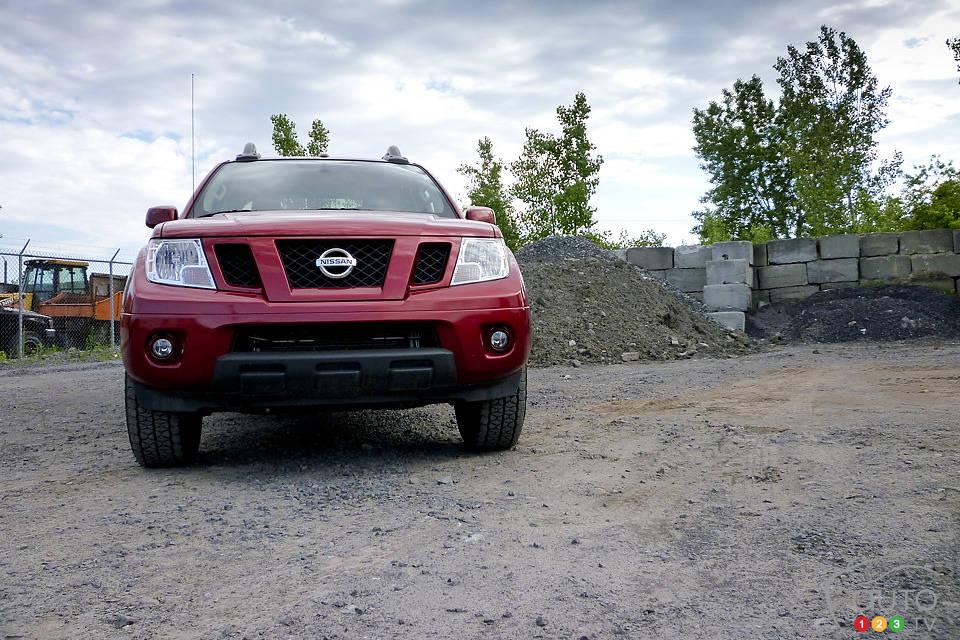 I would argue that most Harley-Davison riders want to be noticed, often doing so by shattering the already tattered calm of the city. The same likely holds t...

The small pickup segment got pretty thin after the demise of the Chevrolet Colorado/GMC Canyon and Ram Dakota in 2011, and then the venerable Ford Ranger (an...

Ram is currently recalling 48,517 pickup trucks in Canada due to a steering issue.