NASHVILLE, TN - "If you want to make a small fortune in horses, start with a large one," the saying goes. There's nothing cheap about horse ownership, and a lot of us become deft hands at bartering to support our habits.


Transporting such large, heavy beasts requires a serious truck, which are also large heavy beasts known to consume a lot of fuel. There's been a lot of talk around our own stable recently about the new Ford F-150's boast of 12.9L/100KM city, 9.0L/100KM highway fuel consumption. However, the latest Ram 1500 aims to trump those numbers. Its new 3.6L Pentastar and 8-speed transmission powertrain promises a 20% reduction over the previous model's for a class-leading 11.4L/7.8L/100km.

The truck segment has become very competitive; not only do buyers expect durability and reliability as a matter of course, but manufacturers are vying for those hard-won dollars with increasingly diminishing fuel consumption.

When it came time to update the venerable Ram for 2013, the original goal was a simple refresh, but it was decided that a more significant update was in order.

According to designer Jeff Aneiros, the Ram was already the "best-looking truck in the segment" and while they didn't want to mess with that, the front end was updated while still maintaining its signature character. That huge blunt prow now tilts forward in a shark-nosed style -- rather than the dumb beast of burden, it now appears more alert and aggressive. Vertical fog lamps cast a wider swath of light, and premium trims receive projector beam head and tail lamps with 18 LEDs.

Of course, with fuel consumption being paramount, most of the changes reflect better aerodynamics -- including the wheel-to-wheel running boards, and "active grille shutters" that close to improve air flow when not needed to cool the engine bay.

Top level trims boast premium leather, and the Laramie Longhorn features wood sourced from French cattle ranch fencing. Apparently, the wood's distinctive burling is a result of barbed-wire having rusted away, leaving behind an intricate pattern. It's pretty plush, the broad seats accommodate the largest of manly backsides, with deep cushioning and soft-touch armrests.

Generally, V6 trucks are at the bottom of the hauler food chain, considered useful as 2WD lightweight runabouts only. Chrysler feels confident enough in this combination to offer it in Crew Cab and 4x4 configurations. It claims best-in-class towing with a max capacity of 2,554 kg and a payload of up to 884 kg.

We drove a regular cab 4x4 in SLT trim -- a fairly straightforward, workmanlike truck. Without the extra space provided by rear seats, we were duly impressed by the lockable storage compartments on either side of the truck's bed. They were roomy enough to accommodate both of our laptop bags, jackets and camera paraphernalia. Chrysler bucked tradition a few years ago when they released the Ram with a 5-link coil suspension instead of the usual leaf spring setup -- and garnered a fair bit of criticism. I own a Dodge truck, and its traditional leaf-spring suspension doesn't come close to providing the same sense of composure as the current setup.

The Pentastar's output of 305 hp and 269 lb-ft of torque isn't overwhelming, but the 8-speed transmission makes the most efficient use of its power delivery. Smooth and seamless, it always seems to be in the right gear.

Although the die-hard truck guys initially made fun of the new "girly knob" gear selector, we found it intuitive, easy to use, and its centre stack location frees up extra space on the console. We liked the feel of the electric steering, but the placement of redundant function buttons on the back of the wheel was confusing: we kept mistaking them for paddle-shift like gear selection, and periodically changed the radio station and odometer readout.


Air suspension impresses
Trading in our SLT Regular Cab for a loaded 5.7L Hemi-powered Crew Cab 4x4, we headed into the field to tackle some ditches, logs and embankments. As though placing its stamp of approval for the horsey-set, a paint pony wandered over and commenced gnawing on the hood of our truck. It's a good thing we had photographic evidence, the lingering gouges on the Ram might have proved hard to explain.

This vehicle was equipped with the new air suspension system, and I can honestly say I've never been more impressed with the ride of a pickup truck. Not only did it provide four inches of ride settings (1.5"-2" clearance for off-roading), the 2013 Ram also featured automatic load levelling thanks to sensors at all four corners, and a lowering function that dropped it like a slammed hot rod for easy entry.

This truck glided over the roughest parts of the off-road course like a $100,000+ Range Rover, absorbing any roughness with supple and compliant ease. On the road, it was like driving a well-balanced sedan. Although our tester was equipped with the 6-speed transmission, the Hemi V8 will be available with the new Torqueflite 8-speed later in the year -- and has a max tow rating of 4,740 kg (10,450 lbs).

Conclusion
I'd heartily love to recommend the air-suspension equipped Ram, depending on how much of a premium it demands. The Ram 1500 starts production in September, and should be in Canadian showrooms by October.

For most folks, the energy efficient and smooth driving Pentastar/8-speed transmission will fulfill most of their hauling needs. And its fuel-stingy nature will appeal to my horse-loving friends -- although those with big rigs will probably want to opt for the larger Hemi. Before you decide to hitch the trailer to a new EcoBoost Ford, you may want to give the Ram 1500 a try. 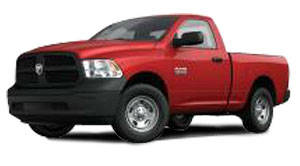 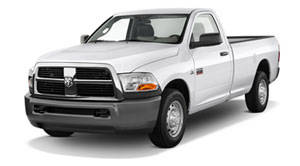 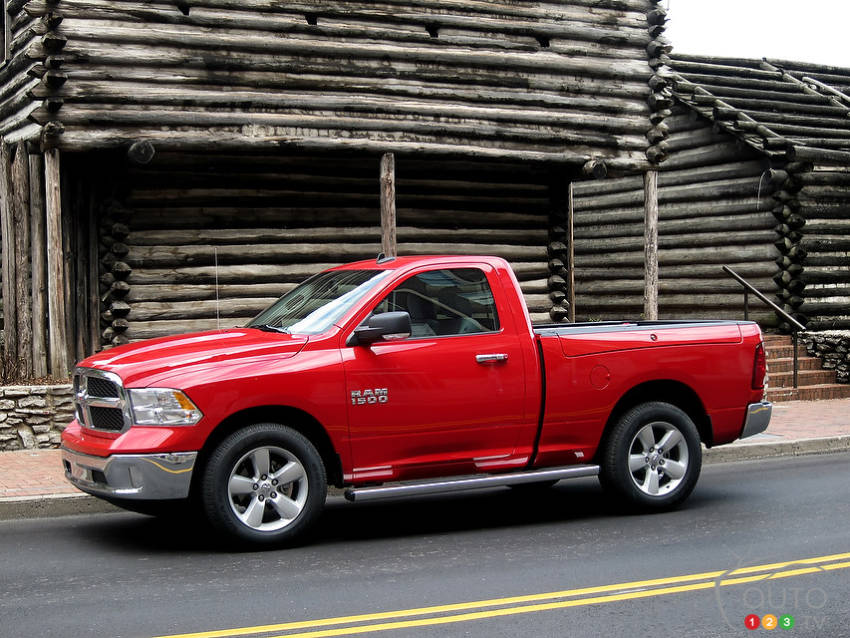 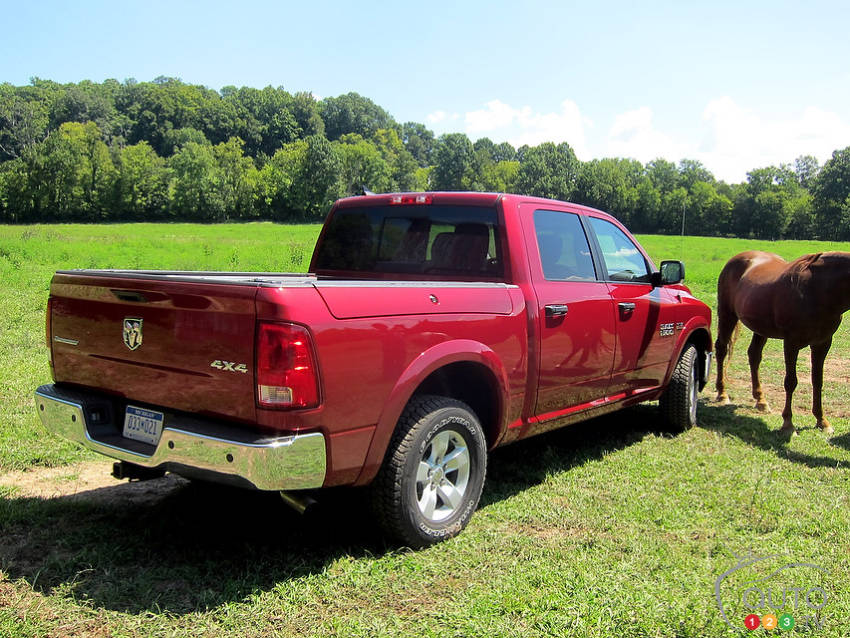 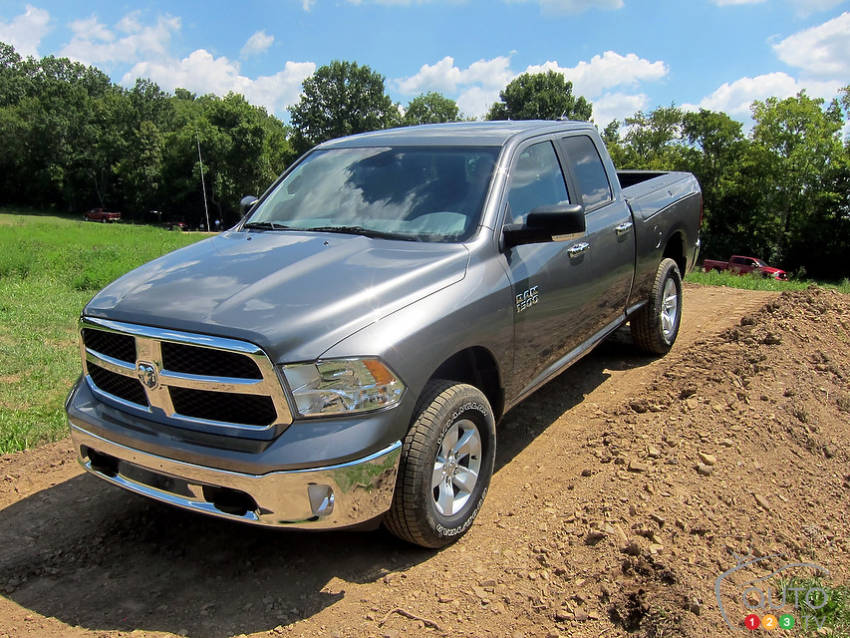 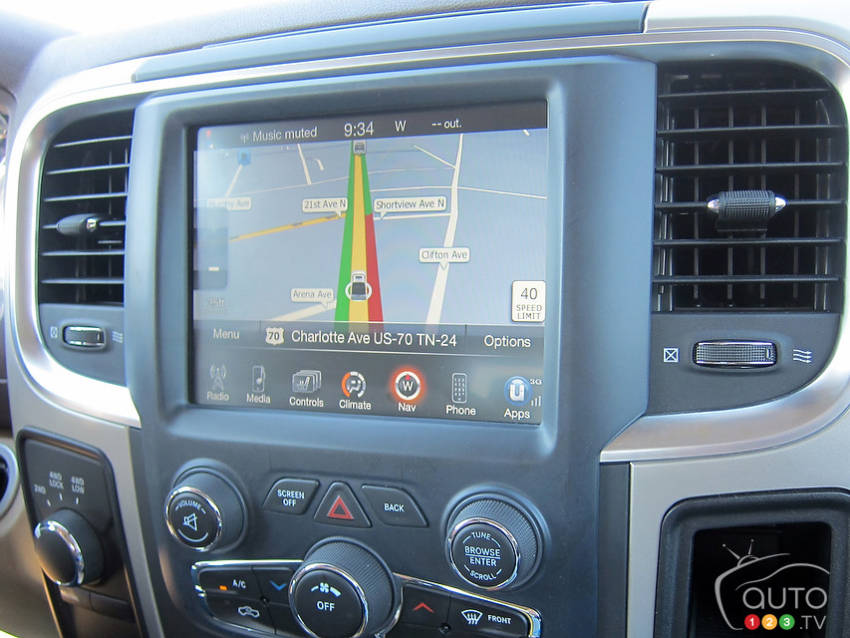 Chrysler Canada is recalling 1,424 vehicles due to a potential failure of the 8-speed automatic transmission's output shaft. Affected models include the 2013...

Over the years, my parents have had the luxury of riding in a number of different vehicles from all walks of segments. From Bentleys to Nissans, BMWs to Ford...

Used Pickups at a Glance

Few can argue with the wholesome handiness or utility that comes with owning a pickup truck. Whether you need a little truck for a year to build a new house ...