When I bought my laptop in 2010, it was the pinnacle of technology and the fastest thing I could afford at the time.

Four years later, my trusty MacBook is relegated to press trips as a mobile word processor and as a storage device for pictures of Cindy Crawford while staying in lonely hotel rooms. The heavy lifting these days is done by a much newer, much more powerful system I keep at home.

Designed a full two years earlier than my laptop, the Audi S4 was introduced to us in its current guise in 2008. Yet, it hasn’t been tossed to the corner of the garage while a newer, faster car receives more attention. The S4 is still as relevant today as it was in 2008, even as its competitors get quicker and more refined.

What is the Audi S4?
Based upon the Audi A4 compact luxury sedan, the S4 adds forced induction (and its resulting power and torque) along with some styling tweaks to set it apart from its less-costly sibling.

While the A4 starts just shy of $40,000, the sportier S4 will set you back $53,000. Our tester, in Technik S Tronic trim, rang in at $66,195 including $4,700 worth of options, including Audi Quattro Sport Differencial, dynamic steering, and suspension with damping control.

S models, and in particular the S4, may be confused for BMW M and Mercedes AMG competitors, but they’re not. Think of the S4 as an equivalent to the BMW 335xi or Mercedes-Benz C350 4MATIC. If your meter stick is Japanese, the S4 goes head to head with the Lexus IS 350 F SPORT.

Driving the 2014 Audi S4
Being one of the first compact performance sedans from Germany to drop its V8 engine in favour of a blown V6, you’d expect the S4 not to stack up well in the power department.

The 3.0L V6 is smooth while still being punchy enough to give you a little kick to the back. The fender may state V6T on a cleverly placed badge, but there is no turbo under the hood. Instead, the V6 is aided by a supercharger to crank out the extra power and torque.

While the numbers may not be impressive when you look at the competition, the Audi has a trick up its sleeve. Actually, there are a few tricks.

The first, Quattro all-wheel drive, will make certain you’ll get away from the stop light quicker than the BMW 335i beside you.

A little ways down the road, as the BMW stalks its prey from Ingolstadt, the Audi will show its prowess yet again in the corners, sticking to pavement like some sucton cup-footed lizard, thanks to its suspension with damping control and Audi quattro Sport Differential.

And, when the race is done, the Audi’s dynamic steering will still allow you to cruise around the parking lot at your destined Starbucks requiring nothing more than a pinky finger to turn the steering wheel.

Don’t for a moment think all its performance will come at the expense of ride and comfort, nor its steering effort at the cost of steering feel. The Audi S4 can equally accomplish the morning and evening commutes as it does auto slalom events, even with the 7-speed S Tronic transmission.

As far as all-rounders, this is as good as it gets, even with six years under its belt.

Inside and Out of the 2014 Audi S4
Looking at the sheetmetal, you’d be hard-pressed to tell the difference between it and the much more civilized A4.

A different grille and mesh plastic inserts around the fog lights in the lower fascia are the only defining features up front. Around the side, disregarding the wheels, the S4 and A4 are virtually identical, with the only difference being mirror caps.

At the back, things start to appear more serious: a faux diffuser insert, bookended by dual-dual exhausts, show off the true nature of what’s under the S4’s hood.

Inside you’ll find one of best interiors in the segment.

Simplicity is the cornerstone of Audi design, inside and out, and it shows. Instead of the Ingolstadt automaker loading the S4 up with every possible gizmo, gadget, and whatchamacallit, the technology is straightforward and controls are as they should be.

If BMW is a full-featured, do-anything Android phone, the S4 is the iPhone 5S. Sure, you can’t do as many things, but the things you can do are easier to do and more intuitive.

The Audi does have one (incredibly minor) issue with its interior: the volume knob. Instead of being placed on the driver’s side of the centre console, it’s on the passenger side of the shifter.

But, its unfortunate placement reminds me of something. Rather, someone.

Cindy Crawford, for all her ravishing beauty, was bestowed with an unfortunately placed mole on her face. It caused a stir when Crawford herself refused to let photo retouchers cover it up. She was proud of her small facial imperfection, and it never once got in the way of her exquisitely formed face.

And Cindy is 48. How’s that for aging gracefully?

Comparing the 2014 Audi S4
You’d think this segment would be fairly thin, but there’s more competition than you’d imagine. 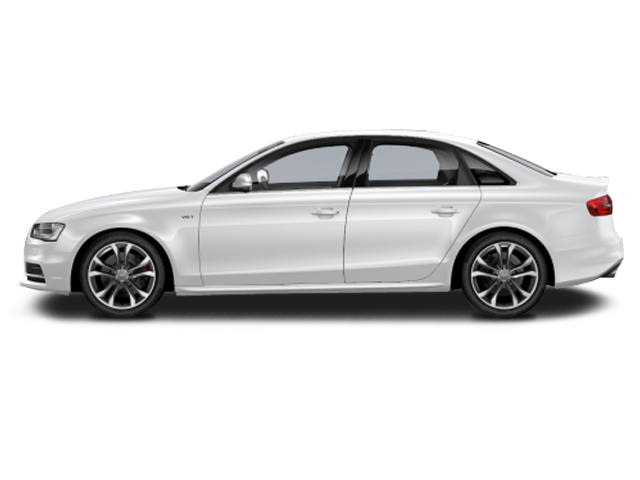 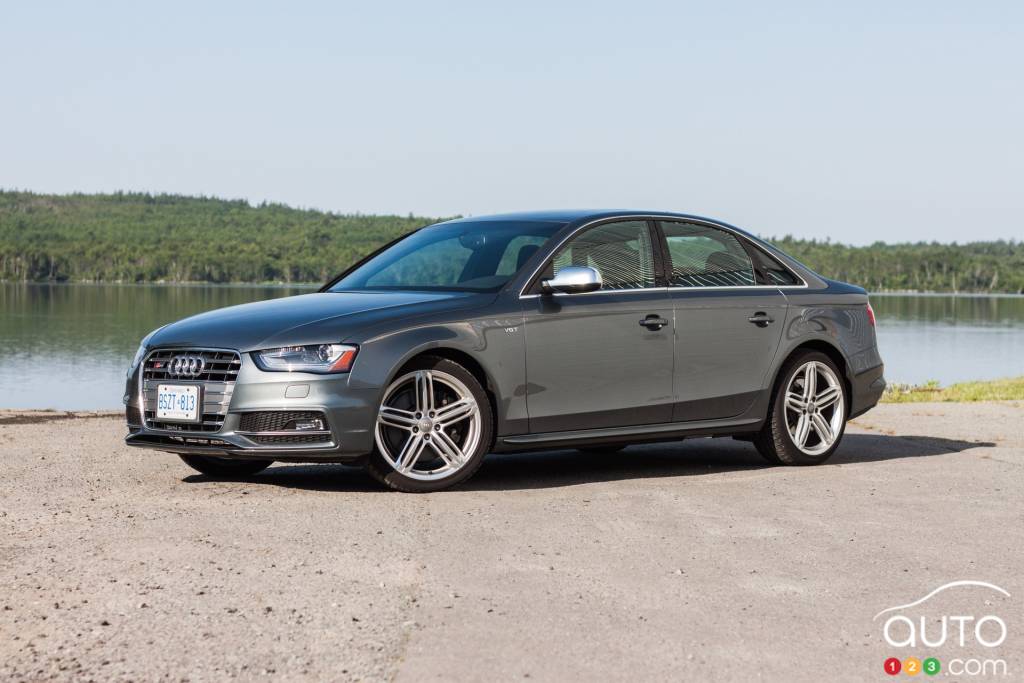 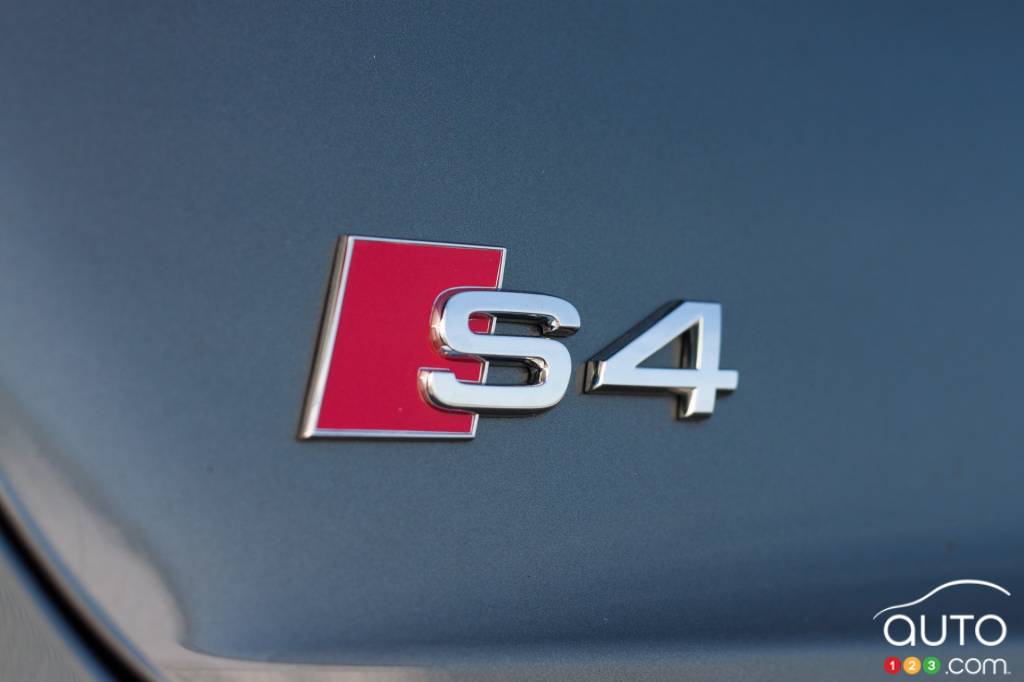 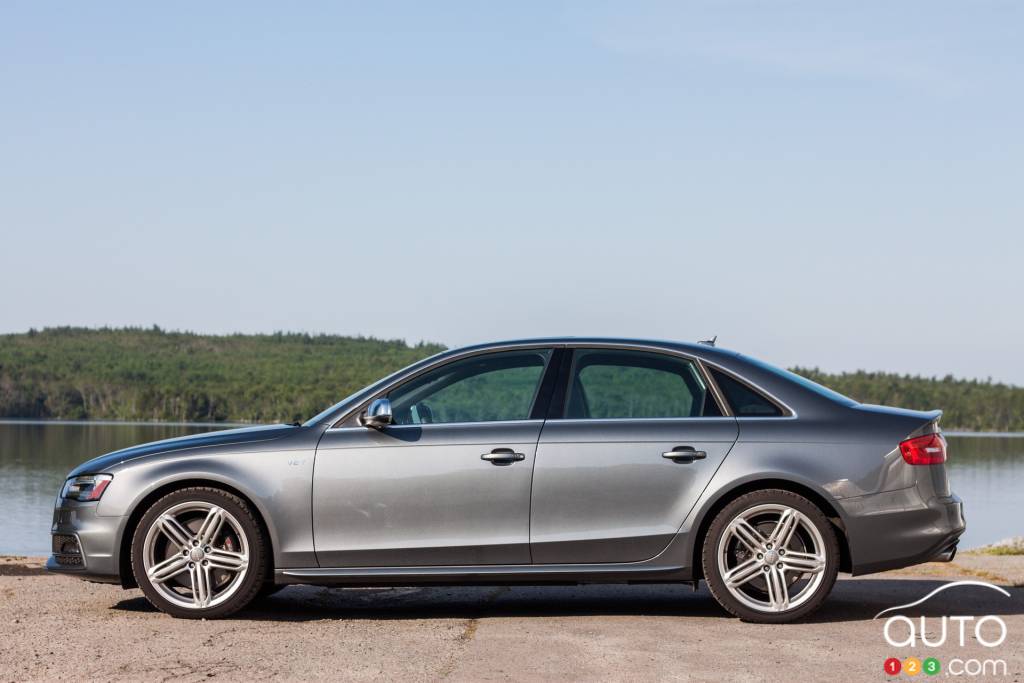 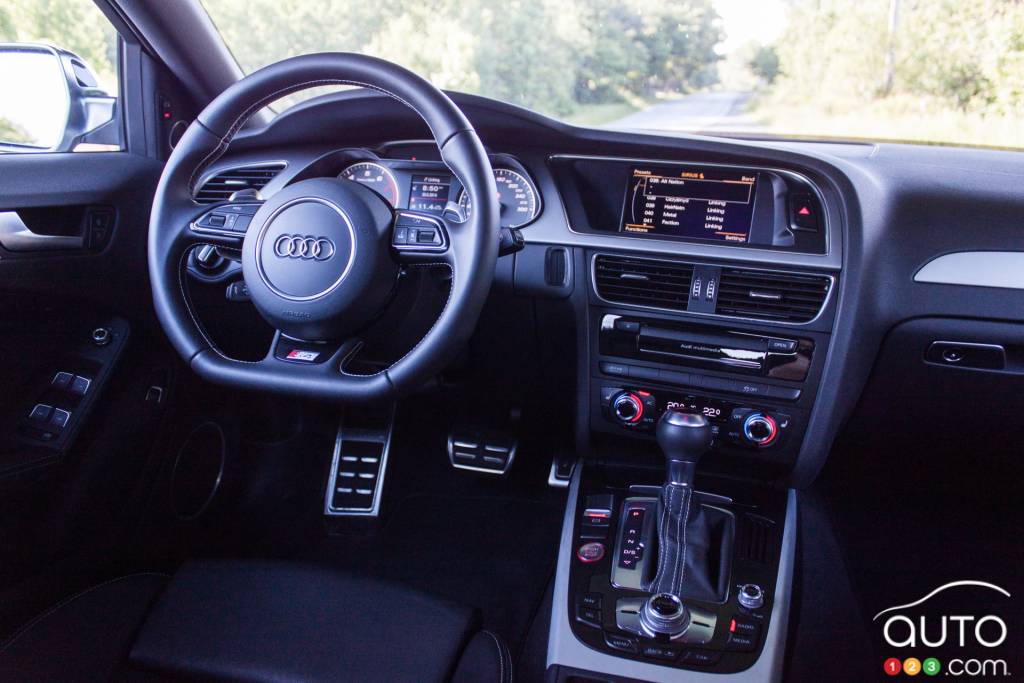 The 2014 Audi S4 stands out with a lowered and tightened suspension (featuring an available sport rear differential), sexy looks, standard all-wheel drive, a...