As “old” as the idea of an electric car is, they’re still very much a novel sight when spotted silently cruising down the road. Why? Well, as the trend was so slow to progress in the auto industry, they are still few and far between despite the technology being readily available to make them nearly as common as Corollas.

Then, there are the EVs that look as “odd” as the technology under their hoods; such as the smart fortwo electric drive. Truthfully, the smart has been on our roads for a decade already, but are still seen as different and peculiar since they really are so different from anything else on the road today.

Now Mercedes has gone and upped that “different” level by slapping a lithium-ion battery in the smart fortwo instead of the gas engine it sported before.

Silent and tiny, this little city dweller is the ideal urban warrior.

What is a smart fortwo?
Well, besides the obvious “two seats on four wheels” answer, it is a micromini vehicle built to hack it on tight city streets and downtown settings. It’s an alternative to scooter and/or bike living and was designed with fuel-saving and space-squeezing tactics in mind.

A non-electric smart fortwo has an inline 3-cylinder engine that’ll give you 70 horsepower and 68 lb-ft of torque (pushed out the rear wheels via a 5-speed automatic transmission).

However, the smart fortwo electric drive is equipped with a 17.6kW lithium-ion battery that gives about 4 more horsepower over the gasoline engine and a bit more torque as well. There is no “transmission” to speak of, so power delivery is smooth and linear. A full charge, according to smart, will take you 138km. However, the more realistic number is closer to 100km. Charging times range from 8 to 16 hours depending on the outlet used (120V vs. 240V).

With a few choice accessories (touchscreen navi/radio for $900 and a three-spoke steering wheel for $250) my particular smart fortwo electric drive topped out at $28,140. However, with incentives (the maximum in Canada being in Quebec at the moment) the price does drop to around $20k. Still seems a hefty price to pay for two seats on four wheels.

However, for driving the smart fortwo electric drive means you’ll never, ever, have to go to a gas station again. So, the long-term savings almost seem worth it.

Driving the 2014 smart fortwo electric drive
I thoroughly enjoyed driving the regular, non-ev smart fortwo, and this non-gas-powered version was no different. There’s something gloriously cheeky about driving a smart fortwo that I absolutely adore. Like a dachshund proudly marching through a group of Great Danes, chin held high, tail in the air. This little thing knows its got the goods, and doesn’t care how small it is.

Once you get over the fact that you’re not going to expire should you crash in your smart fortwo (thanks to the uber cool and efficiently safe tridion safety cell), you can really enjoy what this little two-door has to offer. No, it’s not the quickest off the line, but it’ll boogie thanks to the linear electric motor power and electric drive. The placement of all four wheels at four corners means the smart fortwo also handles very well. And parking lots? An absolute joke. Park where you’d like, how you’d like. Anything goes.

The smart fortwo electric drive features regenerative braking that can have its effect increased or diminished via the paddle shifters. Depending on speed, it may be possible to not have to resort to the lefthand pedal.

All in all, this little thing is a blast to drive. The silent, stealthy acceleration coupled with the spaceship like whir of the electric engine is both smile-inducing and pretty darn cool. If you’ve never driven one, I suggest you give it a go.

Inside and Out of the 2014 smart fortwo electric drive
There are two seats, a steering wheel, four wheels… and that’s about it. This is not a luxurious Mercedes by any stretch of the imagination, despite it being in the same showroom as the likes of the S-Class. It’s utilitarian and sparse inside, no doubt to save on space and weight. The “trunk” is usable, but don’t head to IKEA or the outlet malls with this one.

The seating position in the smart fortwo is surprisingly elevated. I like the jacked up driver’s seat, and the passenger has plenty of legroom to get comfy, as well as headroom since the roofline is so high.

Comparing the 2014 smart fortwo electric drive
As far as full EVs go, there aren’t too many to contend with at the moment (but that’s set to change soon). The Mitsubishi i-MiEV is the first that comes to mind as the closest to the smart; however, it boasts a back seat, as does the Nissan LEAF.

As a fully electric micromini, the smart fortwo electric drive takes the cake, and eats it too. 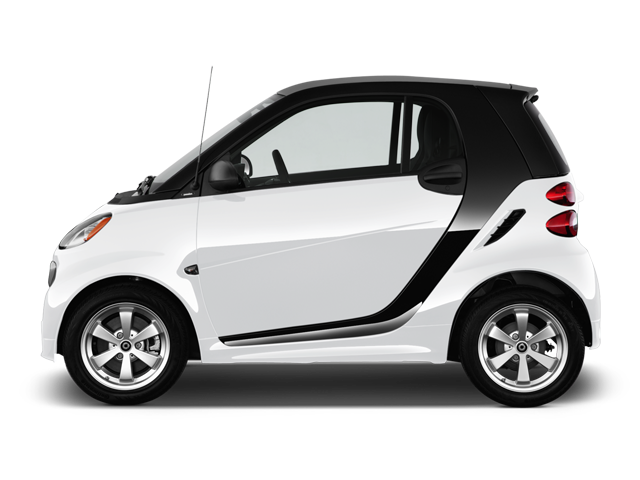 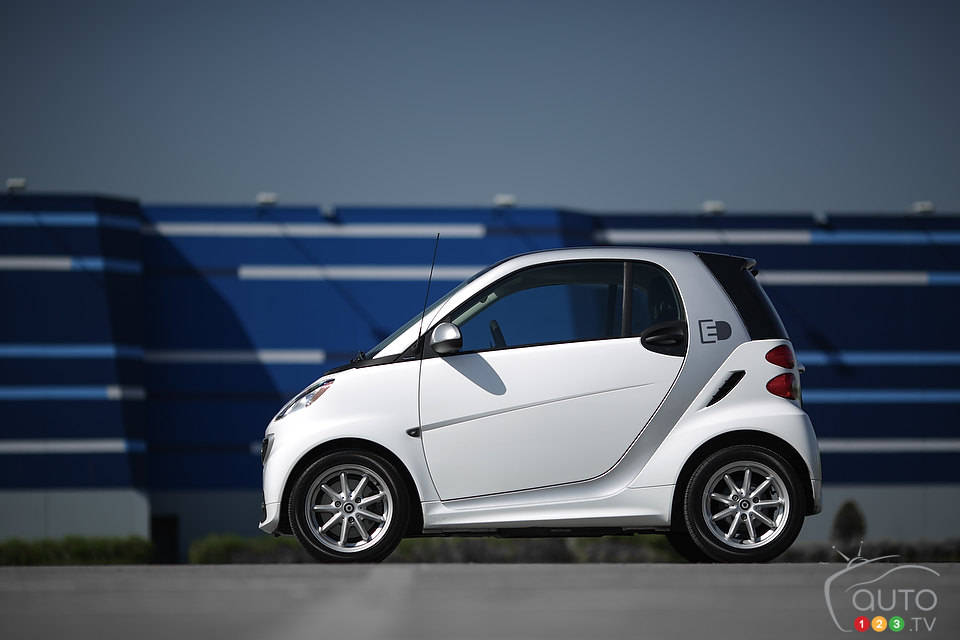 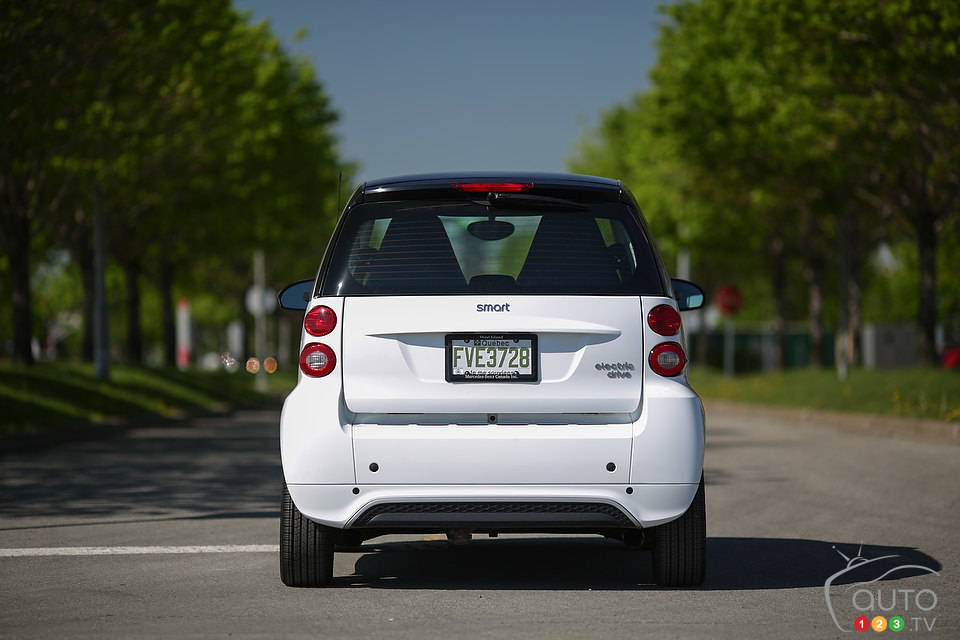 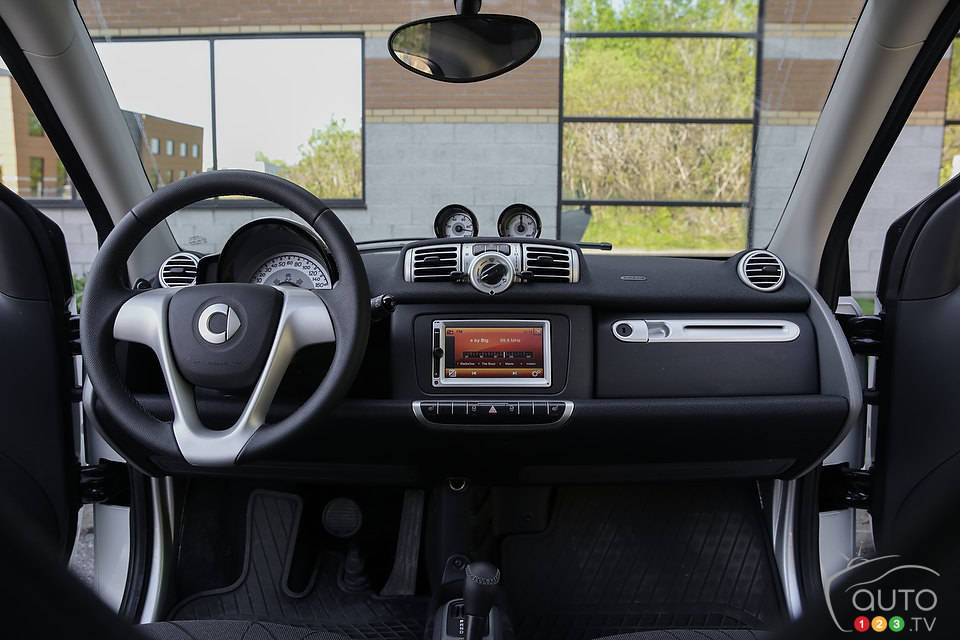 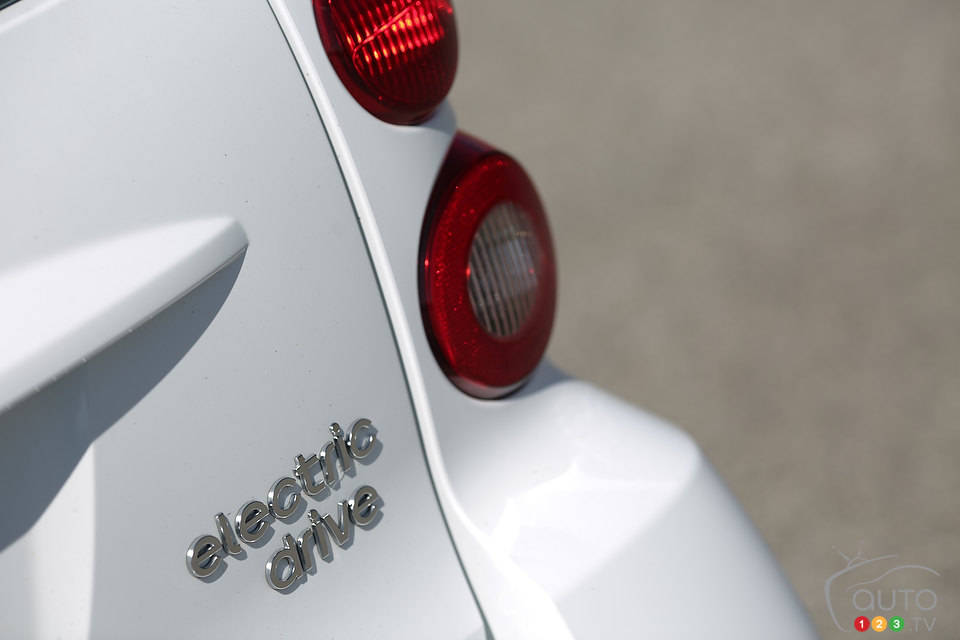 The Prius, Toyota's sweetheart hybrid (a brand unto its own), continues to sway buyers of green wheels with its promise of eco-friendliness and spacious cabi...

The 2014 Ford Focus Electric is a very modern and stylish compact car both inside and out. Comfortable seats, as well as superb ride and handling await you. ...