The Prius, Toyota’s sweetheart hybrid (a brand unto its own), continues to sway buyers of green wheels with its promise of eco-friendliness and spacious cabin. Since its arrival in 1997, the Prius has made waves in urban areas around the globe as the car to go to not only to save the environment but also to make a statement.

The oxymoron with this pioneer of the hybrid movement is that it is currently amongst the oldest and most outdated of its kind. Perhaps not in exterior design or powertrain, the Prius does fall behind in amenities, interior ergonomics, and driving pleasure.

Despite this, the 2014 Toyota Prius remains the darling hybrid around the world, and in areas such as California. It is instantly recognizable and thus says much without making a sound as it scoots by in EV mode. There is little gratification to be had at the wheel of the Prius, but then again I wasn’t looking for it. Roomy, well-crafted but dated, it still holds its own.

What is a Toyota Prius?
The Toyota Prius is the bestselling hybrid nameplate in the world, and is the first mass-production dedicated hybrid car to have been widely accepted. The Honda Insight edged it out timing-wise, but there’s little more to say about that.

My tester was the last on that list and includes intelligent cruise control, a premium JBL audio system and navigation.

Driving the 2014 Toyota Prius
It’s not anywhere near as bad as some of you might think. The Prius is a real car, at the very least it has been for the last two generations. If you’re looking for a glorified golf-cart without any of its amenities, consider the purchase of a used 1st gen Prius, but I digress.

If you’ve never driven a hybrid, it’s really no different than taking your Mitsubishi Galant or Dodge Caravan to the corner convenience store. Turning an ignition key is a rare affair nowadays and practically unheard of in a modern hybrid. Thus, the Prius “starts” normally but it’s the unusual shifter that physically differentiates the initial process.

Once underway, the 2014 Toyota Prius starts off in EV mode for a few moments depending on load, ambient and desired internal temperatures, and functioning accessories. The internal combustion engine noticeably comes to life but settles as throttle demands lessen. The CVT does what it must to keep things moving and is no more annoying than it is in most other cars.

The Prius is an average performer when in the aforementioned Power mode. In normal or ECO mode, the hybrid Toyota loves an unrushed urban setting where it thrives thanks to its relaxed ride and manoeuvrability. On the highway, the Prius manages well, but is no fan of crosswinds.

In the course of my rough snow- and cold-weather-laden test week, the 2014 Toyota Prius returned a fuel consumption average of 6L/100km.

Inside and Out of the 2014 Toyota Prius
The 2014 Toyota Prius proudly carries the wedge shape that has made it famous and possibly infamous to some. Aerodynamics is the name of the game here, and the Prius delivers with an extremely low 0.25 coefficient of drag.

The wedge shape does have some advantages, as well as disadvantages. The Prius’ trunk is impressively capacious thanks to the tall and lightly sloping roofline. Ingress and egress are simple enough for the same reason. The two-tier glass that is part of the hatch hampers rearward visibility.

The 2014 Toyota Prius’ cabin is roomy and comfortable. Seats are reasonably cozy, in both rows. Fit and finish are fine and the dashboard’s presentation was special, when the car was introduced in 2010. Many of the top-seated controls are too far out of reach for most normal passengers.

Comparing the 2014 Toyota Prius
The 2014 Toyota Prius has never faced stiffer competition from the likes of the Ford Fusion, the Hyundai Sonata, it’s cousin the Toyota Camry, and compact alternatives such as the Volkswagen Jetta and Honda Civic (all hybrids).

Like its other close cousin, the Corolla, Toyota relies heavily on the Prius’ pedigree to put units on the road. It remains an excellent product. Thing is that taking a spin in one of the other hybrids is likely to drop the Prius further down the list. That is, unless a Prius is what you want. 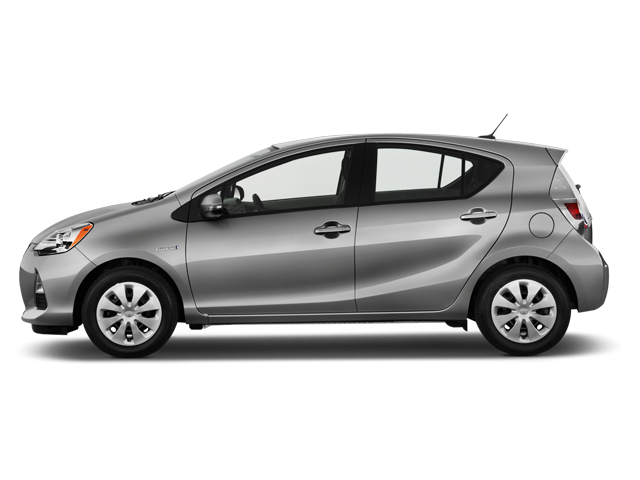 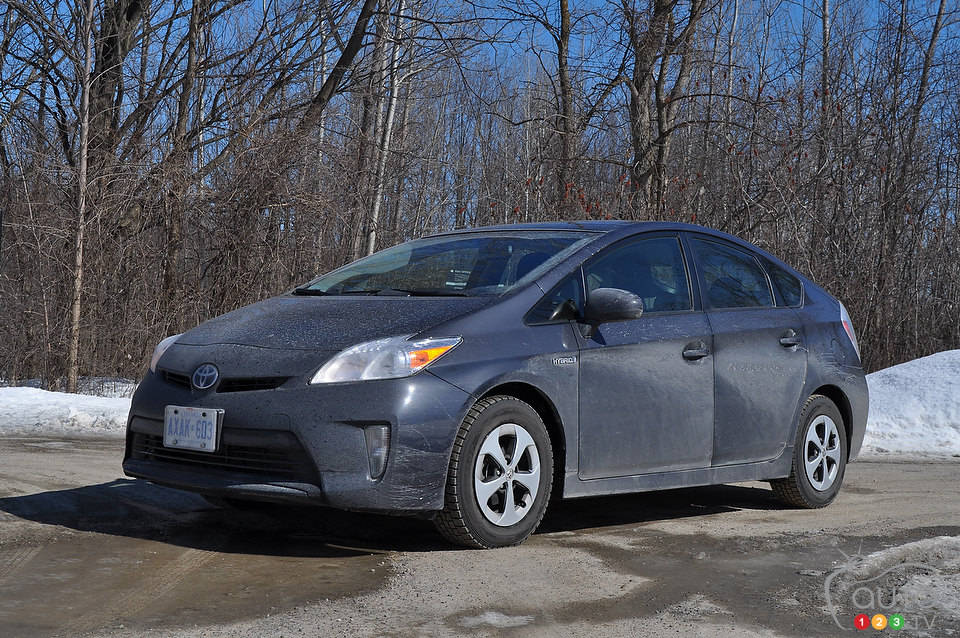 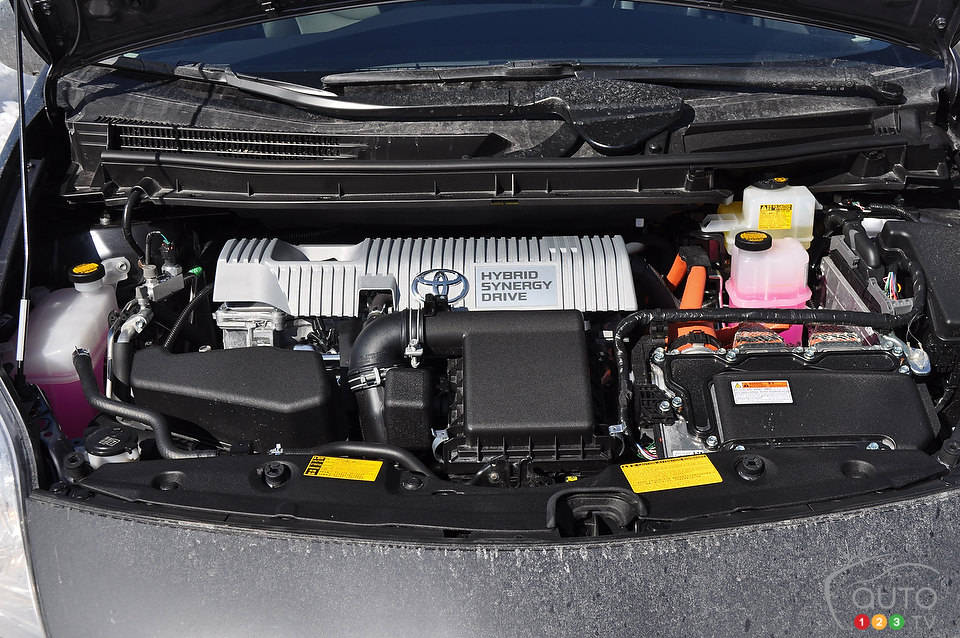 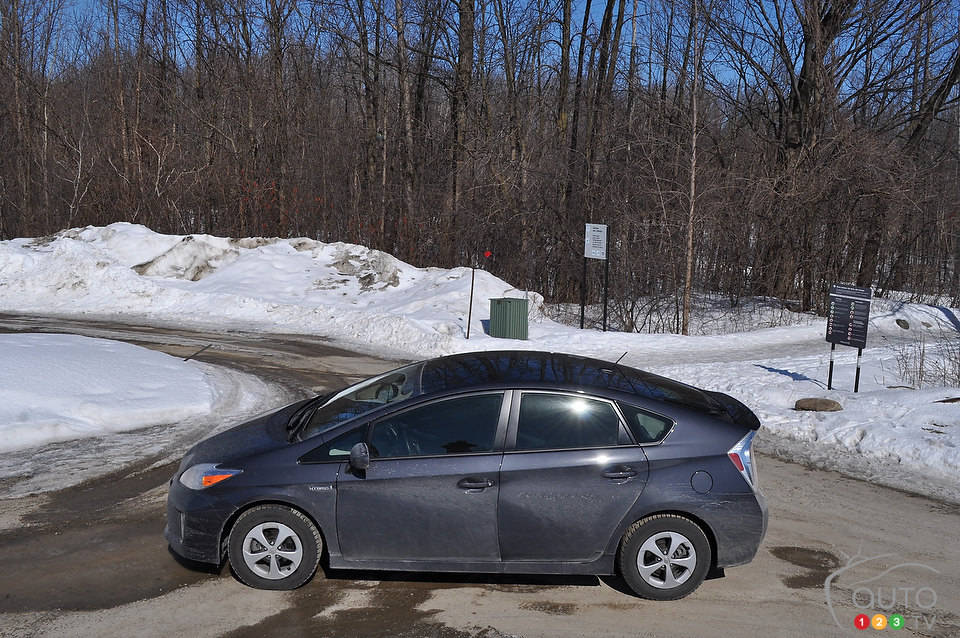 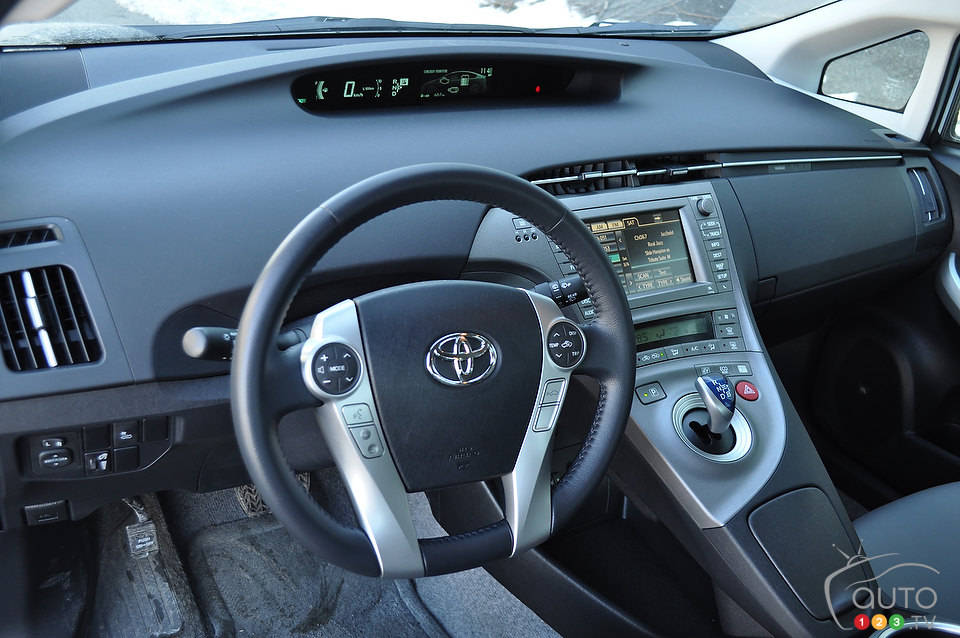 As "old" as the idea of an electric car is, they're still very much a novel sight when spotted silently cruising down the road. Why? Well, as the trend was s...

When it comes to efficiency, maneuverability, low running costs and a solid reputation for reliable hybrid-car ownership, the Toyota Prius c is a tough choic...