Abarth: it isn’t a name that easily rolls off the tongue unless you grew up in Austria. Yes, FIAT is Italian, but the father of Abarth was born in Austria. You should look it up. His name is Karl. I heard from a friend of a friend that he was an OK guy.

Austrians are known for engineering prowess, just like the Germans. On the other hand, Italian engineers can sometimes make some oddball decisions and, when asked about their rationale behind said decision, would probably explain they did it that way because they “felt like it” as they stormed off in a fit of anger because how dare he question me?

The FIAT 500 Abarth might be a pocketsize lunatic embodying a collection of questionable choices, but underneath it all there’s still some Austrian engineering brilliance shining through.

What is the FIAT 500 Abarth?
Get a car that looks like Pikachu from the Pokemon series, add a turbocharged 1.4L 4-cylinder engine with the boost turned up, and give it just enough grip to stay between the white and yellow lines when you’re careful: that’s the FIAT 500 Abarth.

The base model Abarth hardtop with a 5-speed manual transmission will cost you $24,995 or about the same price as a Ford Fiesta ST. But, it lacks the rear doors and usable cargo space of the flyin’ Ford.

It also doesn’t have quite as much power as the Fiesta, as the 500 Abarth churns out 160 hp and 170 lb-ft of torque from the 16-valve MultiAir four-pot. Opt for the automatic and you’re greeted with 183 lb-ft of torque.

However, the 500 Abarth makes up for its lack of horsepower and interior space with truckloads of Italian flair and personality. It looks fantastic (if you’re into microcars) and snorts, bangs, and chirps more than any of its competitors, creating a truly visceral experience.

Driving the 2015 FIAT 500 Abart
Much like the Alfa Romeo 4C and Dodge Viper, my time with the 500 Abarth was limited to Chrysler’s Chelsea Proving Grounds temporary autocross course setup on one of the skidpads. If you’ve read anything about the Abarth before, there isn’t much here to report.

Not that the FIAT 500 Abarth isn’t good -- it’s terrific -- but everything has already been said about its handling and ride quality, previously. In a nutshell, it goes like stink, handles like a go-kart, and has some truly interesting understeer and oversteer qualities.

However, for 2015 nothing has changed except for the addition of the automatic model.

Inside and Out of the 2015 FIAT 500 Abarth
But, there is a fair amount to talk about on the inside of Italy’s favourite grown-up go-kart.

For starters, there’s a new 7” TFT cluster display that provides all the same information you’d expect on any car costing $25,000. However, FIAT treated the 500 Abarth much like the vehicles on offer in Dodge’s SRT stable by offering displayable g-force data. If you put the car in Sport mode -- is there’s any other mode? -- the display “becomes more aggressive in appearance” says Fiat, meaning it changes colour.

It’s not just displays, but entire interior sections getting updates, such as a centre console with an updated cup holder design and a new additional USB port. For 2015, the Abarth also receives Bluetooth media streaming, so you aren’t always forced to bring your charging cable on shorter trips.

All these logical changes make you consider the possibility of the Italians conceding on some of their prior decisions. They make sense.

From the outside, the Abarth goes completely unchanged, and it continues to be the only Cinquecento a guy can drive without feeling completely emasculated. It’s hard to take someone seriously before a corporate takeover negotiation when said negotiator pulls up driving a FIAT 500c Pop.

The Abarth at least gives you blacked-out headlights, a more aggressive front fascia, side sills, and two loud exhausts coming out the rear. When painted black, the Abarth looks like Darth Vader’s helmet and it would probably be the official transportation of Empire junior cadets.

All that said, while the FIAT500 Abarth does get some much-needed interior upgrades, it’s still a mad little car. And why would you drive something perfect and boring?

Comparing the 2015 FIAT 500 Abarth
The subcompact hot-hatch market is getting a bit more crowded in Canada.

Not only can you get a FIAT 500 Abarth in hatch and convertible body styles, and with a choice of manual or automatic transmissions, there’s also the MINI Cooper S (also available in hatch or convertible), Ford Fiesta ST, and Chevrolet Sonic RS. 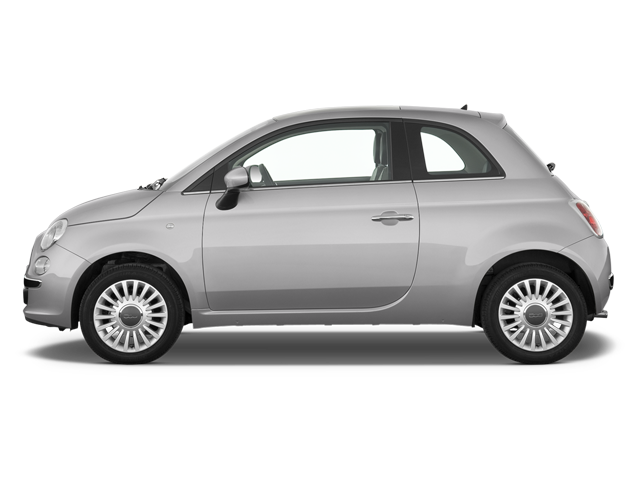 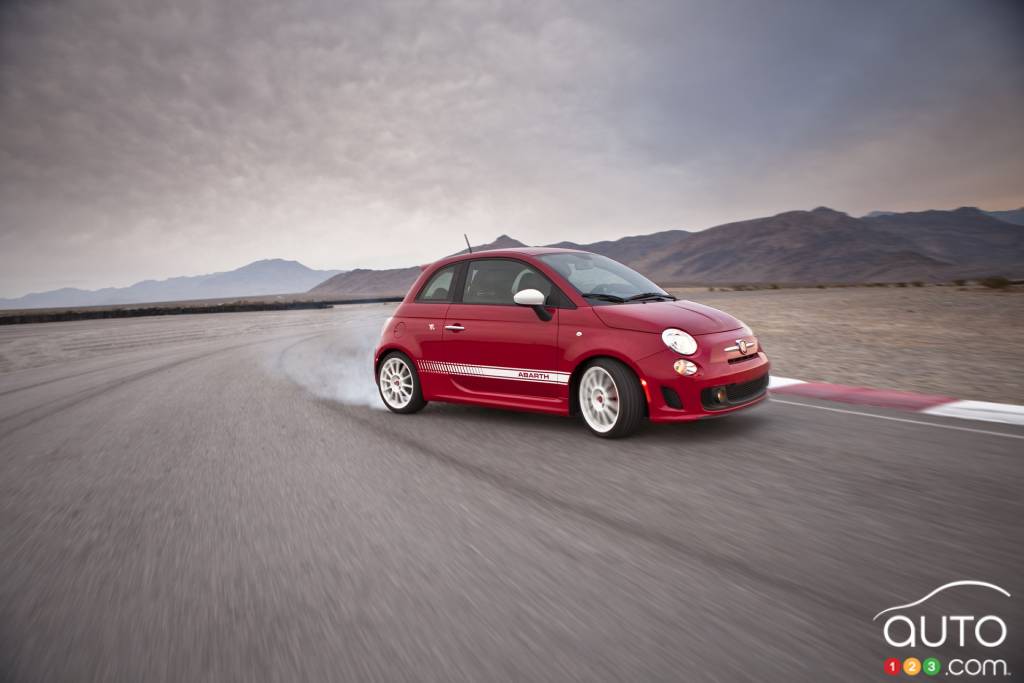 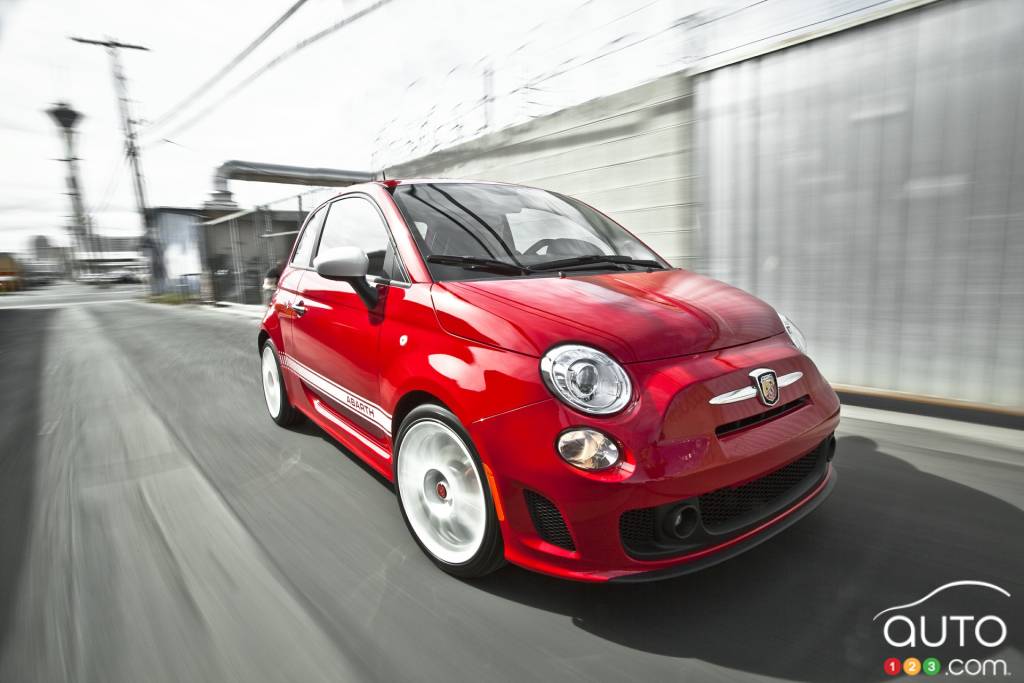 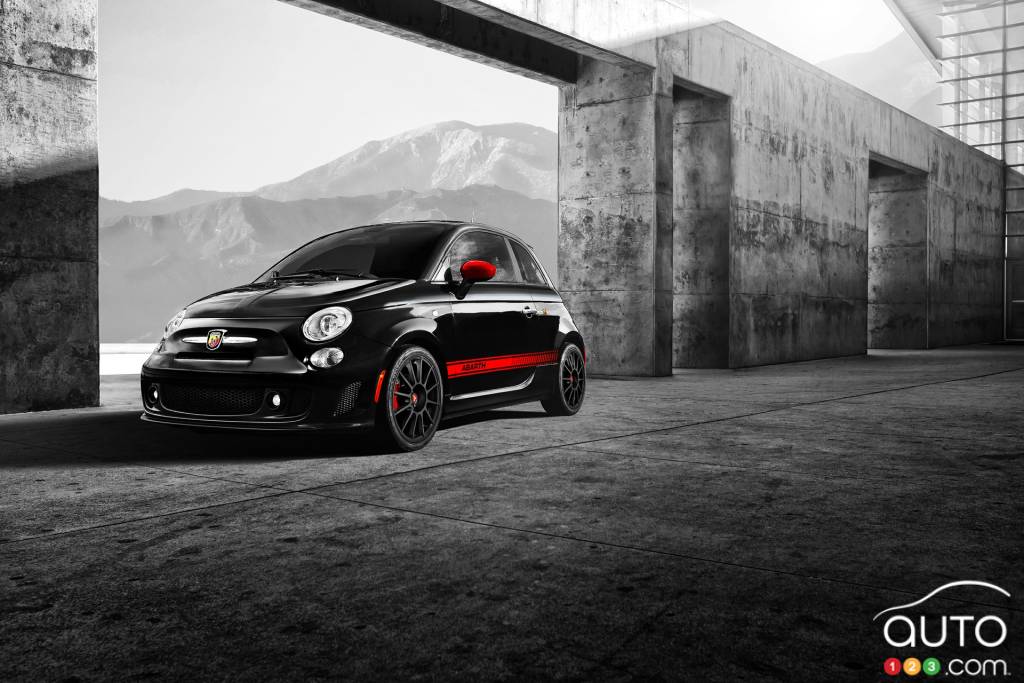 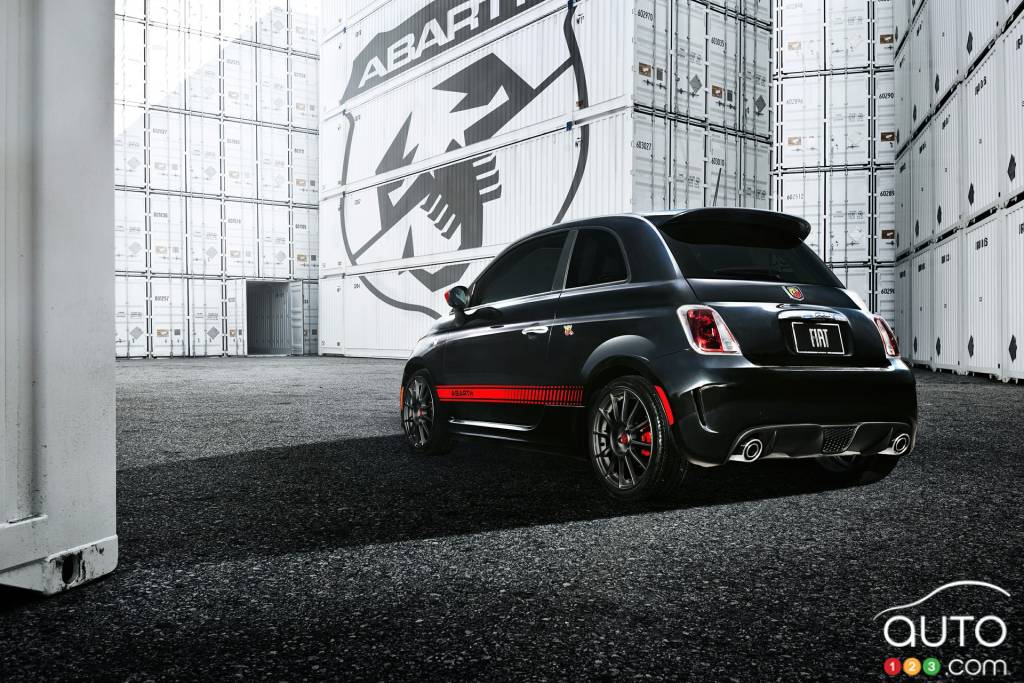 With 228hp, the latest MINI JCW is the quickest ever. Obviously, it still handles incredibly well

In the market for a small car? The Mazda3 begs to be given a chance. You won't regret it.