Worthersee, Austria -- When you’ve been at something for a long time, you tend to get good at it. Myself, I’ve been tying my own shoelaces for over 20 years, and let me tell you that I almost never screw up.

Volkswagen’s been around since 1937 and has built tens of millions of cars. In that period of time they’ve learned a thing or two about making them work -- and by work I mean drive, perform and handle. In this department, VW’s had plenty of exercise with the Scirocco, Corrado, Jetta GLI and, of course, the GTI. All of these skills have culminated in what I call the ultimate Volkswagen: The Golf R.

The new MK7 Golf R is all of the above, wrapped in some seriously hot and taut sheetmetal. At the very sight of it, my right foot begins to twinge, searching for an eager throttle pedal, my arms and hands reach out for a meaty flat-bottomed steering wheel, and my eyes yearn for the next corner to carve. The Golf R is the super all-season pocket-rocket for the thinking man who wants it all without depleting the retirement fund.

What is a Volkswagen Golf R?
The Golf R is the latest uber-Golf in a run that began with the now legendary Rallye Golf. This MK2 sex-machine was the first mass-produced vdub to combine AWD with a blown (it did that too…) engine and some aesthetic extras.

The MK7 Golf R is the most powerful and efficient of its type from Volkswagen. In 5-door form, it is, without a doubt, the best family-cum-weekend track-car available. The MK7 R is not expected to arrive in Canada before late winter early spring next year as a 2016.

That kind of coin will deliver a 290+ horsepower turbocharged 2.0L TSI 4-cylinder engine that also produces 280 lb-ft of torque. The EA888 series engine, related to the GTI’s, has been worked over and now has a new cylinder head, pistons, and turbocharger to name a few mods.

Transmission choices reside between a 6-speed manual and the DSG of equal gears. The 4MOTION AWD system includes VW’s XDS+ that operates like limited-slip differentials, both front and rear. Moreover, the Golf R’s ESC can be fully deactivated, something that cannot be done in the GTI.

Driving the 2015 Volkswagen Golf R
Power is everything, especially when it’s well under control. Among the many standout features found on the Golf R is the 4MOTION AWD system provided by Haldex. This 5th and latest generation of this permanent AWD setup is what enables this compact hatchback rocket to fully make use of the mill’s continuous delivery power.

As with the MK7 GTI, the MK7 Golf R’s mojo comes about in one single and swift sustained swell. Max torque flows seamlessly from 1,800 to 5,500 rpm where max hp pops in, maintaining the rush.

As I flew through the Alps, the engine’s will was masterfully obeyed by the most excellent DSG transmission. I may sound like a broken record when it comes to this transmission (or Porsche’s PDK) but it operates better than any slush-box, and most (if not all) other dual-clutch units. The DSG is furiously rapid from one cog to another and never skips a beat.

So efficient is this ‘box that it’ll help shoot the 2015 Golf R to 100 km/h in 5 seconds flat! The manual, also a gem where self-rowers are concerned, requires nearly a full half-second more to hit the ton. I’d stare at my order sheet a long while before I’d likely tick the DSG option box. Blasphemous, I know.

The Golf can be as docile and forgiving as it can be vicious and tenacious. In a mere few degrees of the progressive electric power-assisted steering (2.1 turns lock to lock), the R’s nose hunkers down and grips waiting on the driver to mash the throttle for a clean exit after the apex.

The new Volkswagen Golf R features ACC (Adaptive Chassis Control -- yeah, I don’t get it either) that offers three driving modes: Comfort, Normal, and Sport. The Sport mode was perfectly suited to the smooth alpine highways where long high-speed sweepers were the norm. The Golf R stays flat at all costs and responds brilliantly to all driver inputs, and this includes the large 4-wheel vented disc brakes.

The 2015 Golf R features distinct front and rear bumpers, side skirts, rear diffuser, and the quad tailpipes. As a whole, this final detail is my only complaint: I would have preferred dual centre-mounted pipes as they have been on previous Rs.

The R’s cabin is a step up from the GTI where the sport seats offer thick bolsters and much of the interior trim features “carbon-touch” and piano-black inlays. The illuminated light-blue tachometer and speedometer needles, and bright white surrounding controls are nearly hyper-luxurious for the car but work extremely well with the classy ergonomics and spotless fit and finish.

The 2015 Volkswagen Golf R blends the luxurious aspect from the high-end brands and the pure unadulterated driving experience from the “regular” brands. The Golf R is a sublime driving tool that rewards and does not punish. 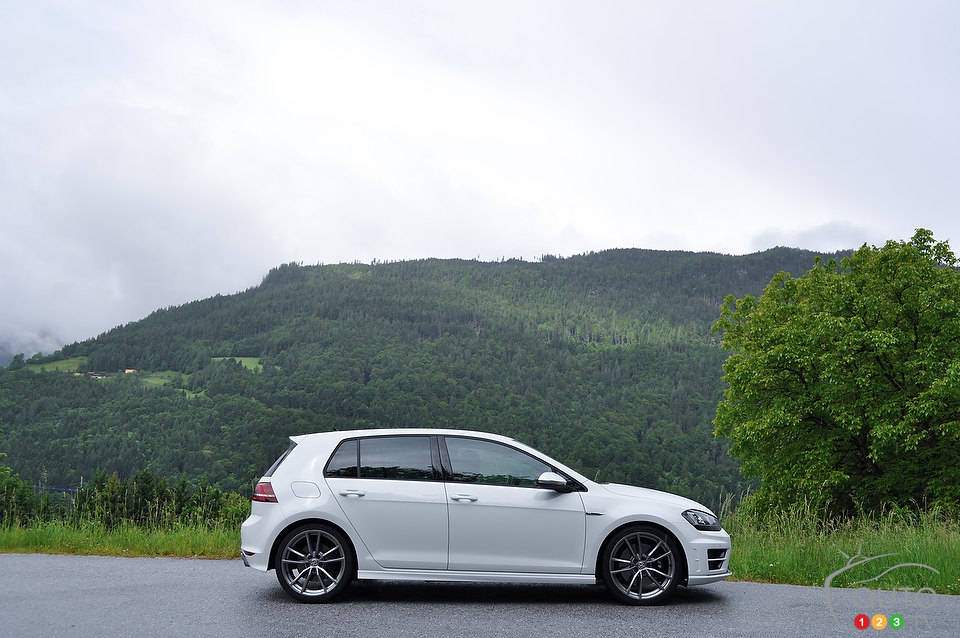 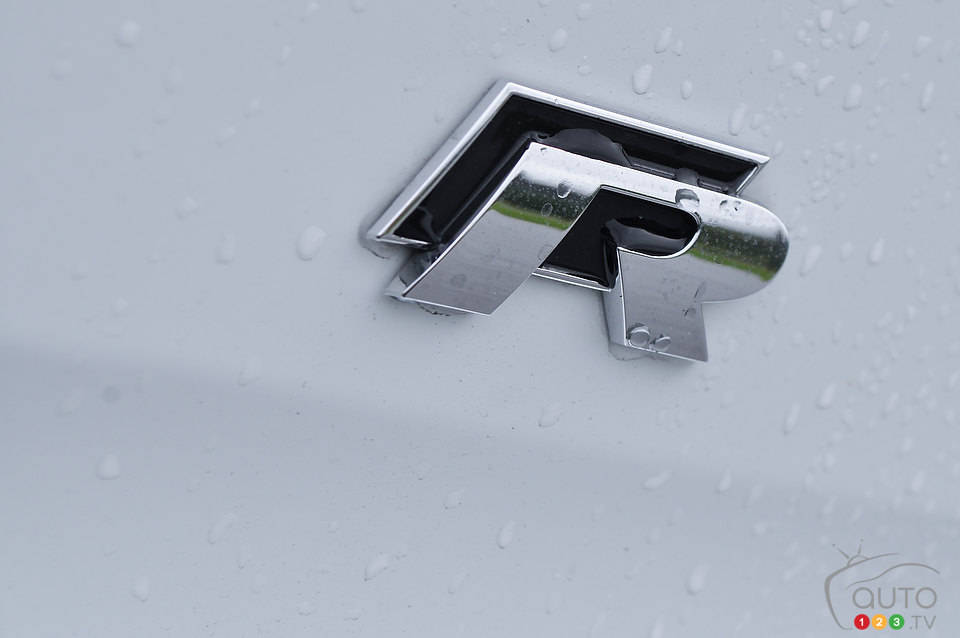 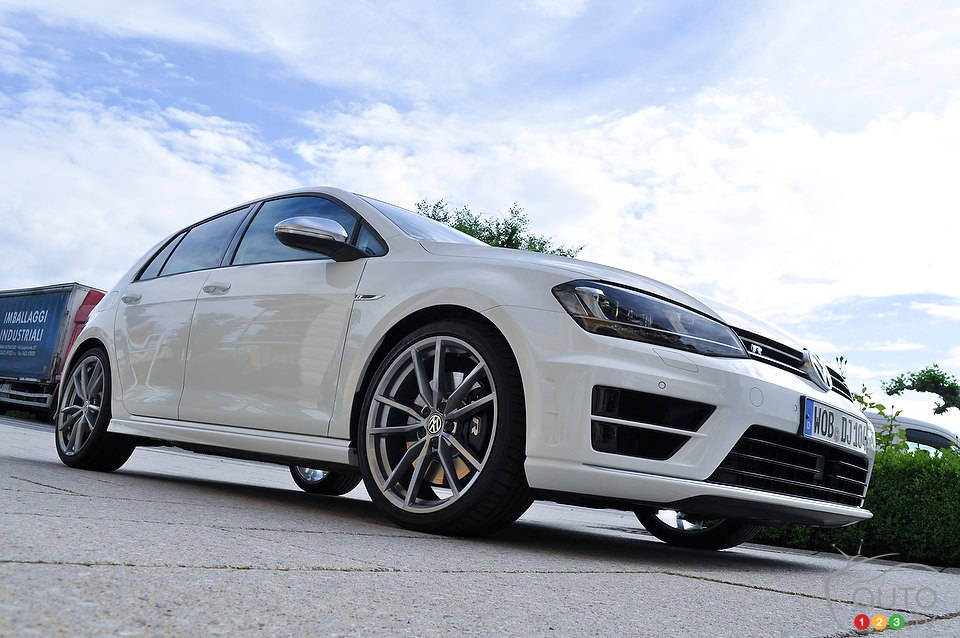 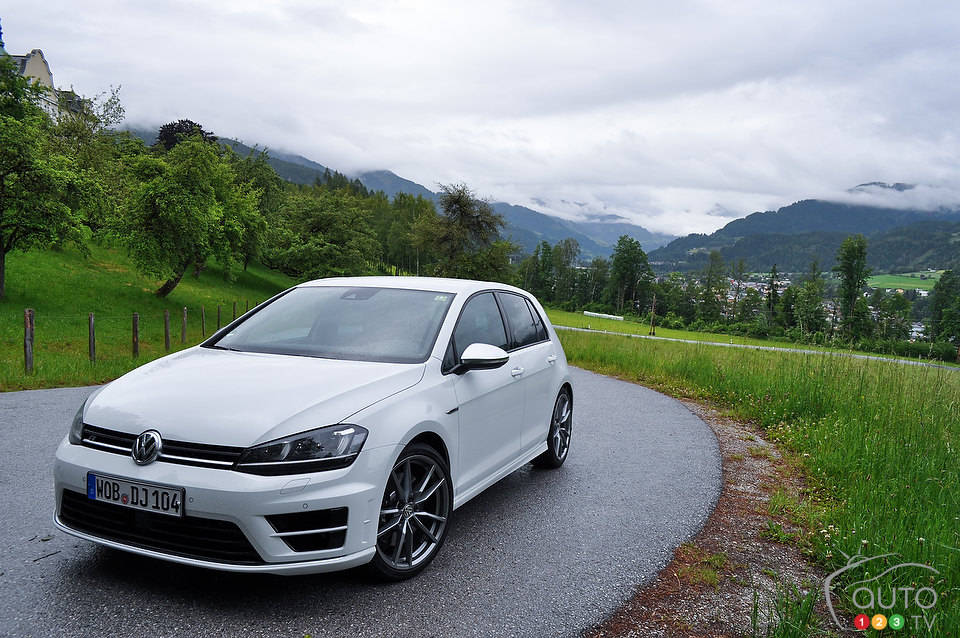 The Volkswagen Golf began life a little over 40 years ago as the car that was expected to fill in for the then aging Beetle -- and it did, in many markets ar...