Let’s make one thing perfectly clear: While that new hairdo looks sensational, the oh-so stylish Bottega Veneta black D-frames perched on your nose are quite fetching, your Thom Browne button-down polo is suitably sporting, and the Jaeger-LeCoultre Master Ultra-Thin Perpetual subtly positioned on the windowsill serves as an ideal complement, the cold hard reality is that all awestruck eyes pointed your way are solely focused on the car.

Cruising around in an Aston Martin V8 Vantage Roadster on a sunny afternoon could go to anyone’s head, making an accomplished albeit little known business mogul feel like a celebrity, but the car is definitely the star. This modern-day classic attracts flocks of reverent followers wherever it goes. The rasping bark from its twin tailpipes might initially cause a disgruntled turn of the head, but that’s immediately followed by a softening expression, easy smile, and cheery acceptance. Unlike some upper-echelon sports cars, there’s something about Aston Martin that simultaneously eliminates envy and elicits positive energy. I’m sure this particular example’s tranquil Mako Blue paintwork didn’t hurt matters.

It’s been a while since I took to the road in a V8 Vantage Roadster, although those were the streets of Monterey, California and the car tested was white with a mocha cloth top and interior. It would’ve done just as nicely this time around, but there’s something subtly bespoke about this 2016 model’s whimsical blue hue and richer, dark navy fabric top, these colours complemented by an intricately penned set of diamond-turned, twinned 5-spoke 19” alloy wheels, classic grey-painted brake calipers, and clear taillight lenses. The steely tone of its light Argento grey interior was comparatively down to business.

We’re talking business done in an opulently attired office, mind you. Aston Martin never goes sparse on grandeur unless purposefully gutting the interiors of its V8 Vantage GTE Pro racing cars ahead of FIA World Endurance Championship events like the 6 Hours of Mexico it just won, July’s 6 Hours of Nürburgring it also claimed victory at, and the famed 24 Hours of Le Mans where the legendary British marque walked away as Championship leader in June. Aston Martin’s glittering history is medaled in motorsport success, a heritage many of its showroom challengers can’t claim.

The menacing growl escaping its dual chromed tailpipes delivers a quick reminder of this racing pedigree with each blip of the throttle, although the V8 Vantage’s resplendent cabin is obviously more about keeping well-heeled racers comfortable on the way back from the track. The special 2-tone perforated leather seats are as beautifully sculpted as they are comfortably enveloping, their cushions optionally heated and power adjustability enhanced with memory. Meanwhile, nearly every inch of the cabin’s surfacing is finished in soft contrast blue-stitched hides, from the rearmost buttresses atop the deck lid and bulkhead wall just below to each door panel from top to bottom (door jams included), as well as the entire instrument panel and dash. Additionally, the roof pillars, windshield cross member, and soft top lining are trimmed in luxurious alcantara suede. Other highlights include seemingly solid piano black hardwood door pulls and handles, plus ruggedly constructed yet still beautifully detailed aluminum doorsill plates.

I defy you to find anything cheap inside this car, which can’t be said for some even pricier rivals. Where such competitors take shortcuts with hard, hollow, mould-extruded plastics, Aston Martin designers have refitted this 2016 V8 Vantage’s intuitively laid out centre stack with a dazzling spectacle of touch-sensitive buttons and hand-crafted billet aluminum knobs. There’s nothing like it anywhere. Even the surrounding grey surfacing is as densely solid as I’ve ever felt, while the flip-up infotainment display remains as discrete as possible, just the way I prefer in a car with so many classic elements, although it’s infused with sharp resolution, rich contrast, and deep colours.

Said display also comes with a useful array of practical and sporting features. On one hand, you have the usual reverse camera with dynamic guidelines, navigation, finer adjustments for the superb optional 600W audio system, and more, while on the other hand you’ll find horsepower and torque meters adding some visual fun to the car’s accelerative experience—that is if the rapidly advancing road ahead, smudged peripheral scenery, and previously noted engine and exhaust soundtrack aren’t already sensory overload.

Those unfamiliar with Aston Martin primary gauges might immediately find themselves doing a double-take after witnessing the tachometer spinning counter-clockwise, just one of many wonderful idiosyncrasies carried forward from the brand’s storied past. On that note, horology aficionados that I unabashedly attempted to lure into reading this review by placing a well-respected bit of Jaeger-LeCoultre wrist jewelry within the first paragraph will appreciate the level of fine detail invested into each of those analog dials, their simplicity more likely the muse of watchmakers rather than the other way around.

There’s no time for fiddling with the stopwatch pusher of whatever happens to be on your wrist, as mastering the V8 Vantage Roadster’s 4.9-second launch from 0-100 km/h takes focus and finesse. Aston Martin’s naturally aspirated 4.7L V8 has no trouble maximizing its full 420 horsepower and 346 lb-ft of twist, but the edgy 7-speed Sportshift II dual-clutch gearbox requires full right foot and right finger attention in order to keep smooth and consistent throughout the process. It’s not the type of transmission where you simply select Sport mode, slot into M1, and mash the throttle. Instead, best performance is extracted when slight pedal lift accompanies each shift, which makes for a much more engaging drive than most of its peers. Of course, feel free to leave it in D when cruising through town at a more leisurely pace; you’ll enjoy a much smoother experience, with the V8’s rumble adopting a more muted tone albeit still tingling the senses.

I didn’t have Monterey’s Laureles Grade Road nearby to assess the results of any upgrades to the 2016 Aston Martin V8 Vantage Roadster’s front and rear double-wishbone suspension, but there’s no shortage of circuitous backroads around my city either. The adept undercarriage and gripping set of 245/40ZR19 front and 285/35ZR19 rear Bridgestone Potenza tires perfectly combined with a wind-cheating yet downforce-inducing, ultra-rigid yet lightweight composite body shell for wholly soulful, viscerally exhilarating, wonderfully balanced, and superbly controlled performance that nothing so elegant and stately should be capable of delivering. The car’s 380mm front and 330mm rear discs administer gravity-defying stopping power, too, something I was grateful for after realizing how quickly speed ramped up. At the same time, the well-sorted suspension amply soaked up nasty bumps and dips with graceful composure.

As for extended trips, this 2-seat drop-top is fully capable, but its 144L trunk will require careful, tight packing considering the sliver’s width of space and abbreviated parcel shelves behind the seats, although the sizeable cubby at centre was welcome for keeping odds and ends from tossing around the cabin.

While impressive in most every respect, we need to keep in mind that my test car was “just” a well-equipped base model, and that Aston Martin offers V8 Vantage S and V12 Vantage S models above this, not to mention the race-replica GT Special Edition. A 6-speed manual coupe starts at a reasonable $128,100 and the Roadster at $143,100, although in my case the many options pushed its price to $192,000. Still, you can attain such lofty sums and higher with competitive sports cars that don’t offer anywhere near this Aston Martin’s vaunted image, iconic heritage, or hand-built quality, making the V8 Vantage Roadster seem like a relative bargain.

My verdict
No car collection is complete without an Aston Martin, and the V8 Vantage Roadster is a worthy first choice. While it might not be the latest fling on the strip, it remains one of the most stunningly attractive sports cars available today. Just remember, when at the wheel of your new Vantage, all the attention isn’t about you. 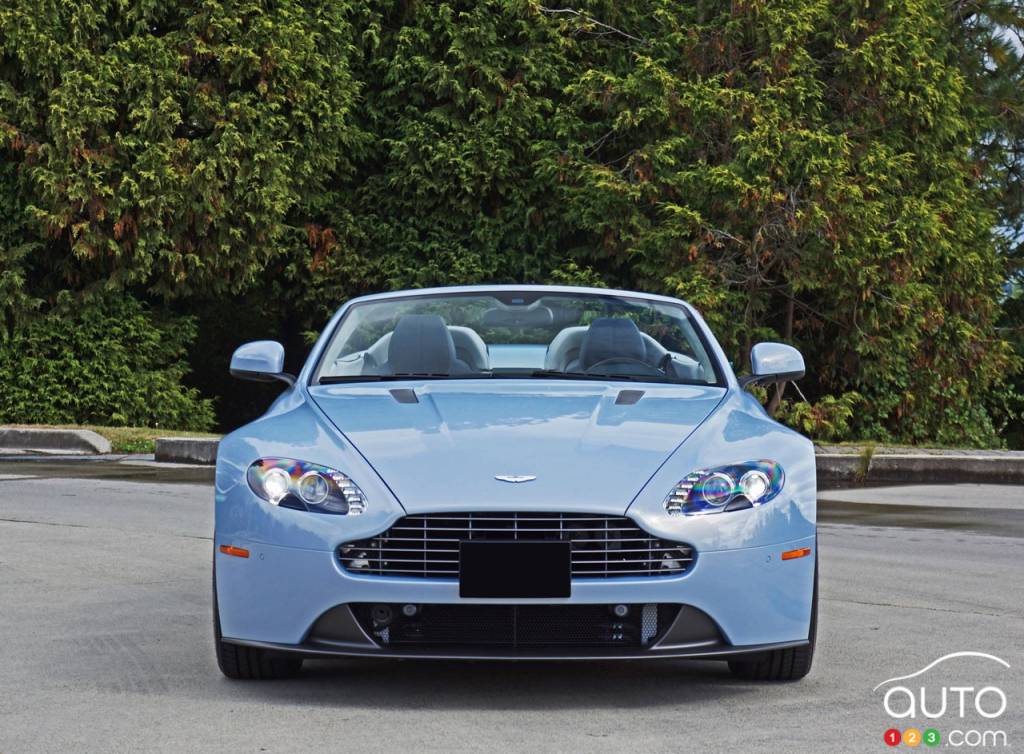 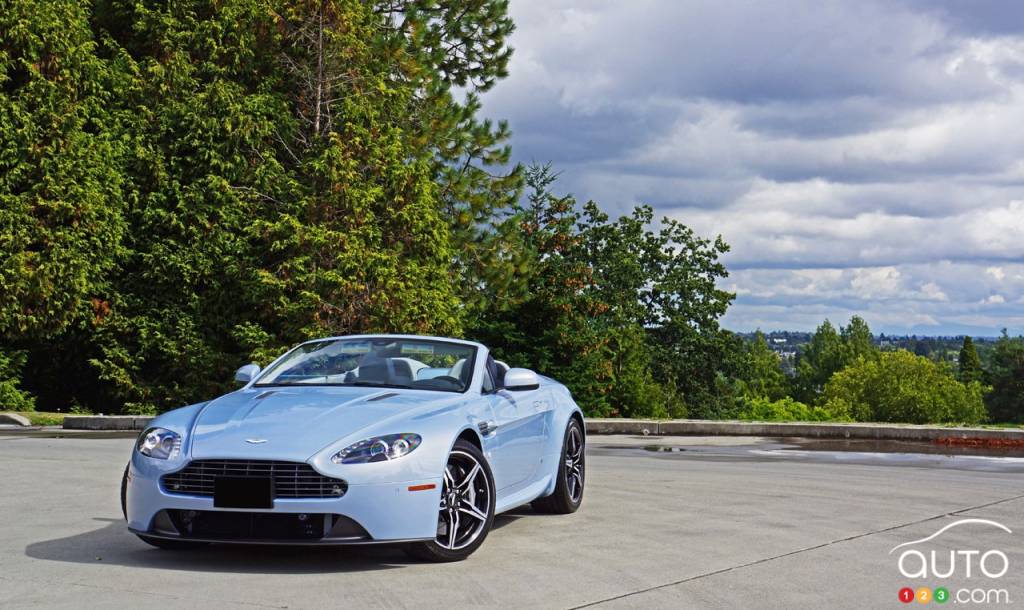 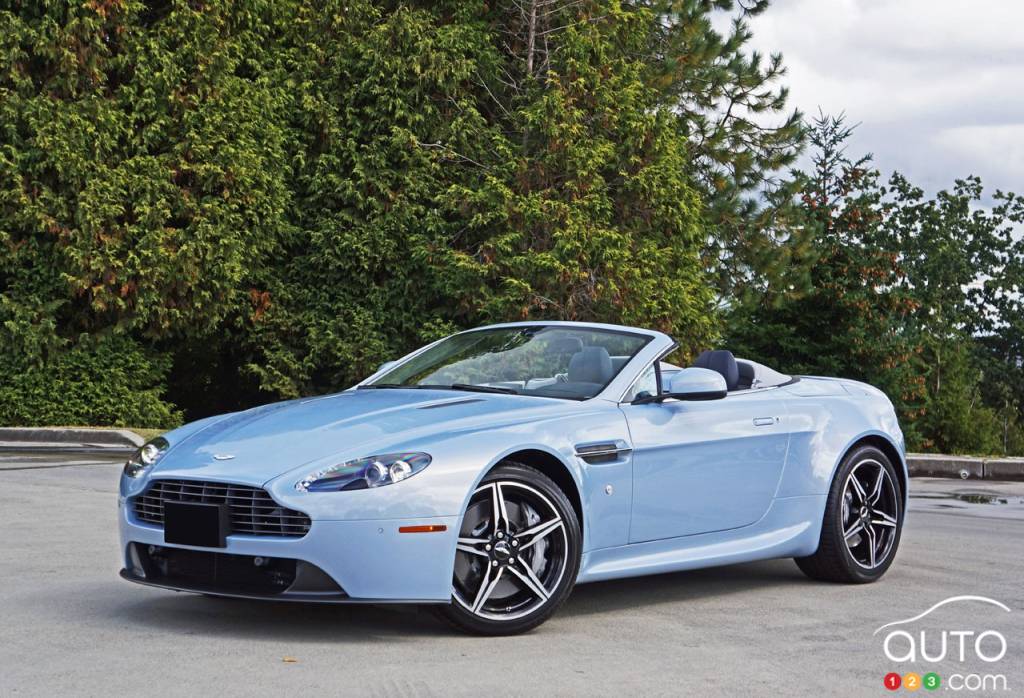 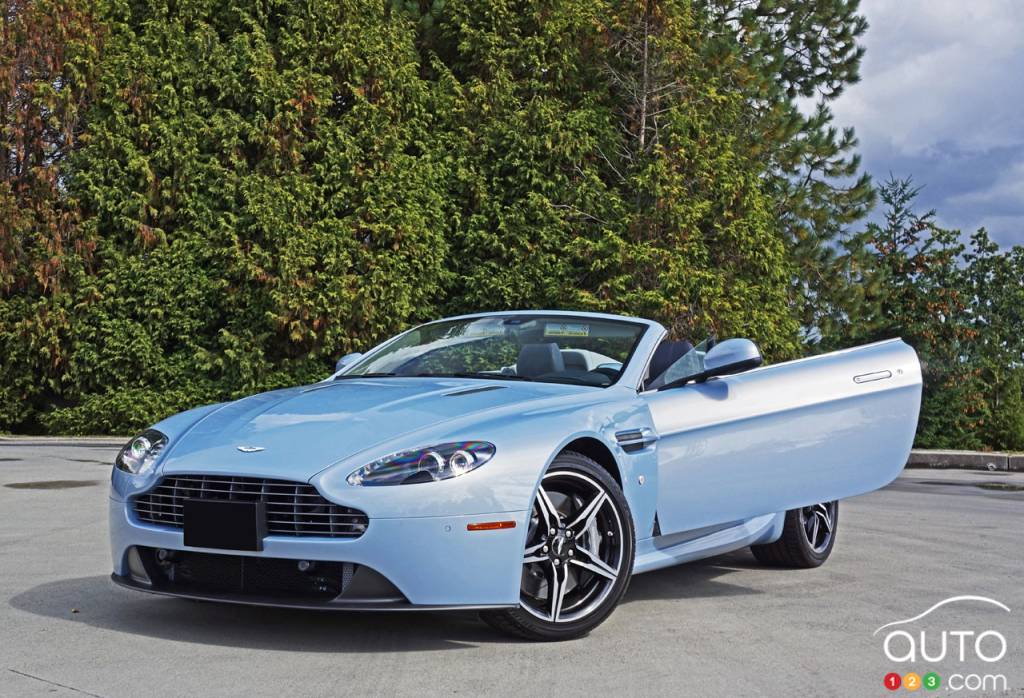 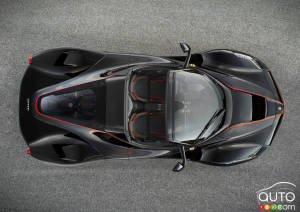 You should experience a DB9 while you still can, as few cars offer as much seat-of-the-pants feel, over-the-top opulence, and sheer beauty.

The soft spot in my heart for the MX-5 remains undiminished, but I doff my hat to Fiat for having the gumption and verve to approve a car like the new 124 Sp...