Since Chrysler’s FCA division announced plans to develop the 2017 124 Spider roadster, opinions have flowed freely regarding this new addition to the Italian carmaker’s lineup, partly as it concerns its close links to a certain relative. That being the Mazda MX-5, which just happens to be built at the same Hiroshima Mazda plant as the new Italian roadster.

The alliance makes a certain basic sense for the two players involved. Development of a new car model is exceedingly expensive, especially for a smaller manufacturer like Mazda or FCA. The latter thus saw fit to call upon the expertise and facilities of the uncontested masters in making affordable roadsters rather than have to retool an existing plant.

The recent arrival of the 2017 124 Spider on our roads thus naturally inspired us to set up this duel between the Mazda MX-5 and its new, Fiat-tweaked cousin. For the occasion, FCA supplied us with a Lusso edition (a more luxury-laden version of the base Classico model), while the MX-5 took its place as a more finely-sharpened variant, with its Sport ensemble that was added to the model by Mazda over the course of this year.

Rather than attempt to determine which of the two most deserves a spot in your driveway – the two cars have different mandates after all – it was agreed that the more useful exercise would be to highlight the differences between the two roadsters. These reference points could then be used to help you orient your choice, assuming of course that a sporty roadster happens to be on your current shopping list!

Two Approaches
In contrast with the Scion FR-S / Subaru BRZ tandem, this other Japanese-issue duo has the advantage of being offered in two quite distinct flavors. On the one hand, the Mazda MX-5 features a purified, slightly stocky silhouette, with tapered headlights and knife-sharp edges. You could even dub this Japanese creation a “boy racer”, given the black BBS alloy wheels not to mention the Brembo front brake calipers.

For its part, the Fiat 124 Spider takes a more nostalgic tack, with its distinctive fascia providing a direct link to the old 124 Spider sold beginning in the mid-1960s. The bulged hood, the front grille, the light clusters front and back – everything points backwards, to the past. One result is the cantilevers are longer than in the MX-5. In fact, apart from the windshield and the soft roof, the outer robe of the 124 Spider is entirely unique to it alone.

Where the outer shells are totally different in the two models, the opposite is true inside. Available space is the same, as are the majority of the dashboard components and most of the storage units. Fiat did add a personal touch in the more original colours decking out the lower portions of the dashboard and the upholstery, but for the rest, nothing comes to mind so much as the word Mazda – right down to the infotainment system that is accessible via a control knob placed between the two front occupants. One distinctive element unique to the Mazda MX-5 is the Recaro bench seating (available in the Sport package), which offers a welcome support for more sporty driving. Mind you, this is not to say that the Fiat’s seating is not perfectly adequate for the same type of driving.

Mechanics: Two Opposing Visions
One area where the two cars definitely diverge is under the hood. The Mazda MX-5 remains true to its original recipe. Its naturally aspirated 2.0L, 4-cylinder engine is always ready for the high revs. Offering 155 HP and 148 lb-ft of torque, the Japanese roadster offers numbers just slightly inferior to those of its Italian cousin, which has inherited a 1.4L, 4-cylinder turbocharged engine able to generate 160 HP and 184 lb-ft of torque.

Distinct as they are from each other, the two engine blocs are both wedded to transmission boxes taken from the Mazda catalogue – reassuring news for those who might be skeptical of Fiat transmissions. Still, the 6-speed manual of the MX-5 is of a more recent vintage than the one in the Fiat 124 Spider, which is actually taken from the previous-generation MX-5.

It’s worth nothing that, though both transmissions feature six speeds, there is a difference between them in terms of the gear ratios. And though this may appear insignificant to many drivers, the fact is the 124 Spider does not come with Mazda’s limited-slip differential. To get that in your Fiat, you’ll have to wait for the Abarth model, which is not yet available. As for the suspension, let’s just say that for Fiat the catchword here is comfort.

Behind the Wheel
How much can the engineering of a car affect its comportment on the road? Unsurprisingly, a lot. Despite their identical chassis, the two roadsters offer quite different driving experiences. On the one hand, MX-5 is a tighter unit overall, with brakes that really bite, a tighter suspension, a finely tuned transmission and mechanics that are happiest at the higher rev altitudes. This car begs for frequent use of the gear shifter to bring it to its full mechanical potential. A word of warning: bringing the car to that maximum level of zoom-zoom can be quite addictive, particularly when the road starts to wind. The steering is another notable strong point of the MX-5.

It is true that the MX-5 can be a bit of a bone-rattler to drive on our time- and weather-beaten roads, while the soundproofing is nowhere being in the same league as what a Cadillac offers you, for example. Then again, are these “discomforts” not an integral part of what driving a roadster is all about?

The Italian approach, meanwhile, is assuredly good news for consumers who find the Mazda to be too race-minded. The suspension settings are softer, which does increase the comfort level for occupants on bumpy terrain. And to be sure, the 124 Spider can keep up with the Mazda; the road handling it provides is without a doubt the finest of any Fiat in the carmaker’s current lineup. Its brakes do have slightly less bite than its cousin’s, which would become evident enough on a closed track.

The mechanics of the Fiat give the impression that it actually has faster straightaway speed than the Mazda, thanks in part to the turbocharger that makes it more explosive on acceleration. The problem, though, is that slight delay, absent in the Mazda motor with its progressivity. In sustained driving the Fiat is not too disadvantaged, especially if the driver takes care to keep the RPMs above 2,500 (though the price to pay for that will be felt at the pump due to reduced fuel economy). In urban environments, however, its standing start in second gear is unacceptably slow. The Fiat 124 Spider is also quieter than the Mazda. I should mention as well that the transmission box of the MX-5 is more precise than that of the Fiat, even while the latter offers the best manual transmission of any of the carmaker’s other current models.

The Verdict
It’s no simple task arriving at a definitive conclusion in this exercise.  The two roadsters aim to please drivers who want to enjoy driving a nimble, responsive car. The Japanese model is definitely more advanced and demands more from the driver. The Italian car is also sporty but will appeal to a broader range of consumers, some of whom aren’t necessarily looking for a high-speed adrenaline rush at every curve in the road.

The soft spot in my heart for the MX-5 remains undiminished, but I doff my hat to Fiat for having the gumption and verve to approve a car like the new 124 Spider for commercial production. 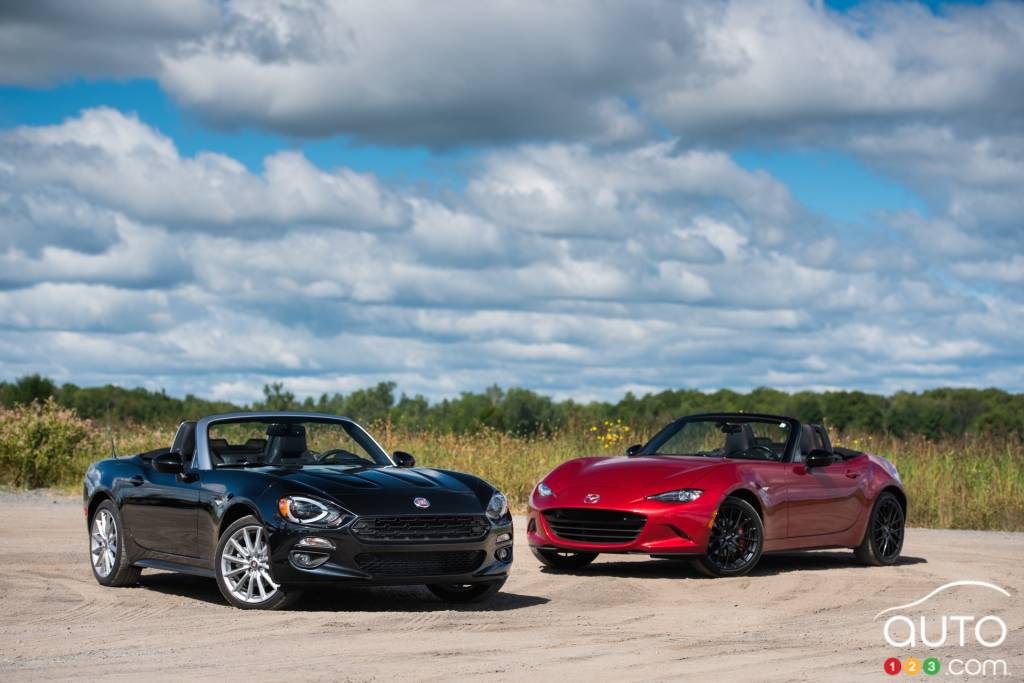 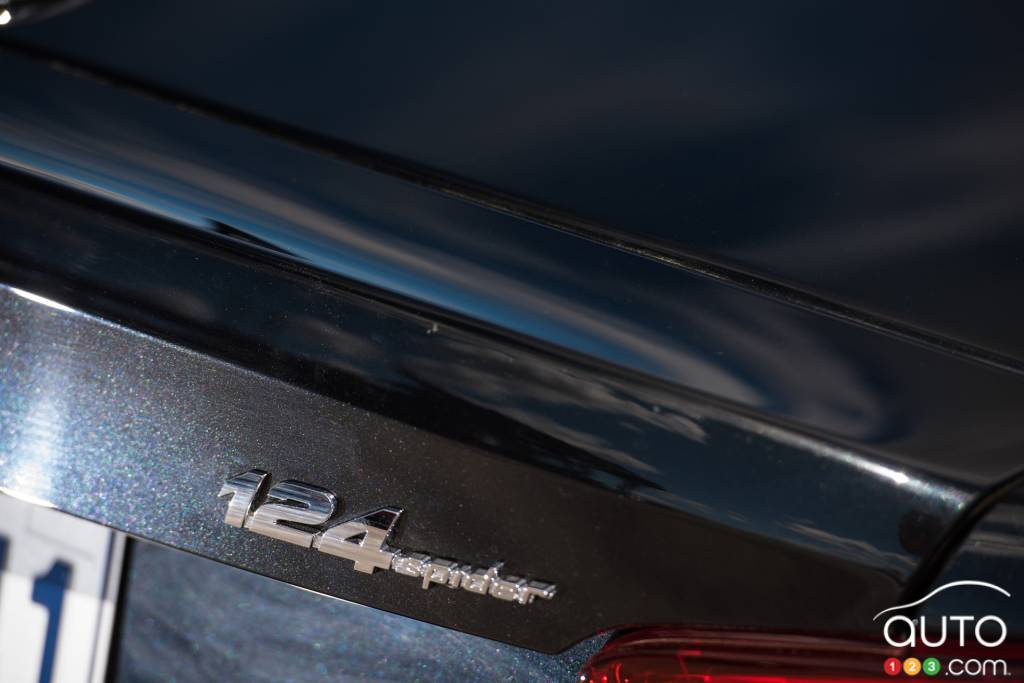 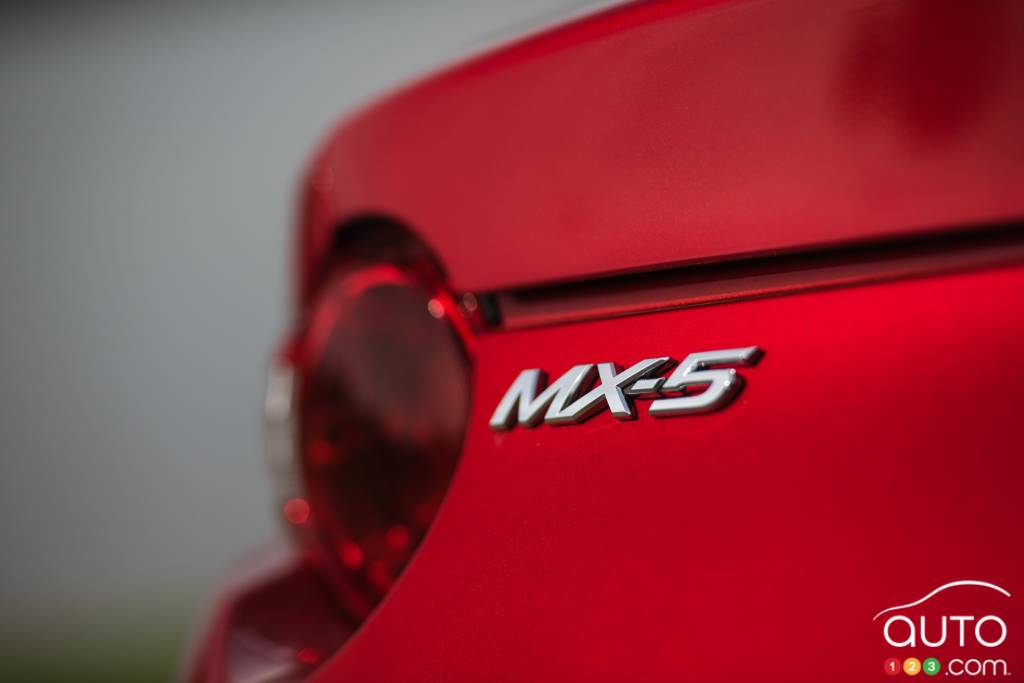 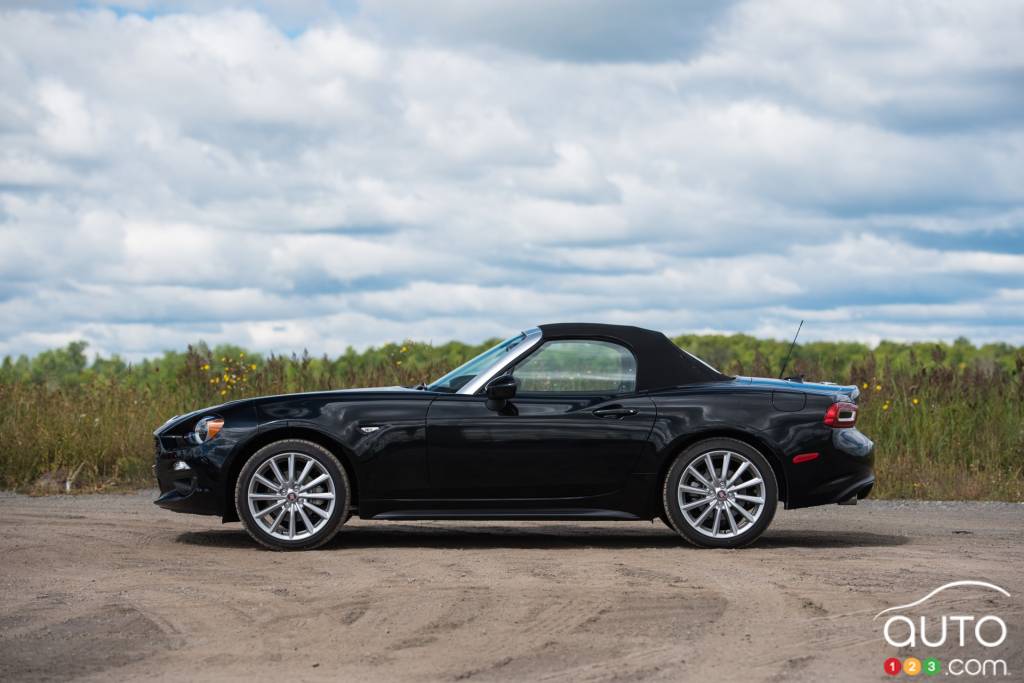 Some automotive manufacturers stand out from the rest in offering practical and fun-to-drive models that lend themselves perfectly to being your perfect summ...

Cabriolets, convertibles, roadsters… the season is finally here to head out on the open road with an open top. We take a look at the models currently availab...

Making its Canadian debut this week at the 2017 Montreal Auto Show, the all-new Mazda MX-5 RF (Retractable Fastback) sports a new design with a unique roof a...