A genuine flagship model for the prestige brand, the CT6 marks a return to its roots of sorts for Cadillac after two decades spent trying to transform its image in order to position itself better vis-a-vis its German rivals. The effort has paid off, at least in the sense that Cadillac has managed to distance itself from a certain other American luxury brand that we won’t name – ok, it’s Lincoln.

Now, returning to its roots doesn’t mean I can reasonably compare  the new Cadillac CT6 with the Fleetwood models of the 80s and 90s; this new limo-style sedan has more in common with BMW’s 7 Series and Audi A8, for example. Still, GM’s luxury banner is back in the large luxury sedan segment, and its entry frankly compares pretty favourably with its German rivals.

Super Cruise
To spot the big development  for 2018, you need to look inside the front bumpers and in a bunch of other weird places for the network of cameras that comes with the available Super Cruise feature. This aptly named system is, according to the manufacturer, “the industry’s first true hands-free driving technology”, one that allows the 2018 CT6 to completely drive itself… in certain situations!
The system recently got a thumbs-up from the folks at AJAC (Automobile Journalists Association), who named it the best new technology of 2018.

That may be true, but the claim made by Cadillac that this is the first hands-free technology to hit the market is less so, seeing as how a few other models currently on the market already offer quasi-hands-free driving.

There’s the Tesla Model S, for starters, and also its sister the Model X, as well as the INFINITI Q50, one of the first production models able to let drivers take their hands off the wheel for considerable distances. Mercedes-Benz’ E Class is also highly autonomous, even if drivers of that model are still obliged to retake the wheel after a certain time. Audi and BMW also have their own claims to autonomous driving capabilities. Cadillac can claim to being the first all it wants, these other vehicles are there to prove otherwise. In the end, of course, who really cares? Much more relevant is how well the thing works, right?

So how does it work, exactly?
To state the obvious, the technology involved is not simple. The high-precision lidar map data and the GPS system take care of providing information on the road being traveled, and of keeping the car on that road. Also obvious. The cameras located in front monitor everything in front of the vehicle, up to a distance of 2.5 km. The intelligent cruise control system, meanwhile, adjusts to traffic and slows the car down as needed.

Does all this work “in real life”?
As with all autonomous driving systems developed to date, Super Cruise does have its limitations. Unlike the system in the Class E, it does not allow for changing lanes on the highway without the driver intervening. Super Cruise is also designed strictly for use on highways. As soon as it detects an exit, an intersection or even a connected country road, the system turns things back over to the driver, sending a warning by turning an indicator on the steering wheel to red, making the steering wheel and the driver’s seat vibrate and emitting a sound signal.

Cadillac also placed a small camera on the top of the steering wheel column to monitor the alertness level of the driver, in case they decided to have a nap or have become a little too enamoured of the passing scenery. In other words, Super Cruise lets you take your hands off the wheel, but it also compels you to stay alert and keep your eyes on the road ahead.

In my case, while out on the highway and with the system on, at one point my attention drifted to something off to my left. After just a few seconds, Super Cruise changed the indicator from green to red. It’s a small detail, but I kind of like this solution that alerts the driver to when the system is on or not. The indicator can also show blue, which means that Super Cruise is in pause mode while you’re changing lanes, for example, and the indicator will switch back to green when you’re once again safely tucked in between two lane markers.

I admit to being, still, a bit of a skeptic regarding these automated systems. But I must concede that GM’s solution works pretty well, even on the tighter curves you might encounter on a highway. During the times I was on the highway, I never had to intervene when engaging curves, though I kept my hands close, ready to retake the wheel. I did find the reactions of the system a bit clunky when cornering, but nothing serious enough to prevent the car from completing the curve properly.

Hands on the wheel
The Cadillac CT6 gets a lot attention for its advanced technologies, but beyond that it’s still a big old luxury sedan that is a pleasure to drive even when those systems are not functioning. Its driving dynamics are not a disappointment, in good part due to what’s under the hood. The 3.0L V6 twin-turbo does not lack for power (unlike the other three available engine choices, counting the hard-to-find hybrid version).

The automatic transmission functions with full transparency, and uses all of the 8 available speeds to continually seek out the one that maximizes fuel economy. Speaking of which, I consumed an average of 12L/100 km, slightly more than Cadillac’s official figures. No matter; for a boat like the CT6, that is a very acceptable number.

Equipped with all-wheel drive, the CT6 3.0TT is a grand dame of a sedan that offers a highly reassuring ride on winding roads and on highways. Steering is relatively heavy and precise enough to keep a smile on the driver’ face; the same applies to the 404 horses supplied by the engine. I’d say that the largest Cadillac sedan has lost none of the charm exhibited by its predecessor, which we tested for you a couple of years back. 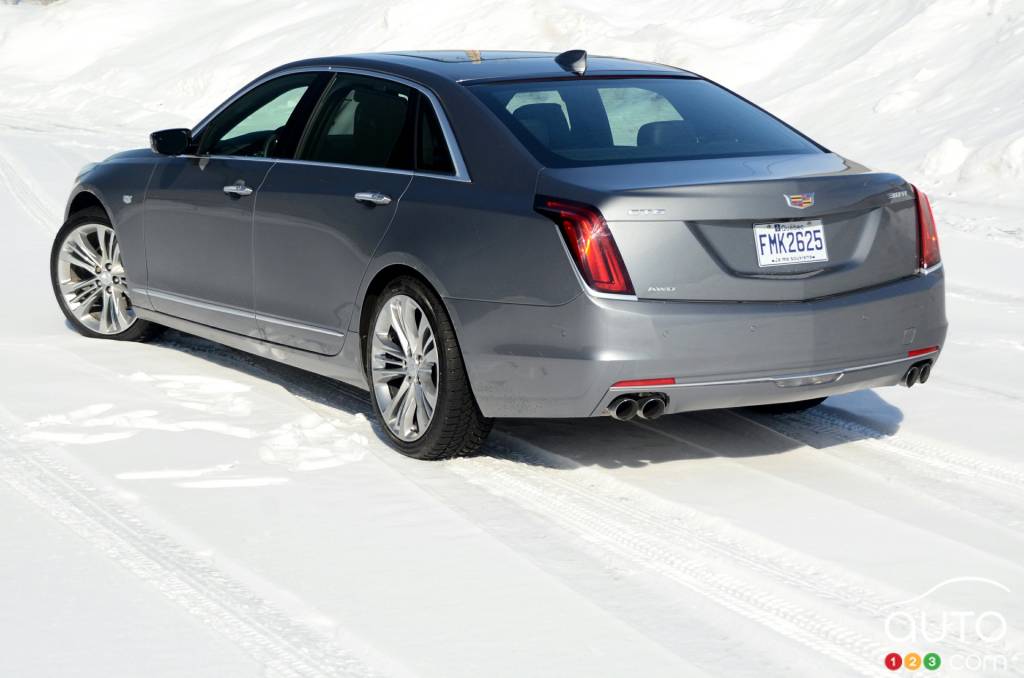 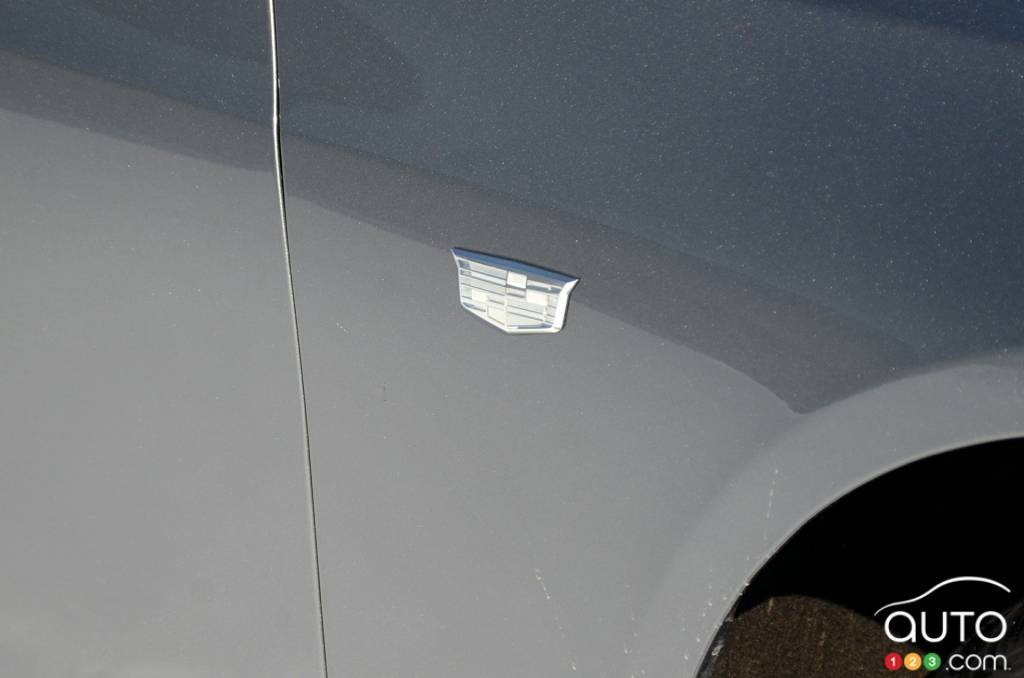 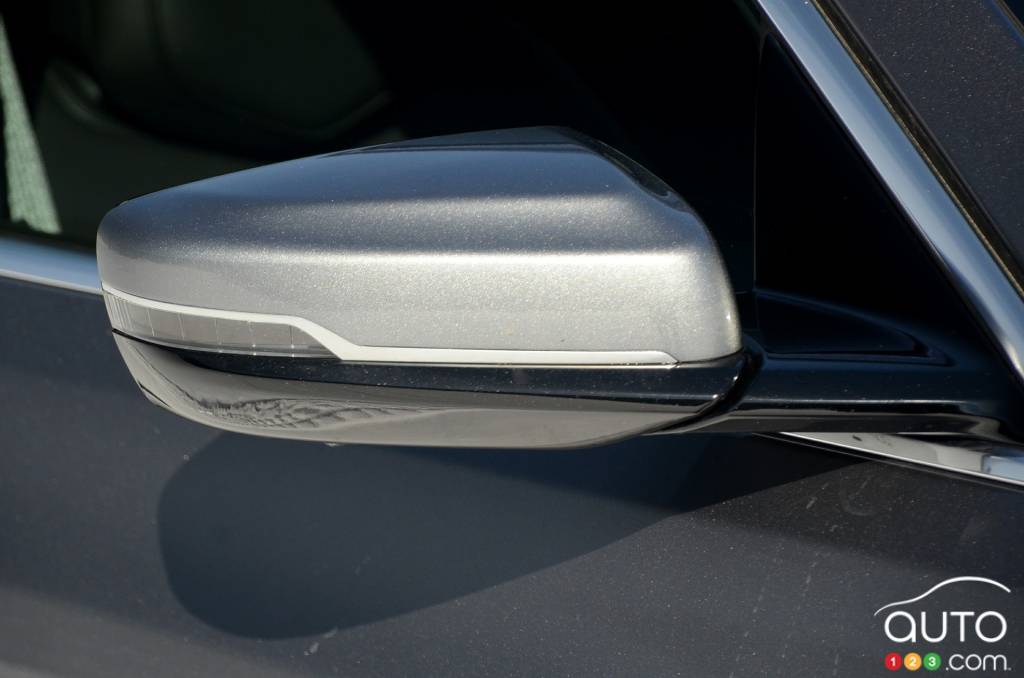 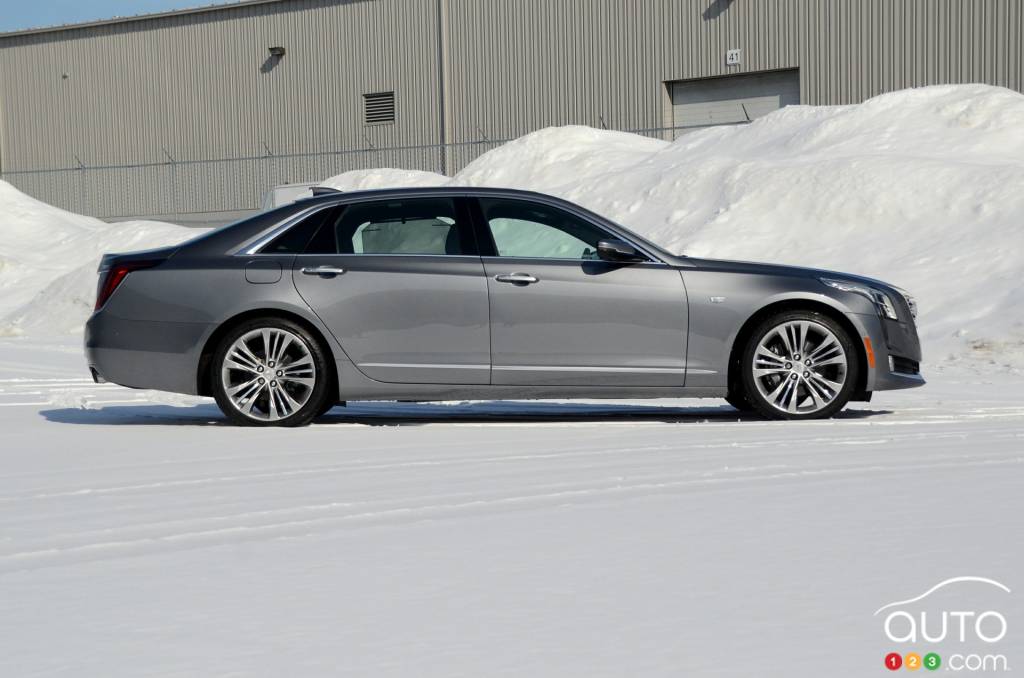 Cadillac's New V8 Could Serve the Next Mid-Engine Corvette

The announcement of a new V8 twin-turbo from Cadillac has set the rumour mill turning, specifically regarding its possible use in the upcoming new mid-engine...

Cadillac ATS in 2019: the Sedan Goes, the Coupe Stays

The pending arrival of the XT4 SUV has led Cadillac to rejig its production schedule and facilities, and the first victim of the changes is the ATS sedan, wh...