Victoria, BC ― Only three years into its eighth generation, Chevrolet is cleaning house with what its midsize sedan used to be. The 2016 Chevy Malibu ushers in the ninth generation with a complete overhaul.

“The 2016 Chevrolet Malibu is an unexpected car with unexpected features and value,” said Shane Peever, Brand Manager at Chevrolet Canada.

An unusual statement indeed, but one that paints a picture of a company owning up to an inferior product. Why else would the new Malibu be an unexpected car?

More and more consumers are flocking from sedans to crossovers, yet the midsize sedan segment has stayed strong with a hotbed of talent that still produces over 100,000 sales in Canada. Over the past few years, however, the Chevy Malibu has been dropping out of consumer minds and in the sales figures to the likes of the Toyota Camry, Honda Accord, Ford Fusion, and Hyundai Sonata.

In order to make a dent in this competitive segment filled with all-star players, something drastic needed to be done. And that always begins with creating some exterior excitement.

In recent years, the Malibu has started to wear a sleeker shape, and for 2016 it adopts a full-on coupe-like form. Due to its flowing silhouette, you might not notice that the car increased in size with 2.3” added in length, 4” to its wheelbase, along with 1.3” of extra rear-seat legroom.

The 2016 Chevy Malibu might be larger in certain areas, but its front fascia was lowered to take on a more aggressive look. Standing in front of the sedan, you wouldn't think it's a Malibu as it sports a more athletic stance with the use of a slimmer, dual-port grille, bold LED lighting, and modernized C-shaped fog lights. Body creases keep the sporty look going, which works well with its curvaceous, downward-sloping roof.

The Malibu’s expanded dimensions and reduced weight come from an all-new midsize platform. Lightweight materials, primarily aluminum, have largely contributed to the Malibu shedding 136 kg (300 lbs) from its 2015 iteration.

The Malibu Hybrid is currently in production with a two-motor drive unit that shares technology with the Chevrolet Volt, but it wasn't ready to fully test in Victoria. We did sample the two gasoline engines thoroughly, however.

I started the day with the top-end 2.0L unit in Premier trim, matched to a new 8-speed automatic transmission ― a General Motors first for front-wheel-drive sedans. It has an impressive burst of speed that's responsive and surprisingly smooth as it works its way up and down the gears. The weight savings are noticeable as the car was light on its feet while navigating through some winding roads. For a vehicle that's long and large in size, the 2016 Chevy Malibu accelerated instantaneously whether on the highway or when making passing manoeuvres in downtown Victoria.

Next up was the volume-selling base engine matched to a 6-speed automatic transmission. It lost 30 hp from the outgoing model, but through its new lightweight construction and materials, you wouldn't notice it.

To be honest, switching from the more powerful engine to the third-tier LT trim didn't dampen my mood. In contrast, I actually felt that the 1.5L showed a lot of kick with some help from a healthy 184 lb-ft of torque. Acceleration was smooth and relaxing without the need for more turbocharging action. The drive had enough power, noise cancellation, and effortless gliding over bumps to make the optional engine not worth the additional $7,000 price tag. It also had just enough gears for its power, unless you're one of those speed junkies. If so, why would you even consider a Malibu?

In both vehicles, I found steering to be responsive and easy to handle. The 2.0L version seemed to carry more steering wheel weight, which is exactly how I like it, while the base model managed just fine without any need for turning correction.

As for fuel economy, I achieved a combined 7.5L/100km with the 1.5L engine and 8.1L/100km with the 2.0L unit in mostly highway driving. Given the size of the car, these numbers impressed me and are comparable, if not better than some of the heavy hitters in the segment.

As mentioned above, the Chevy Malibu’s wheelbase is now longer. One of the major goals was to increase interior space, especially in the rear. The new Malibu lends itself to comfort with seating that provides plenty of headroom and legroom in both rows. You will find a new instrument panel, as well as a soft-leather dash that modernizes the cockpit and works nicely with the 7” or 8” MyLink infotainment system, but the main excitement here comes down to technology.

As with almost every new General Motors vehicle, you're treated to 4G LTE connectivity with Wi-Fi hotspot capabilities. In addition, you will receive Apple CarPlay and Android Auto, which allows the Malibu’s centre display to mirror many of the apps installed on your smartphone.

But it doesn't end there. This car also has a wireless charging area that actually pipes in air conditioning to not overheat your phone. Furthermore, you get the safety net of OnStar, a new “Teen Driver” feature that can monitor how your teen drives, and a plethora of available safety technologies including Low-Speed Collision Avoidance Braking, Front Pedestrian Alert, and Lane Keep Assist.

At a starting price of $21,745, the 2016 Chevy Malibu should get more people into showrooms, but be sure to at least jump up to the LS or LT trim that just creeps above the $24,000 mark. The Malibu can be found at dealerships right now and is already making an impact on the segment going from eighth to second in sales in barely two months.

The Malibu has come a long way in just one year with a much-needed overhaul from its design to its engines to its technology. Chevrolet put a lot of work into its midsize sedan to help it move from fleet to retail, and from the looks of things, it will pay off. 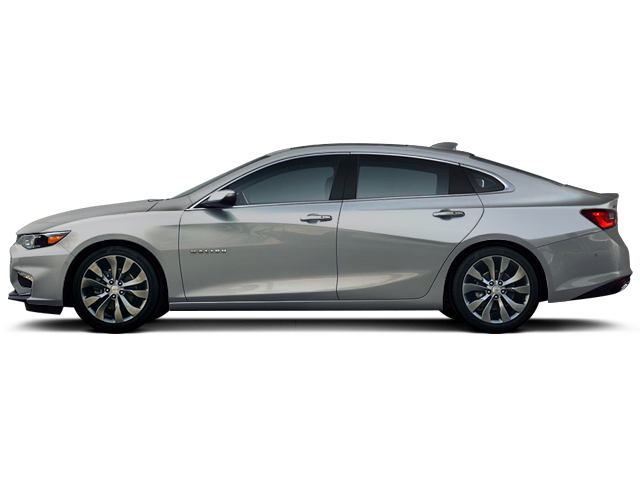 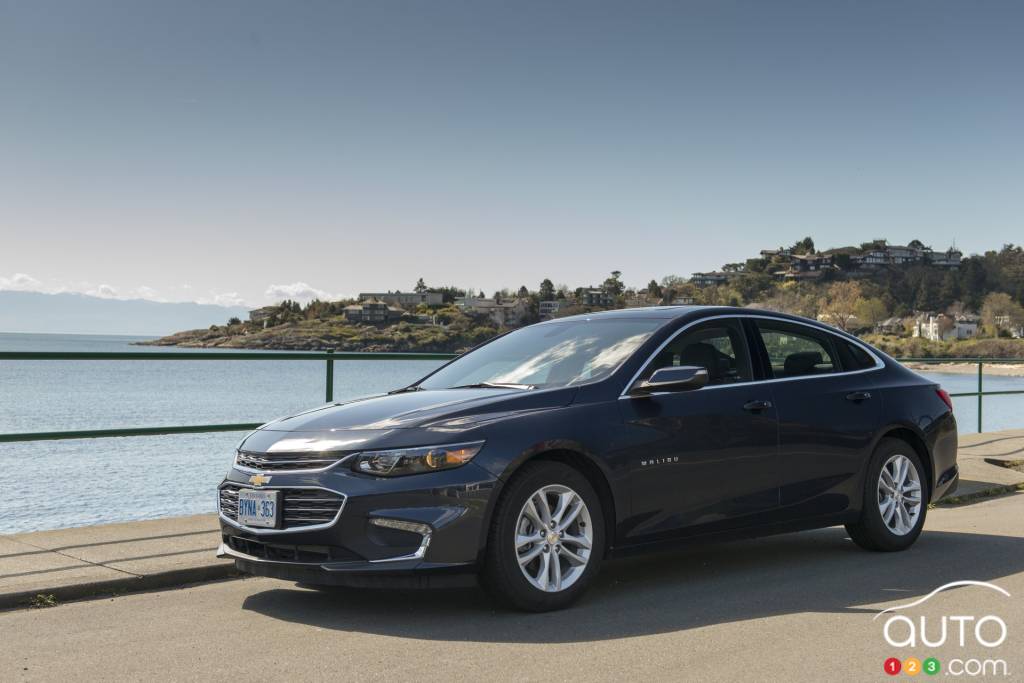 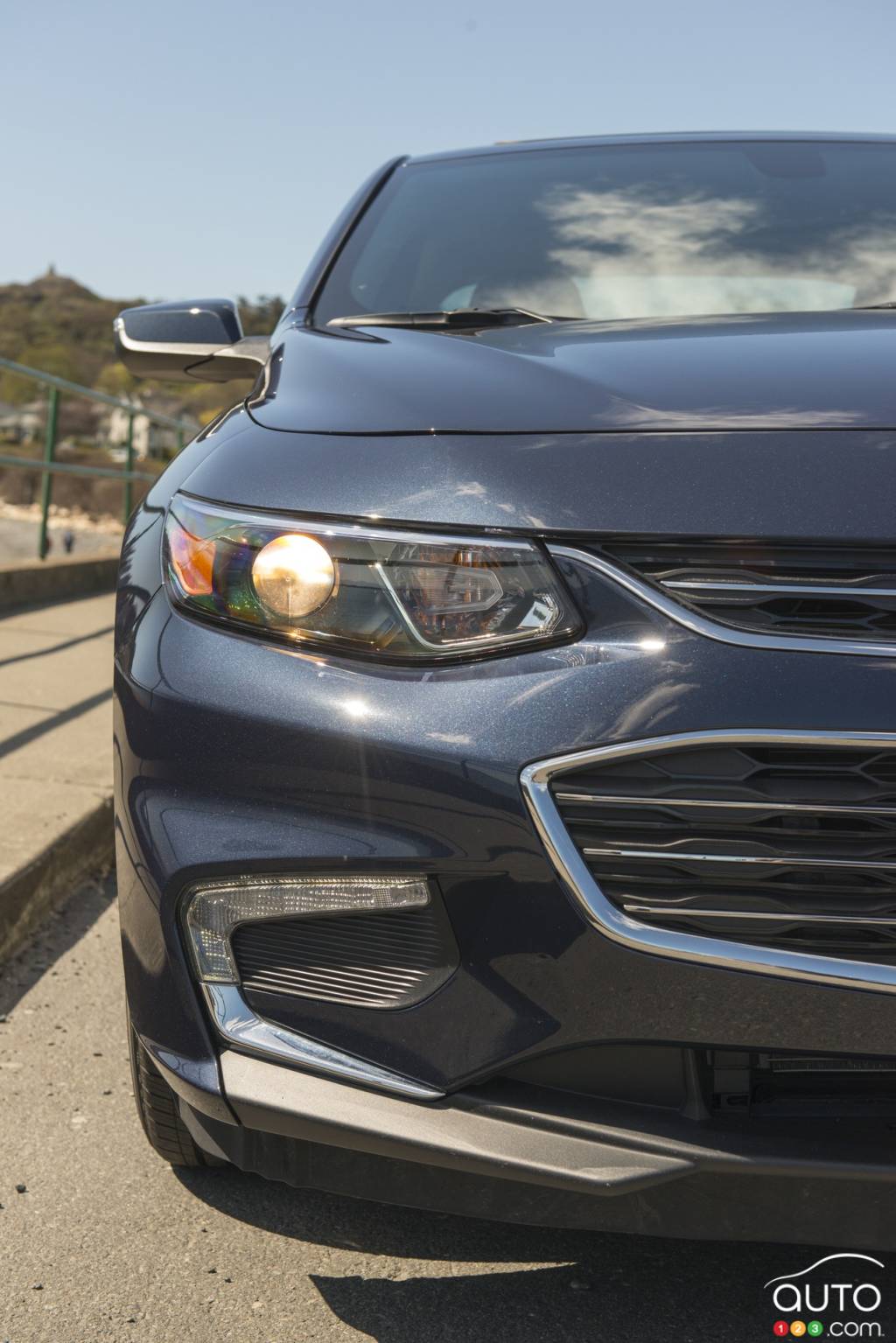 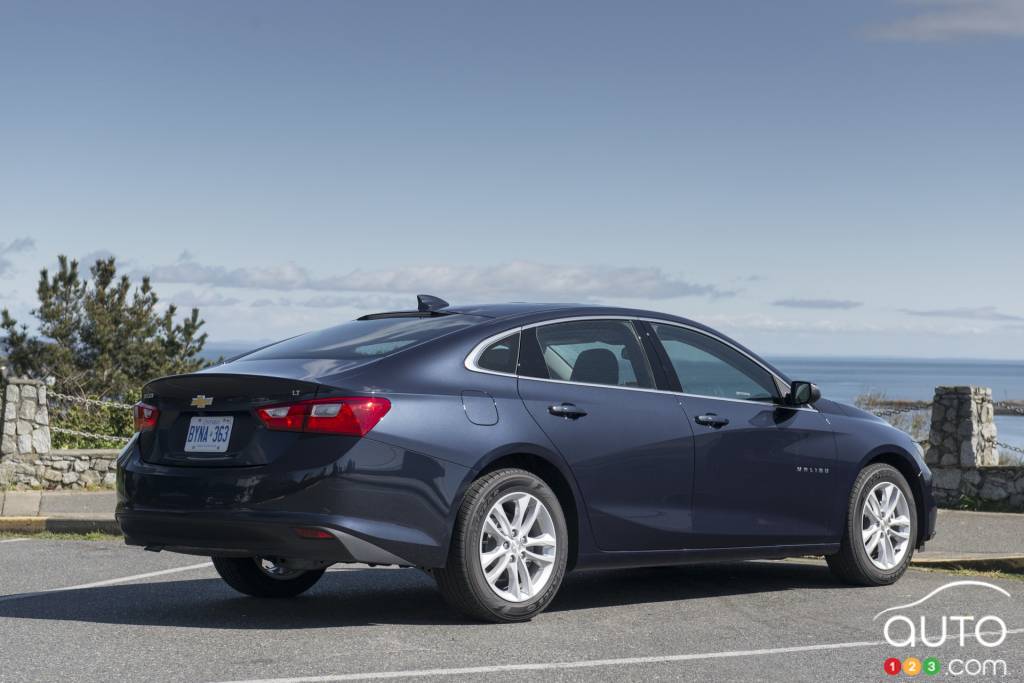 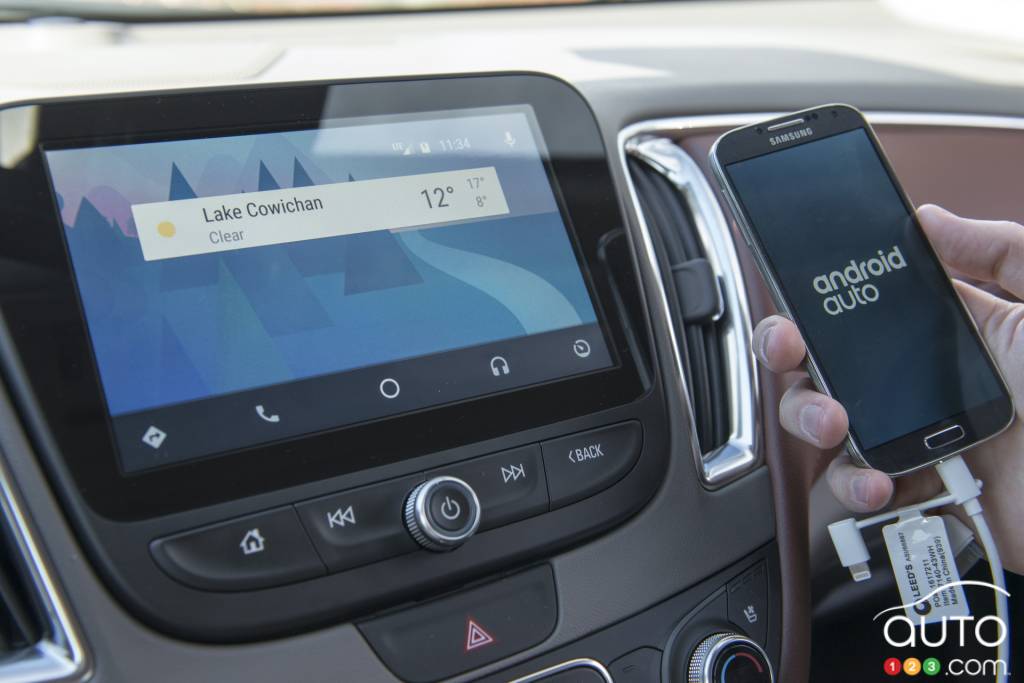 Kelley Blue Book just published its latest ranking of the best sedans under $25,000 USD. Can you guess what they are?

It seems that as the market for midsize sedans continues to lose ground to crossovers and hatches, one of the best responses to keep things competitive is to...