As modern vehicles inch closer and closer to near-universal excellence, it's becoming more difficult for car companies to differentiate their wares. This is especially true in the luxury segment, where an all-out high-tech war is being waged on three continents―Europe, North America, and Asia―to snag the attention of well-heeled buyers with the latest gee-whiz gadgets and gizmos.

The 2017 BMW 540i xDrive is the most recent example of this trend of premium automobiles emphasizing 'gear' over gears. To be sure, this is a competent and comfortable vehicle when sampled in a wide variety of driving situations, but that almost seems beside the point when it comes to how a brand evaluates a luxury car's impact on the market. Making the biggest noise amongst potential buyers, in showrooms, in advertisements, and during test drives, is now more often linked to specific interpretations of "mobility" that place the pilot on the periphery.

Almost all-new
The 5 Series has been completely redesigned by BMW for the current model year, and German automaker  has snagged parts of the larger 7 Series platform for use in its mid-size sedan (although with only minor proportional increases to match). As has been the case for quite some time, you'll be hard-pressed to spot the visual differences between the current 5 Series and the model it replaces, or tell a 5 and a 7 apart in traffic without having them line up side-by-side so you can see which one's tail wags a little longer. This is a conscious move; BMW has done an excellent job of spreading the prestige of its badge across a diverse range of sedans, crossovers, and coupes. As they say, a rising tide lifts all ships.

More is more
Inside the 540i xDrive (which at $69,000 stands as the penultimate rung of the 5 Series ladder, below the $82,000 M550 xDrive) is where you'll start to appreciate the tech-focused philosophy that's now guiding BMW's brand identity. While $69,000 is in itself a fair chunk of change to spend on a vehicle, just wait until you dip into the options to add things like forward and rear collision warning, lane departure warning, blind spot warning, adaptive cruise control, steering assistance, side collision avoidance and "evasion assist" ($1,900 in the Driving Assistance package), an automatically-closing trunk, soft-close doors, automatic high beam headlights, a head-up display, BMW's video surround parking camera system, heated seats front and rear as well as a universal remote control ($6,500 from the Premium Package enhanced), a night vision camera display ($2,500), the Adaptive Drive system ($3,500) and the BMW Display Key with remote control parking ($1,500). Stack it all up and my tester displayed a final sticker price of $90,400 before taxes, roughly $20,000 of that total in tech-related options and equipment.

Nearly $100k might not push your 5 Series out of the mid-size segment and into the executive class like its price might suggest, but the sheer amount of semi-autonomous safety gear, high-level comfort equipment, and "let me do it for you" features packed into the 5 Series is astounding. Compared to the previous-generation model―or dialing back the time machine ten years or so―it's clear that much like the soft wars currently being waged between nations, cyberspace is playing a huge role in deciding who gets to one-up who out on the autobahn.

You didn't ask for it, but it's here
It's at the point now where vehicles like the 5 Series are starting to be offered with features that serve no practical purpose, simply for the 'wow' factor. The remote parking system that came with my 540i xDrive tester is a perfect example, a gimmick that requires the use of a clunky, oversize remote (that needs its battery recharged regularly) just so you can stand (very) close to your vehicle and watch it pull itself one and a half car lengths fore or aft. It's a parlour trick, as is much of the other key fob functionality that comes with it (duplicating BMW's pre-existing mobile phone app), but it gets tongues wagging, especially when it's revealed that your work colleague's Mercedes-Benz / Audi / whatever can't do the same thing.

Keep it simple
The thing is, this is a car that really doesn't need to distract potential customers with digital sleight of hand. The BMW 540i xDrive's 335-hp, 3.0L turbocharged inline 6-cylinder engine feels like it's packing at least another 60 ponies with the pedal down, and it wouldn't surprise me to learn that its 332 lb-ft of torque are also vastly underrated from the factory. Its 8-speed automatic transmission disappears when cruising and strikes decisively when you're hoping for a hard gear change while accelerating out of a corner, and although steering feel isn't amazing (a testament to the combination of all-wheel drive + electric assist) it's definitely not vague; you know where those front wheels are pointed at all times. Toss in a chassis that's well-balanced if not particularly inspiring when driven quickly, and 90 percent of 5 Series buyers will have zero complains about the comfort and competence of the car.

The 2017 BMW 540i xDrive is a roomy, sufficiently nimble and surprisingly advanced car that competes hard against the equally-new Mercedes-Benz E-Class sedan and the Audi A6. It's also something of an overachievement when it comes to coddling drivers with a myriad of active safety features and electronic sideshows. You can steer clear of what can't be turned off―and lower your monthly lease payment―by simply not ordering this equipment in the first place and enjoying the many charms of the more modestly-equipped versions of the 540i. Think of it as addition by avoiding addition in the first place. 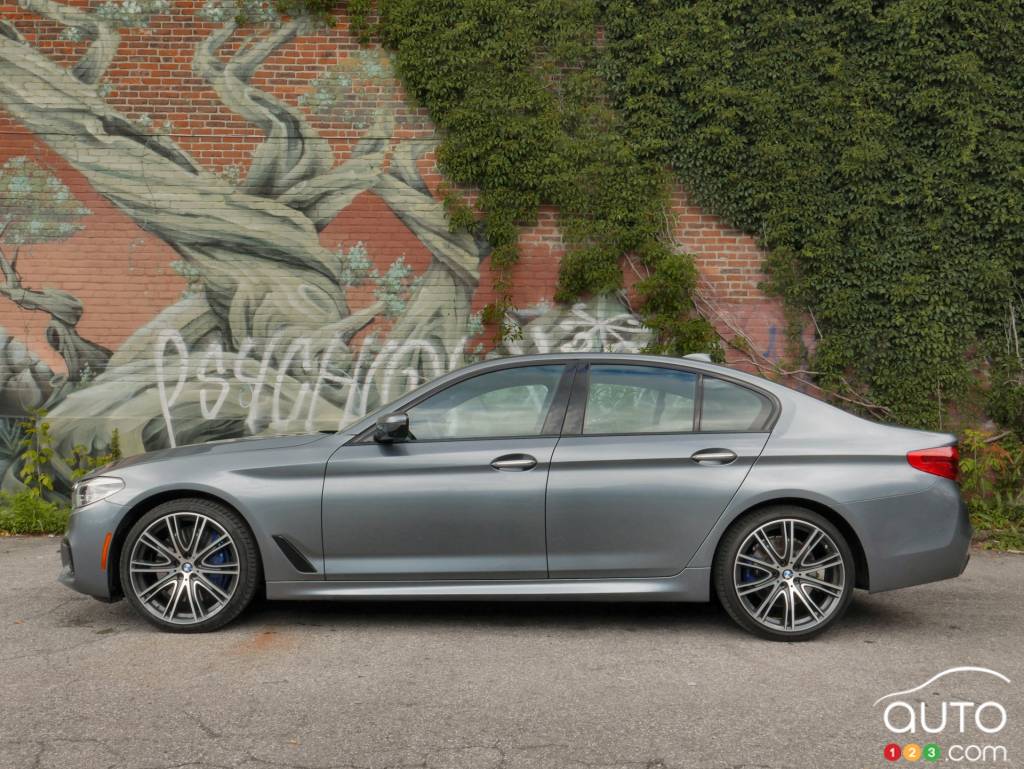 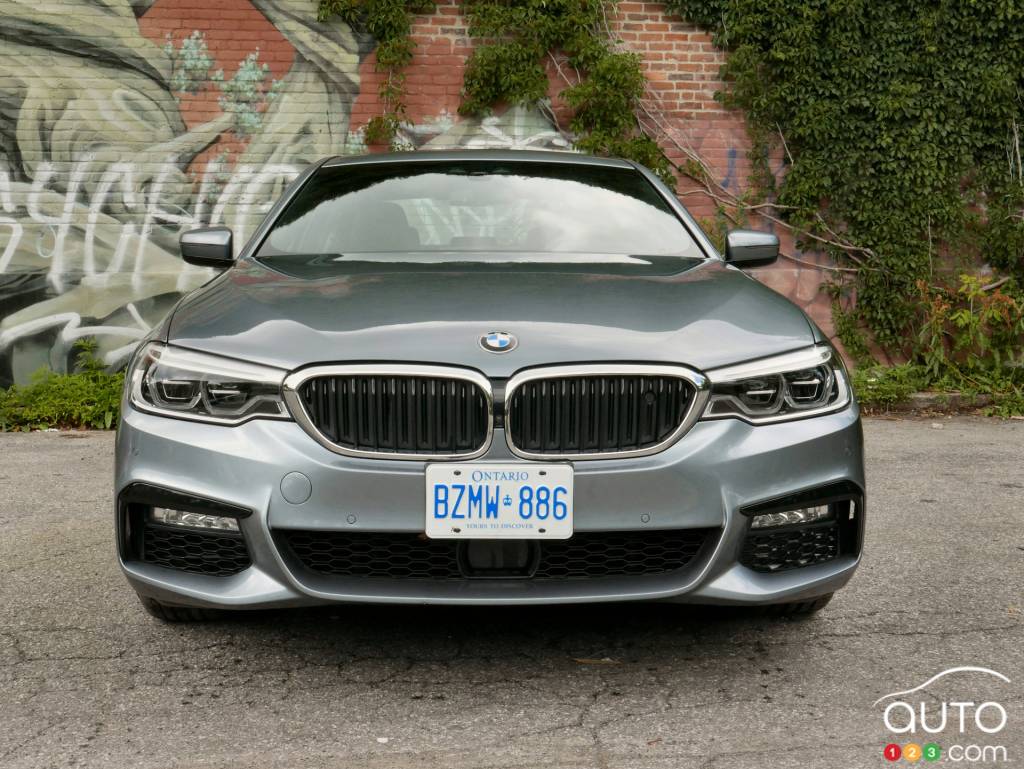 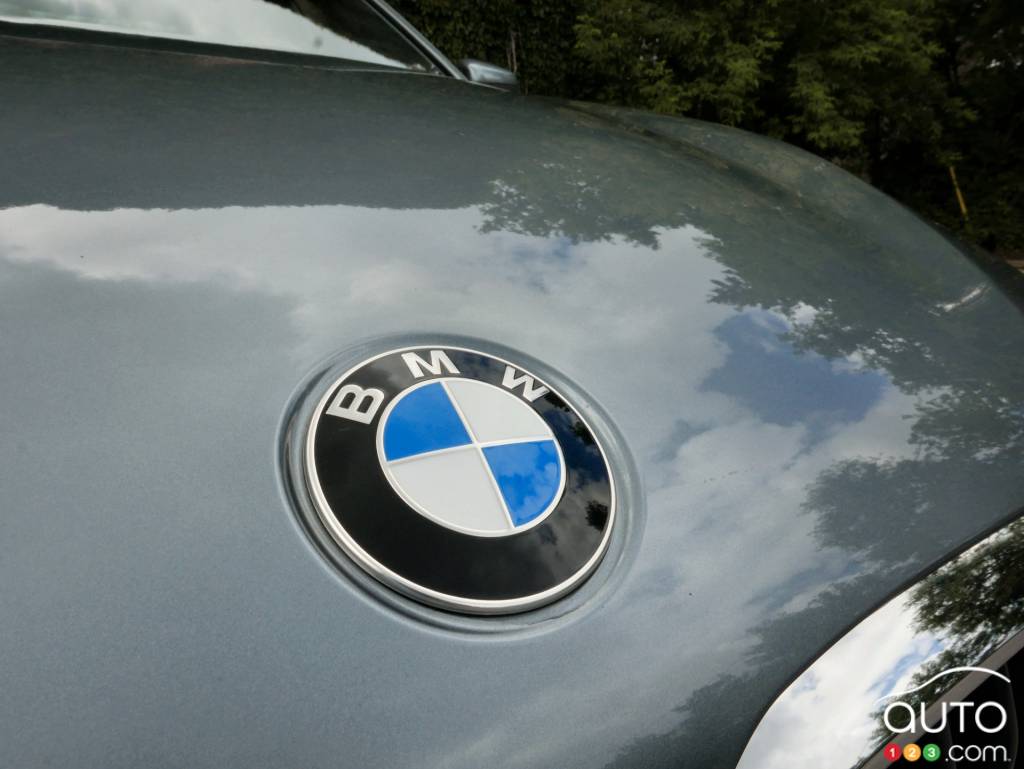 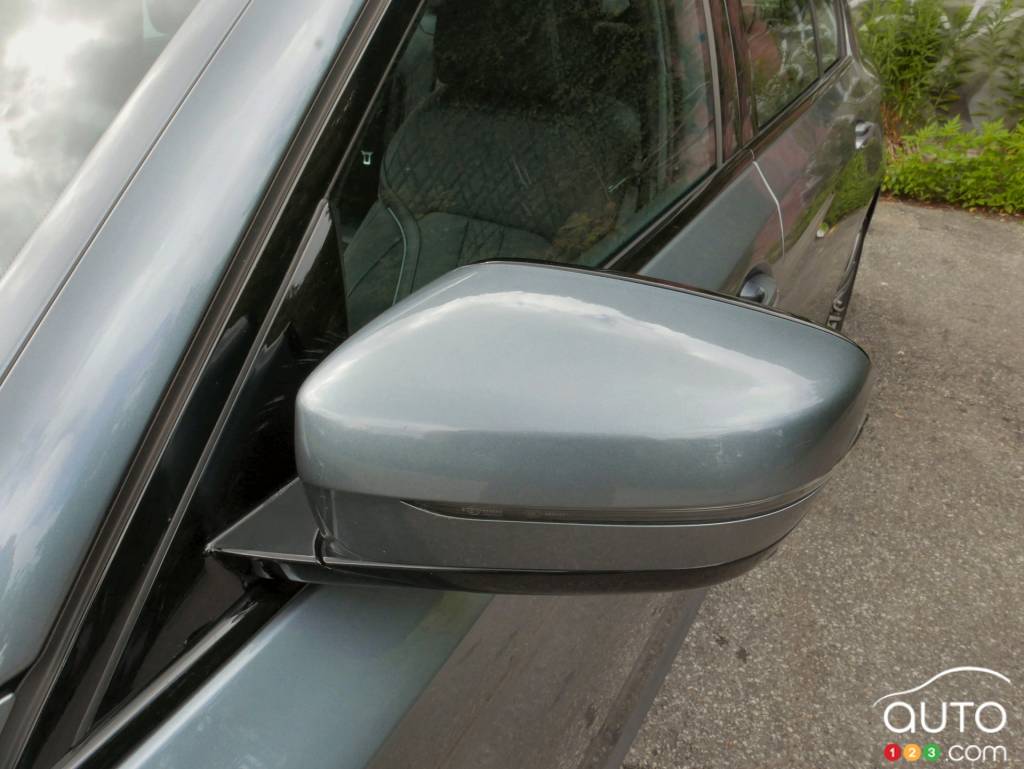 The iF Design Awards are internationally renowned and, for 2017, the Bavarian automaker particularly stood out. One of its vehicles even took home the highly...

The all-new BMW 5 Series won the EyesOn judges votes at the 2017 Detroit Auto Show by featuring a broad array of technology and design working in perfect har...

Instead of debuting at the Paris Auto Show two weeks ago, the completely redesigned BMW 5 Series sedan was revealed today. The wait was totally worth it.