If you never take the chance to seek out the unexpected and try something you wouldn't have considered before, then you always know exactly what you are going to find.

California is no exception to this rule: If I hadn't taken my eyes off the ocean and turned my gaze inland, I would not have discovered the oasis that is the Rancho Valencia resort, a 5-star jewel tucked discretely several miles east of San Diego's sun-kissed shoreline.

By the same token, if you never gamble on anything other than a status-quo German luxury coupe, then you'll miss out on the new blood infused by the 2017 Infiniti Q60.

The relevance of the Q60
It's no insult to say that not many premium shoppers in Canada have had the pleasure of making their acquaintance with the previous-generation Q60―it's simple math. Coupes of any kind, but especially premium models, are a niche that hasn't been blessed with the same adoration that SUVs and crossovers have been given over the past decade, seeing them slowly fade from the sales charts as buyers load up on anything with five doors and a snow-friendly ride height.

The redesigned Infiniti Q60 will meet your winter-weather SUV desires half-way (all-wheel drive is standard across the entire lineup), but rather than boasting about its practicality, the coupe accentuates the twin themes of performance and style, two areas where it's got the average luxury crossover beat cold. This is no half-truck/half-car that you ride hard, fill with dog hair, and put away wet. Instead, it’s the kind of high-class GT that you hand-polish in the garage on Friday nights at the expense of your weekly bowling league.

Red hot Red Sport
Rancho Valencia was a fantastic starting point to kick off a day piloting the 2017 Infiniti Q60 along the scenic network of secondary roads that divide San Diego's busy harbour from the farmland and vineyards over the hills. The grass and foliage, tanned a light brown in places by the impending fall weather combined with a recent dry spell, proved to be the perfect backdrop as I tore through the countryside in a Dynamic Sunstone Red version of the Q60 Red Sport, the mightiest and most expressive version of the car.

The eye-searing hue applied to the handsome coupe's captivating curves made it stand out that much more when driving through the Californian hills, but that's only part of the Q60 Red Sport's cachet. Sitting under the hood―or “front amidships” as Infiniti likes to call its engine placement―is a 3.0L twin-turbo V6 that's good for 400 horsepower and 350 lb-ft of torque. Matched with a 7-speed automatic transmission, this mill sprints from 0-100 km/h in just 5.0 seconds and absolutely annihilates the shortest of passing zones when already running at speed.

There will be other trim levels available, of course, including a 208-horsepower 2.0L 4-cylinder base model and a detuned version of the V6 that attenuates output to a still-healthy 300 ponies, in order to better match up with the Q50 sedan this new coupe shares much of its platform with. Still, in an age where forced induction has made a legion of luxury superheroes rattling off ever more impressive acceleration times, the Red Sport is the one to get―and the one that best displays the zeal with which Infiniti engineers are attempting to catch up to fast-lane luminaries like the BMW 4 Series.

The thorn in its side
Like all passion projects, the 2017 Infiniti Q60 comes with its share of flaws, not the least of which being the continued reliance by the brand on a fully digital steering system that supplants a direct, mechanical connection between the steering wheel and the front wheels with a string of ones and zeros desperately trying to approximate the good old days of road feel. Blasting through the twistier sections of road that connect a pit stop at the Vineyard Grant James in Ramona to the patio lunch that awaits at Temecula's Fazeli Cellars, I exhausted each of the car's seven steering settings without finding the right match for keeping track of the front rubber.

This blemish aside, the rest of the new Infiniti Q60 is perfectly happy to play its role of comfortable GT cruiser. The coupe is in its element when eating up rolling hills and wide open asphalt, its available adaptive suspension system proving much better executed than its digital steering box, and its various driving modes (including the sharp, but never dangerous Sport+) allowing for a respectable level of drivetrain and chassis training on the part of the driver.

Styling that amazes
All the while, even when stuck in traffic, the Q60 coddles with a cabin treatment that is, outside of the QX80 full-size SUV, the best I have ever seen from the brand, especially when it comes to the selection of leather and stitching to wrap around the elegant interior panels.

Have I mentioned yet that the car is gorgeous? Inside and out? While driving the Q60, you will be constantly reminded of this fact, just like I was during my day with the car. Perhaps the most memorable interaction occurred when meeting Ricardo Breceda, a sculptor who drew me in to his sprawling outdoor studio in Aguanga by way of the earthen, metal-works inspired dinosaurs, tortoises, and other fantastical creatures that rose up along the side of California Highway 79. Breceda did a full 360-degree walk around the car to admire its sheet metal, his hands flexing involuntarily as he did so, leading me to imagine him working the car's curves on his own lathe as he complimented the design.

Will the new Q60 emerge on top?
All things on the California coast must eventually return to the sea, and so it was with our final stop for the day at Cardiff's Pacific Coast Grill. Parking the 2017 Infiniti Q60 just beside the beach, I stood to watch the waves roll in from the depths of the Pacific―similar to the ones that brought the coupe over from Japan to meet its Atlantic-crossing European rivals in the battleground that is North America.

It might be a bit too much to expect the new Q60 to upset Germany's royal class in one fell swoop, but don't tell that to Infiniti's design team, because they've built a car that's going to go to the redline in an effort to try. 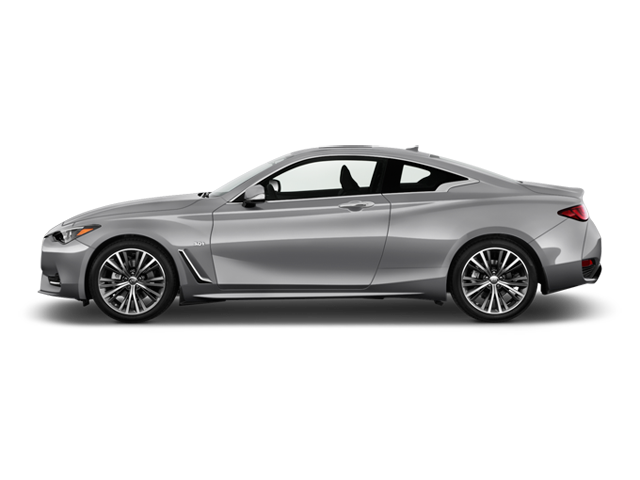 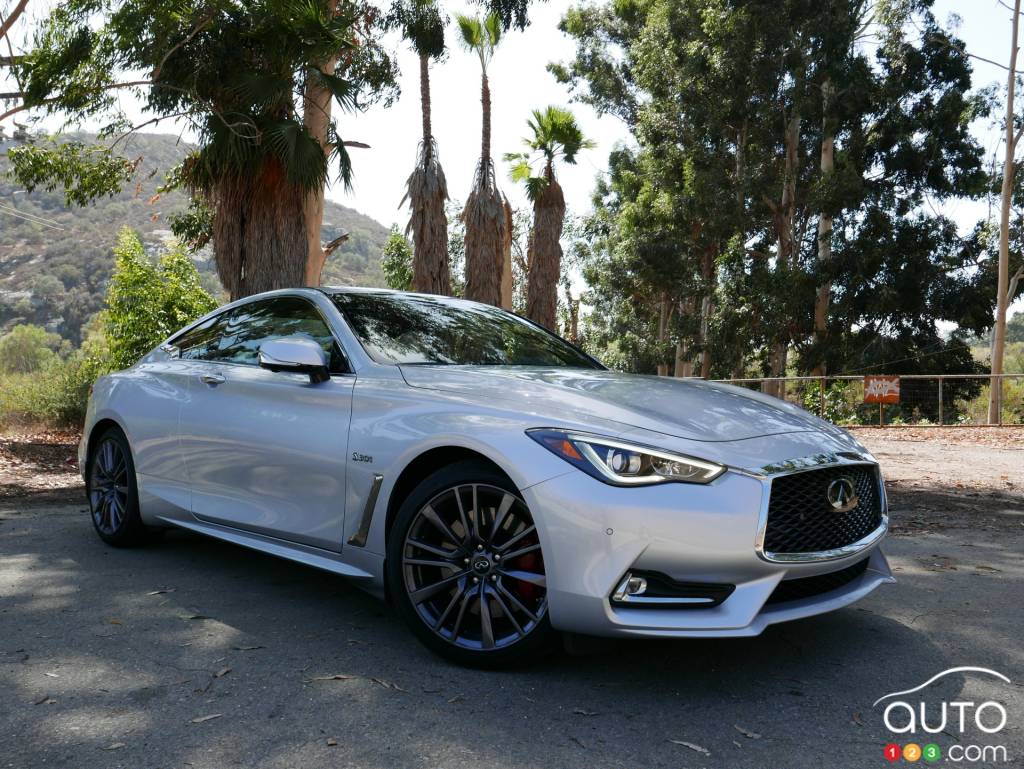 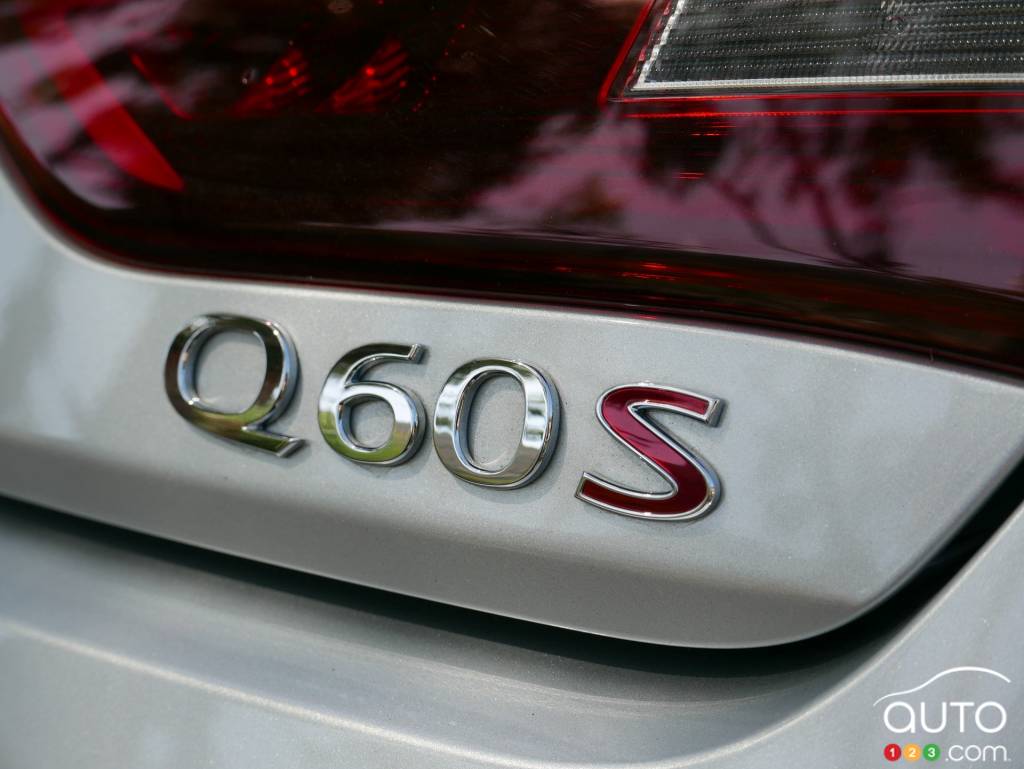 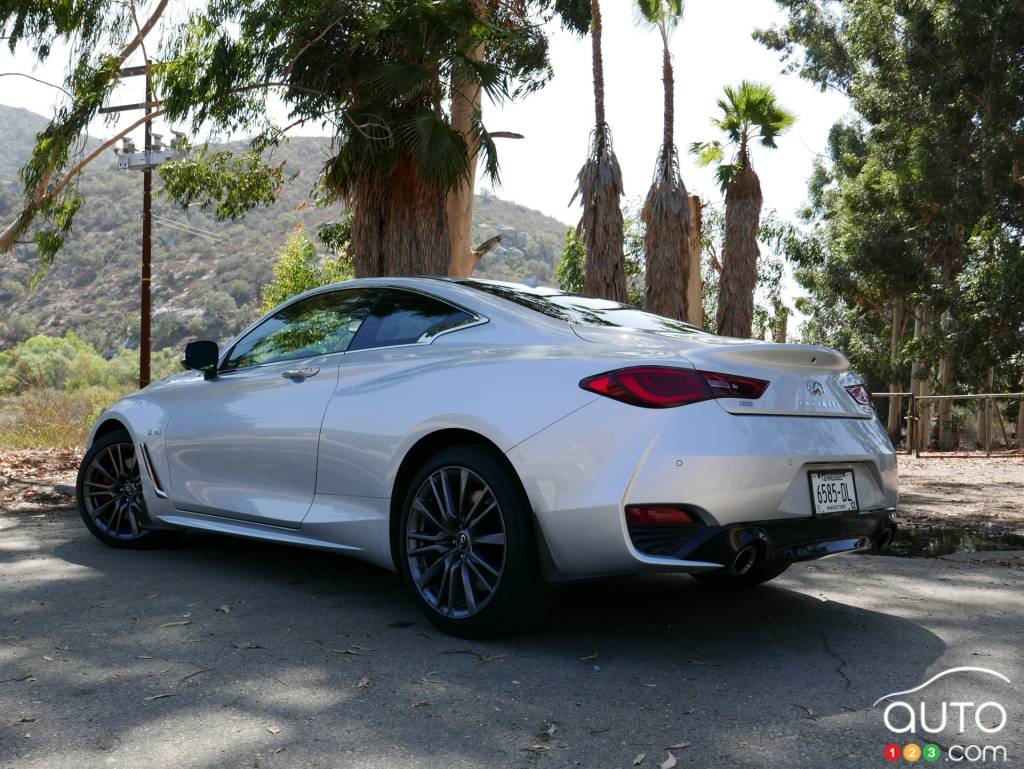 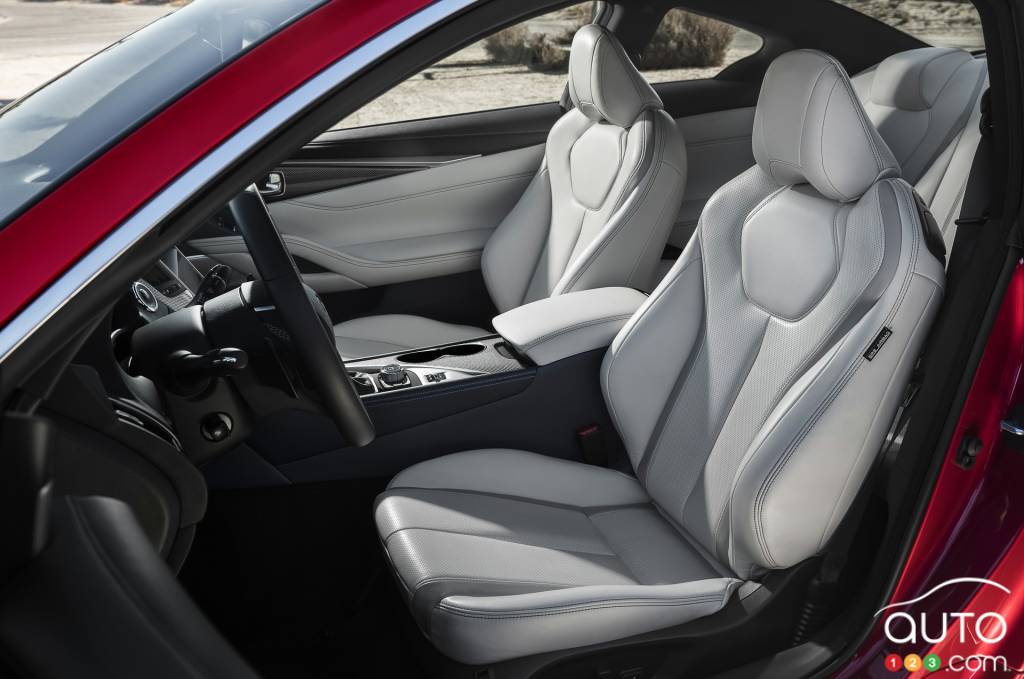 INFINITI must work hard to pry folks from the establishment, but with the Q60 they might just have the right tool to accomplish the feat.

No More Rear-Wheel Drive at INFINITI in 2021

For the past decade INFINITI has relied on rear-wheel drive system to propel its sedans and coupes, but it appears the company is planning an about-face begi...