For the most part, road testing a new model consists of a two-day stint covering over 300 km. Then, it’s possible some weeks later to test the same vehicle out in greater depth, say for a period of seven days. The third possibility is to drive the vehicle for a few months to gain greater insight into its strengths and weaknesses. Of course, the majority of new vehicles these days are of such exemplary durability that even a road test covering several thousand kilometres likely won’t tell us much in terms of reliability.

Rather, the primary objective of doing a long-term test drive is to put the vehicle to the test in all sorts of circumstances and weather conditions. And this is exactly what we had the opportunity to do with the new Mazda CX-9, starting in the fall of 2016, then stretching through the winter and right into the spring of 2017. We racked up upwards of 10,000 km in the SUV, which allowed us to learn much about it and its performance.

Is the 4-cylinder engine up to the task?
When the CX-9 was first unveiled at the Los Angeles Auto Show in 2015, the biggest surprise for those in attendance was not its elegant contours or its excellent interior design. Eyebrows were most raised by what sat under the hood, in the form of a 2.5L 4-cylinder tasked with powering this fairly large SUV and enabling it to transport up to seven people.

For the umpteenth time, the engineers at Mazda showed that they simply don’t tackle problems in the same way that their opposite numbers do at other manufacturers. So instead of juicing up the power level by including a more fuel-hungry V6, they opted for a small, turbo-charged 4-cylinder that produces 227 hp (with regular gasoline) or 250 hp (when using super gasoline).
The amount of horsepower may not sound that impressive, but the secret of this engine’s success lies in the 310 lb-ft of torque it can deliver, even at low RPMs. Rather than worry about impressing consumers with high raw power numbers, Mazda focused its efforts on meeting their daily needs. And so, to my surprise, I was duly impressed upon first encountering it by the responsiveness of the engine. Moreover, all through the duration of the road test, the tank was often as not filled with regular gasoline, and the reduction in power was not an issue – although to be clear, those extra 23 hp do make some difference.

In any event, no matter which pump we used when filling up, the engine’s performance was adequate, even when it had to lug five occupants around. What was even more surprising, however, was the ability of the little 4-cylinder to pull its weight and then some – towing capacity is 3,500 lbs. Over the course of the three seasons we drove the Mazda CX-9, average fuel use came in at around 10.6L/100 km, which is more than acceptable for a vehicle this size.

Practical and refined
From the time it was introduced, the CX-9 received rave reviews for the sophisticated presentation of the dashboard and luxury-minded cachet of the interior. Our months-long test drive confirmed the consensus opinion: all those who sat in it were impressed as much by the elegance of said dashboard as by the overall quality of the cabin. And lo and behold, that third row of seats proved adequate to accommodate average-sized adults; it helped that their access to it is made easier by a second sliding door.

On the other hand, Mazda’s infotainment system, though alright in and of itself, won’t strike fear into the hearts of the model’s competitors that offer more for the buck. Still, the comfortable front seats, generous middle-row space and ease of access to the third row make the new CX-9 easy to appreciate. There’s also the ample cargo capacity to consider; it grows from 407 to 2,017 litres when the rear seats are folded down. As it happens, during our road test we had on a few occasions to transport cumbersome items, and the ability of the vehicle to accommodate them proved a valuable asset.

Dinged by a snow-plow!
Over the course of the road test, which extended from fall 2016 to spring 2017, we did not encounter the slightest mechanical issue. In wintertime the all-wheel drive proved to be both efficient and transparent. When road conditions became most difficult, the large family vehicle maintained its grip and behaved perfectly. And while at the outset we felt that the 6-speed automatic transmission should really count eight of them instead, in the end the gearbox showed itself to be well-calibrated and gentle when shifting.

As for the road handling of the 2017 Mazda CX-9, we found little to complain about, this despite the vehicle’s rather imposing dimensions – as long as we kept in mind we were driving an SUV and not an MX-5, say. Certainly this is one of the most pleasant SUVs to drive in its category.

The final report card, then, is a very positive one for this vehicle which has much to offer, particularly given the asking price. The absence of a V6 proved to be no handicap at all. Unfortunately, just a few weeks before the end of our extended road test, an overly-aggressive or negligent snow-plow driver caught the right front end of our CX-9, damaging the grille and a section of the bumper. Shockingly (or not), there was no note leaving contact info or even an apology. At least the headlights were untouched, which kept the cost of repairs from skyrocketing.

If you’re in the market for a vehicle able to move seven people in comfort should include the new 2017 Mazda CX-9 on their short list, particularly since it offers impressive fuel economy for the category. 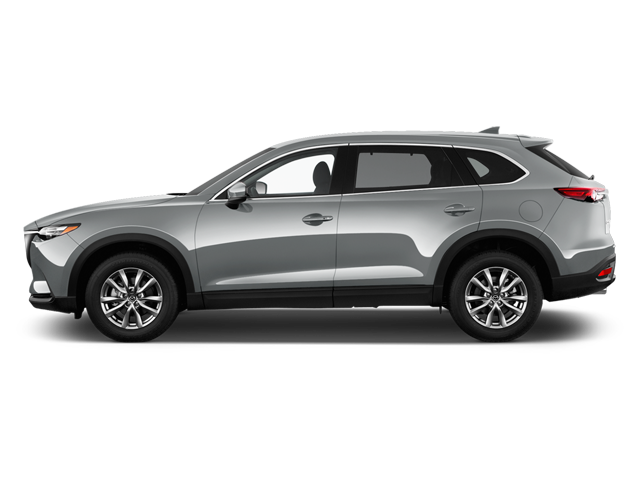 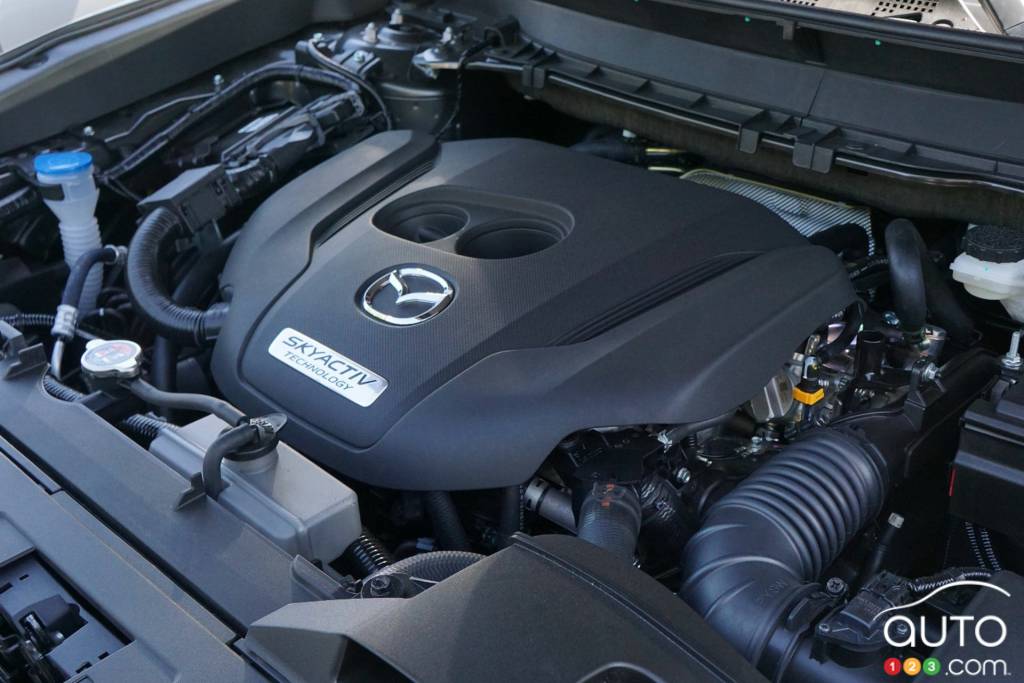 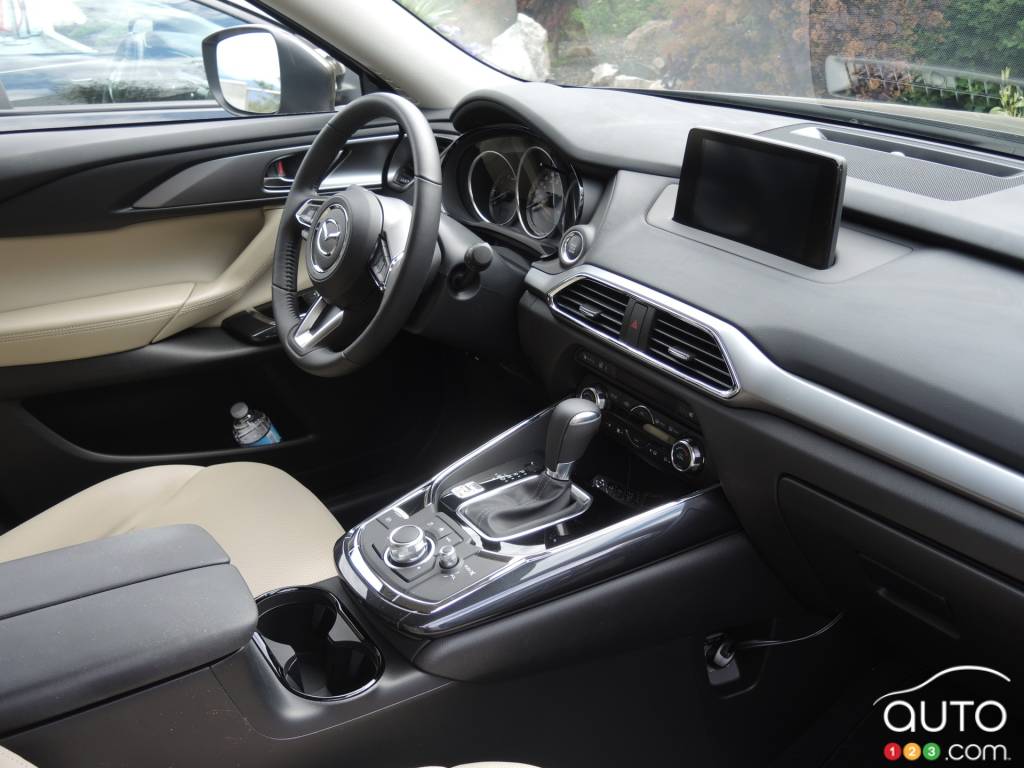 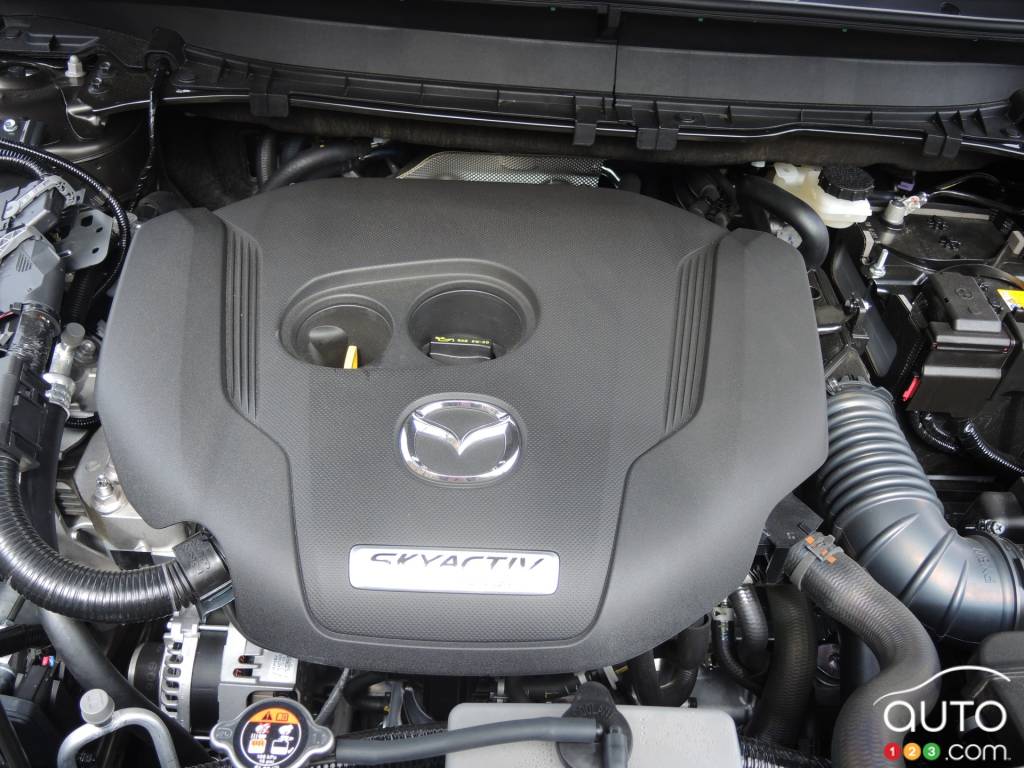 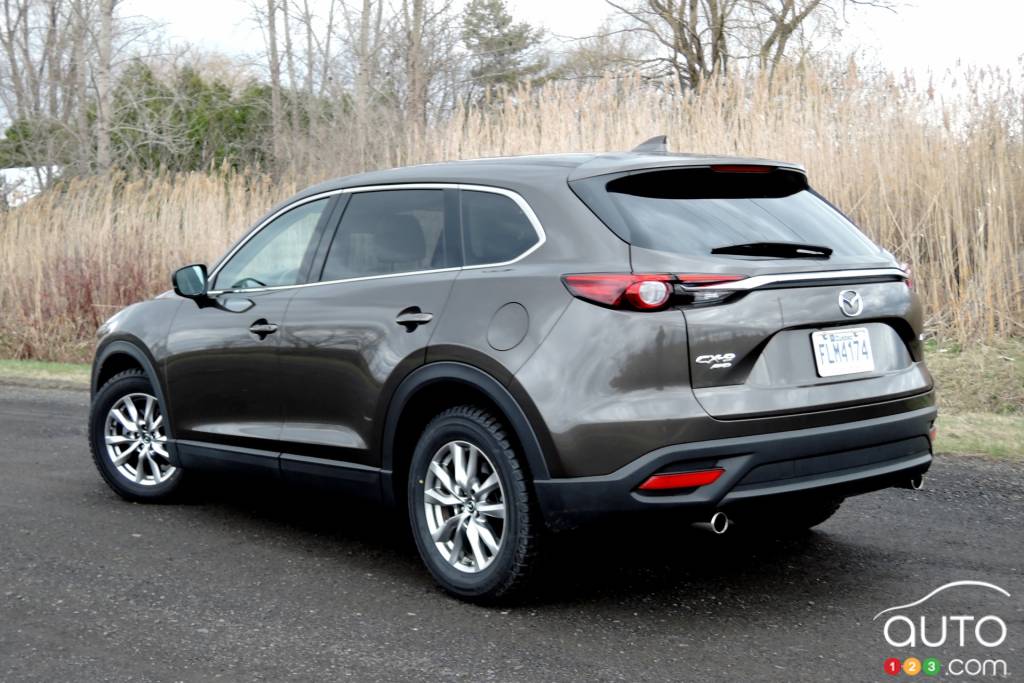 Embraced by consumers and automotive journalists alike, the new CX-9 from Mazda has just received the highest safety rating from the IIHS. Is there a better ...

The new Mazda CX-9 recently won the 2017 Auto123.com Midsize SUV of the Year award, and now ranks on the “Car and Driver” 10Best Trucks and SUVs list.