Dresden, Germany ― Porsche is an out-and-out enthusiast brand, and its design team lives and breathes as such. How else can one possibly explain the new Panamera?

If I were to say to you “I’m going to take a double-decker London bus and adapt it to go drifting,” you would call me a raving lunatic. However, if I happened to work for Porsche at the time, they’d likely say “Cool idea, Kev. Go for it.”

This is perhaps the only logical explanation for a company taking an uber-luxurious, 4-door sedan and turning it into a highly competent weekend racer, which is precisely what Porsche has done with its new Panamera.

Rules were meant to be broken
There are certain golden rules within the car industry, such as you never change everything on a vehicle at once. For instance, you don’t bring out an entire new lineup of powerplants at the same time as your new chassis and exterior design. It’s just not done; it’s in the rulebook.

Well, in the case of the 2017 Porsche Panamera, the design team either left their reading glasses at home or threw said book out the window, because they totally disregarded this rule. In fact, the only three things Porsche has kept from its old Panamera are the name, the badge on the front of the hood, and the basic concept of it being a 4-door vehicle. For everything else, they went back to the drawing board.

The all-new Panamera
Although instantly recognizable as a Panamera, the new exterior now sports flared shoulders, a rather athletic flank, and its roofline flows back in a manner that could be deemed to be somewhat akin to a 911. Much attention has also been given to the rear, which now includes the new 3D badging recently seen on other products, plus some highly stylish LED lighting. In truth, the rear end of the original Panamera was somewhat bland in certain regards, so this redesign has nicely corrected the issue. On the new Panamera Turbo, the rear wing now splits as it extends, thereby gaining additional surface area and optimizing downforce. It is glorious to see in action, and this only supports my claim that Porsche designers tend to think slightly beyond most other brands.

The underside has been totally reworked on a new modular platform with rear-axle steering (inspired by the 918 Spyder and 911 Turbo) and a brand new 3-chamber air suspension system. It also benefits from an electromechanical roll stabilisation system, Porsche Dynamic Chassis Control Sport (PDCC Sport) with Porsche Torque Vectoring Plus (PTV Plus), and a so-called 4D Chassis Control system. There’s also been considerable thought given to the materials used and how these affect the safety, rigidity, and overall balance and handling of the vehicle.

Speaking of materials, the door panels of the new 2017 Porsche Panamera are manufactured from aluminum and then roll-hemmed directly onto the steel frames. Aluminum is also now utilized for the roof, hood, tailgate, and front fenders, accounting for 32% of the car’s construction.

All these engines are mated to a brand new 8-speed version of Porsche’s famous PDK dual-clutch transmission, and all models now come equipped with a permanent, fully variable all-wheel drive system.

The interior of the 2017 Porsche Panamera has also been revisited with black panel surfaces and interactive displays resembling those of smartphones and tablets. Drivers can now communicate with their vehicles using certain apps and even preprogram destinations into their GPS while sitting at their kitchen table prior to leaving home. The system is truly impressive and also offers owners the opportunity to link two phones at any given time, so there are no longer any arguments between couples as to whose calls are more important.

The new Panamera boasts many standard and optional assistance systems including a night vision assistant that uses a thermal imaging camera to detect people and large animals and then displays those hazards via a colour-highlighted warning indicator on the dash.

Meanwhile, Porsche InnoDrive works in conjunction with the adaptive cruise control system and, based on three-dimensional, high-resolution navigation data, computes the optimal acceleration and deceleration rates, as well as gear selections and coasting phases for the next three kilometres. The system automatically takes bends, inclines, and speed limits into account, not to mention other vehicles and current speed limits. One key benefit is a dramatic reduction in fuel consumption while cruising: Under the Euro 6 emission testing procedures, the combined figure for the Panamera 4S is 8.1L/100km, while the Panamera Turbo comes in at 9.3L/100km.

Panamera wrap-up
I started out by calling the new 2017 Porsche Panamera an uber-luxurious 4-door sedan capable of going racing, and I wasn’t kidding. Although we weren’t permitted to drive the vehicles ourselves, I was fortunate enough to partake of a fast rear-seat lap around the Euro-Speedway (Lausitzring) in Germany. Trust me when I say I have never experienced acceleration that compares to sitting in the rear seat of a luxury sedan while the driver engages launch control and floors it off the line. Thank God for the scrumptiously supportive interior that held me firmly in place, because we drifted around most corners at speeds of up to 230 km/h. It was both thrilling and terrifying in equal measures ― and I used to be a rally driver!

As I stumbled out of the car with my head still spinning, I couldn’t help but wonder if these guys are crazy. After all, who in their right mind needs a luxury sedan like this? Then I remembered: This is Porsche we’re talking about here, and the company didn’t exactly start out by manufacturing luxury sedans. Oh yes, these guys are part-crazy for sure, but you have to understand where they’re coming from. Porsche builds finely tuned, ultra-high-performance sports cars, and just because the Panamera carries a couple of extra doors doesn’t mean that it shouldn’t live up to the brand’s historic reputation.

Maybe you’ll understand why I haven’t mentioned the performance figures until now. Like all good writers, I chose to save the best for last. The new Panamera 4S (with Sport Plus) accelerates from 0-100 km/h in just 4.2 seconds, while the Panamera Turbo (with the Sport Chrono package) now does it in a remarkable 3.6 seconds. Their top speed is 289 km/h and 306 km/h, respectively. Porsche recently took the new Panamera Turbo to the Nürburgring and set a lap time of 7:38:00 ― identical to that of the Lexus LFA and Lamborghini Gallardo LP 570-4 Superleggera.

So yes, the new 2017 Porsche Panamera is an outstanding automobile in every sense of the word. I can only hope that one day the company goes into bus production, because I still like the idea of drifting one of those! 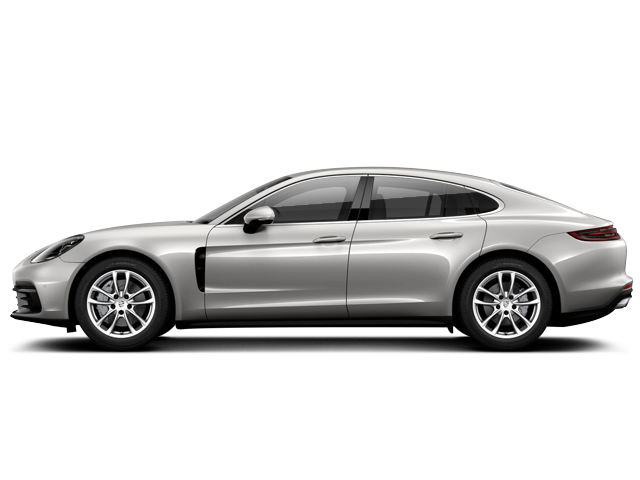 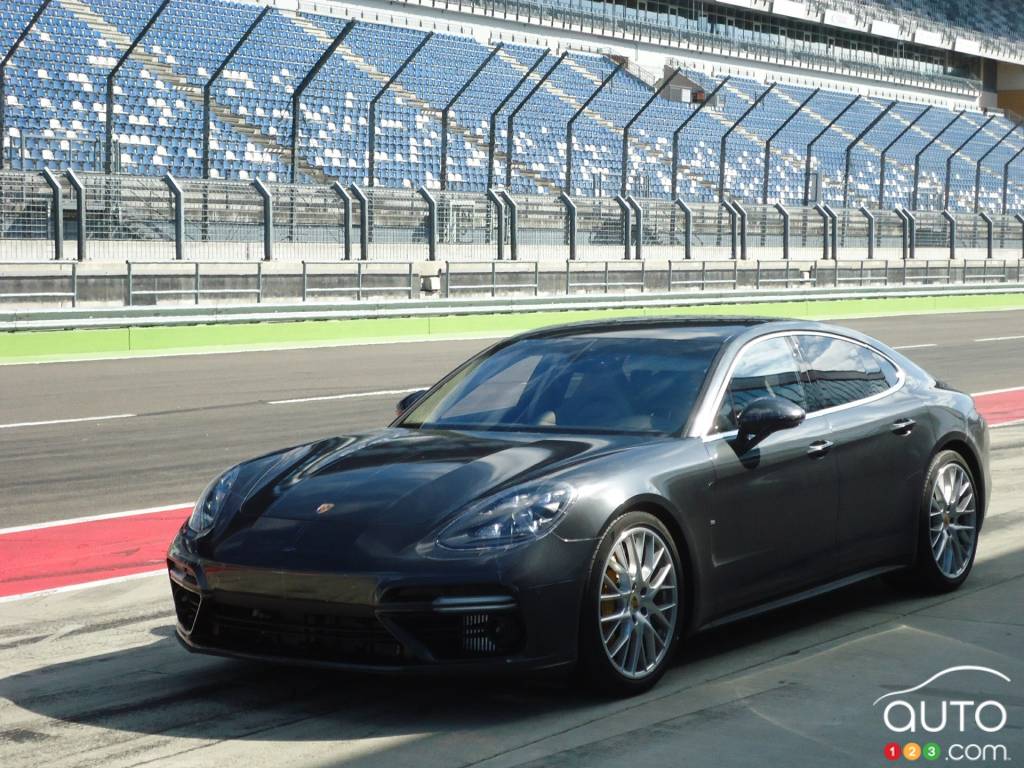 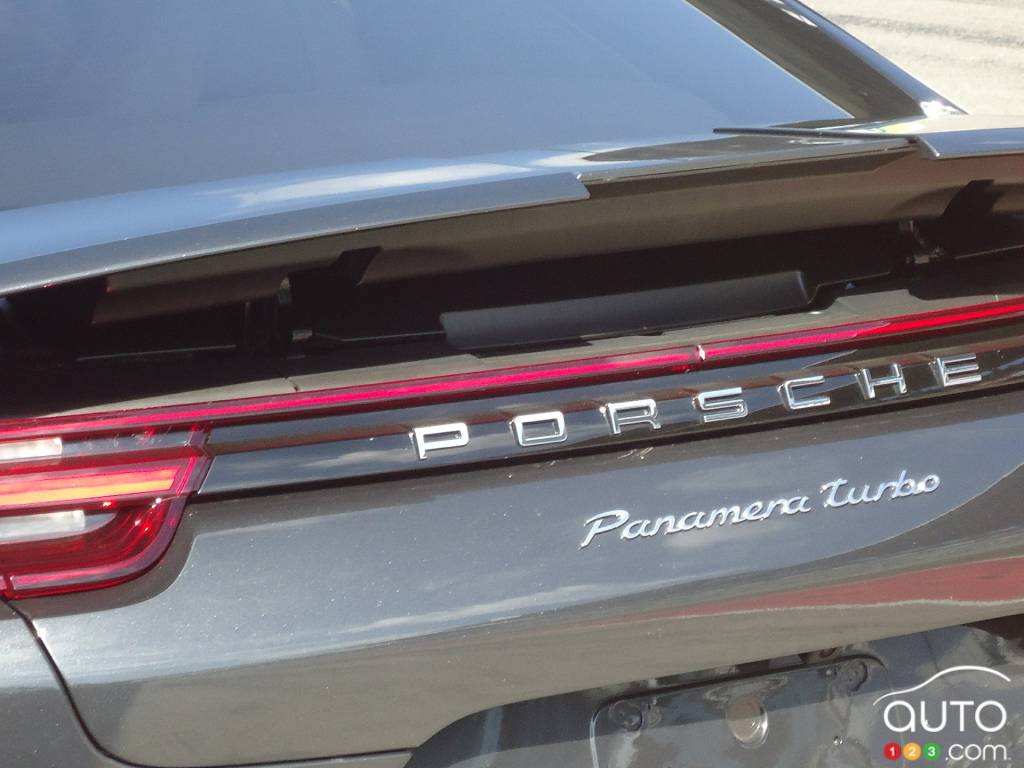 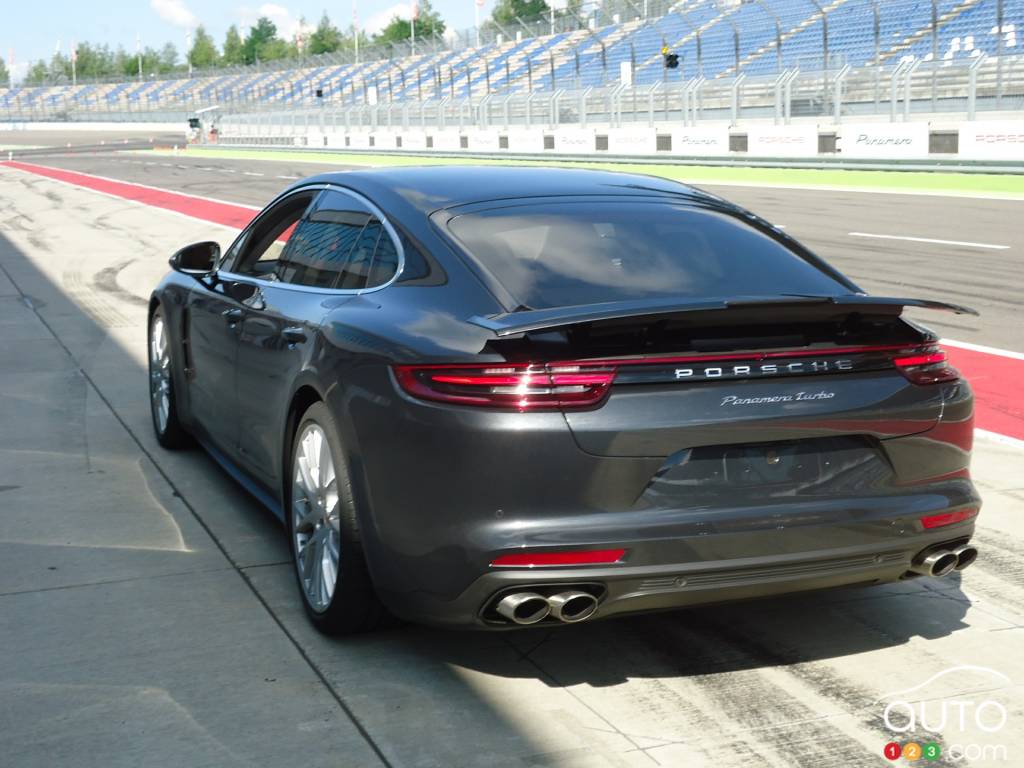 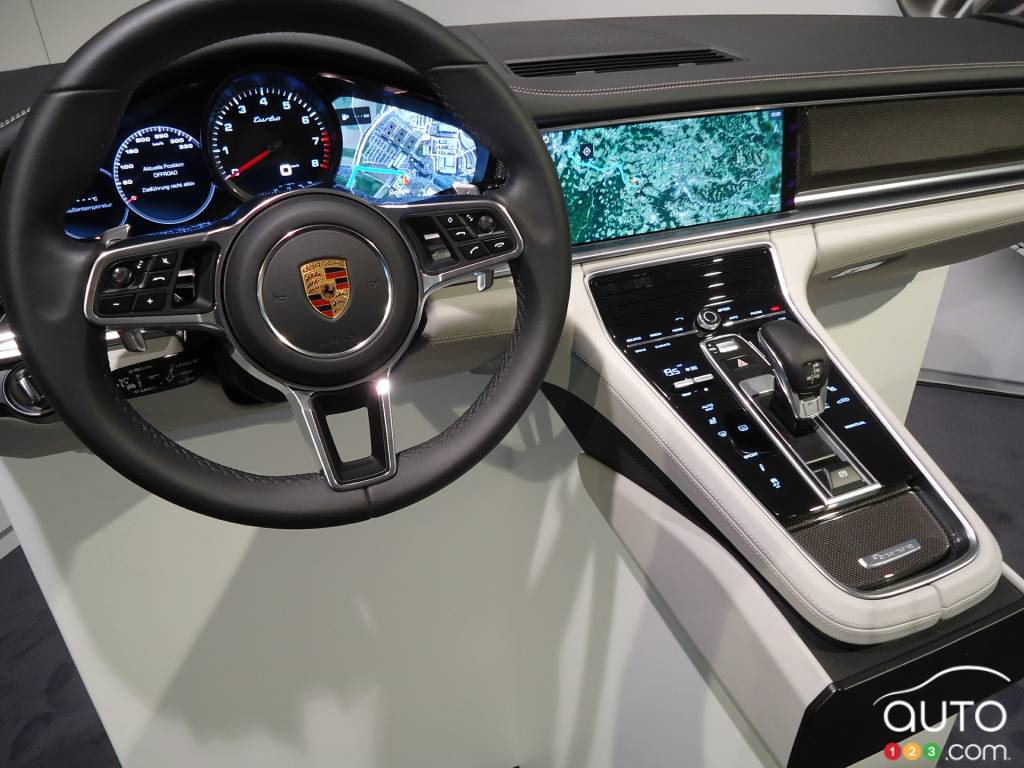 The new 2017 Porsche Panamera and stories of courage (vid...

The 2017 Porsche Panamera shares the spotlight with actors Patrick Dempsey and Michelle Yeoh as well as chef André Chiang in four inspiring videos.

Experiencing the straight-line thrust of the 2017 Porsche Panamera never gets old. And the new, sturdier chassis means that you can do it in an almost relaxe...