It’s an open secret that Volkswagen is actively seeking to burnish its image among disaffected North American consumers in the aftermath of the diesel-engine emissions scandal. One of the German manufacturers’ strategies is to invest massively in electric technologies. Hence the unveiling of all those I.D.-labeled prototypes earlier this year.

While it’s fairly certain that a compact-car equivalent of the I.D. BUZZ van and the I.D. CROZZ crossover will see the light of day – all of these possibly under different names by the time they hit production – at present VW still does not have on offer a comprehensively advanced solution in the mold of the Bolt EV from Chevrolet or the Model 3 from Tesla, for example.

Still, it would be unfair to accuse Volkswagen of inertia in the domain – as evidenced by the arrival in its lineup of the e-Golf, a successful prelude of models to come. The category now features another European player, and it’s one that should be warmly embraced by Canadian consumers, even if it might be a stretch to expect the e-Golf to match its gasoline-engine equivalent in terms of sheer popularity. In any event, for 2017 the electric variant of the Golf has been upgraded all around; a week behind the wheel gave us confirmation of this.

New on the outside?
As any green car should, the Volkswagen e-Golf meets an all-important first criterion: look different than the rest of the model lineup. The design team has dutifully dressed the plug-in Golf with a few exclusive touches.

The overall treatment is still sober, mind you. The front end inherits a full grille, garnished with a trim-exclusive thin blue line that stretches to the headlights. Under these are LED daytime running lights that got several nods of approval during our weeklong road test.

On the sides, the badge on the front wings where VW places the “GTI” or “R” badge on its performance models is replaced here by “e-Golf”. Another exclusive touch is what the car sits on: 16-inch Astana wheels, on which are fitted equally exclusive low rolling resistance tires.

Get behind the car, and you’ll notice LED lights there as well, while the bumper is slightly different than the one on the e-Golf’s gasoline-engine brethren. And of course, the absence of an exhaust pipe is another clear signal of the model’s green bona-fides. Overall, though, fans of the model need not worry – the Volkswagen e-Golf retains its distinctive Golf shape!

A modern and quiet interior
The inside tells largely the same story, that of a highly practical and functional environment tweaked without being transformed. The dashboard is the same as that of the Golf, although the instrument panel behind the steering wheel is slightly different with its energy consumption indicator located on the left. Prominent in the centre is a 9.2-inch touchscreen (available with Technology package, for just $2,305 more), which features hand-gesture technology, a first in a North American Volkswagen model. The system gives access to a multitude of applications.

The car we used for the road test was also equipped with leatherette covering, a touch of added luxury that will set buyers back another $360. As in the other Golfs in the lineup, the comfort level of the seats is a strong point. Driving position is also worthy of high marks, as is the impressive sound insulation that makes the Golf driving experience as quiet as it is exhilarating.

Range and recharging: the daily habits of an electric car
With an advertised range of 201 km (although the screen in our tester displayed 248 km), the new Volkswagen e-Golf goes several kilometres farther on a charge than its predecessor, which in any case was never made available in Canada. Though this range doesn’t measure up to that racked up by the Bolt (383 km), Tesla’s Model 3 (354 km) or the new 2018 Nissan LEAF (241 km), it is nonetheless sufficient for most motorists whose drives are mainly short, frequent and limited to the city.

Regarding that range, the electric Golf behaves like no other car in its category: range depends in large part on the mood of the person holding the steering wheel. Strong acceleration peels a few kilometres off, while even, smooth driving squeezes a few more out of the battery. Place the gear shifter in “B”, and energy recovered during braking and when slowing down adds more range still; although, it takes a bit of getting used to the increased resistance when the right foot releases the accelerator pedal.

Volkswagen has promised a charging time of about five hours on a 240V outlet, while using a regular 120V plug more than doubles that time. It’s also possible to get the battery up to an 80% charge using a quick charging station in about 30-45 minutes.

And how does the VW e-Golf drive?
The specific constraints for this model (charging time, range, etc.) notwithstanding, the Volkswagen e-Golf does not significantly mess with the recipe used with success for more than 40 years. The Golf is a car that’s compact, great to handle and fun to drive. The biggest difference lies in what’s produced by the powertrain, which only generates 134 hp. On the other hand, the 214 lb-ft of torque available at a stop is quite impressive.

We did note that applying too much pressure on the pedal is enough to cause the front end to slide. And while it’s undeniable that my heart still lies with the manual-transmission Golf GTI, it has to be said that the e-Golf is a ton of fun to drive day-in, day-out. Acceleration is peppy, the noise level as mentioned is really low, and road grip is quite good for a car running on low rolling resistance tires. If your heart so wishes, you can even choose from different drive modes.

The verdict
The promise of merrily driving by gas stations without ever paying a visit, and the exceptional road handling it delivers, should pretty much guarantee that the e-Golf will sell like hotcakes. The reality is, though, that questions regarding the electric energy persist in the minds of consumers. Many are still scared off by the range, or by the time it takes to recharge the battery, or even by the price tag. The electric Golf sells for $35,995 ($38,660 in our tester’s configuration), putting it beyond the reach of buyers on a tight budget. But factor in the provincial rebates offered by some provinces ($8,000 in Quebec and $14,000 in Ontario, for example), and the e-Golf suddenly becomes a more interesting proposition.

Editors Note: The 250 units of the 2017 model initially offered by Volkswagen were quickly snapped up as pre-orders this past April, but a new batch is expected at dealers later this fall. 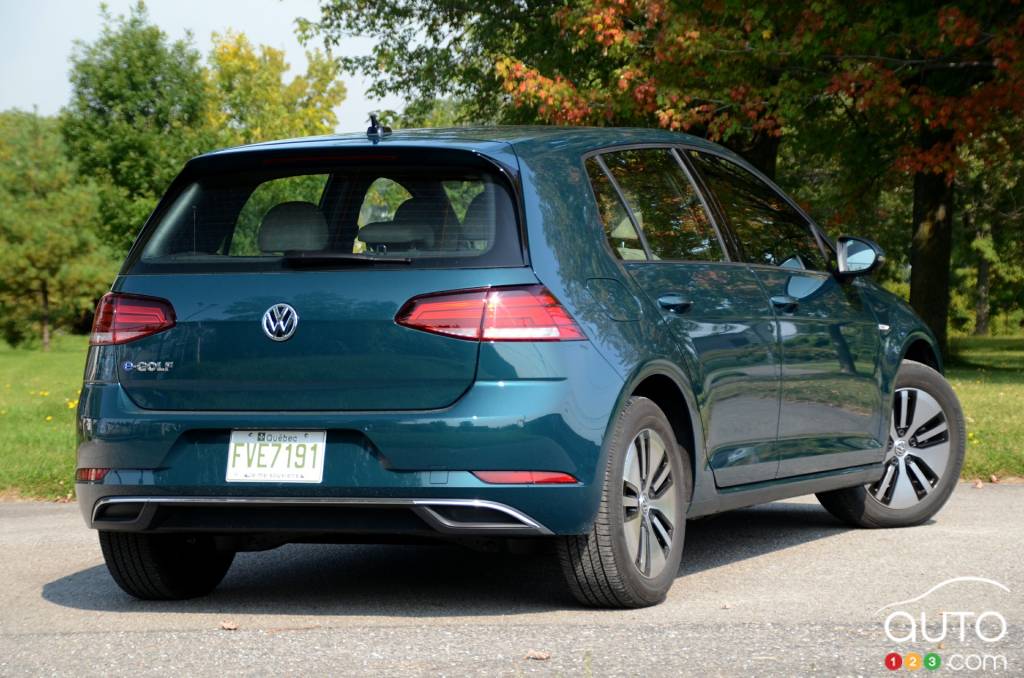 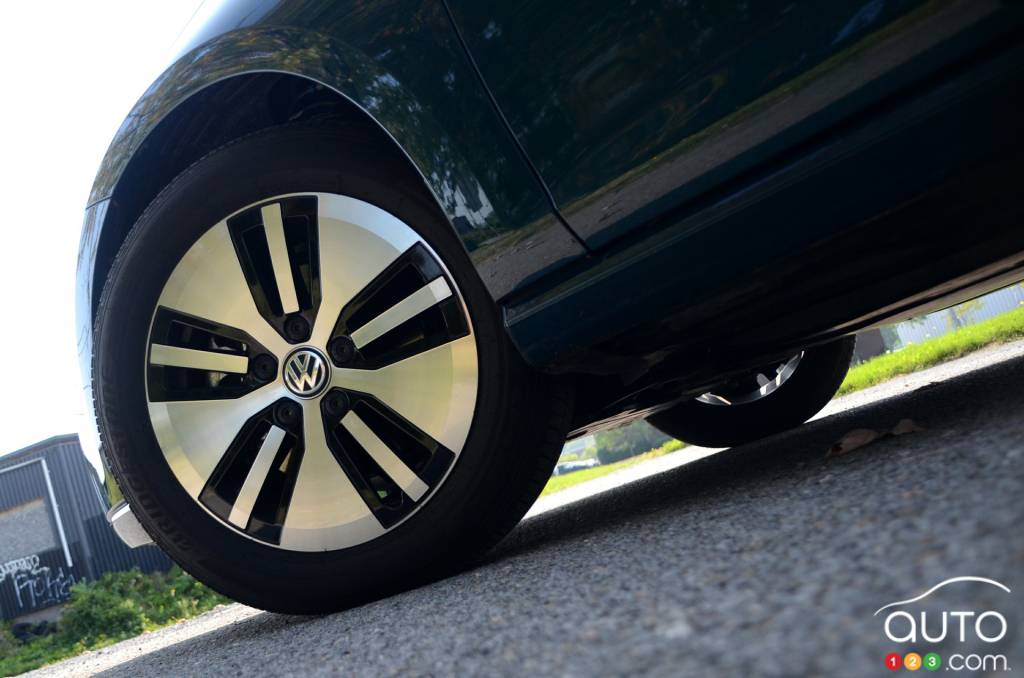 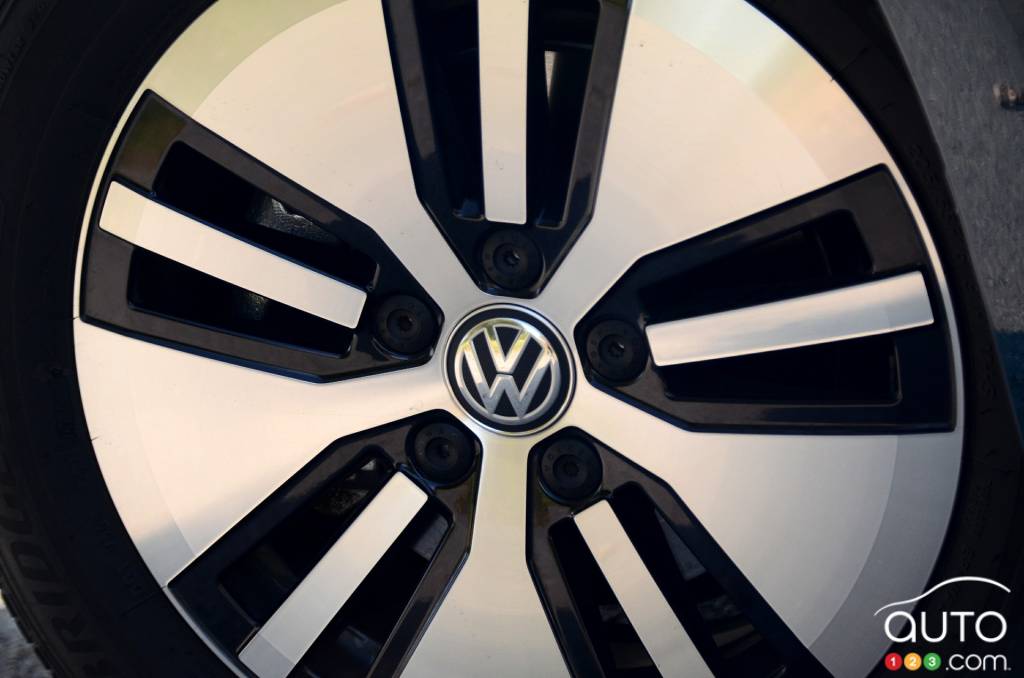 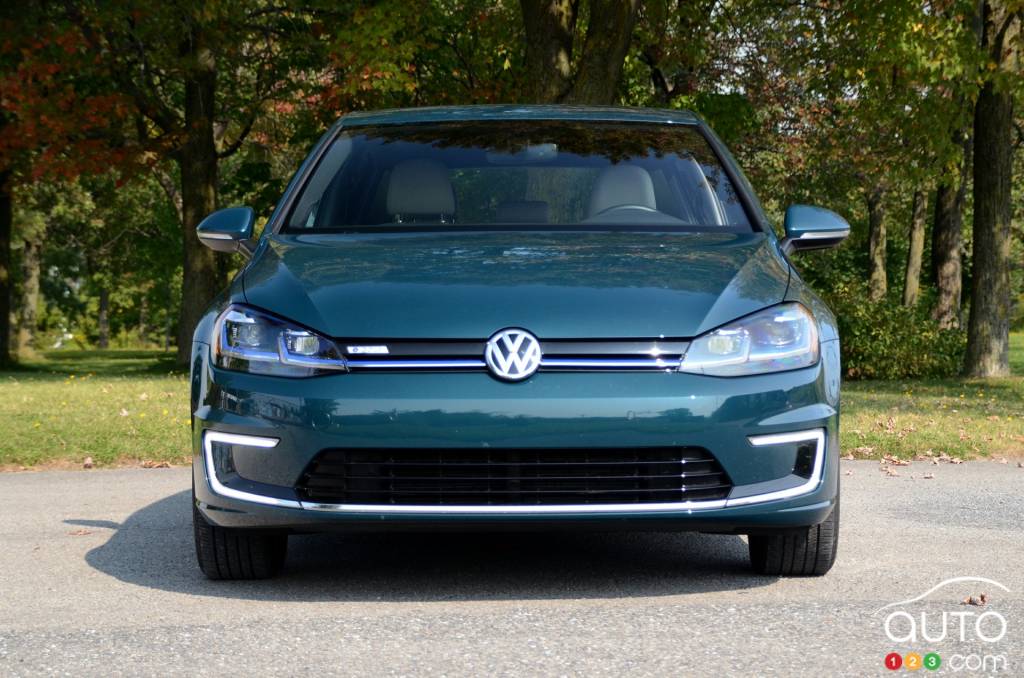