Since its founding in 1986, Acura has certainly experienced its ups and downs. The more worrisome thing, however, is that the overall line has not trended upwards. Instead the graph reads like a rollercoaster, and for my money that signifies, more than anything, a flagrant lack of vision within HQ walls. The Acura badge has graced good models and bad, known good times, and not-so-good.

Over time, one model in particular has succeeded in holding its own, particularly in terms of sales: the MDX.

When it first launched in 2001, many were quick to fall head over heels with the MDX. Good-looking, solid as rock, fun to drive and exceptionally reliable, the car never gave owners much to complain about. Except that, in a reflection of the company writ large, it never got the benefit of that extra care and attention to help it remain a major player in the segment. This was especially clear on the occasion of its last revision, in 2014. It held its own, but made no gains.

Last year the MDX got a beauty makeover, to generally positive reviews. Did this mean that Acura finally had some momentum that it could build on? Let’s see…

Looks
For a maker of luxury cars, image is everything. For brands like BMW, Audi and Mercedes-Benz, it’s a settled question and it has been for ages. Lexus seems to have found its mojo in the past few years, and you could say the same about Cadillac and Lincoln based on their output in the last year or two. INFINITI, meanwhile, went and poached BMW’s head designer, Karim Habib, now tasked with leading the mission to redefine Nissan’s premium brand.

At Acura, this work still remains to be done. Fortunately, the past year has seen both the MDX and TLX inherit new front fascia. They’re well done and help create a distinctive look, and we salute the step in the right direction they represent! Pointing this out is our way of saying that Acura is no longer in a position of having to start from scratch. On the contrary, the product is of high quality; what’s needed is an inspired chef to provide the right flavouring.

And flavour number one is a proper image, so essential to the success of a luxury brand. What we’re seeing with the 2018 Acura MDX gives us reason to think that better days are ahead.

Strengths
As I said, the MDX is a quality product, able to compete in its category. This is particularly apparent when sitting in it. The Acura environment ably melds the traditional and the modern. For example, clear and very attractive dials are located right in front of the driver, while on the central console, the gear shifter takes the form of a series of buttons, not seen anywhere else in the industry.

Intuitive? Not in the least, but you do get used to it. It has the benefit of streamlining the presentation, and there’s no longer any obstacle when you want to reach for the commands on the console. That console features two screens, one of them full of touch commands. Be warned that you’ll probably experience some rage having to use that screen to access the commands for the heated seats and to adjust the climate control system. Fortunately, there’s a still an actual button for the radio as well as a traditional switch for adjusting the actual temperature of the climate control system.

Other good news is that all trims of the 2018 MDX finally come with Apple CarPlay and Android Auto compatibility. I’d say it’s about time but that would be an understatement.

Comfort-wise, the cabin is ok, but no more than that. As it happens, during the week I drove it I also spent time behind the wheel of Volvo’s new XC60. Its modern feel could serve as an example for those who will put together the next edition of MDX, for instance in terms of the seats; the ones in the 2018 could do with being more contoured.

Back-row passenger space is good and available cargo space is generous (a maximum of 2,575 litres with all the rear seats folded down). Truth is, the MDX is not the kind of vehicle most people will use to haul around a ton of gear, so what space is there is more than adequate for most consumers.

The other big positive about the 2018 Acura concerns what sits under the hood. The 3.5L V6 that has powered the model since seemingly forever is, at 290 hp, certainly powerful, but more than anything it’s extremely reliable. Same goes for the 9-speed automatic transmission attached to it; it does its job flawlessly. This solid powertrain combo goes about its work without drawing attention to itself – for both better and worse – and you can be sure you’ll never have any problems.

So-so elements
More middling is the driving experience delivered by the MDX. Primary focus is on providing comfort and a quiet ride. This is not a bad thing in and of itself, but when you start to compare the MDX with what’s out there on the market, you get the impression it’s lagging behind. There just seems to be a lack of commitment. To come back to Volvo’s XC60, there’s a world of difference between what the two models provide in terms of sensations at the wheel. And this is a Volvo we’re talking about, not a BMW or an Audi.

In this area, Acura definitely has some work to do before it can hope to take the MDX to another level.

Conclusion
The 2018 Acura MDX is an excellent SUV, and overall a very solid buy. In daily use, it works admirably well and it’s hard to find much to complain about. Compare it to other models in its segment, however, and some of that luster starts to fade. And keep in mind that more and more models are entering the fray in that competitive category.

To hold on to or grow its market share, a model like the MDX needs to reinvent itself more often, and to a degree that each time it makes compelling case to consumers. It just feels like this time around, this Acura is too content to follow the pack, not get out ahead of it. When you consider that the next generation is only scheduled for 2020… 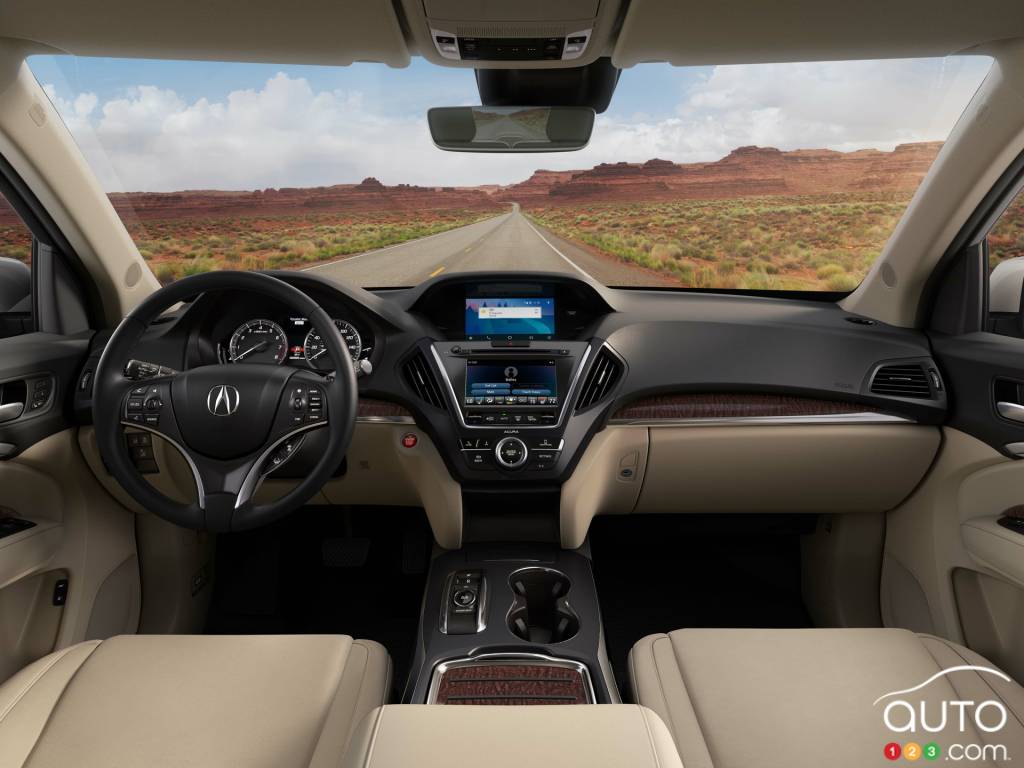 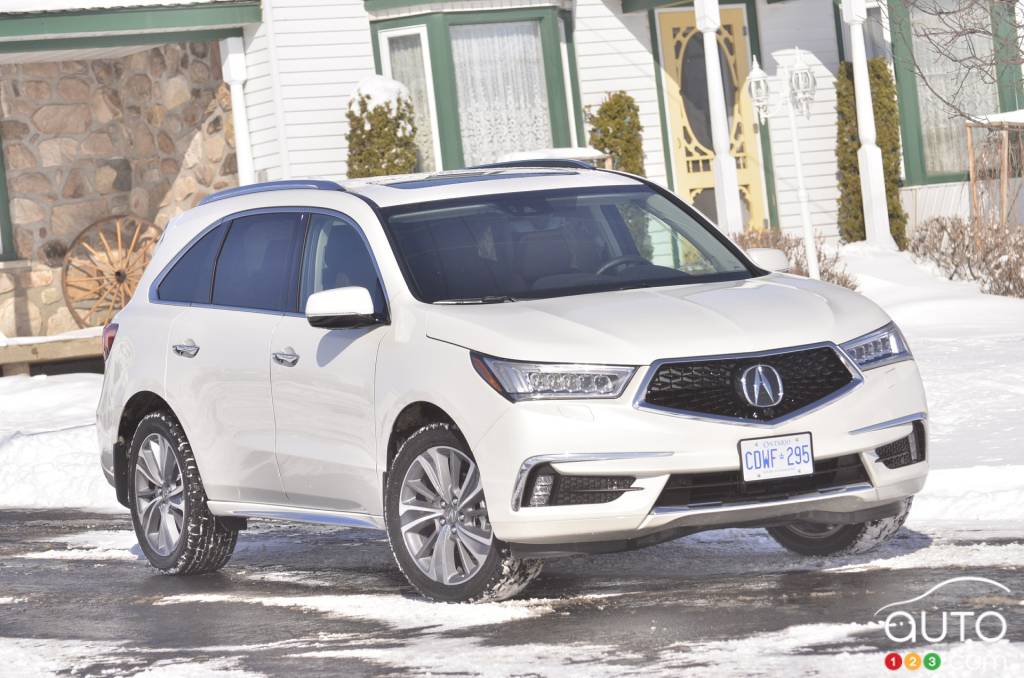 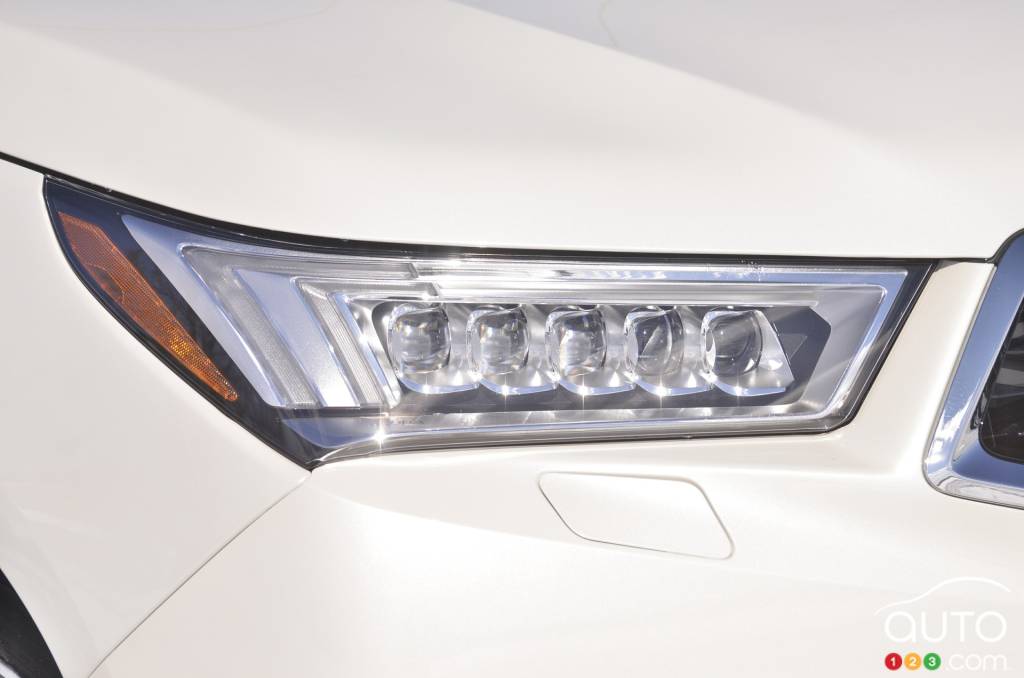 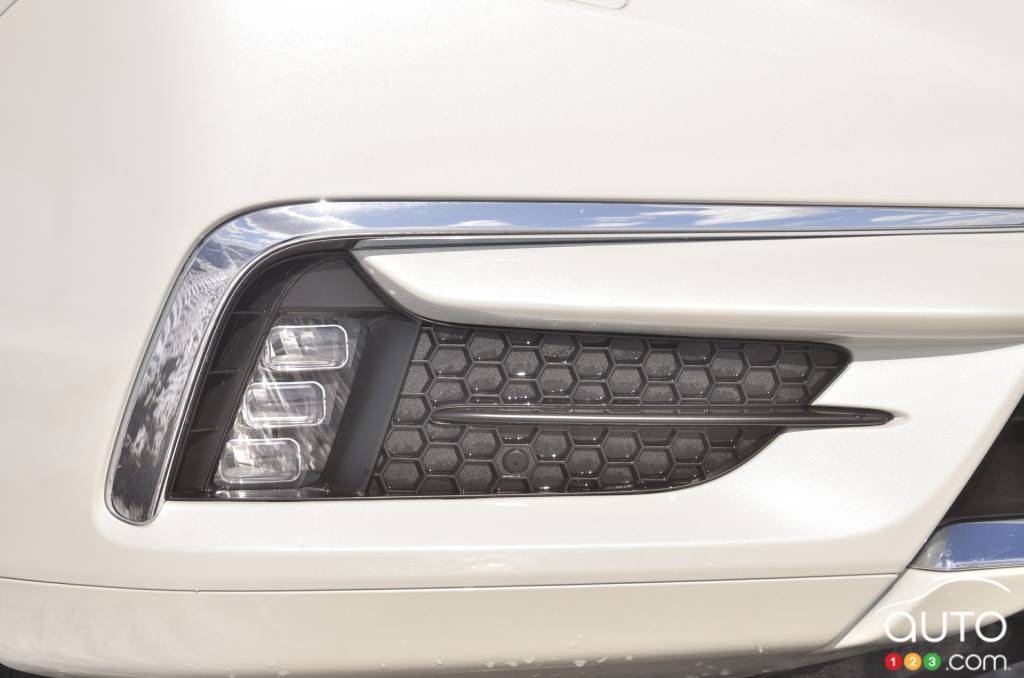 The 2018 TLX from Acura is more esthetically pleasing than ever, serious fun to drive in its A-Spec configuration, and more fully loaded with equipment. But ...

Acura’s largest sedan gets a makeover; the 2018 Acura RLX will be available in two versions, each with all-wheel drive and powered by a hybrid system. We hav...