Diesel engines have, in recent years, taken quite a public relations beating in North America. Their reputation took a hit due to the Volkswagen emissions scandal, many consumers having concluded that the automakers had to cheat to meet environmental standards with these powertrains. So why would General Motors take an interest in compression ignition technology, especially when you remember that the failure of the diesel engines produced by GM’s Oldsmobile division in the 1980s had significantly set back development of the technology? Well it seems that the American automaker has decided to turn the page on the past; it is offering consumers a 4-cylinder diesel in the new generation of the Chevrolet Equinox, which is being introduced this year.

This time, we’re not dealing with a mere esthetic makeover of an existing model, or a recycling of an old engine tweaked in hopes of convincing consumers of its modern newness. On the contrary, the new compact SUV is built on the all-new Delta platform; its wheelbase is shorter by 13.2 cm and its total length has been cut by 12 cm. Another notable change is the use of ultra-light rigid steel and aluminum components, which has brought the vehicle’s weight down by some 180 kg in comparison with its predecessor.

More sophisticated look
The style team assigned to the new version of this versatile utility vehicle did not attempt to innovate in spectacular fashion in regards to its appearance. The contours remain within the framework of what’s standard for the category, though the front end is somewhat more refined, the back pillars are much narrower and incline frontward, and the rear section features more imposing position and brake lights. These all tie in with current trends, but they’re not head-turning innovations. In a sense that’s probably wise - the relatively conservative lines of the new Equinox should age well.
The interior of the 2018 Chevrolet Equinox retains the same overall disposition, with a central screen framed by ventilation slots, and the A/C commands placed underneath. The indicator dials are separated by an information centre that proves highly practical, especially when the navigation system is activated. Kudos to the latter, by the way, for being so simple, efficient and accurate.

A trio of more-efficient engines
It was possible to order the previous-generation Equinox with a V6, but GM has abandoned it and offers instead three different 4-cylinder engines. The most economical trims are powered by a 1.5L, 170-hp turbo diesel engine wedded to a 6-speed automatic transmission. I found it serviceable but sometimes lacking in pep when time came to overtake other vehicles, or when the SUV was loaded down with cargo. The engine that consumers will likely get the most satisfaction from is the 2.0L, 250-hp turbo diesel. Acceleration with this setup is quite a bit more vigorous; acceleration from 0-100 km/h, for example, takes under seven seconds. What’s more, the towing capacity with this engine climbs to 3,500 lbs, possibly a big selling point for many.

A third engine has just been added to the product offer for the new Equinox: a 1.6L, 136-hp turbo diesel that delivers 236 lb-ft of torque starting at 2,000 RPM. Like the base model engine, it runs with a 6-speed automatic gearbox. The 2.0L engine, meanwhile, works in tandem with a 9-speed automatic transmission.

Only 6.2L/100 km!
During the presentation of the 2018 Chevrolet Equinox Diesel, we had occasion to drive it over a distance of more than 150 km on secondary roads, through some small-town streets and then on a section of highway. My first observation was that the turbo diesel engine starts instantaneously, without any kind of clatter or other noise, even less any clouds of blue smoke. This is, in fact, the state of modern diesel engines in general: silent, and quick-starting.

While it’s true that sprints are not necessarily of the breath-taking variety, the torque available at low RPM allows for good initial acceleration, plenty good enough to keep up with the traffic flow and even overtake when needed. I never worried about completing my passing manoeuvre with oncoming traffic ahead. The diesel engine in this new Equinox is an able, civilized motor, which does what’s asked of it. Its competent performance and low fuel consumption will please those who choose this powertrain. During our road test we managed 6.2L/100 km – even better than the official figure advanced by the manufacturer!

Should you buy it?
They’re not giving away the 2018 Chevrolet Equinox Diesel: it brings the price of the Equinox, which starts at $34,120, up by more than $8,000. Enough to make anyone think twice, to be sure. Another potential drawback for buyers is that its towing capacity is only 1,500 lbs, the same as with the 1.5L-engine base model Equinox.

These issues aside, anyone looking for a durable, relatively powerful engine that delivers great fuel economy for the category should take a good look at this model. For now it’s the only entry-level compact SUV in Canada to be offered with a diesel engine; Mazda has promised but has yet to deliver its diesel-engine CX-5. The driving dynamics, comfort level and versatility of the new Equinox rank it well within the top third in its category. 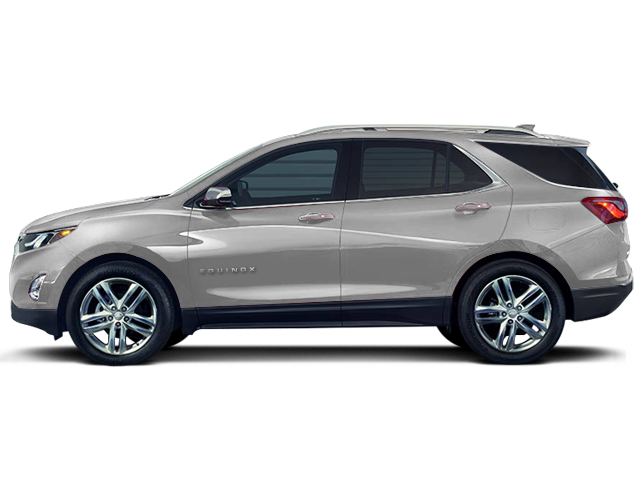 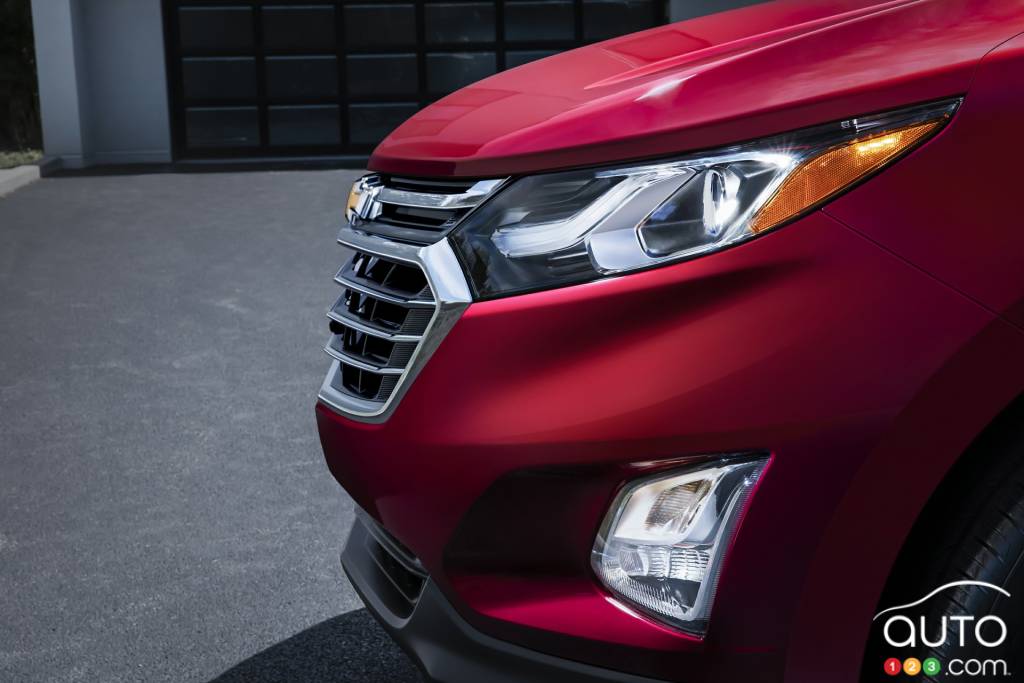 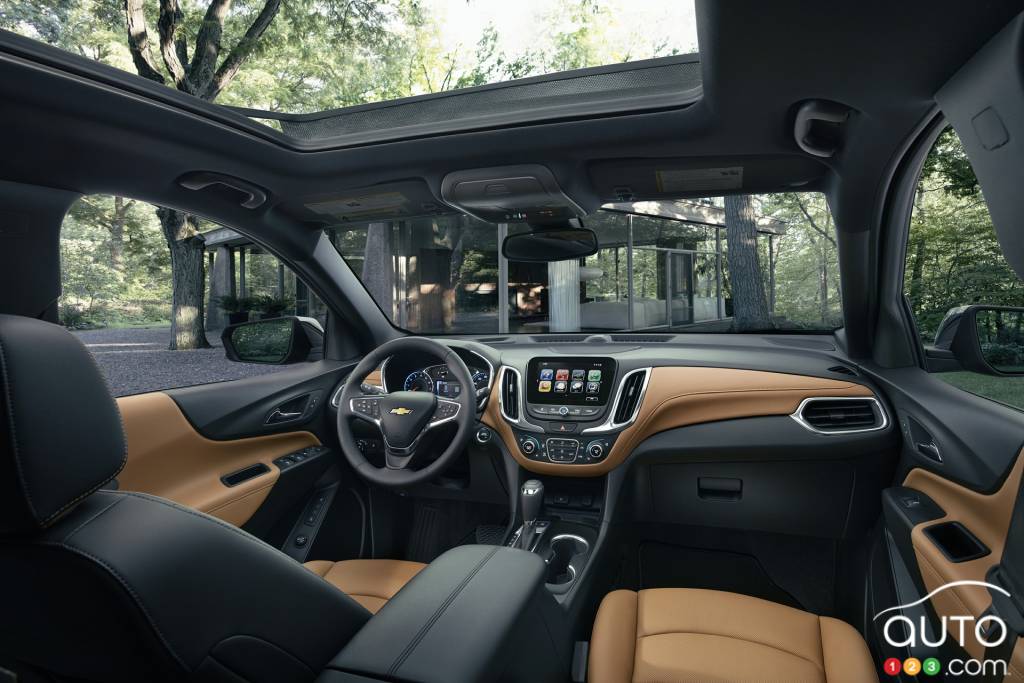 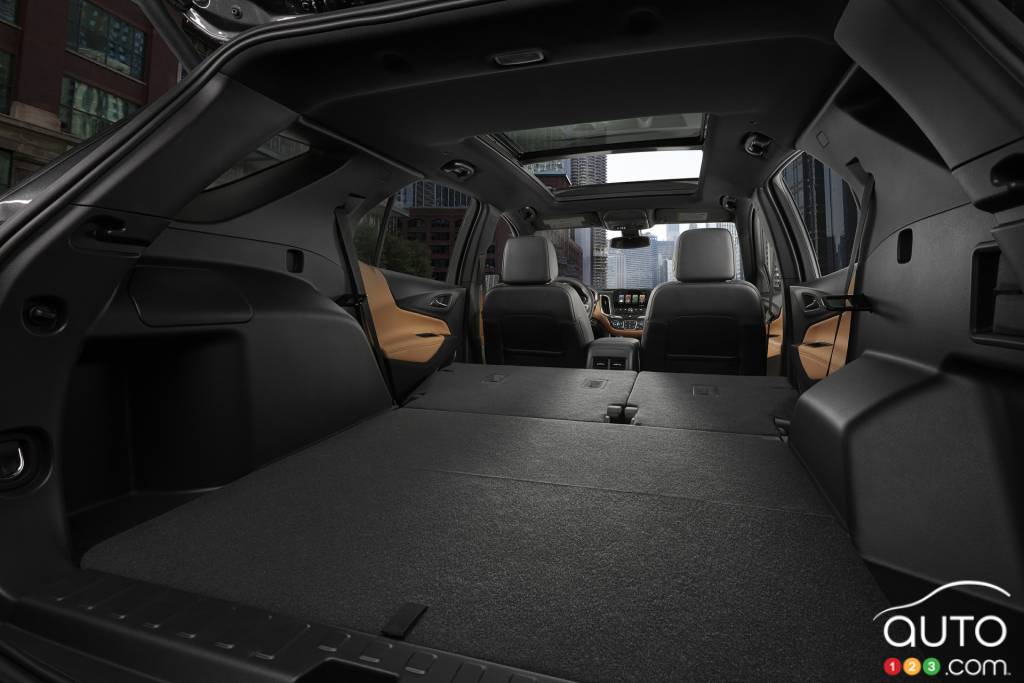 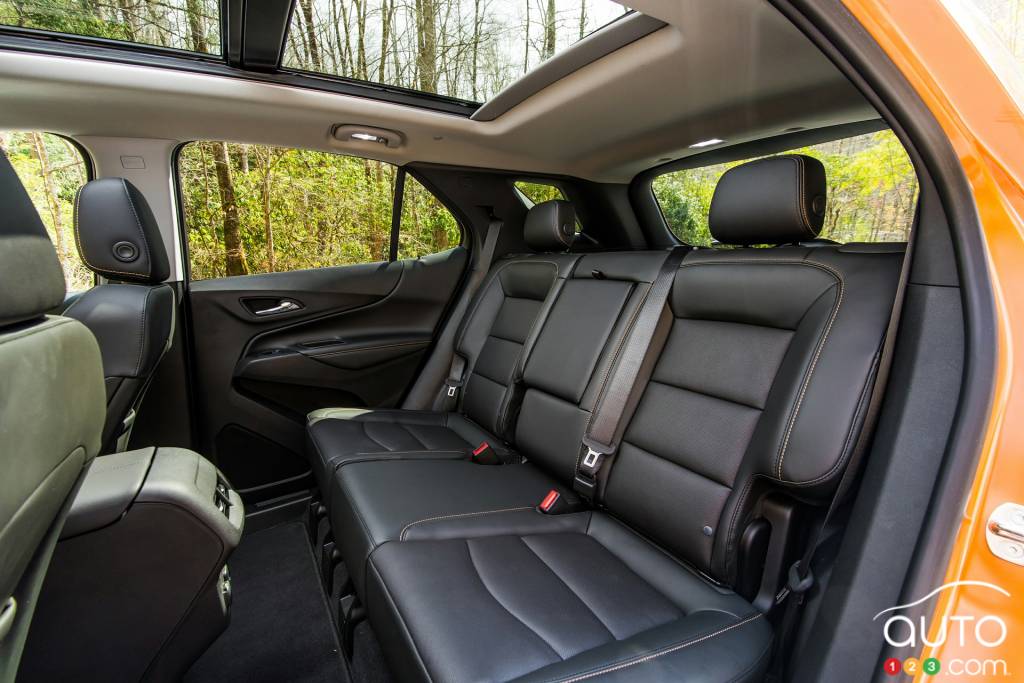