Honda has signaled its intention to sell majoritarily hybrid, plug-in hybrid, electric and even fuel-cell vehicles by 2030. In recent years the company has made several unsuccessful attempts to gain traction in the green vehicle market; it models were technically interesting but did not attract large numbers of buyers. Now, the company has wiped the slate clean and started over with the Clarity, a mid-size sedan offered in three versions: 100% electric, plug-in hybrid and fuel cell. For the moment, only the second of these will be sold in Canada.

Honda has concluded, as did Hyundai with its IONIQ, that incorporating different powertrains on three more or less identical models, built on the same platform, can reduce costs and speed up the production process. The Clarity is one of the first incarnations of this strategy.

My opportunity to drive the new model came when the weather was still  at its wintertime worst, which actually makes for a great way to test a car equipped with a number of technological innovations, and see how it holds up to our Canadian road-condition challenges.

The silhouette: a mixed reaction
When the Honda Clarity was first unveiled, the general reaction was that its shape was a little off-putting. In truth, while it does seem like a bit of an odd duck in photos, the car acquits itself better up close and in the flesh. Imagine an Accord, but made more aerodynamic.

Without delving too much into details, several elements of the chassis are designed to maximize air flow and reduce the coefficient of drag, helping reduce fuel and energy consumption. The underbody, for example, features a plate that directs air to the rear. As the vehicle is somewhat hefty overall, Honda engineers had to get creative and come up with effective technical solutions, elegance be damned. In any event, beauty is, as they say, in the eye of the beholder…

The interior of the Clarity is spacious, its finishing exemplary. It passes the basic but valid litmus test of making you feel like you’re sitting in a much more expensive car. However. For me, the list of pros pretty much ends there. I think I’ve rarely driven a car that so irritated me in terms of its ergonomics. I’m not exactly sure what those responsible for the positioning of the various buttons and commands may have been smoking, but I found them virtually without fail to be non-intuitive and designed with the apparent intention of inducing grinding of teeth. Take the USB ports, for example: they were placed in the lower part of the front central console, making them impossible to find in the dark.

Another eyebrow-raising idea was to have the gears of the automatic transmission be accessible via buttons on this console. You get used to it, but it seems like a solution in search of a problem. On a more positive note, the central armrest opens to reveal a fairly spacious storage space.

Over time you do get accustomed to the interior’s slightly off-kilter ergonomics. There is one feature that never ceased to aggravate, however: every time you want to adjust the audio system’s volume, you need to go through the touchscreen to get to the right command, since the volume button is, well, non-existent. There is none. Cuss-inducing, for sure.

Technical sophistication
Its shape might be controversial, and it ergonomics might be irritating, but the Honda Clarity plug-in hybrid does feature virtually irreproachable mechanics, easily among the most sophisticated in the category. For starters it runs on a 1.5L Atkinson Cycle combustion engine generating 103-hp, complemented by a 181-hp electric motor; total output is 212 hp. Now, I’m pretty lame at math and all but if I count that on my fingers 103 plus 181 should equal 284 horses. The difference here is due mainly to the interaction of the two motors, which never make simultaneous use of their maximal power. In some situations the electric motor works at capacity; at other times it’s the gasoline engine; and sometimes the two work in conjunction with each other.

The CVT-type transmission includes three possible drive modes, Eco, Normal and Sport, and in general it helps deliver good acceleration and smooth gear changes. The Clarity also incorporates other advanced systems that serve to manage the power delivered by each engine and regenerate the battery when braking. This last feature can be programmed using the paddles affixed on the steering wheel.

How does the Clarity drive?
Once done wrestling with all those annoying commands, I got down to the business of driving this green Honda. Weighing at more than two tons, the Clarity is no featherweight – partially due to the fairly heavy 17 kWh lithium-ion battery placed in the rear. In a nutshell, it was like driving an Accord with a weight problem.

Its performance on the road is smooth and largely without error. I did find acceleration and gear changes to be just slightly nervous. But there’s an explanation for this: depending on the way you’ve programmed the car’s different modes, it could be that when you press hard on the accelerator, you switch into full gasoline engine mode. I also noticed that, in some situations, the regenerative braking system slightly lengthened the Clarity’s braking distance.

That said, visibility is quite excellent. The cabin is as well, overall, though head room may feel a bit stingy for some.

I have to admit that the 2018 Honda Clarity, perhaps due to the nasty weather conditions I endured during my testing period, did not particularly enthrall me in terms of the driving experience during daily use. I should mention as well that recharging the battery completely took more than 12 hours on a 120-volt output, at a time when the outside temperature was in the minus double digits. All the same, I managed to squeeze a fully-electric range of 60 km out of the system, and this should realistically attain 70 km in friendlier weather. Only the Chevrolet Volt manages to better it in the category in this respect. Average fuel consumption, meanwhile, was a pretty impressive 4.8L/100 km, even with the winter conditions.

Overall, if you put aside the issues of looks and ergonomics, which are after all subjective questions, the Clarity does have many positive qualities. And of course, there are the government incentives offered in three provinces – $8,000 in Quebec, $14,000 in Ontario and $5,000 in B.C – that provide another solid argument in its favour. These rebates bring the Clarity into near-price parity with the top-trim Accord. 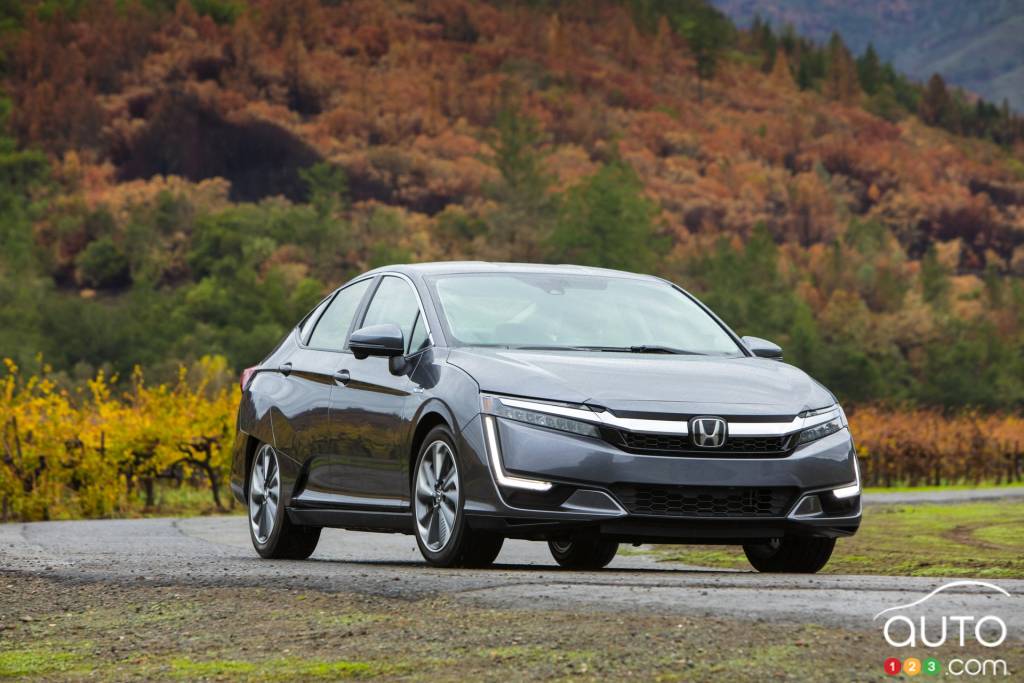 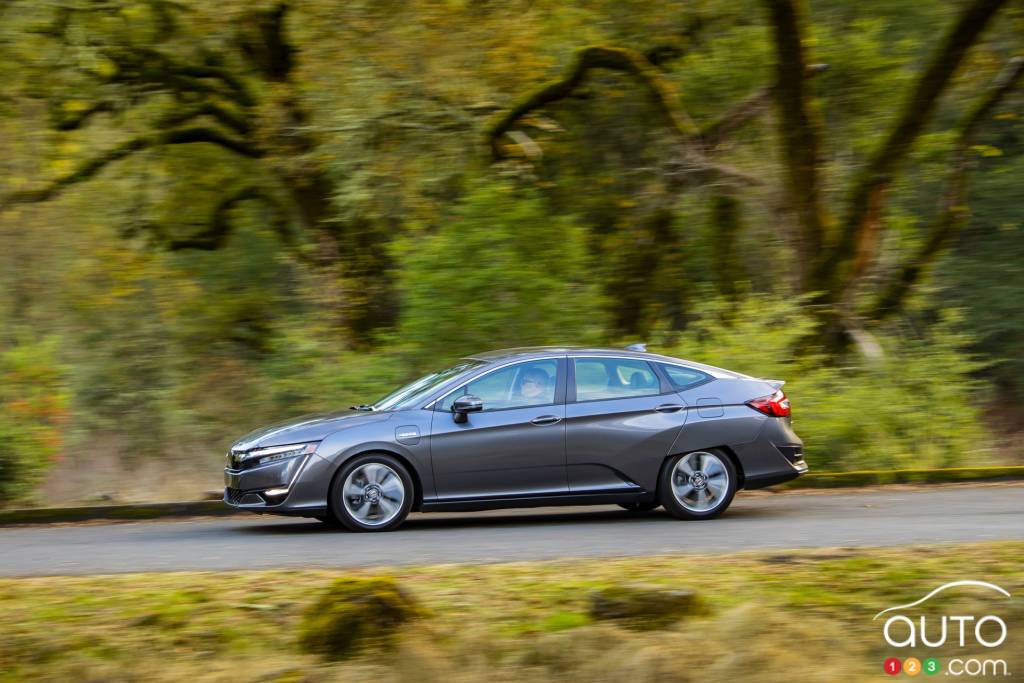 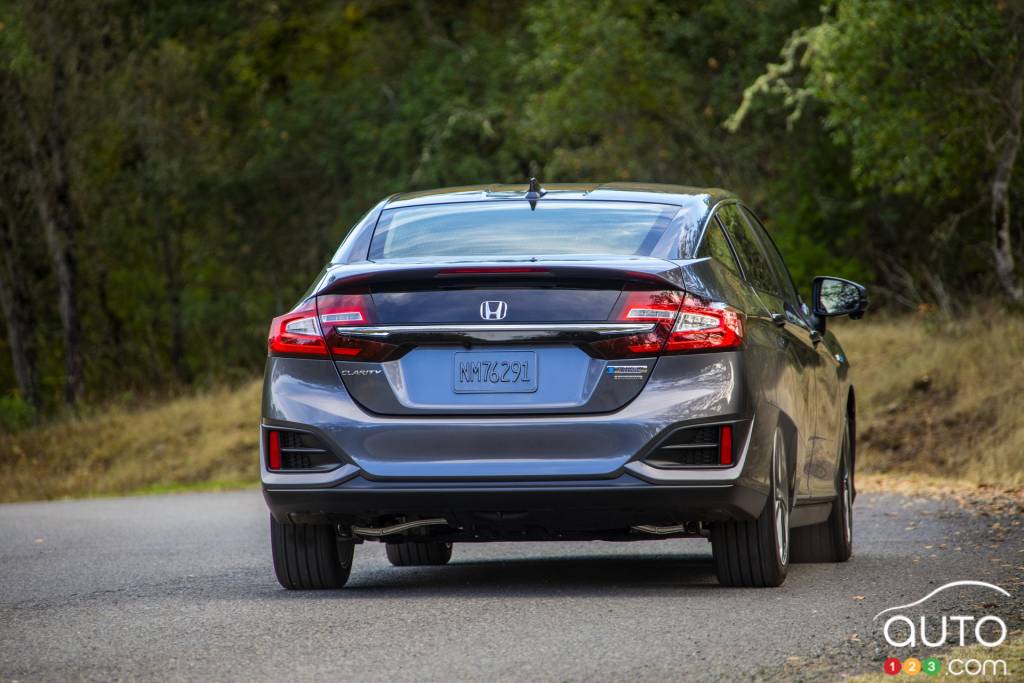 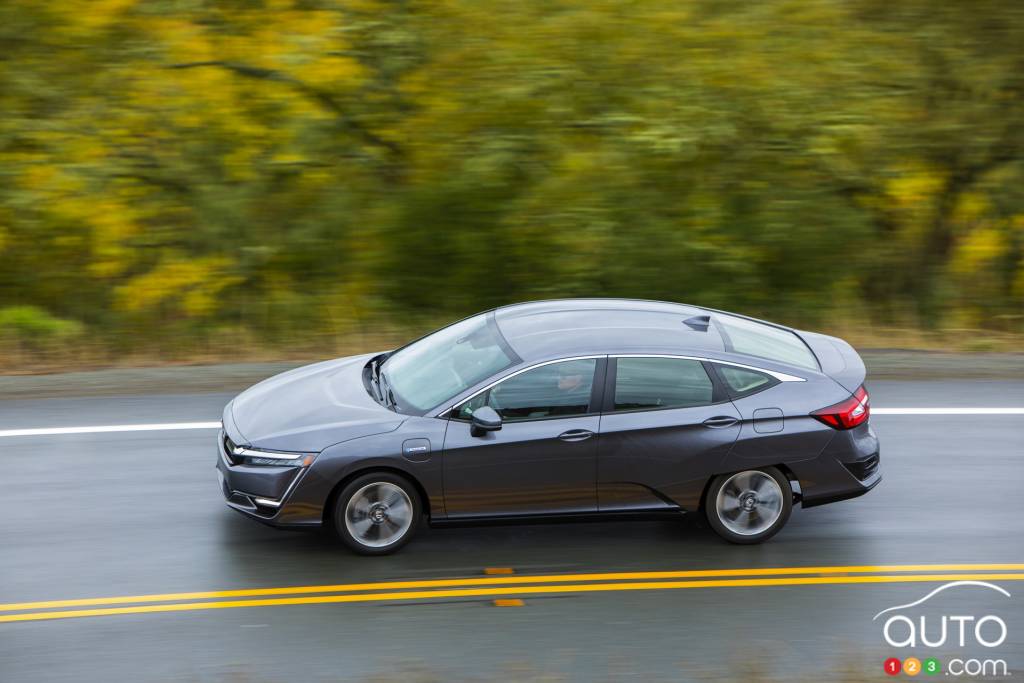 Here is a spacious and sophisticated sedan that stands out from the competition with an EV range of 76 km. Any potential buyer should take some time to watch...

Will the new 2018 Honda Clarity Plug-In Hybrid outperform the defunct Insight, CR-Z and Civic Hybrid? Time will tell, but we’ve got initial pricing and detai...