When FCA announced, during the last New York International Auto Show, that it was preparing to unleash a 707-hp Trackhawk version of the Jeep Grand Cherokee, I thought I’d simply misheard. In my view, such a vehicle defied all understanding and logic. Who needs that kind of power in an SUV whose primary mandate is to navigate trails? So it was with a modicum of skepticism that I made my way to the vehicle’s launch presentation near Portland, Maine.

The schedule for the day included a morning devoted to testing the Trackhawk on the road, followed by an afternoon on the track at the new Club Motorsport circuit in Tamworth, New Hampshire. The 475-hp SRT version, already launched, was itself a norm-buster; what would happen with another 232 horses under the hood?

Everything reinforced
As the designers based themselves on the Grand Cherokee SRT when developing this hyper-steroidal version, they were starting from a platform sufficiently sturdy to absorb all that added power. The rest of the mechanics, however, had to be modified to attain acceptable levels of durability and ensure a homogenous driving experience. In fact, what they did was basically reinforce everything.  First off, the major components of the engine were replaced by elements able to support the accrued horsepower and torque. The fuel injection system now has a more-ample flow, as does the lubrication system, which now features two injections per cylinder. As for the Torqueflite 8-speed automatic transmission, it has been fortified and its programming has been set according to revised data.

To better feed air to the engine, the anti-fog lights have been replaced by air intakes. In general, everything, from the forged-steel camshafts to the rear differential and just about everything in between, has been made more solid and more resistant. Then the whole vehicle has been lowered by 2.6 cm, and fitted with adaptive Bilstein suspension that allows for modifying the responses of the shocks in virtually endless ways.

The driver can choose from five different drive modes via the Selec-Track system. Auto mode divvies up power 40/60 front and back; Sport mode shortens the gear selections by 50%, firms up the suspension and changes the power distribution to 35/65; and Track mode is designed for ultra-sporty driving and shortens the gear selections by 68%, sets the firmness of the suspension to maximum and puts power distribution at 30/70. Then there’s Tow mode, which gives the Trackhawk the ability to pull up to 7,200 lbs, adjusts the suspension to reduce pitch, and brings back the front/back power ratio to 60/40. And just for us Canadians (let’s pretend!), there’s Snow mode, which provides optimal traction on snow and ice while reducing the power of the engine and distributing power in a 50/50 ratio front and back. In any mode, it’s also possible to adjust separately the many settings of the suspension and the engine.

Sober and elegant
Two thumbs up are in order in the direction of the designers, who resisted the temptation to turn this ultra-sporty SUV into a Christmas tree by adorning it with a bunch of noisy decals and body elements and so advertise its distinctness in relation to other models. In reality, only the front fascia has been modified, and that for the practical purpose of enlarging the air intakes. The hood incorporates two openings to ensure better air circulation as well, the Supercharged moniker is embossed on the side walls, and a Trackhawk badge has been added on the rear hatchback.
Inside the 2018 Jeep Grand Cherokee Trackhawk, the seats – comfortable and providing good lateral support - were designed exclusively for this edition, and the Trackhawk name has been embossed on the headrests. The sport steering wheel has a flattened lower half, allowing for good grip, and includes paddle shifters that are easy to use. All the necessary indicator dials are viewable on a 7-inch screen display, whose central section serves as an information centre. In the middle of the dashboard, meanwhile, sits an 8.4-inch touchscreen that can display a host of data related to the vehicle’s performance, the power produced by the engine, acceleration times, lateral G-forces, and on and on.

I should add that the finishes are of the luxurious kind, and the brushed aluminum elements provide a nice touch. The highly stylized gear shifter is located in the central console and is a cinch and a pleasure to use.

Surprise, surprise!
When you climb in behind the wheel of a vehicle able to go from a stop to 60 mph (96 km/h) in 3.5 seconds, complete the quarter-mile in 11.6 seconds and attain a top speed of 290 km/h, you expect to get bandied about by an ultra-firm suspension and brutal engine reactions. But the big surprise when driving the new Jeep Grand Cherokee Trackhawk during this media presentation was not to be found in its admittedly impressive performance statistics; rather it was how civilized it behaved, both on the road and on the track.

Our two-hour-plus morning drive revealed to us a very docile SUV riding on a surprisingly gentle suspension considering the makeup of this Jeep. My pre-test skepticism was misplaced, in fact this vehicle could very easily and comfortably be driven on a daily basis. Pressing hard on the accelerator will make the vehicle jump forward, but the feeling of calm never falters. And while the engine’s sounds do betray the colossal power it harbours, they are more than tolerable.

The afternoon was spent taking the Trackhawk around the track at high speed, and its demeanour was just as surprisingly calm in that environment. Not only did the drive remain quite comfortable when in Track mode, the vehicle remained stable in sharp corners, its 30-inch Pirelli tires sticking impressively to the tarmac. Add to that precise, more-responsive steering and Brembo brakes sufficiently powerful to stop a train (at least it felt that way – from a speed of 96 km/h, it took just 34.7 metres to immobilize the vehicle), and the experience was, throughout, a real pleasure.

Conclusion
It’s certainly true that all that power and performance, together with a sticker price of $109,995, makes of the 2018 Jeep Grand Cherokee Trackhawk a vehicle not made for all budgets or for all SUV shoppers for that matter. That said, there’s no denying that the engineers involved succeeded mightily at what they set out to do. And if those astronomical numbers and capabilities seem like a little much to you, keep in mind that across the Atlantic the German manufacturers offer a number of SUVs with over 600 horses under the hood… and sell them for considerably more. 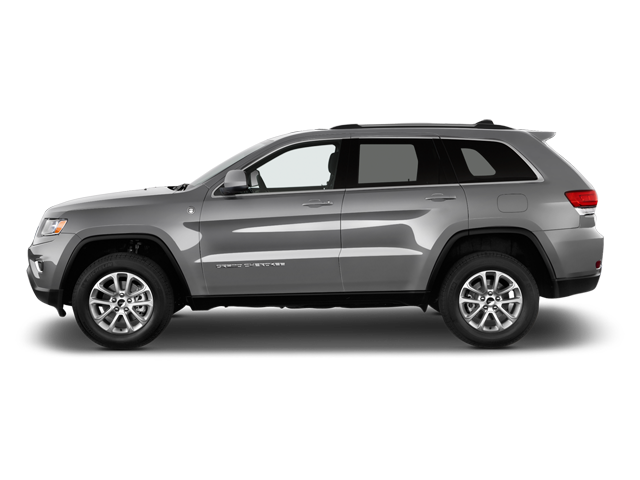 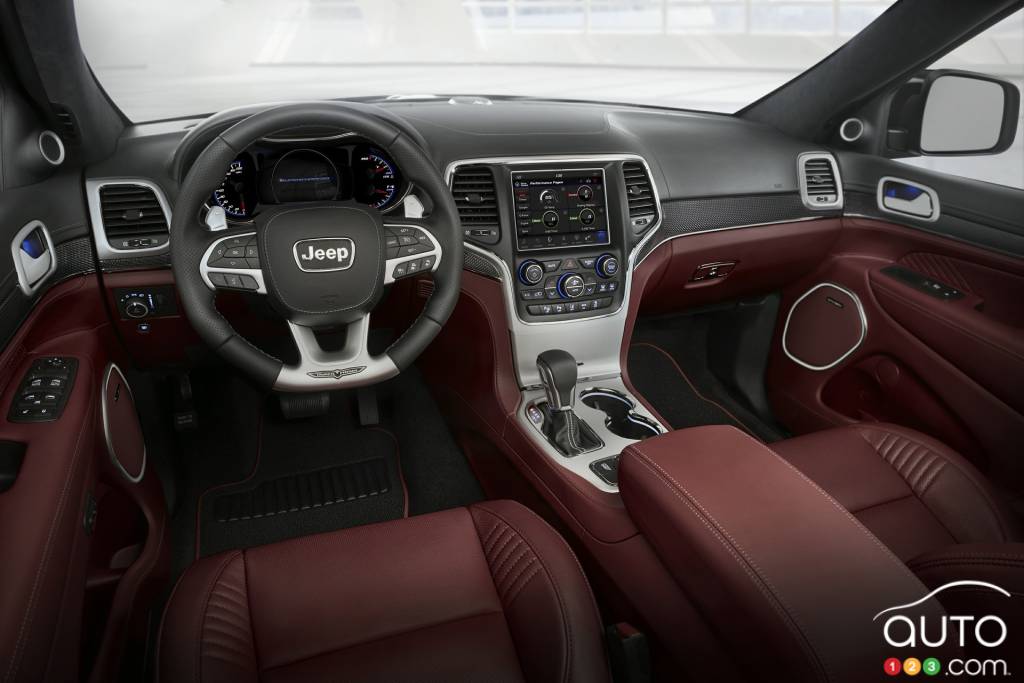 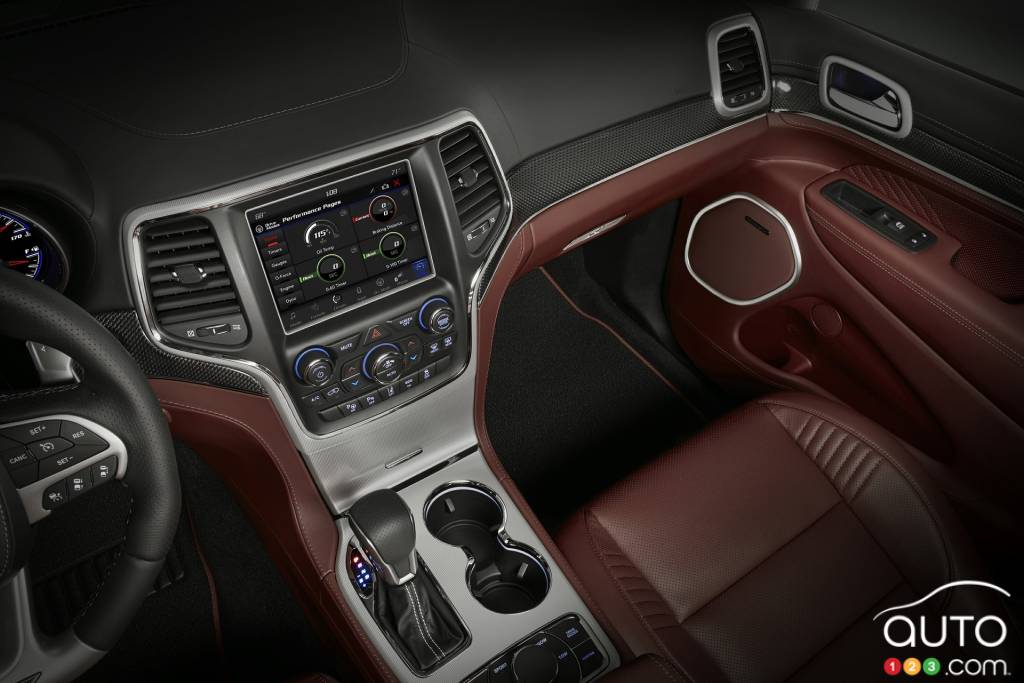 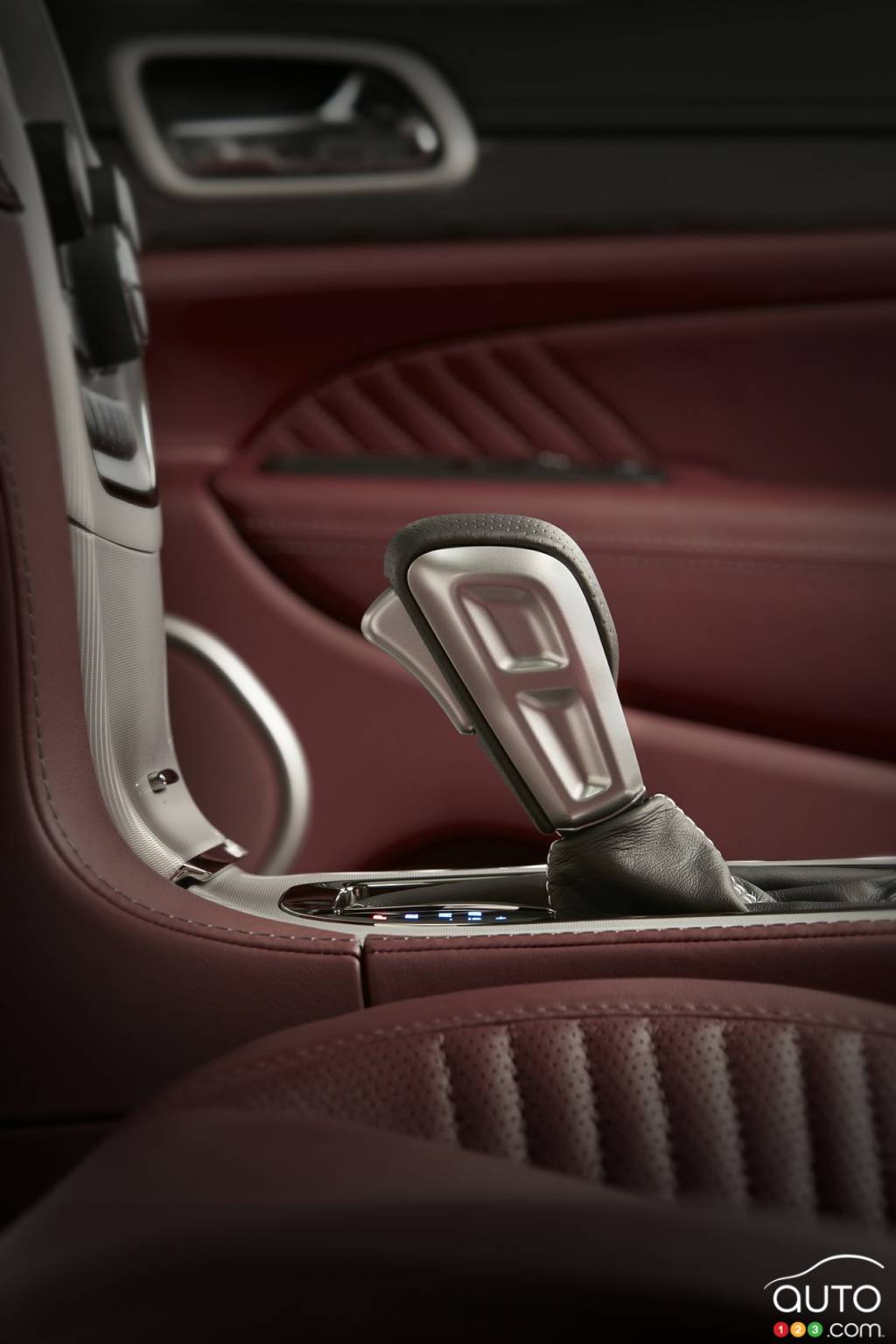 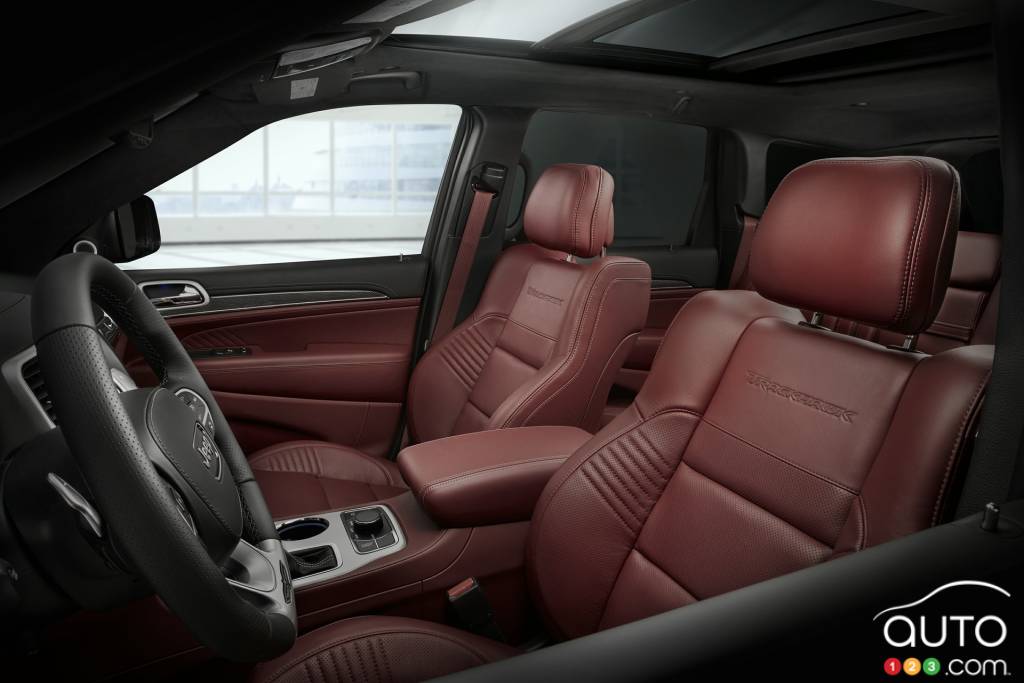 The 2018 Jeep Grand Cherokee Trackhawk is a historic model, when you think about, and that’s because you may never see a utility vehicle equipped with such a...

The new Grand Cherokee Trackhawk is conceived, developed and built to be a truly exceptional piece of machinery. We at Auto123.com will post a review soon, b...