Vancouver, Canada—It is, in the words of the manufacturer, the new face of Mitsubishi: The new 2018 Outlander PHEV is out to reset expectations in the plug-in hybrid utility segment.

This electric model has been commercially available in markets around the world for going on five years already, and it is in fact the top-selling plug-in hybrid model in the world as of this writing. So why would the automaker wait so long to introduce it in North America? Mitsubishi’s calculation was that it wanted to wait for the right moment to add this new “eco-friendly” dimension to its range of North American vehicles.

The Japanese company had actually some time ago announced its plan to go electric and utility at the same time; the new Eclipse Cross, unveiled last March, was a prime example of the manufacturer’s new direction. Now, Mitsubishi is seeking to stake out its position in the plug-in hybrid SUV segment with this new, most-advanced Outlander ever produced. We can add that it was about time, seeing as how the offer of hybrid models is currently multiplying like rabbits.

Another type of Outlander
The strategists at Mitsubishi are, of course, well aware of the success the Outlander model has enjoyed in North America. Its format meets the needs of small families as well as those who need to tow some heavier loads, which they can do thanks to the V6 included as one of the available engines.

The new model does have a slightly different vocation. For starters, the Outlander PHEV is designed to stay away from the pump as much as possible: it can cover up to 35 km in all-electric mode. In that regard, the engineers at Mitsubishi are particularly proud of the all-wheel drive provided by two small electric motors; this is a four-wheel drive vehicle that produces no emissions. For short outings in wintertime, this is a welcome capability, to be sure.

A distinctively clad PHEV!
As is often the case, this new, “greener” incarnation of the model gets its own distinctive outer shell. The SUV’s silhouette is still recognizable, but it now features tweaks like chassis-coloured lower body components and fender wings for a more upscale look.

Plug-in PHEV badging also highlights the eco-conscious nature of the utility model, while unique wheels complete the package. Of course, this being a plug-in vehicle, there’s an extra flap door on the passenger side to plug in the supplied cable (which can be stored away under the floor of the trunk).

How it works
While plug-in hybrid technology has been around for a number of years, the 2018 Mitsubishi Outlander PHEV has its particularities, starting with the two electric motors located at the axles; each generates 80 hp. Beneath the cabin sits the bloc of 12 kWh batteries that feed the electric motors, while a 2.0L gasoline engine producing 117 hp is connected to a generator to power the vehicle when the batteries have been drained. Mitsubishi has declined to provide a total power output figure for the PHEV, arguing that it is variable depending on the type of use made of the vehicle.
Since the gasoline engine is called upon to power the front wheels on occasion, the company’s engineers also included a single-gear transmission as well as a clutch for extended highway driving situations.

Multiple modes
The Mitsubishi Outlander PHEV is a complex vehicle, so it’s no surprise that a number of different drive modes are possible. On starting up the SUV produces no emissions, with the two electric motors underpinning the EV mode. In theory, it is with this mode that you get the 35 km range.

When the batteries run down, the Series mode brings in the gasoline engine to the equation; it recharges the battery bloc in addition to supporting the two electric motors during more sustained accelerations.

The third mode is called Parallel, in which the 4-cylinder engine becomes active, participating in propelling the vehicles, with the two electric motors also working during ascents, for example.
That’s not all, though. There are also modes that the driver can choose to maximize their drive. Located close to the gear shifter – expect to need a few minutes at the outset to get used to that shifter’s functioning, by the way – is a SAVE button that preserves the charge of the battery bloc by placing the vehicle in hybrid mode. This way the driver can keep the battery’s charge for all-electric use of the vehicle later on, say in an urban environment where it’s more advantageous to use the electric mode.

The CHRG button, located to the left of the SAVE, enables the driver to force the batteries to charge, bringing the 4-cylinder engine directly into action. Obviously, when this mode is activated, fuel consumption rises dramatically.

There’s also ECO mode, the button for which is located higher up the dashboard. It favours use of the electric motors to reduce the involvement of the thermal block. This functionality is actually already quite widespread in the industry.

At the wheel
The more you learn about this new flagship model for Mitsubishi, the more you understand that it is a receptacle of advanced technologies. Of course, for consumers who want to benefit fully from electric technology, what matters most is how the vehicle behaves in daily use.

Our first test drive did allow us to confirm that this most expensive Outlander in the lineup drives pretty much like any other modern vehicle. Although it’s heavier than other versions of the model, it performs equally well in terms of acceleration and braking. Steering is light and the suspension admirably filters out road imperfections (although it must be said that British Columbia’s are, overall, well maintained; we’ll know more on that front when we test it out on the more “pock-marked” roads of Quebec, for example!).

The electric mode certainly makes the vehicle extremely quiet at low speeds, but the Outlander PHEV actually becomes almost noisy at cruising speed. The 4-cylinder engine makes itself heard when hitting the accelerator, and the air flow noise does infiltrate the cabin. Mind you, you can rest assured; there are many worse offenders out there!

Hats off to the engineers at Mitsubishi for having managed to retain the same interior volume even while integrated the electric technology. The Outlander PHEV is as useful and practical as ever, its towing capacity the same (1,500 lb) as that of the regular Outlander model.

A last word about the fuel consumption, which we noted can climb as high as 7.0L/100 km. On the other hand, with good planning of your itinerary (for example by casing out and using the quick charging stations en route), you can keep this under 3.0L/100 km – which is a staggering feat for an SUV!

SE, SE Touring or GT?
The vehicle shown here is a well-equipped GT with a starting price attached of $49,998. For sure this is a tidy sum, but remember that in three Canadian provinces – Quebec, Ontario and BC – you benefit from substantial government incentives. Fortunately, Mitsubishi has been mindful to take into account consumers who don’t necessarily want or have the budget for all of the GT’s bells and whistles: the SE trim (starting price $42,998) is pretty decently equipped, while the mid-range SE Touring offers enhanced comfort, leather seating and the panoramic roof.

Conclusion
Well-launched into its strategy of orienting itself mainly to SUVs and electric mobility, Mitsubishi is certainly offering an interesting and competitive product, especially as many of its rivals are not necessarily aiming at the same target market.

How the buying public reacts now will be critical in deciding where things go from here for Mitsubishi in North America, even if the company’s future overall is much brighter-looking since its alliance with Renault and Nissan. The folks at the automaker’s Canadian division have assured us, by the way, that its assembly plant is ready to adjust production if demand increases drastically. 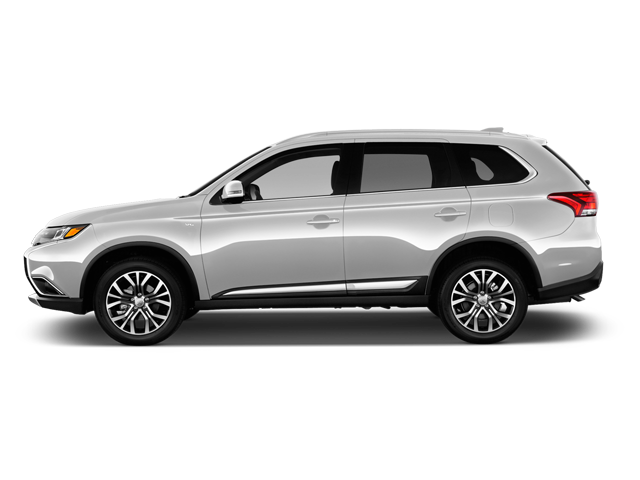 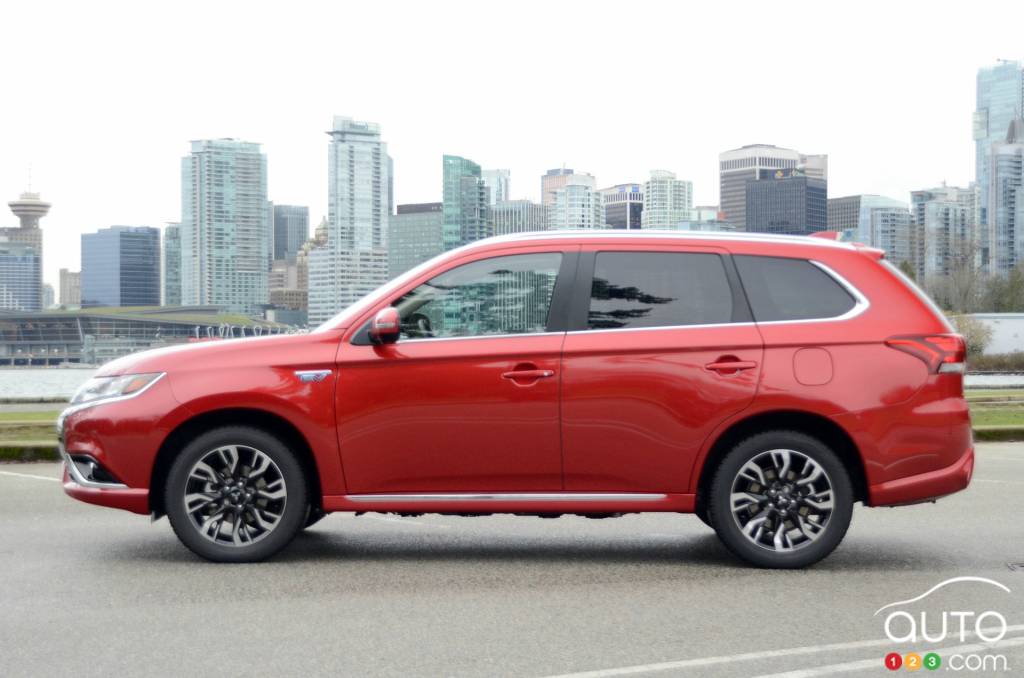 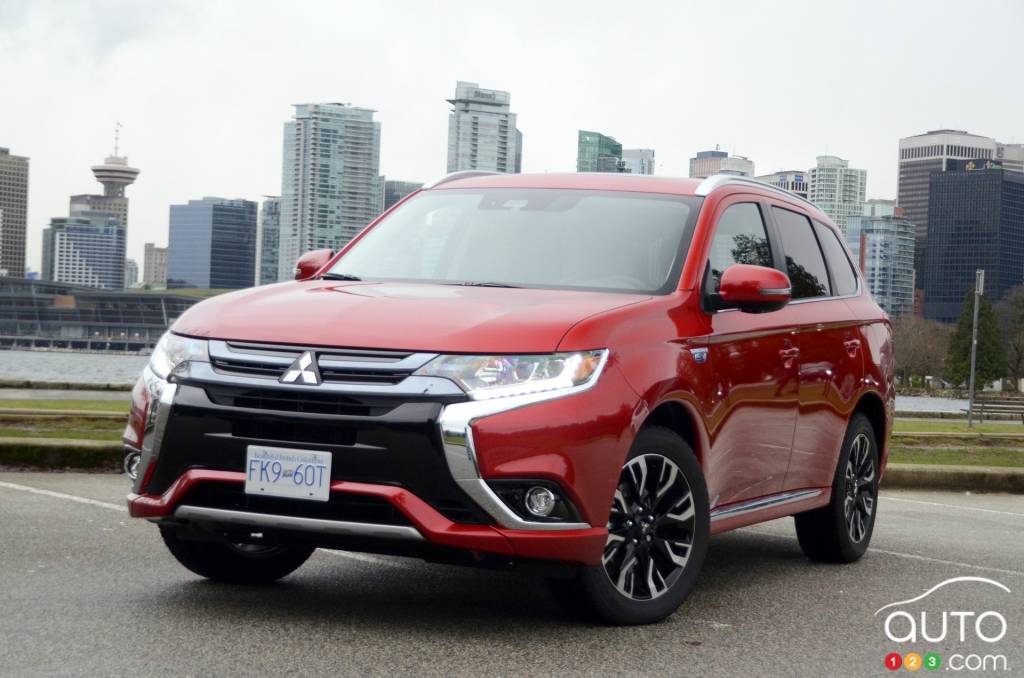 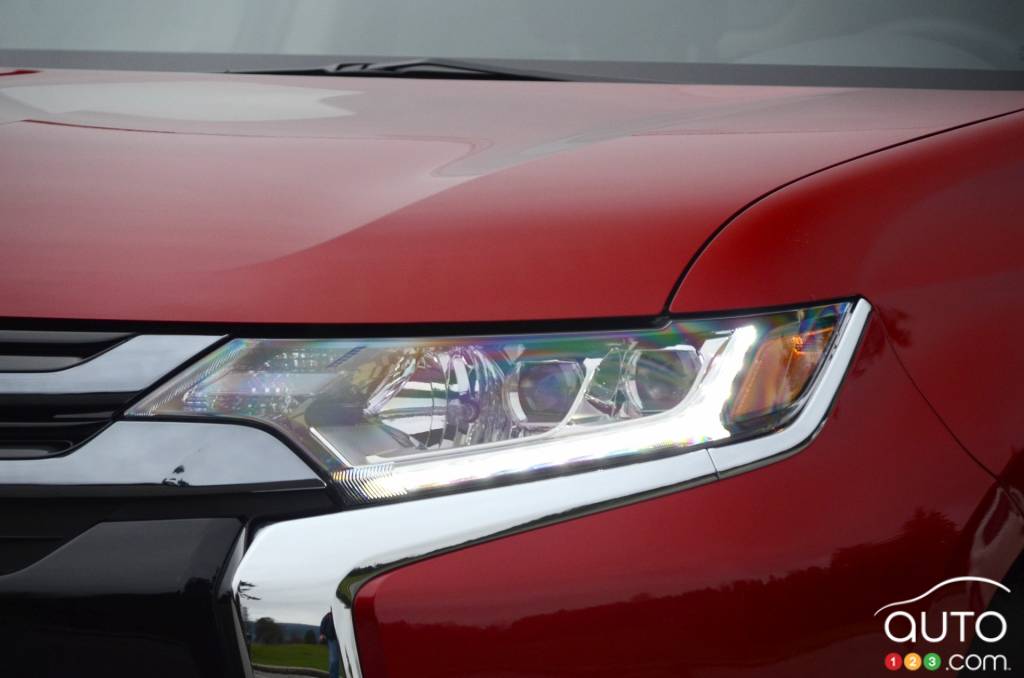 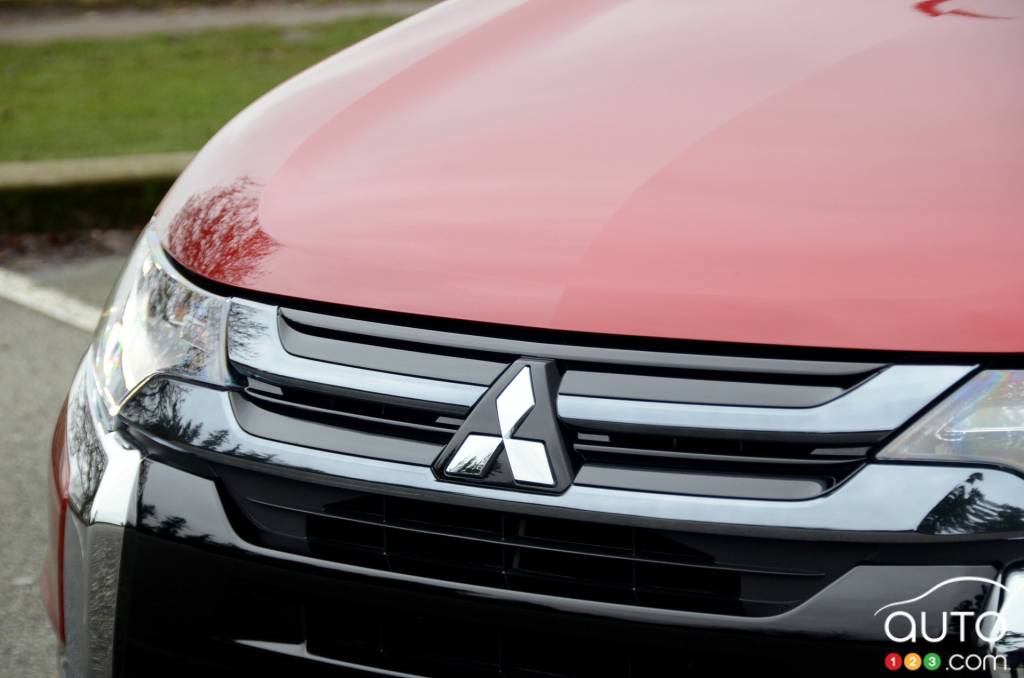 After several years of promises and anticipation, it’s official: Mitsubishi’s Outlander PHEV plug-in hybrid will cross the ocean and be made available to Can...

We take a second, wintertime look at the 2018 Mitsubishi Outlander PHEV, clearly still the best compromise around in terms of space, plug-in capability and f...