The Z is for Nissan what the Mustang is for Ford and the Corvette is for Chevrolet: a truly iconic model for the brand. And while the model doesn’t enjoy the popularity it once did, it remains an important cog in the Nissan machinery.

Nissan without the Z is like a cake without icing. And this is why it still has a place in the carmaker’s catalogue; you don’t just jettison a signature model.

The problem is that Nissan is not really giving it the love such a central model deserves. The last big revision of the Z dates back to 2009, and in fact the model’s guts are today the same as they were in late 2002.

In other words, the Z is old. In many ways, it’s totally out of date. 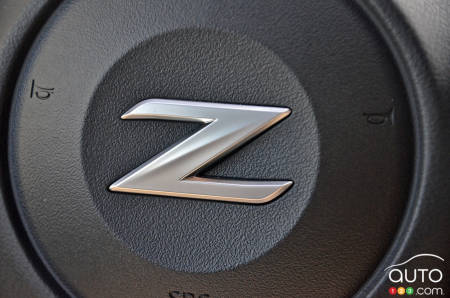 Fortunately for it, it also has some important qualities that can’t be underestimated.

But are these enough to make it an appealing option for consumers in 2018? And what about this NISMO version?

The test of time
Given the breakneck speed at which changes are roiling the automotive industry, the design a model inherits can be its biggest asset, but it can quickly become a liability. In the case of the Z, it has always remained the latter. Its contours are still highly appealing, and it continues to turn heads.

Then, when you get behind the wheel, you rediscover what it means to drive a pure sports car. In this regard, the Z gives owners their money’s worth. More on that later… 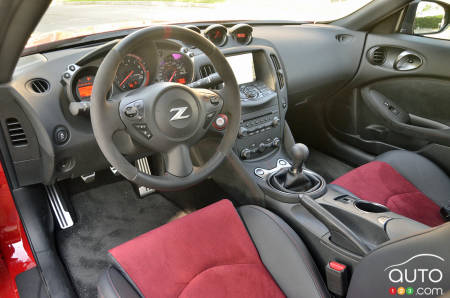 Styling and driving dynamics are two absolute pluses for the Z, thus. But as crucial as those qualities are, unfortunately, there’s little else working in its favour. The rest of the car is in need of TLC, starting with the interior with its presentation that harks all too vividly back to 15 years ago. The dials, most notably, are certainly different, but they’re anachronistic. Worse, the contrast in their display is on a par with you get with a 90s-era video-game console. Things are better in the centre of the dashboard, but the interface of the multimedia system lags far behind what Nissan has instituted in all of its other models.

The seats? The ones included in the NISMO fare better than those in the regular Z, but still don’t provide much in the way of comfort. No problem for short distances, but beyond that your back muscles will start to wave a white flag.

In short, a makeover is called for, sooner rather than later. 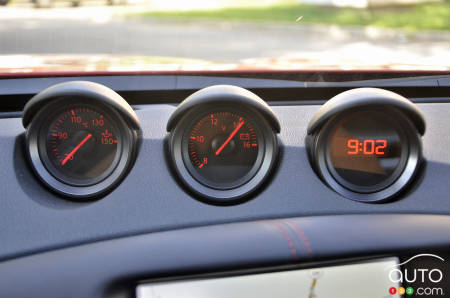 Proven mechanics
Things look brighter when you consider what’s under the hood. It’s like reconnecting with an old friend, one who brings a smile to your face. The 3.7L V6 that has been powering the Z for nearly 10 years is a competent, powerful and reliable performer. In the NISMO version, it delivers an added 28 hp, for a total of 350. The 276 lb-ft of torque it generates is also up in relation to the regular Z’s engine, by 6. This powertrain allows the  NISMO to gun from a stop to 100 km/h in 5.2 seconds, which is 0.7 second faster than other Zs.

Beyond the numbers, however, it’s the sensations you get when soliciting the car’s mechanics that leave the most lasting impression. In addition to the engine, the 6-speed manual gearbox (the only one you can get with the Z NISMO) is great to use, as is the clutch pedal, generous in its responses to the driver.

So let’s say it’s not hard to have fun in this car. And if manipulating a manual transmission is less familiar to you, activating the Sport mode makes the RPM adjust during downshifting; do this and voilà, you’ll feel like a genuine professional driver.

My only wish, really, is for the next Z to get a powertrain that’s more advanced technologically and  would reduce fuel consumption. As it is now, expect 11L or 12L/100 km, especially if you drive the least bit aggressively. 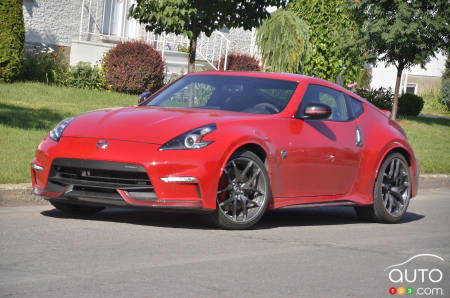 Nimble as all get-out, but…
We mentioned earlier the driving pleasure to be had once at the wheel of the Z NISMO. This positive sensation, however, is accompanied by some distinctly more negative ones, which pretty quickly overshadow the good feelings.

The bouquets, first
The most appealing thing about driving this Z is its convivial nature, whether you’re just heading for the grocery store or attacking a winding country road with aggression. The NSIMO is as fun as it is easy to drive.

And if things get a little out of control, two things can happen: your reflexes will impel you to quickly correct course, with the Z obligingly obeying, or else the drive assist systems will go to work and remind you in the process that you’ve got a ways to go before you can call yourself King (or Queen) of the Road. 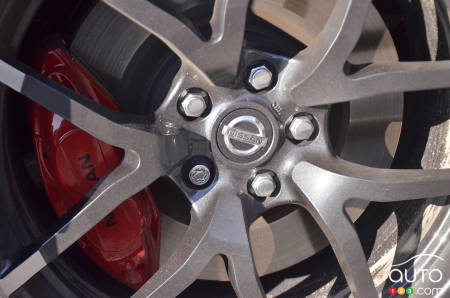 And the brickbats
It’s simple, this revolves around the far-too-rigid suspension this NISMO is configured with. This is not the first time I’ve had occasion to try out a NISMO, and like before, the same conclusion imposes itself: the car smacks you around too hard.

The state of our Canadian roads doesn’t help, of course, but there’s a limit to how much the human body wants to get knocked about. On the track this is no problem, in fact it’s amazing; but on real-life asphalt roads, no thanks. What this car is missing is an adaptive suspension.

As we said, the Z is one aging car… 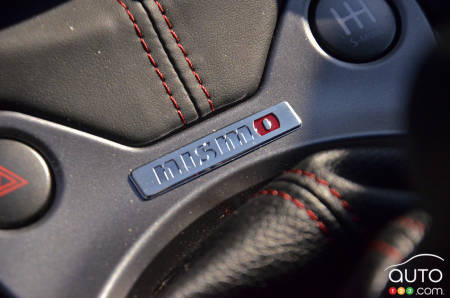 One other observation has to do with the sound insulation, or rather the lack of it. It’s great to hear the engine do its thing, but at 100 km/h on the highway, it would be nice to be able to converse with the person sitting next to you without having to yell.

Conclusion
If the 2018 Z is on your shopping list, go for the regular Z, and please promise to avoid paying for the optional add-ons that you probably won’t make use of in this car. The Z is a weekend plaything and when you’re at the wheel, only one thing matters: having fun.

Anything else is superfluous.

Nissan is readying to bring to market the next generation of the Z in 2019. And this NISMO version? It will be best appreciated begin driven on a video game screen. 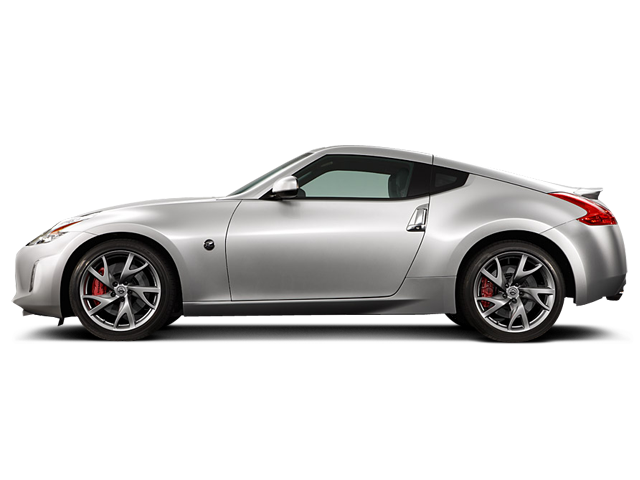 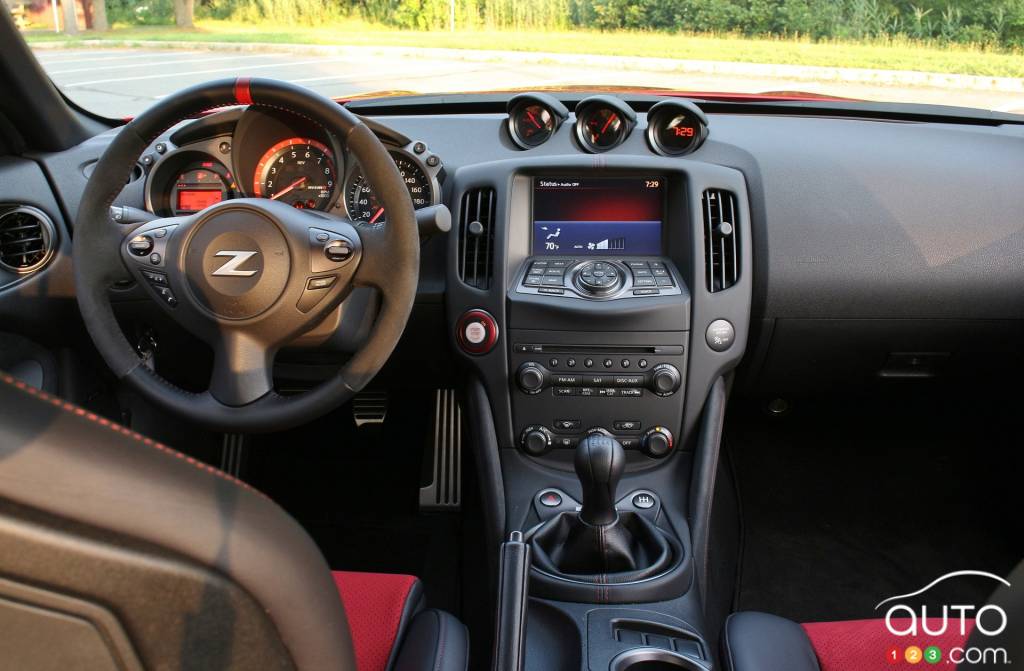 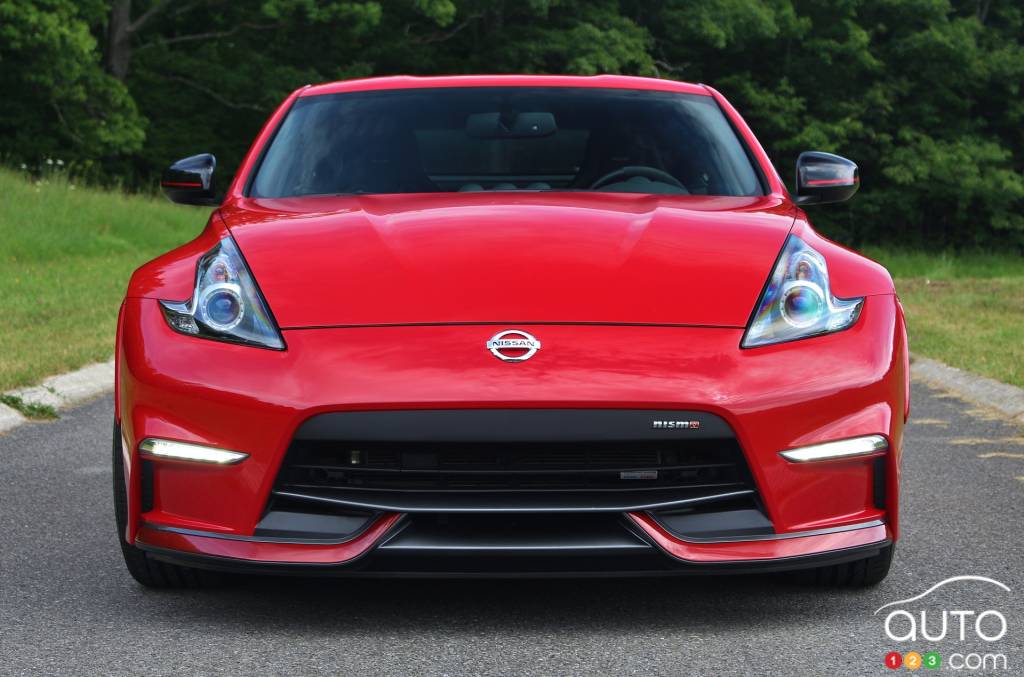 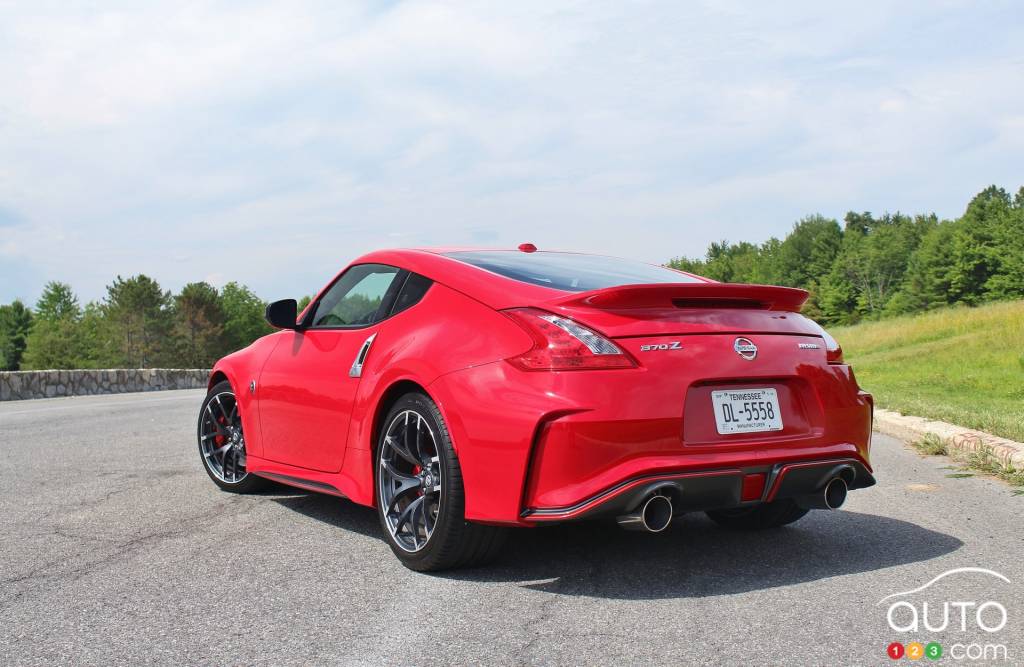 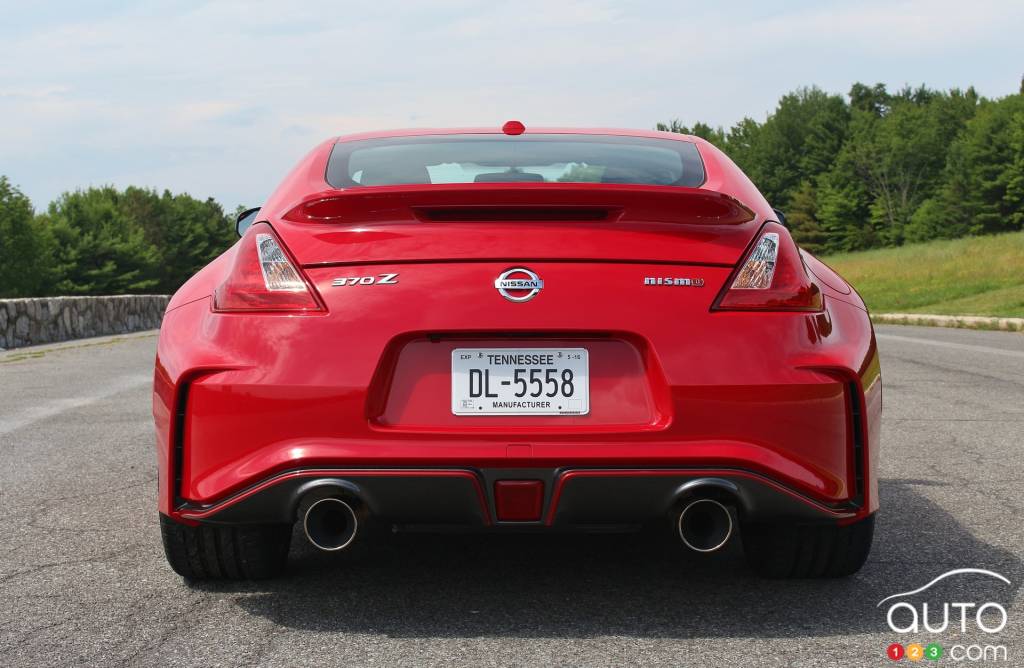 Good news for fans and potential buyers of Nissan’s entry-level sports model: the 370Z has received several design and performance upgrades, with no change t...

Nissan has announced Canadian pricing for the 370Z coupe, 370Z NISMO and 2019 370Z Roadster and provided details on the Heritage Edition packages. The models...