Montreal, QC – To say the Nissan Juke was an interesting study is an understatement; on one hand, you had the outlandish styling, punctuated by DRLs that look like they are the actual headlights, and headlights that looked like…well, you get the idea. On the other, you had great tech like AWD, turbocharged power and even NISMO performance versions – two of them, one with a manual transmission option. Say what you want about the Juke, but above all else, it was unique.

A bit too unique, perhaps. Nissan – the king of the crossover and SUV, some would say – axed it for the 2018 model year.

Of course, because of that “king” stuff, they weren’t just going to let one of their models go without having a quick replacement, and that replacement comes in the form of this: the 2018 Nissan Kicks.

Only, while it is the Juke’s replacement and occupies the same slot on Nissan’s crossover spectrum, it doesn’t fully do so – not exactly.

Picking up the reigns
On the surface the Kicks really does pick up where the Juke left off: it’s the smallest in Nissan’s six-model CUV/SUV line-up, gets some youth-oriented stylistic flourishes that we’ll discuss in detail in a minute, and has a number of funky interior additions. That’s all about right.

There are some important changes, however, that separate the Kicks from the Juke quite vividly. First of all, the styling has been paired back – not a hard thing to do, when you think of how crazy that Juke was – but AWD, turbocharging and the availability of a manual transmission have all been ruled out for the time being.

So what is it, then, the Kicks, a car that originally debuted at the Sao Paolo motor show and is inspired by the Brazilian Carnivale?

It remains a compact crossover to be sure, but Nissan says that it’s aimed more at city-dwelling youth than was the Juke, and affordability is often priority #1 for those buyers. That explains the lack of an AWD option; that would drive prices to high, and the manufacturer maintains that since they see this as an urban cruiser more than anything, AWD isn’t as important. A set of good snow tires would do the trick, they say, and there’s always the option of the larger AWD-equipped Qashqai. The no turbo option and lack of a sunroof are also cost-saving measures, helping keep the base S trim at $17,998, and $22,798 for the top-spec SR trim. At $20,898, a third SV trim splits the two.

In addition to cost, the younger buyer Nissan is targeting loves tech, and the money saved by forgoing the likes of AWD has been placed elsewhere; the standard features on the S trim include a 7” touchscreen display, back-up cam, three USB ports, Bluetooth, Siri Eyes Free (but not Apple CarPlay – you need to move to SV trim for that), push button start and more. In addition to CarPlay and Android Auto, the SV trim adds sat radio, and an even more advanced 7” display. Top spec SR trim adds optional Bose Personal Plus audio that provides headrest-mounted speakers for the driver (complete with funky orange Bose logos – I like), and angles the rest of the speakers toward their seat, too. It’s a spectacular system; I tested it with songs I’ve listened to hundreds of times before, and they’ve rarely sounded quite like this. The techy in all of us is well cared for, then, though you do have to upgrade to SR trim if you want safety features such as blind spot warning, rear cross traffic alert, and Around View monitor.

Another buying-bone tickling factor for vehicles like this is the styling, and while it’s somewhat less in-yer-face than the Juke was, it remains a nifty-looking thing: nicely taut proportions, two-tone wheels that grow as large as 17” in diameter, optional two-tone colouring in five flavours on SV and up as well as more traditional Nissan stuff like the V-motion grille, “boomerang” head- and taillights and floating roof courtesy of a blacked-out c-pillar. Like the Juke before it, you can get all manner of colourful adds at the dealer level such as contrasting wing-mirror caps, door inserts and more. Needless to say, it fits well on the graffiti-lined streets of old Montreal. Inside, cool stuff like orange-on black stitching, a semi-digital gauge cluster and flat-bottom wheel are some nice touches of flare it what is otherwise a somewhat dark cockpit.

The real, ahem, “kicker” when it comes to interior accoutrements, however, is the generous headroom and massive 716 L of cargo space behind the rear seats, which eclipses most of the competition like the Hyundai Kona and Toyota C-HR. Of course, if you want even more than that, the rear seats fold flat. Rear seats are a little cramped, but I suppose that’s to be expected; they had to get all that cargo space from somewhere.

Power of one
The one engine choice you get is a 1.6L 4-banger good for 125 hp and 115 lb-ft of torque, fed to the front wheels through a continuously-variable auto transmission, also your only choice. Not a huge amount of power, but it’s fine for squirting in and out of traffic in town. Indeed, the only time we could have used more was entering highways with especially short entry lanes. Activating sport mode through a somewhat awkwardly-placed button at the base of the shift lever helps a little, but I have a distinct feeling that if Nissan wants the Kicks to be taken more seriously, they’ll eventually add that turbo mill from the Juke.

Indeed, where the Kicks really shines is in the handing department. It doesn’t take much more than a half-dozen turns to know that the Kicks is eager to turn in only after a few degrees of lock, and that the suspension has been tuned for a level of responsiveness more akin to a compact hatch as opposed to a crossover. Better still is the ride: you may think that sharp handling means an overly-firm ride but that’s simply not the case. It’s well-dampered, the Kicks, absorbing the divots and potholes Montreal’s streets are so well known for. A car that looks this sporty shouldn’t ride like this, and Nissan has pulled off quite the treat.

A bullseye -- almost
At the end of the day, the real takeaway from this was the car’s attitude in busy downtown Montreal. Easy it was to thread the Kicks through narrow alleys and streets clogged with illegally-parked delivery vans. With those wheels pushed all the way to the corners, the turning radius is nice and tight and the view out is a pretty good one, the tall greenhouse making for some nicely-sized windows. While it may have lost a little of the Juke’s stylistic flare, it hasn’t lost the quality of being a zip little ‘ute well-equipped for the tasks its manufacturer envisioned for it. It’s well-priced, well-equipped, looks cool and is an excellent – yes, excellent --  companion for the urban jungle. A bit more power, and it could be excellent for a lot more than that. 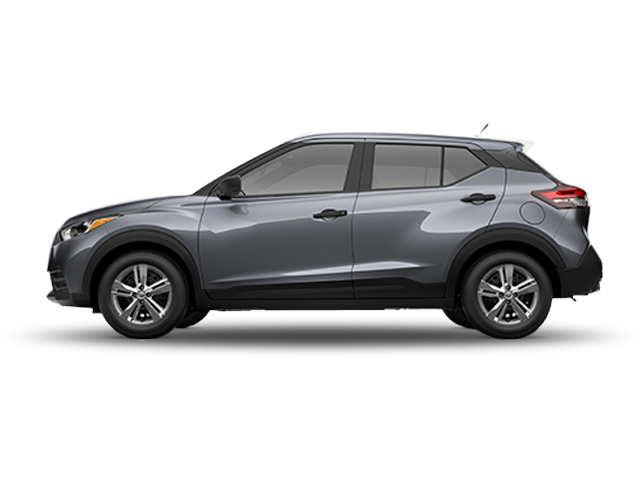 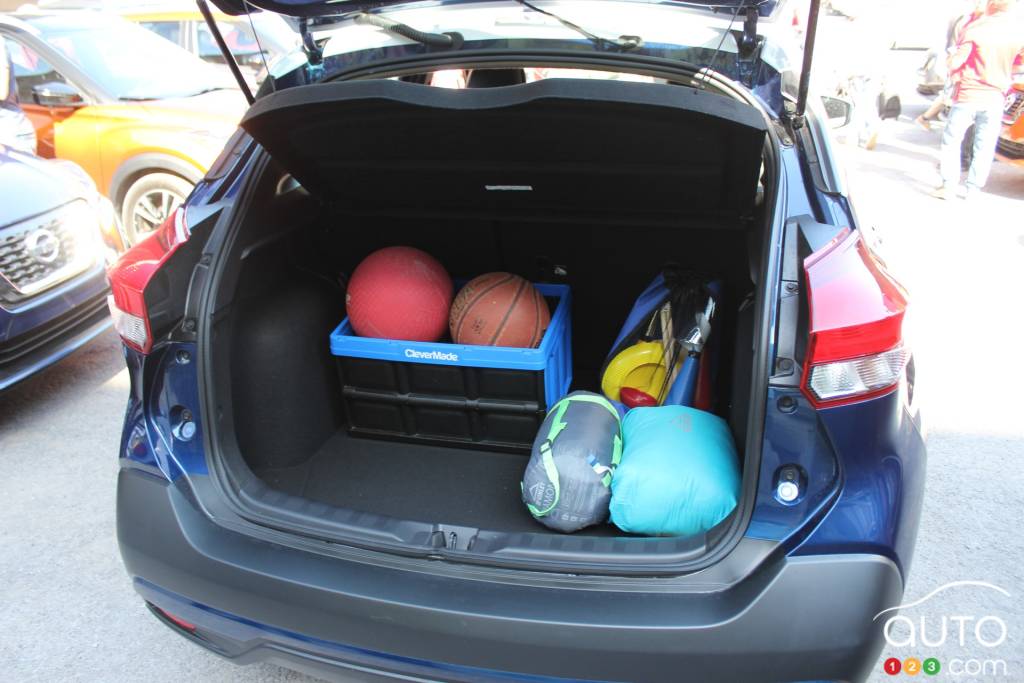 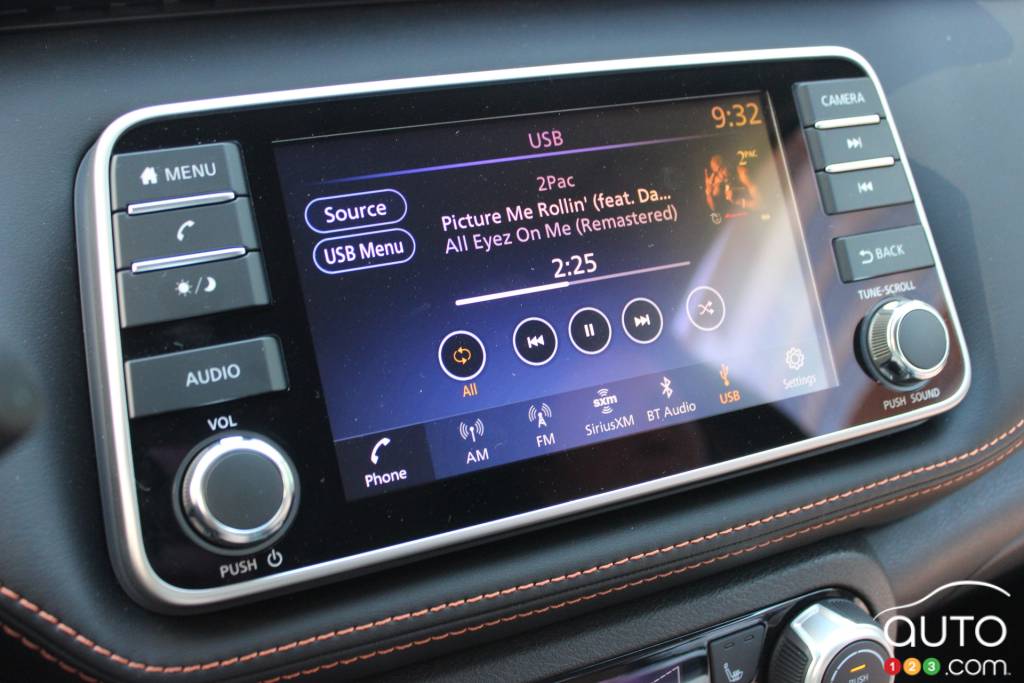 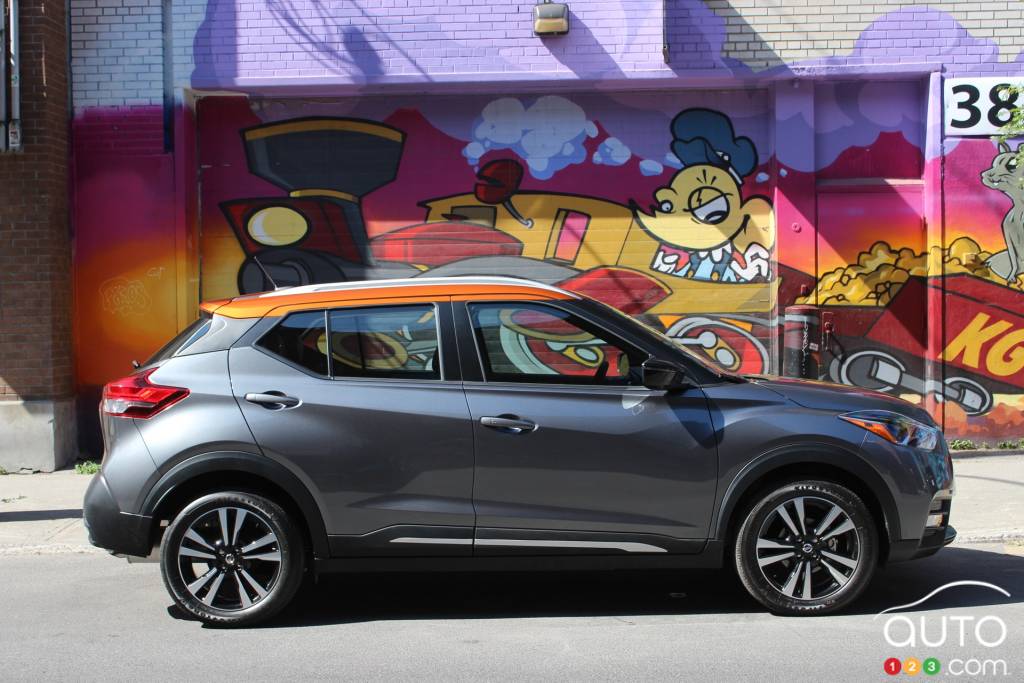 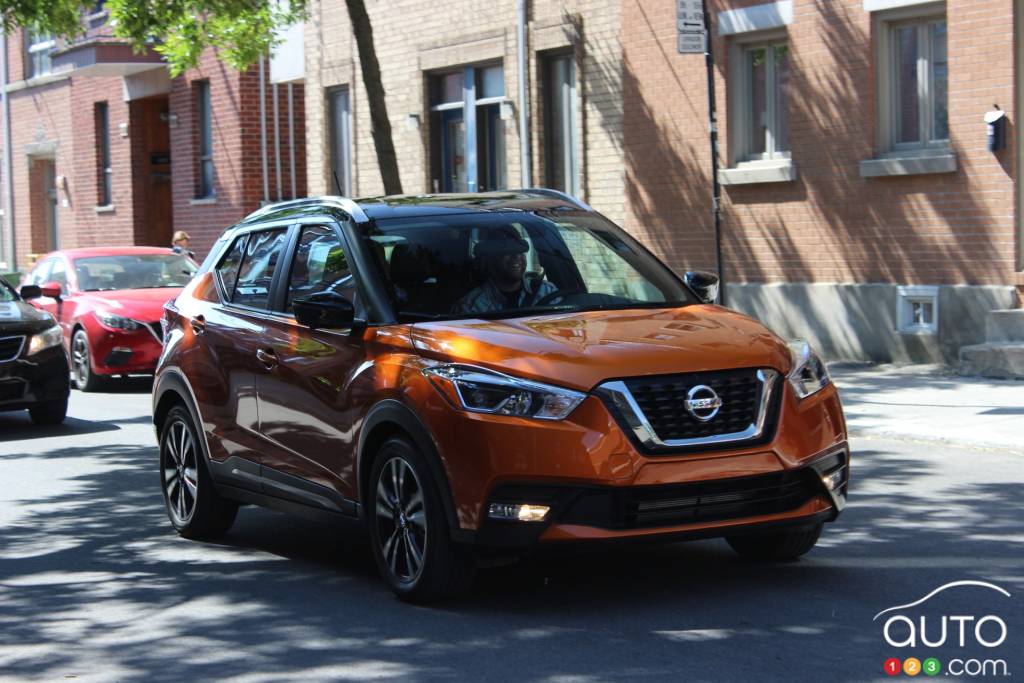 Nissan Canada has announced pricing for the all-new 2018 Nissan Kicks, set to arrive at dealerships this coming June. Starting price for the crossover will b...