Nissan Canada has just announced pricing for the different trims of the Kicks, the latest Nissan SUV to go to market. The crossover is expected at brand dealerships in the month of June. 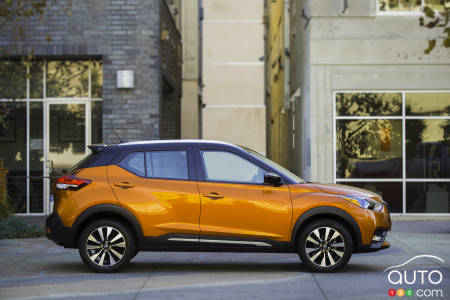 All three versions will be offered only with front-wheel drive, and come with the same 1.6L 4-cylinder engine delivering 125 hp and 115 lb-ft of torque in conjunction with a CVT transmission. Fuel consumption figures provided by Nissan are set at 6.6L/100 km.

As for the colour schemes available to Canadian buyers, the Kicks will be available in five different exterior colours, along with five different “twin-tone” possibilities. Three of these combine a black roof with a contrasting body colour (white, red or orange). The two others mix an orange roof with a metallic powder grey body, and a white roof with blue body. 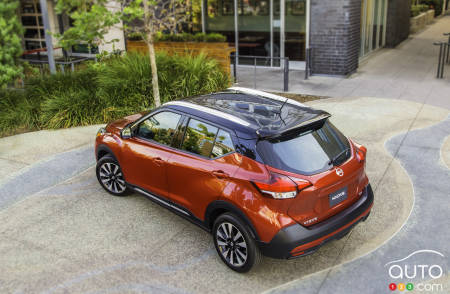 Inside, all versions come with Apple CarPlay and Android Auto compatibility and a Bose audio system.

Safety-wise, each edition of the 2018 Kicks features an emergency braking system and a backup camera. The SR version adds blind spot monitoring and rear cross traffic alert as well. 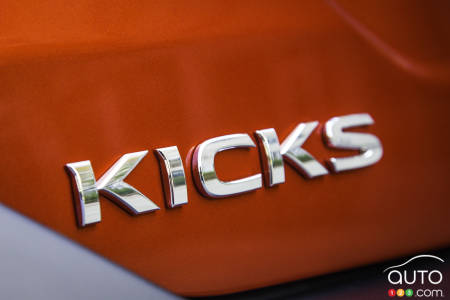 The new Kicks, while not a direct equivalent to the Juke, does take its place on the Nissan roster. We expect its driving dynamics won’t be quite as punchy as the Juke’s – which is a shame given the substantial driving pleasure that defunct model offered.

With a base price under $18,000, it’s clear that Nissan is adding a model that will appeal to a wider clientele than did the Juke. A case of reason carrying the day over emotion, we’d say. 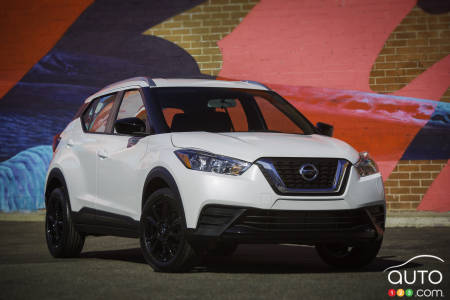 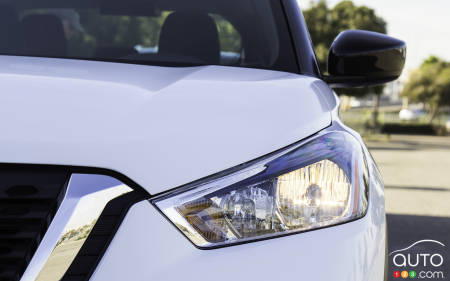 With the arrival of the Kicks, Nissan adds to its offer and fills the gap left by the departure of the Juke. While the newcomer does not directly replace the...