Sub-compact SUVs are the new darlings of the automotive marketplace. Consumers like their dimensions, the possibility of all-wheel drive and the eminent practicality of five doors. Add to that the ubiquity in the category of fuel-stingy 4-cylinder engines and it’s easy to see why they have surged so much in popularity.

It’s somewhat surprising, then, that while Buick, Chevrolet, Honda, Mazda, Nissan and a number of others were seeing sales figures climb encouragingly, the Toyota name was so conspicuously absent from the fight. It would take the abandonment of the Scion brand, of all things, to compel the automaker to produce its entry into the sub-compact utility category. Originally, the plan had in fact been to introduce the automaker’s new crossover under the Scion banner. In the end, Toyota simply tweaked its plans and its vehicle, and voilà: the 2018 Toyota C-HR!

A radical look
Conservative as Toyota’s approach to styling has been over the years, at Scion it was a different story, one of daring and a much more open attitude to aesthetic aggressiveness. This goes a long way to explaining the bold silhouette of the C-HR. Of course, the vehicle is made more of a Toyota by the addition of a front grille consistent with the rest of the automaker’s lineup.

Personally, I find this look innovative and interesting. It’s true that, for aesthetic reasons, the rear window is relatively small, the hatchback is steeply inclined (thus reducing cargo space) and the prominent rear lights are likely going to cost a pretty penny to replace, which is worth thinking about since they don’t benefit from any extra side protection. On the other hand, the Toyota C-HR is offered with a two-tone body and audaciously designed alloy wheels.

This kind of bold thinking aims to please Millennials, the market segment targeted by the C-HR. Its interior features some of the same daring, though with somewhat more restraint. The Scion origins of the vehicle are apparent there as well, with an overall look and feel that evokes that brand (exhibit one: the offbeat steering wheel). The front seats are quite comfortable, but the rear passengers will depend on the good will of those in front to give them a little extra legroom. The seats could have done with more ample cushioning, though this is nothing dramatic.

Overall, the Toyota C-HR is relatively spacious given its compact dimensions. What’s more, the quality of the materials is acceptable, the finishing quite good. Still, it’s impossible not to note the surprising omission of some features that would seem to address the wants and expectations of hyper-connected Millennials. There’s no Apple CarPlay or Android Auto connectivity, for example, nor a navigation system. Even the modest Chevrolet Spark offers all of that, plus Wi-Fi. Toyota is content to underline the effectiveness of the Bluetooth system, and points to the back-up camera linked to a display screen inserted in the interior rear-view mirror that comes standard in the C-HR.

Modern technologies, sober engine
Like a number of other global auto manufacturers, Toyota has developed a versatile global platform that can be used for several models. Unsurprisingly, the new C-HR is built on the Toyota New Global Architecture (TNGA), giving it a body that is both rigid and thoroughly modern. Also included is a redesigned front suspension and multi-link rear suspension. All of these elements come together to produce a mechanical set-up that matches up well with the super-modern contours of the C-HR.

Despite all this technology, it’s a little surprising that Toyota’s engineers chose to equip the C-HR with such a sober engine, namely a 2.0L 4-cylinder producing 144 hp and 139 lb-ft of torque. This motor, the only one available, is twinned with a CVT transmission featuring a Sport mode as well as 7 simulated speeds that help better scale out the sound level.

Perhaps to distract consumers from the relatively modest power output of this engine, Toyota has vaunted the world’s first use of a dual-vent coaxial oil pump to modulate the oil pressure in reaction to road conditions. World’s first it may be, but it’s unlikely to excite the passions of potential buyers.

Not much to find fault with
Le Toyota C-HR has many fine qualities, among them a relatively comfortable interior cabin, an ultra-modern platform and mechanics that are not just reliable but able to deliver good fuel efficiency (under 9.0L/100 km). What’s more, it comes with a host of safety systems that don’t necessarily come standard in many of the car’s competitors.

Fact is, though, if you’re hoping to get behind the wheel of a sport-minded vehicle on the level of a Mazda CX-3, or one that displays the authentic small SUV character of a Honda HR-V, you’re likely to come away disappointed. Nor is it possible to equip the C-HR with an all-wheel drive system. Toyota has explained this by pointing to poor demand in the past for the defunct Matrix AWD as a factor in its decision not to offer that feature with its new crossover.

The lack of inherent sportiness notwithstanding, there’s no denying the casual all-purpose usefulness of the 2018 Toyota C-HR. Its engine performs decently and should last virtually forever like Toyota engines are wont to do. Plus, it delivers competent, relatively neutral road handling, other than slight under-steering which gets more pronounced when pushing the car to its limits. In short, it’s a vehicle with no surprises, and one that relies on its distinctive styling and Toyota’s reputation for quality to attract buyers, whether they’re Millennials or not. After all, Baby Boomers might also want to go for that younger look!

We finish with the answer to the question that may have been on your mind all though this article. So what do the letters C-HR stand for anyways? They’re short for Coupe High Rider! 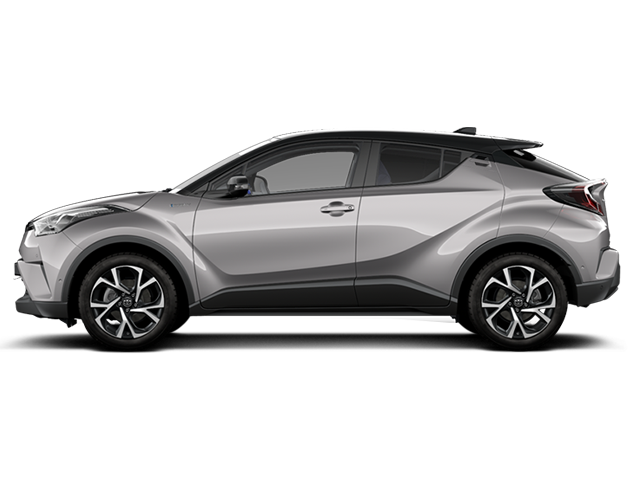 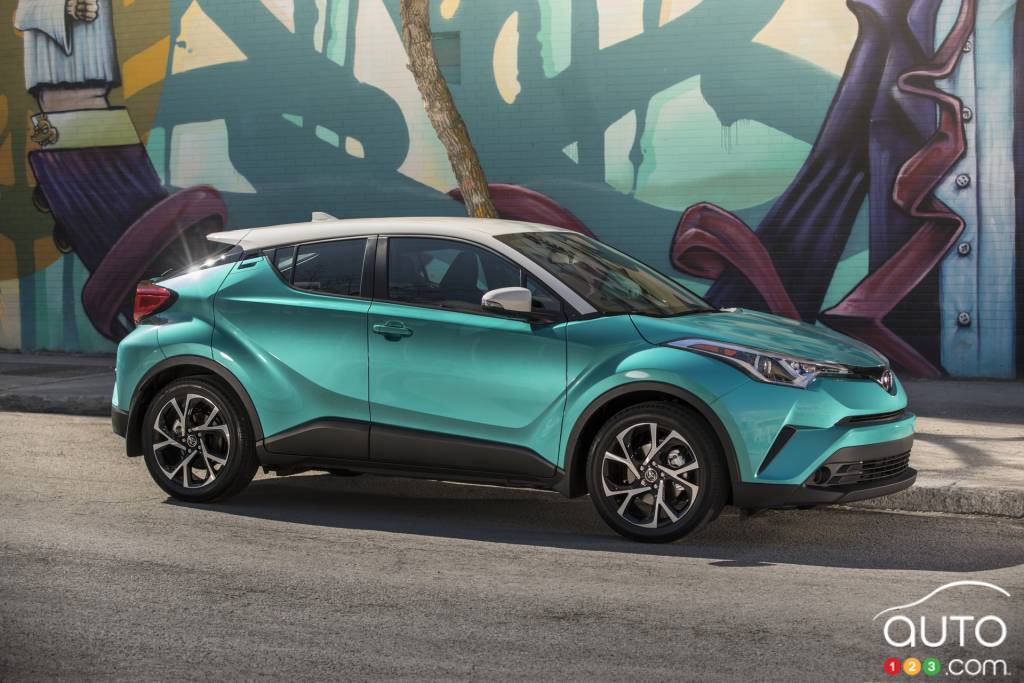 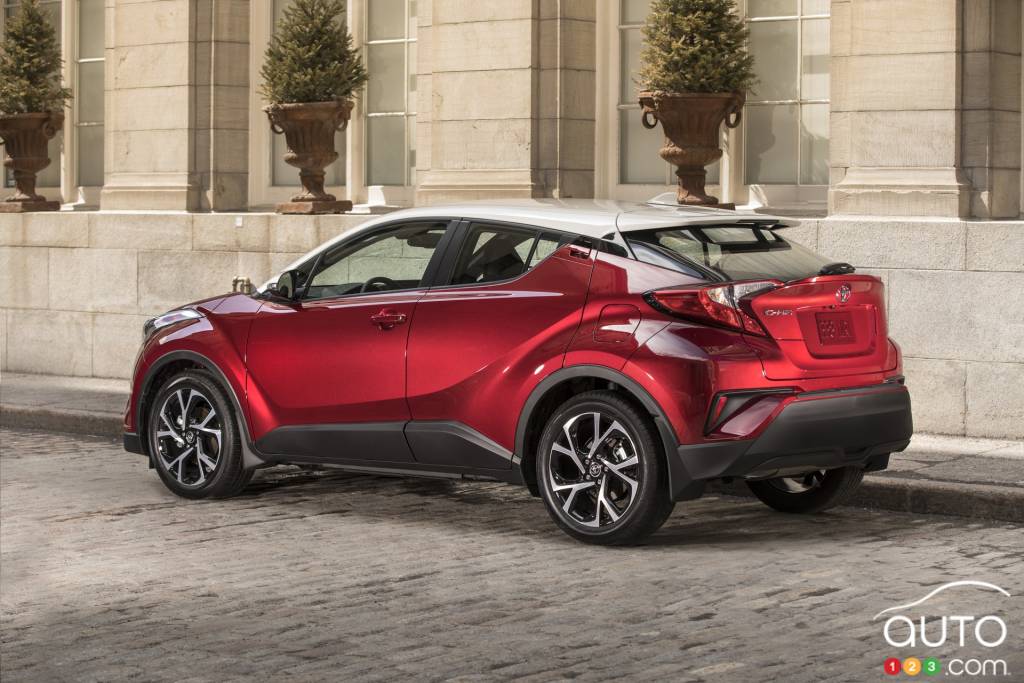 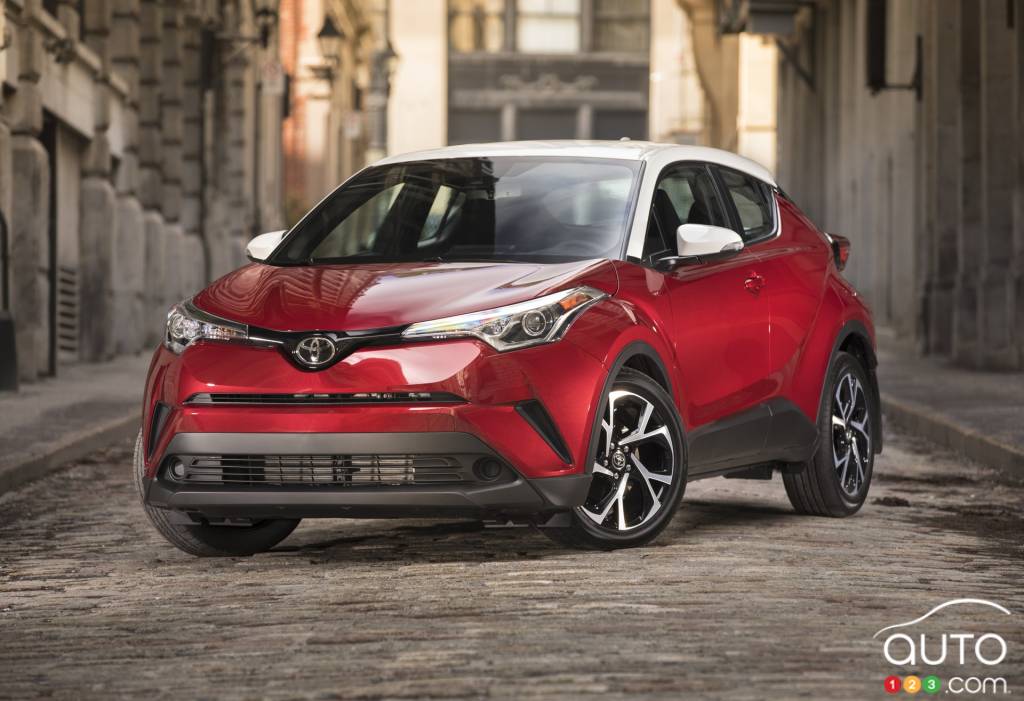 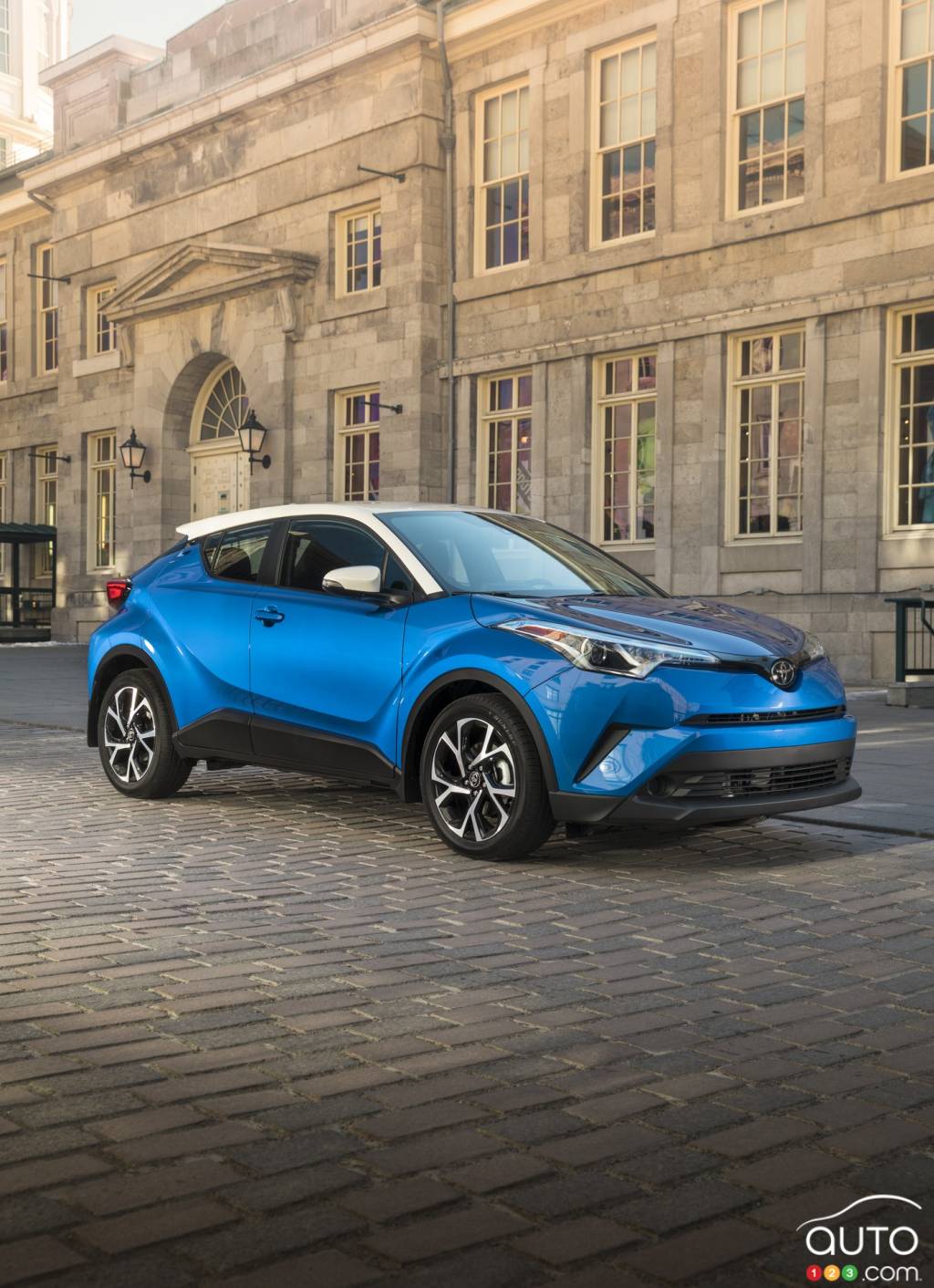 The 2018 Toyota C-HR and the 2017 Nissan Qashqai are both new sub-compact SUVs currently garnering strong attention on the market, for somewhat different rea...