I'm not a huge fan of crossover coupes. The marrying of these two unlikely automotive bedfellows by way of welder and 50,000-ton press has created some, shall we say, 'unusual' sights to behold at your local dealer lot. This is especially true if you're a fan of German metal, as that country's designers seem particularly bent on bending the rooflines of as many beetle-backed SUVs as possible.

As deep as my general malaise around vehicle categories invented out of whole-cloth by marketing departments might be, I've always been curious as to whether it were possible to offset their overall practicality and unusual proportions with some mechanical magic. Is there a drivetrain out there that could erase my ennui about being seen behind the wheel of something so purposely ungainly?

It was with this in mind that I approached the 2019 BMW X4 M40i, the quickest version of the luxury brand's most nimble abbreviated SUV - at least until we get the full M model rumored to be in the offing shortly. Could its turbocharged charms turn my head all the way around on the crossover coupe concept, or was there not enough torque on the face of the Earth to alter my opinion on their compromised aesthetics? The beach is that way
As far as engines go, the inline-6 found nestled underneath the bulging hood of the X4 M40i is one of the most welcome ubiquities in the BMW lineup. A well-developed and evenly-distributed unit that pulls duty in a range of Roundel-wearing cars and trucks, in this particular hauler it boasts 355 hp and 365 lb-ft of torque courtesy of its twin-scroll turbocharger. Not a “true” M motor - more 'M-adjacent' - yet still a strong contender for altering my perceptions.

(I'm going to stop for a minute to say that I don't believe those posted power numbers are true. Not for a second. You see, the X4 weighs nearly 2,000 kg, and yet is capable of launching itself to 60 mph in less than 4.5 seconds, if you play your cards right via its launch control system. Something doesn't add up here, and I'm willing to bet that the engineering modesty is more marketers keeping the M40i within its carefully-designated showroom slot than a math error.)

Regardless of its true output, the turbo unit is aided and abetted by a pair of velocity-enhancing co-conspirators in the form of its 8-speed automatic transmission and standard all-wheel drive. The latter is assisted by an 'active' rear differential that remains largely dormant until the X4 sees its stability control turned off. At that point it works to direct torque so as to assist in cornering. Go full-off with the vehicle's DSC system and you're looking at a locking differential that provides predictable power delivery when standing on the throttle mid-corner. 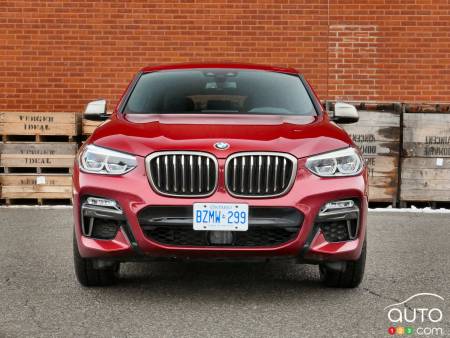 In theory and in practice
How does the BMW X4 M40i's engine feel when translated from its dry paper specs to an on-road experience? First, the lie that is 355 horses becomes that much more transparent. At almost any speed, kicking the spurs into the SUV's floorboards rewards me with seemingly unlimited acceleration, quickly crossing over into 'helicopter chase' territory on the highway while easily dusting most contenders from stoplight-to-stoplight. This is especially true in Sport+ driving mode, where shifts are abrupt but effective, and throttle response approached monofilament-sharpness.

The aural symphony that accompanies the M40i's spirited character is a little less smooth. Between the fake engine note plumbed into the BMW's speakers and the aggressive retort of its exhaust overrun (outright anti-social in Sport+, and slightly attenuated in its most outre Individual setting), the X4 comes across as a bit of a put-on punk wearing a spiked leather jacket and a meticulously-coiffed mohawk to a gallery opening. 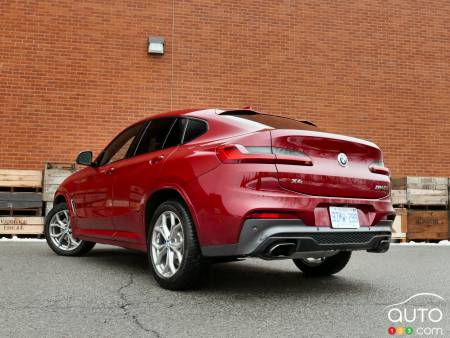 It's Really, Really Fast
Was I won over by the 2019 BMW X4 M40i's lightning-esque forward motion? Not quite. It's true that drag racers will love the beef and brawn that the M40i's thoroughly excellent drivetrain brings to the equation, and as long as one isn't expecting to feel at one with the crossover's considerable bulk through the corners, its handling capabilities will be pleasing, too.

As an overall experience, however, it's more of a net neutral when balancing out the X4's unusual styling and considerable heft with its exceptional thrust. After each run to the redline, I couldn't help but wish that I was instead sampling the BMW's gnarly drivetrain bonafides from behind the wheel of a lighter sedan or true two-door coupe instead. Fortunately, that's still a possibility, as the automaker has yet to give up on the luxury/sport segment - even if stilt-walking models like the X4 attempt to convince us that their time has come. 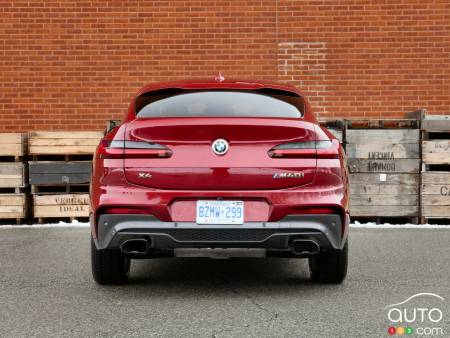 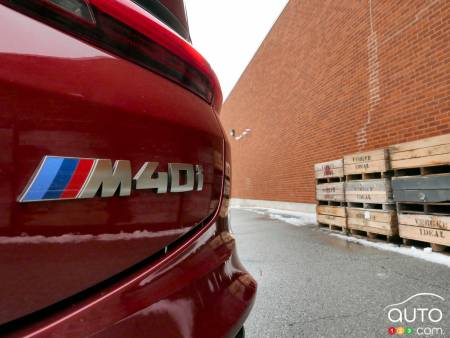 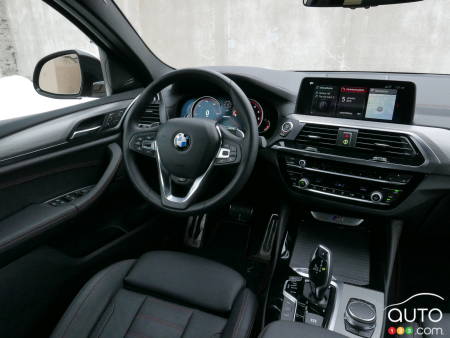 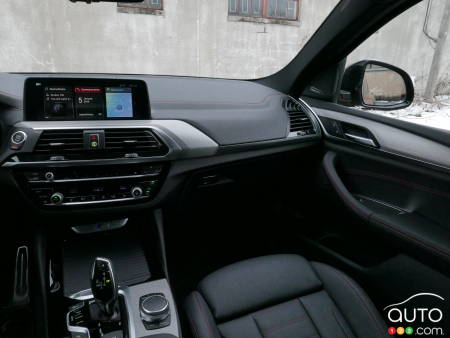