Japanese automaker Honda took its time producing a response to the first wave of pocket utility models. When it launched in 2015 as a 2016 model, the Honda HR-V filled a hole in the company's lineup, just above the Fit – with which it shares a platform, by the way  - and below the popular CR-V.

For 2019 the little SUV gets a few mid-generation tweaks, including some updates to its specs. For the rest, however, Honda stays true to its philosophy of preferring the incremental to the radical when it comes to changes.

Other 2019-vintage vehicles I’ve tried recently have confirmed for me how quickly the industry’s products are evolving at breakneck pace. And yet the HR-V seems, in contrast, a bit frozen in time.

A renewed design?
It’s clear on first approach: the smallest Honda SUV gets very few changes to its outer shell, the model conserving its almond-shaped side windows and the rear door handle placed right on the C pillar. The twin slashing indents on the sides are back as well, ditto for the rear end that looks unchanged from that of the model we’ve seen for the past four years. Only the more eagle-eyed observers will notice the chromed exhaust tip, which wasn’t there last year.

At least, the choice of available 17-inch wheels (for the higher trims anyways) is new, though in my opinion the effect they create is more miss than hit, the new wheels looking tinier than before.

In addition – and this is the most striking change for 2019 – the front end has been reworked by Honda’s designers. The chromed strip features a larger H badge than before, and the entire nose has been updated. This is all done with great discretion, mind you, but that’s Honda’s way of doing things so don’t act surprised.

Same old same old inside
Again true to habit, Honda has changed little inside. That said, some details that needed taking care of have been addressed. Apple CarPlay and Android Auto integration is now present, which should please the tech heads. The navigation system, exclusive to the top-end Touring version which is the one I drove, has also been revised to improve the presentation.

Also noteworthy is the physical knob for controlling the audio system’s volume, which wasn’t there at all in the past - an egregious error that Honda is doing well to rectify in its new models! As for the cup-holders, their forms have been altered to welcome a wider range of cup and bottle sizes.

For the rest, it’s same old same old. The dashboard is still defined largely by the three climate control vents on the passenger side, and the central console literally creates a barrier between the two front-row passengers. A word about the physical controls of the climate control system: while it’s easy to clean, it’s not really that intuitive, and the driver has to take their eyes off the road every time they want to adjust it.

Obviously, for the driver it’s their spot and its setup that matter most. But as with previous editions of the HR-V, the space that most impressed me is the rear section of the interior. For those who need to transport larger and/or unwieldy objects from time to time, that renowned rear bench that can be folded every which way is a godsend. By placing the gas tank beneath the front row of seats, Honda’s engineers were able to lower the bench’s anchor points. As a result, you can fold the bench seat upwards, in whole or in part, or partially or completely fold the bench seat down into the floor.

What this means, among other things, is that no other SUV in this segment can take in as many litres of cargo behind the first row of seats.

Less impressive at the wheel
The gradual disappearance of the manual gearbox continues with the 2019 edition of the HR-V. That’s right, up until now the small SUV could be had with a good old stick shift, though only in the base models without AWD. For 2019, however, the Honda HR-V comes only with a continuously variable transmission, even in the LX edition with FWD. This is perfectly understandable from the carmaker’s point of view, as the vast majority of buyers have been opting for the automatic transmission.

In any event, the engineers at Honda reworked the CVT for 2019 to make the drive it delivers more “natural”, and quieter thanks to the Active Noise Cancellation system (included only in the Sport and Touring versions). It uses the audio system to reduce low-frequency sounds coming from the road.

Reliability is assured by the presence of Honda’s 1.8L 4-cylinder engine under hood, which makes 141 hp and 127 lb-ft of torque. This unit served the previous generation of the Honda Civic before being put to work in the HR-V.  However, reliable doesn’t mean refined, and the aging nature of the powertrain makes itself felt behind the wheel. The engine gets crankier during sustained accelerations and even when passing on the highway, and the sound it produces is miles removed from what you get from the marvelous engine of the Civic Type R, for example. Where’s the beef!

The CVT doesn’t really help matters, even though its competence is not in dispute. I just feel like a good old regular automatic transmission would infuse the little utility model with some needed sportiness. But then, sporty is not really in the 2019 HR-V’s vocabulary, unlike several of its rivals in this segment. Sticking the 1.5L 4-cylinder turbo currently in use in the CR-V and the Civic under its hood would certainly light a bit of a fire under the HR-V, but Honda chose otherwise. Maybe for the next generation?

On the plus side, the pocket utility model from the Japanese manufacturer is an easy-to-live-with daily driving companion, with its light steering, reasonable fuel consumption and pleasing comfort levels for a sub-compact car platform. And really, these are the qualities that make the model such a hit with consumers.

The last word
It’s not the sportiest, or the most mechanically and technological advanced model in its class. But for the qualities of reliability, comfort and cargo capacity, the HR-V maintains its appeal. It speaks to consumers who want a vehicle that’s easy and practical to use day in day out. Personally, those touch commands at the centre of the dashboard give me hives, but for the rest, I’m still of the belief that, even aging as it is, the 2019 HR-V is still a solid choice. 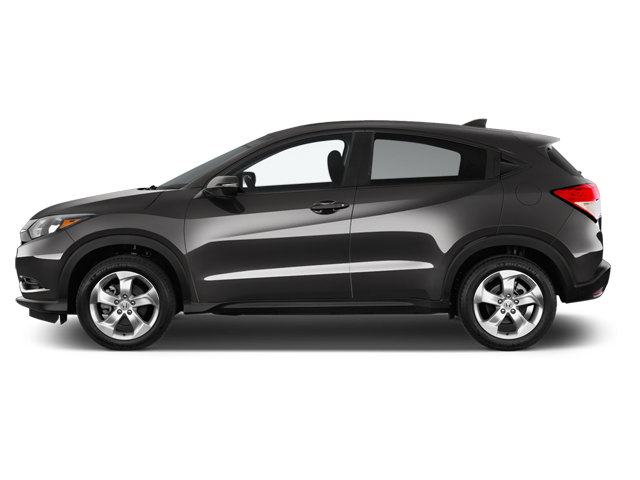 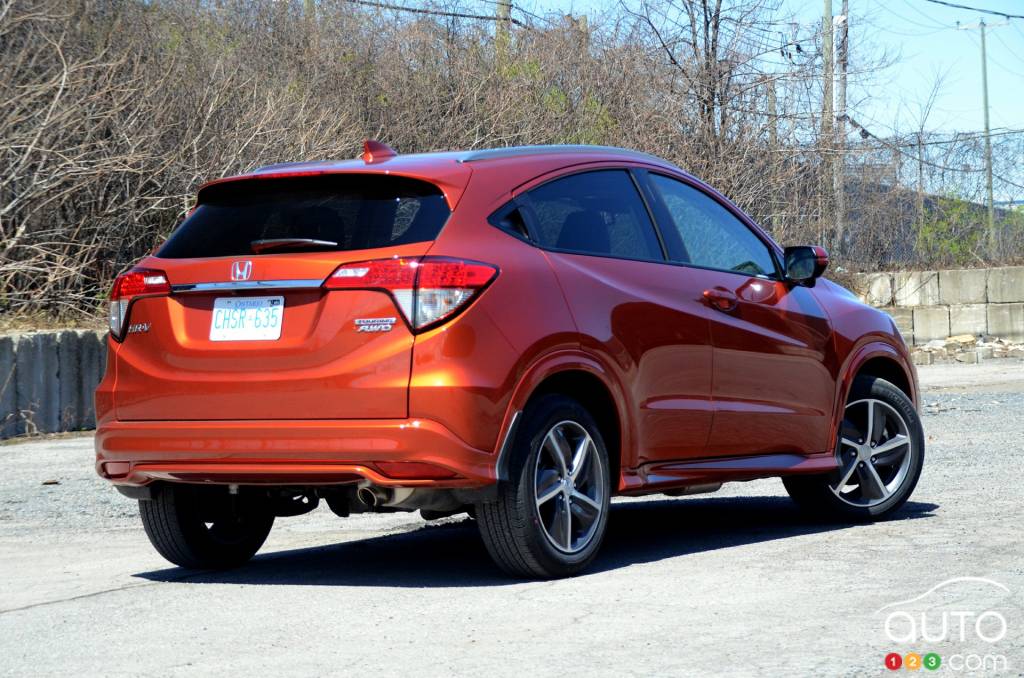 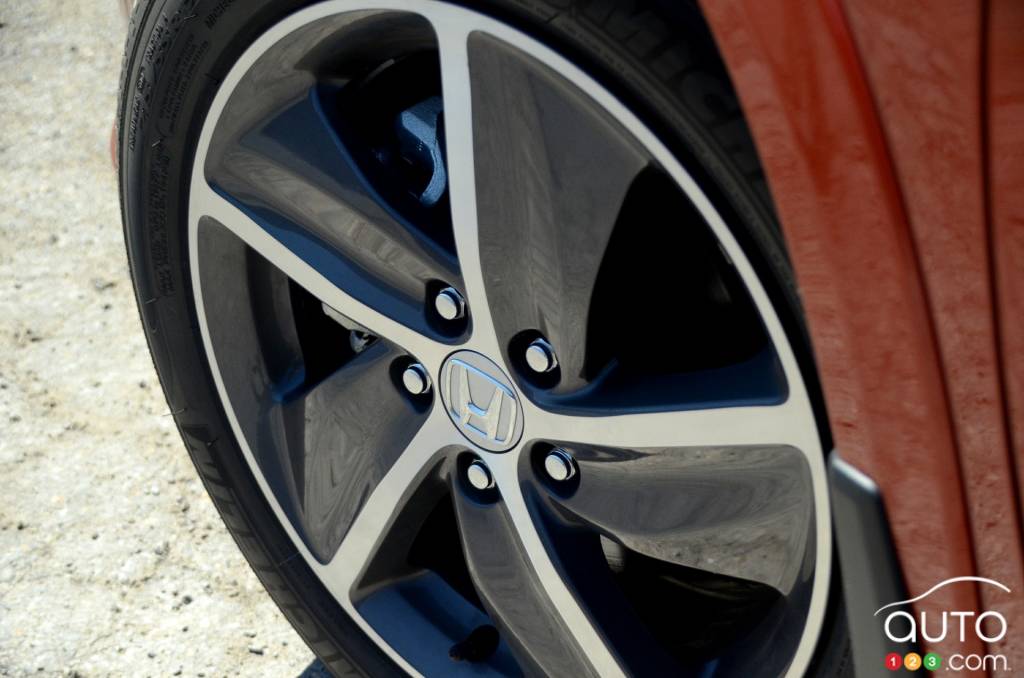 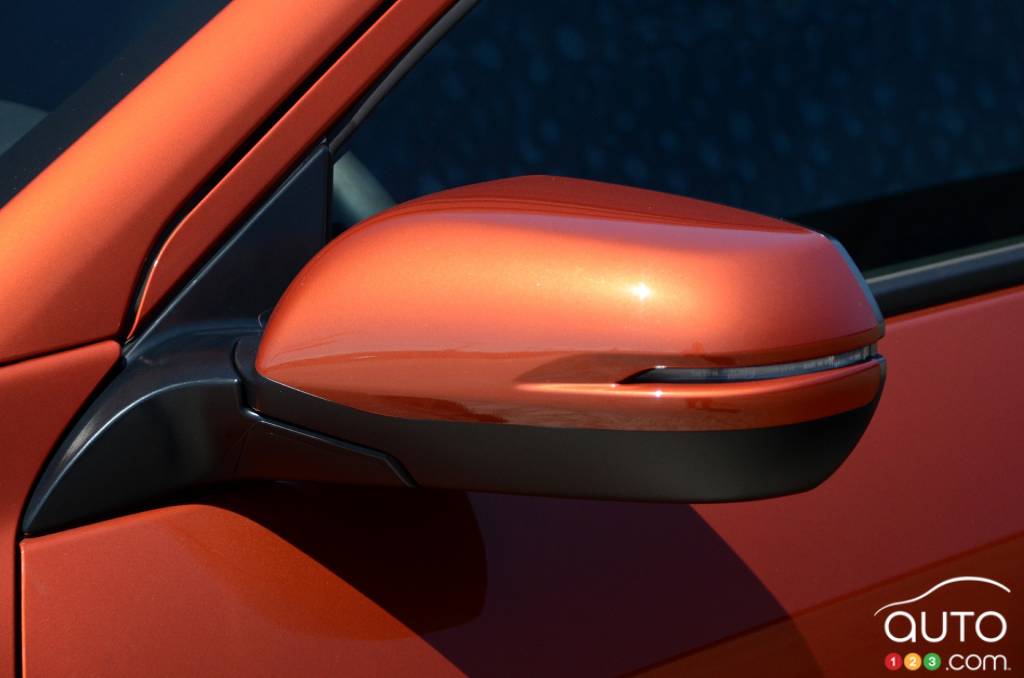 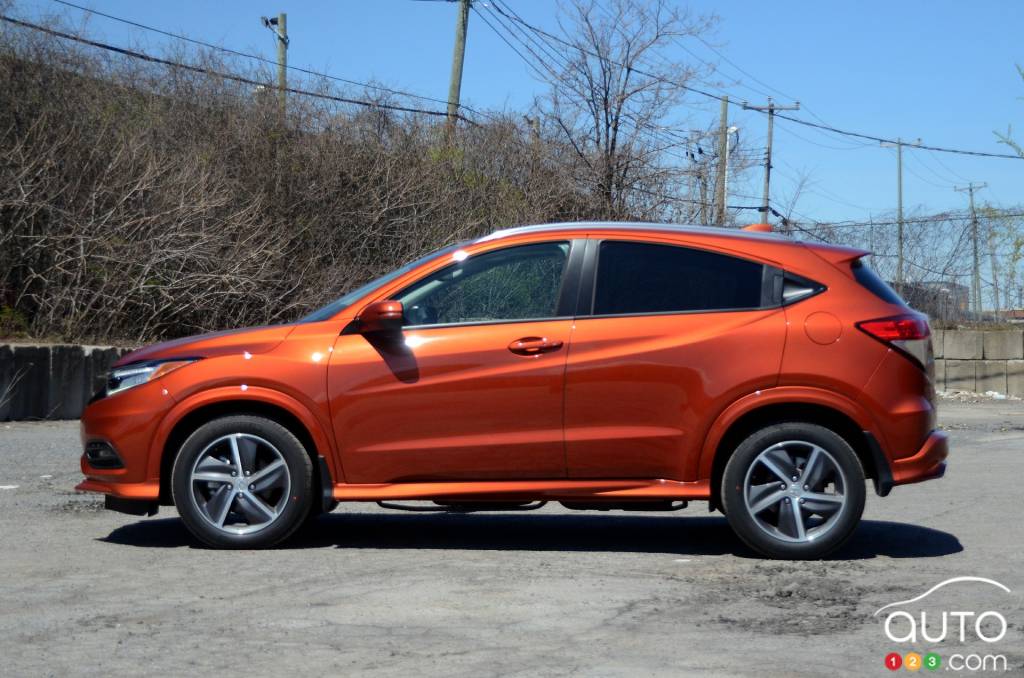