There was a time, more particularly the 1990s, when SUVs consisted almost exclusively of two-row affairs as they grew in popularity. The dominant players were models like the Ford Explorer, Chevrolet Tahoe, Toyota 4Runner and Jeep Grand Cherokee.

These early 5-seat leaders were gradually replaced by 7-seaters designed more specifically to meet the needs of families looking for more space from something that wasn’t a minivan. It was the dawn of the age of big crossovers. The Honda Pilot, Chevrolet Traverse, Dodge Durango and Ford Flex, for example, all offered seven seats.

The Passport was Honda's first SUV model; it was also a refitted version of the Isuzu Rodeo sold by Honda in the United States.

Read also our First Drive review of the 2019 Honda Passport

After a long hiatus for the nameplate, Honda brings back the Passport for 2019, increasing its contingent of utility models to four. There’s the little HR-V, and the Passport will slip between the CR-V and the big Pilot.

Specifications for the 2019 Honda Passport 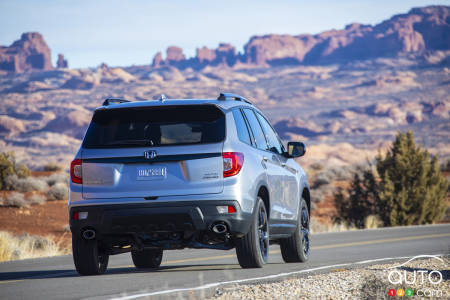 Budget-minded development process
To sum up what the Passport is, is actually pretty simple: it’s a Pilot shortened by 15 cm that offers two rows of seats instead of three. The platform and the engine come directly from the Pilot. The wheelbase is also exactly the same, the Honda people having simply shortened the rear end. The Passport also benefits from a slightly elevated suspension to render it capable of mild off-roading; that suspension is also more dynamic. With 20-inch tires that are wider than the Pilot’s plus a more aggressive front grille, Honda gives sportier styling to its new midsize utility model than it did to its big brother.

Three different models
Just recently arrived at dealerships, the 2019 Passport is offered in three versions: Sport, EX-L and Touring. Although the SUV is shorter than the Pilot, space in the cabin is more than generous, among the most you’ll find in a two-row SUV in fact. Cargo space behind the second row is 1,430 litres, more than one and a half times that of the CR-V, and if you fold all the seats you get a whopping 2,854 liters; I swear you can hear an echo in the truck.

The cargo floor, meanwhile, lifts to reveal a storage space for objects to be kept far from prying eyes.

The list of standard equipment is fairly comprehensive, starting with front collision and automatic braking alert, lane departure warning with Lane Keeping Assist, Adaptive Cruise Control and Lane Watch. All models benefit from heated seats as well as Apple CarPlay and Android Auto system integration. Like to bring along some coffee or tea? The vehicle has 14 cup-holders splayed about, plus a cavernous centre console that can engulf hand bag and electronic tablet without effort. Finally, I should mention that the atmosphere on board is a little somber due to the wall-to-wall glossy black, which is also high maintenance because it leaves fingerprints everywhere - a detail for the folks at Honda to take a second look at.

Single, familiar engine
Nothing complicated for the powertrain, Honda having carried over pretty much everything from the Pilot and stuck it in the Passport. So you have a 3.5L V6 that makes 280 hp and 262 lb-ft of torque. Honda has also brought over the latest generation of its 9-speed transmission, the one that now starts in second gear. Models sold in Canada come standard with all-wheel drive while American consumers get a basic model equipped with front-wheel drive.

More attitude behind the wheel
While the new SUV is not exactly sporty, driving it is more inspiring than the piloting the…Pilot. There’s still a modicum of heaviness in the steering wheel that lacks precision and responsiveness. The all-wheel drive is efficient and quite responsive, as it permanently leaves 5% of grip on the rear wheels. If you find yourself on slippery roads, the system reacts quickly to get you back on track.

The driving position is excellent and you can choose to shift with the paddle shifters mounted on the wheel, but you will find that to be as pretty useless enterprise. If you want a little more "pep" to your experience, better to press the D button twice to put the vehicle into Sport "S" mode.

Honda has also worked the sound of the engine to make it a little "naughtier" when pushed hard. As for fuel consumption, we got numbers close to that of the Pilot, which is not surprising, with an average of just over 10L/100 km.

Conclusion
With a starting price of $41,990 for the Sport version, $45,590 for the EX-L model and $48,990 for the Touring, the Passport is about even with the competition, which includes models like the Ford Edge, new Chevrolet Blazer and Jeep Grand Cherokee. The Passport offers more space than its competitors, proven reliability and arguably excellent resale value. 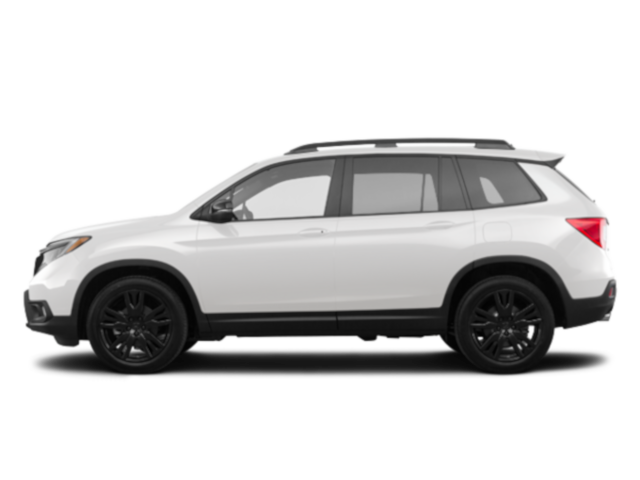 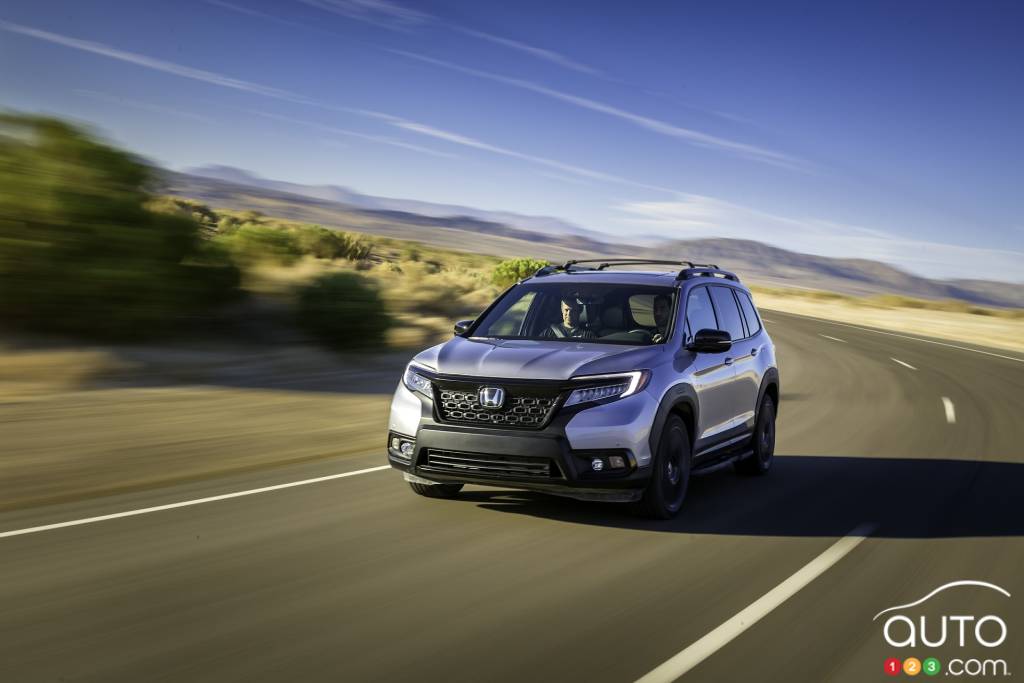 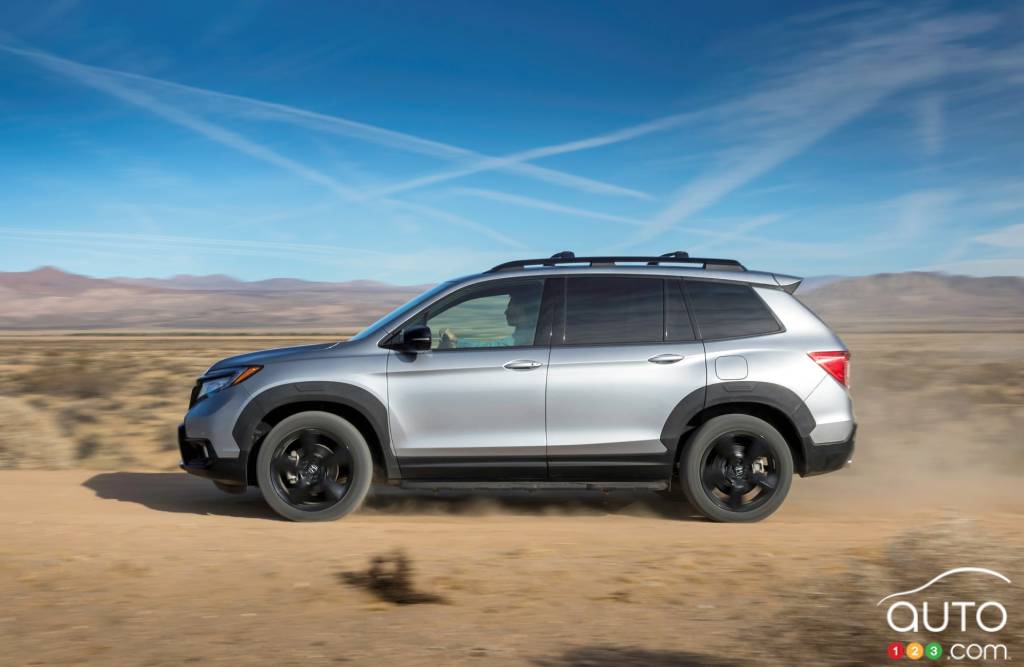 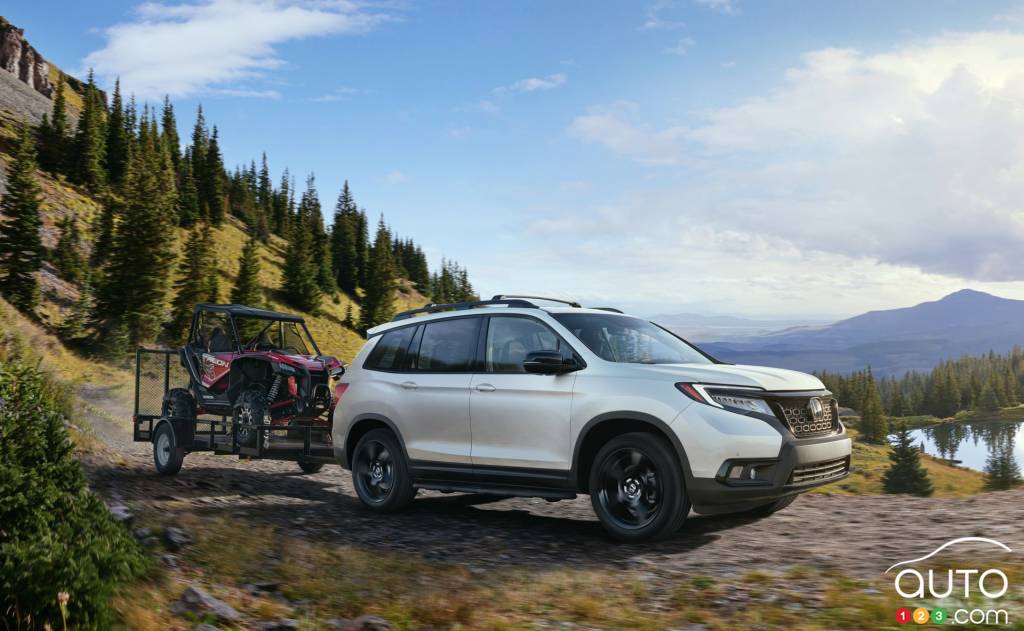 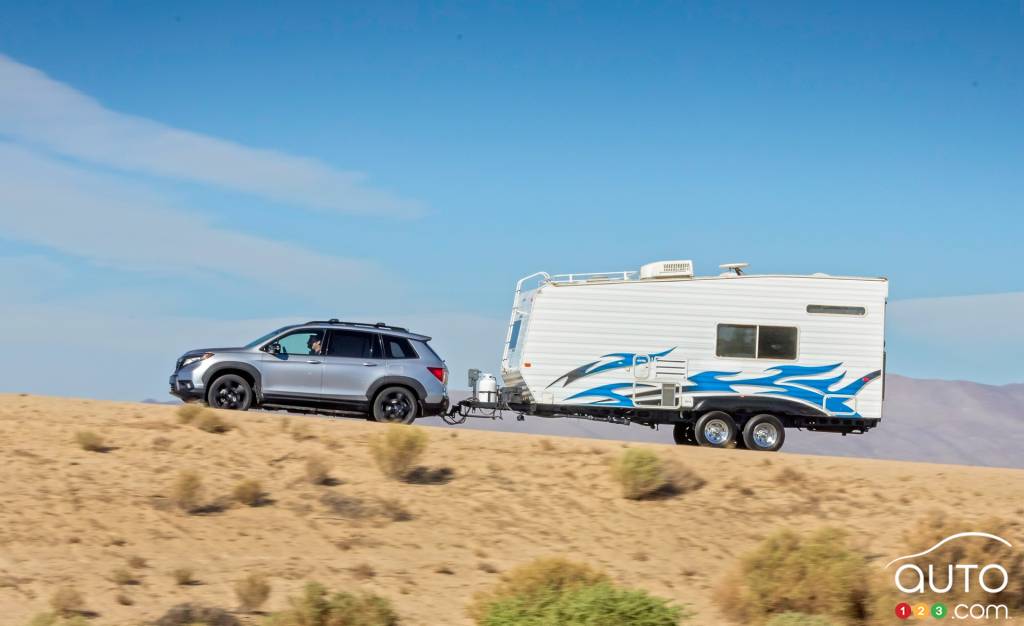 Photos:Honda
Photos of the 2019 Honda Passport
See the complete Gallery