When Ford announced it was reviving the Bronco as an off-road capable Wrangler rival, it wasn’t just Jeep that was paying close attention. More recently Subaru has started launching Wilderness editions of some models, with the Outback and Forester the first models to get the package. Now, Honda has announced it is introducing a new trim level for its crossovers, SUVs and trucks. Meet the TrailSport.

What we’ve gathered from Honda indicates that the changes the TrailSport models benefit from will be relatively mild, at least at the start. Visually, they will sport reworked front and rear fascia, a boost in body cladding and bigger tires. Inside, count on orange interior elements here and there. 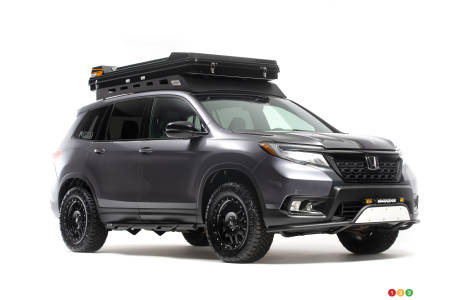 There’s no word on any performance-related changes, but Honda does say there will be more accessories and particularities down the road, for instance increased ground clearance, modified suspension and drivetrain elements, underbody panels and full-size spares.

There’s no confirmation from Honda about which will be the first model to get a TrailSport version, but it’s expected it will be the Passport. Honda promises that whichever model goes first will start to appear at dealers later this year, so pretty soon. We can also easily imagine the logical next choices will be the Ridgeline and Pilot, both of which are pretty close in their makeup to the Passport.