Sometimes, if you want to extend your reach, you've got to move beyond your roots. After years of serving an ever-shrinking cadre of sport-seeking premium compact crossover buyers with the agile-yet-small-inside first-generation QX50/EX35, INFINITI has expanded its horizons by completely redesigning its most affordable family hauler. The end result is a the 2019 INFINITI QX50, a vehicle that is far more in tune with what modern SUV shoppers are seeking, while leaving some, but not all of the spunk that defined its predecessor in the rearview mirror.

If you've heard anything about the 2019 edition of the QX50, chances are it was related to the startling new engine technology debuting alongside it. INFINITI has introduced something it calls 'variable compression,' which allows the turbocharged 2.0L 4-cylinder offered with the SUV to dynamically alter its compression ratio between 8:1 and 14:1.

Why does this matter? By matching the right compression ratio to driving demands, the QX50's engine is capable of bouncing back and forth between power-boosting and fuel-sipping configurations at a moment's notice. The entire process is handled in an entirely transparent fashion by a combination of electronic controls and mechanical components, to the point where it's impossible to detect from behind the wheel. INFINITI claims as much as a 30% fuel efficiency improvement over the previous model, with a 9.0L/100 km combined rating awaiting official certification.

On the roads slicing through Malibu's canyons and leading down to the Santa Monica beachfront, I never once noticed the QX50's compression trickery, but I definitely felt the full 268 ponies and 288 lb-ft of torque that it had to offer. Although that horsepower figure isn't exactly on par with what the older version's V6 was able to develop, by shifting torque production much lower in the power band INFINITI has kept the QX50's acceleration and passing capability right where it needs to be, especially when loaded down with five passengers. It's also worth noting that you won't find this much muscle under the hood of any of the INFINITI's German competitors, with only the Acura RDX topping the QX50's turbocharged mill.

Would that the 2019 INFINITI QX50's continuously-variable automatic transmission (CVT) also perform in a similarly impressive fashion. Although relatively innocuous with the vehicle set to 'Sport' mode, where throttle response is sharpened and a series of 'virtual' gear ratios are made available via paddle shifters, when cruising in 'Standard' mode the CVT lacks the kind of smoothness one would expect in a premium vehicle. This was particularly apparent when pulling away from a stop, and it had me pining for a more traditional torque-converter tranny. I have to believe it's simply an issue associated with software tuning, and trust that INFINITI can work out the details before the QX50 goes on sale.

As for handling, the SUV's all-wheel drive grip helped to keep things on the straight and narrow, but it's clear that the automaker is focusing more on comfort than corner carving with this latest iteration. This is especially true of the QX50's steer-by-wire system, which swaps road feel for a purely digital connection between the wheel and the front axles. It's not nearly as engaging to flog as the original EX, but then again, few family buyers are seeking track-ready performance in this class of vehicle.

All Grown Up Inside

By recognizing that fact, and building the new QX50 from the ground up accordingly, INFINITI has created by far the most broadly appealing version of the crossover to date. In addition to revised styling, more power, and better fuel economy, the QX50 also offers a level of interior lush that simply can't be sampled in the showroom of any other entry-luxury SUV builder.

Base Luxe models are nice enough, what with a significant boost in interior room for both passengers and cargo compared to the outgoing crossover, but move to the Essential trim's attractive leather trim and seats and you start to get a taste for what's possible with INFINITI's new outlook on the QX50's cabin. By the time you've popped for the Essential's plush packages (including a stunning white leather and Ultrasuede interior treatment), you'll have to regularly remind yourself that you're not piloting a full-size, megabucks machine but a vehicle with a much more manageable footprint.

INFINITI has also installed the ProPilot Assist feature (seen earlier with corporate sibling Nissan's new Leaf EV) in the QX50. Added on top of adaptive cruise control, blind spot monitoring, and lane departure warning, ProPilot takes advantage of the SUV's electronic steering system to allow for follow-along, stop and go driving in traffic. The system worked intermittently during my time with the QX50, occasionally shutting down during low-speed crawls, and isn't quite as intuitive to use as I would have liked, but it does show INFINITI pushing farther into the assisted driving space.

The Best QX Is This QX

The 2019 INFINITI QX50 proves that the Japanese brand isn't blind to the trends that have seen buyers move away from the 'sport' in the quest to find a 'comfort-utility' drive that will serve their daily needs. Pricing has yet to be released (the older generation QX started at just under $40k), but with the best interior in the bunch, an intriguing new drivetrain, and a strong sheet metal personality, the QX50 is now much easier to recommend to anyone seeking a cutting-edge luxury crossover. 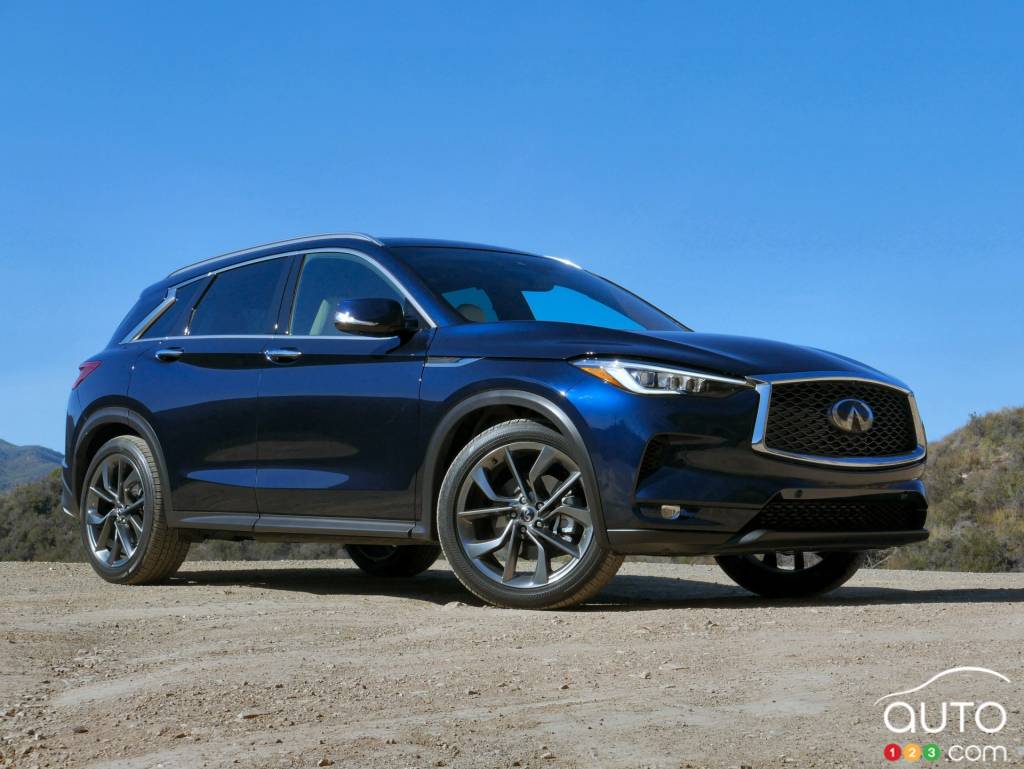 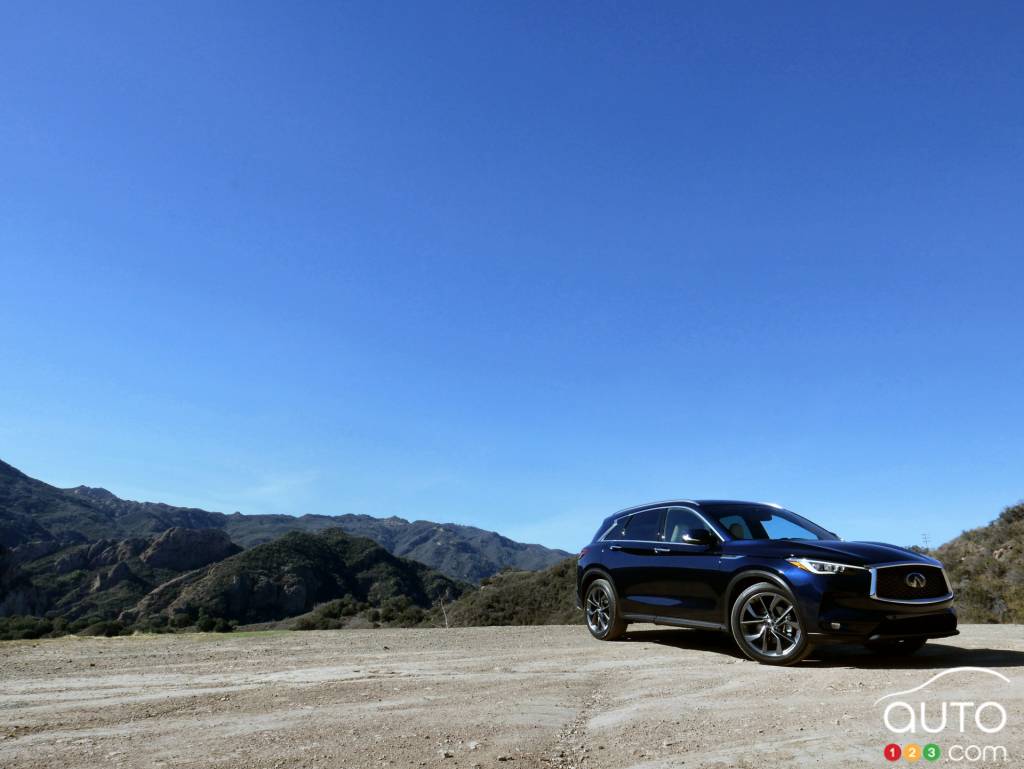 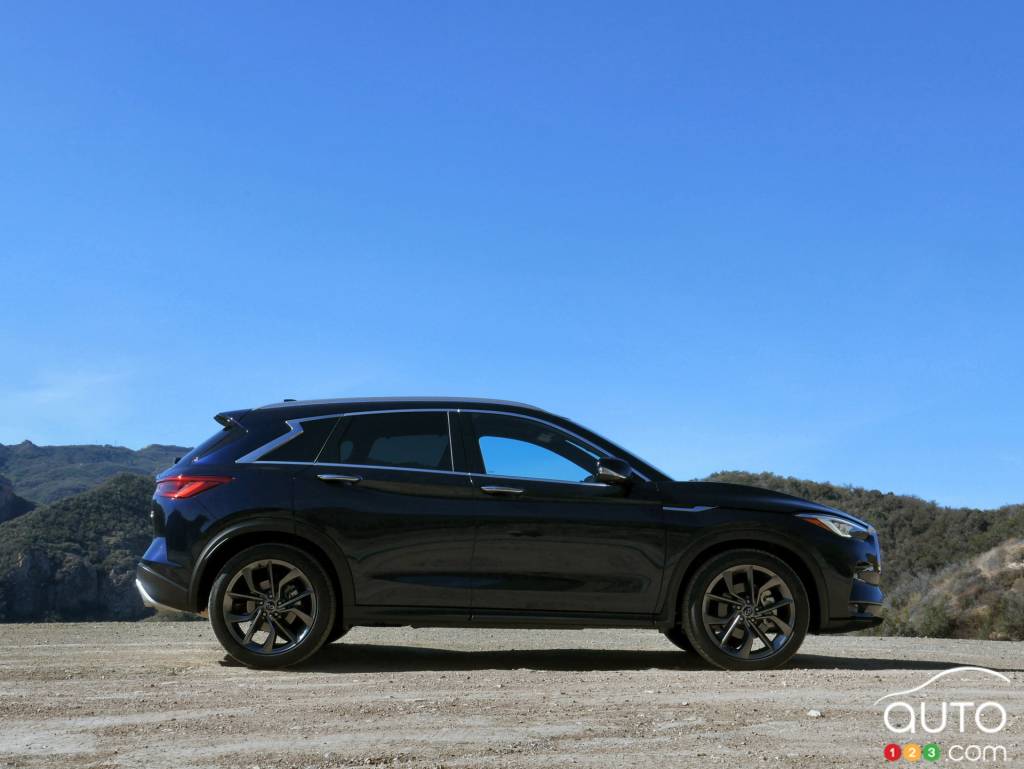 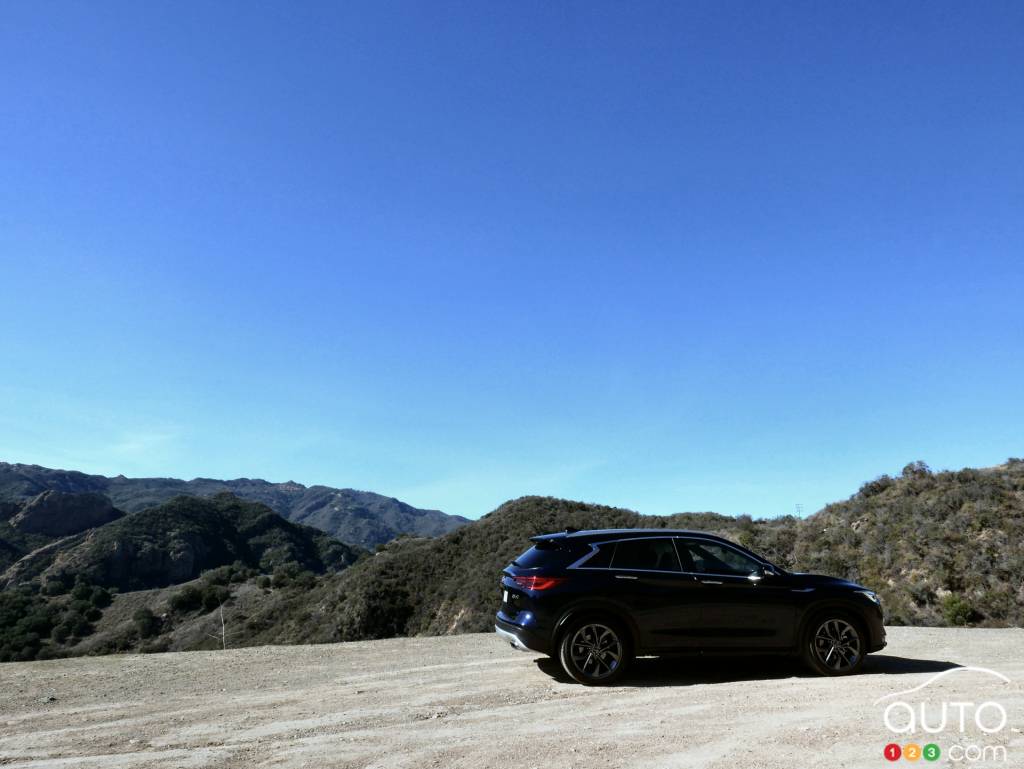 The all-new 2022 Infiniti QX55 sees the premium automaker take the plunge into the crossover coupe fray. Auto123 takes the magnifying lens to it ahead of our...