Auto123 reviews the 2019 Porsche Macan, a genuine sports car lurking within the shell of an admittedly sleek SUV

In just a few short years, the Porsche Macan has become one of the biggest stars of the Stuttgart-based automaker’s lineup. Not only does it sit at the top of the company’s model sales chart, but this little brother to the Cayenne is undeniable one of the most dynamic SUVs on the market today.

Keeping up with the Joneses
As await the transition of the model to an electrified powertrain – something that should happen as of 2022 – the 2019 Porsche Macan gets a few mid-cycle adjustments, which is par for the course these days, particularly for models as popular as this.

As before, the little crossover comes out of the box with a 2.0L 4-cylinder turbo engine delivering 248 hp and 273 lb-ft of torque. My tester was just such a base version, and it was a good occasion to determine if the tweaked new Macan is still as fun to drive as before.

New for 2019
A few moments to go over the changes Porsche has brought to its small SUV for 2019. Those changes don’t involve the vehicle’s silhouette, which stays the same – no surprise there. The front grille is also unchanged. What modifications there are on the outside are found at the extremities of the Macan, for instance the winglets on both edges are now equipped with LED daytime running lights, while the optical blocs have subtly updated visually.

The new Macan is most easily distinguishable from the old by looking at the back end. The position lights span the hatch from edge to edge, which has become a de rigueur styling element on virtually all recent Porsche models.

The inside
Those familiar with the small SUV will feel right at home, as most of the same components are back unchanged this year. There are some changes to the dashboard, particular in the centre where the new 10.9-inch touchscreen obliged the designers to reposition the central air vents underneath it. Those vents get a new design for 2019, which I know is nothing to write home about but, well, it’s new - so there. About that new screen: the graphics are exceptional, and navigating through the apps has been simplified for a more ergonomic experience.

For the rest, the interior of the 2019 Macan is identical to the model we first saw in 2015. Which explains the presence of all those buttons clustered around the gear lever; you won’t find those on recent Porsche models that now feature a touchpad in that spot.

Overall, the Macan offers an interior that fits what the needs and wants of its target audience, which consists of buyers looking to step up into the luxury small SUV category. So even though it shares its architecture with the Audi Q5, the Macan is not as luxurious as that model. That said, the quality of the materials and of construction is still of a high level. Frankly I would have been shocked to get any different from Porsche!

As for the comfort of the seating, while it is certainly firm, in both rows the easts are still welcoming enough to make for positive long road-trip experiences.

A 4-cylindres turbo… in a Macan?
When the Macan first hit the market, it was offered with a pair of turbocharged V6 engines. Since 2017, however, the automaker has expanded its roster of available models, so that now the 2.0L 4-cylinder turbo that’s found all over the place in the Volkswagen Group’s extended family of models has found a home within the Macan as well.

For 2019, the engine actually loses four horses compared to last year, when it made 252 hp, while torque remains unchanged at 273 lb-ft. There’s no denying this smaller engine is less expressive than either of the V6 units, but it’s worth keeping mind that it is pulling a more lightweight vehicle than the Audi Q5 with the same engine, for example. As a result, the Porsche Maan actually has more advantageous power/weight ratio than the Q5. And with the PDK dual-clutch transmission still doing great work alongside the 4-cylinder, the new Macan is no slouch in the driving dynamics department.

I did still experience that annoying delay on standing starts, which requires some adjusting on the part of the driver. Once in motion, however, the Porsche Macan is a charm to drive, especially if you switch the drive mode to Sport or Sport+ - though the latter is maybe a bit brutal for some situations, I must admit.

There are four drive modes to choose from in all, but these two transform this ordinary German crossover into a sports car. Gear changes come quickly, the mechanics are sharper overall, and the steering is just heavy and crisp enough to permit cornering at speed with confidence. Even better, the braking inspires total confidence, even though this base Macan doesn’t feature the larger brakes of models further up the trim ladder.

One of this Porsche’s most attractive features, in this age when saving on fuel counts for more than performance, is that this most frugal of the Macan models is able to maintain an average consumption varying between 10L and 11L/100 km without the driver having to make any particular efforts. Which means you can fully enjoy this little SUV’s driving dynamics and still get reasonable fuel economy.

The last word
One fly in the ointment when it comes to the 2019 Porsche Macan is the price required to obtain it. From the starting price of $55,500, it’s all too easy to increase the damage considerably via any number of options. Our tester, fitted of course with most of the possible add-ons, was priced retail at $73,900. At that price, buyers have some pretty enticing options available on the market from other brands.

That changes nothing regarding the many qualities of the Porsche Macan, of course. It’s an agile, sporty vehicle of great overall quality, it offers generous resale value and it’s actually not a gas guzzler by the standards of the category. If only Porsche’s engineers could get rid of that delay off the line, this Macan would be virtually irresistible. As it is, it’s pretty darn close. 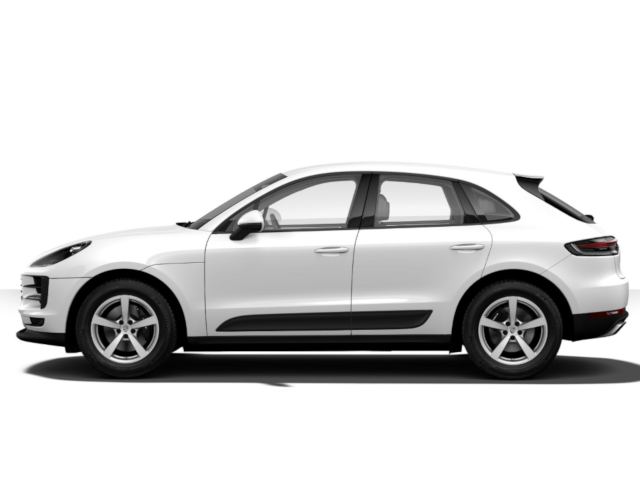 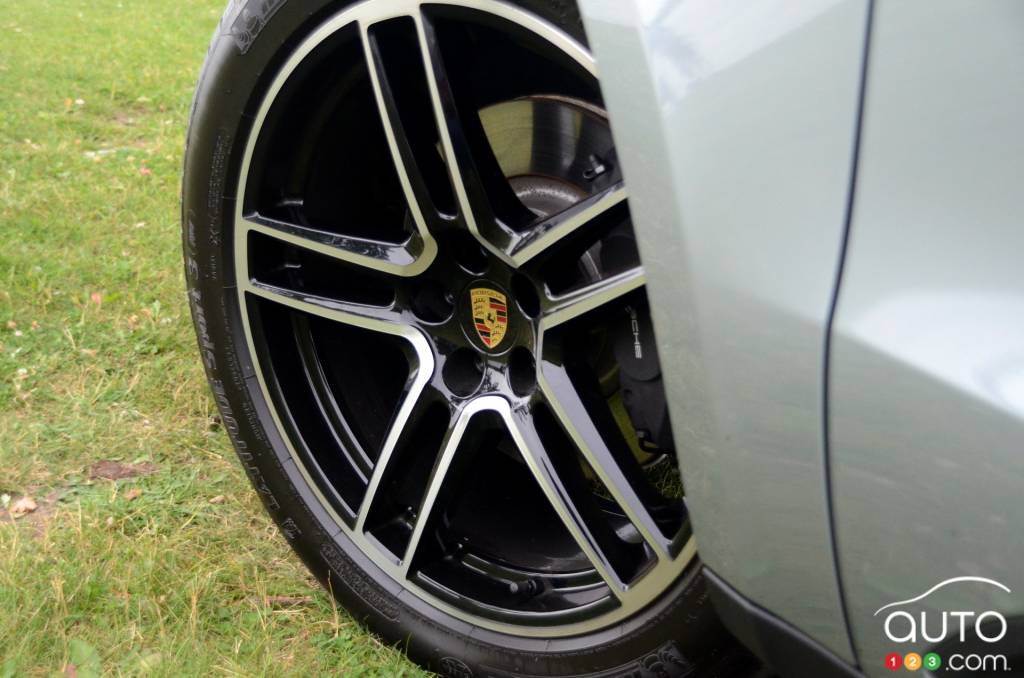 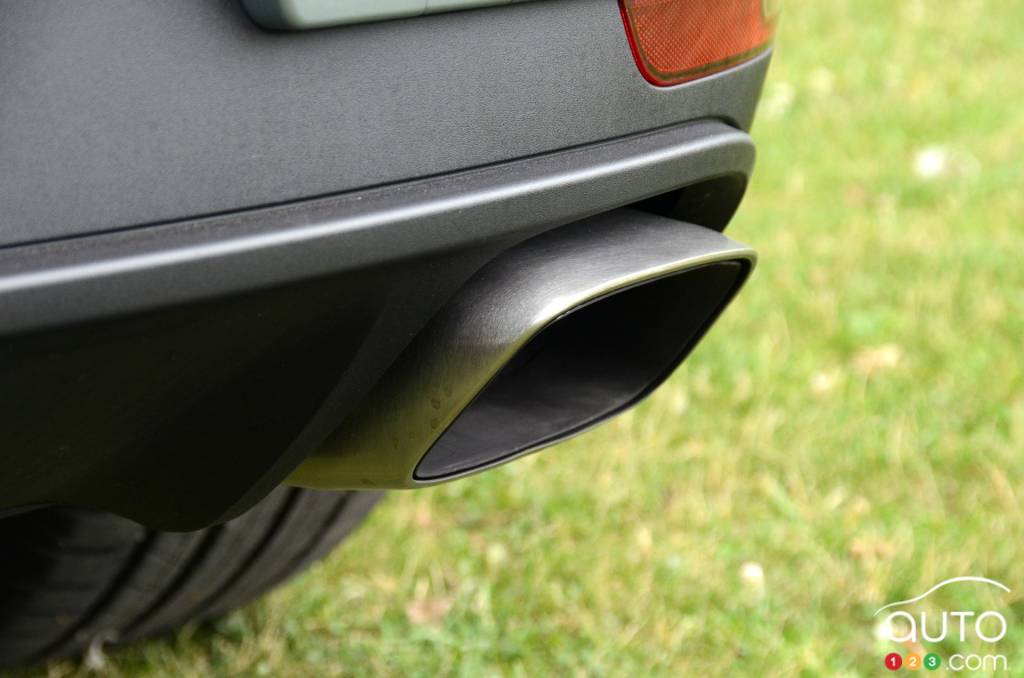 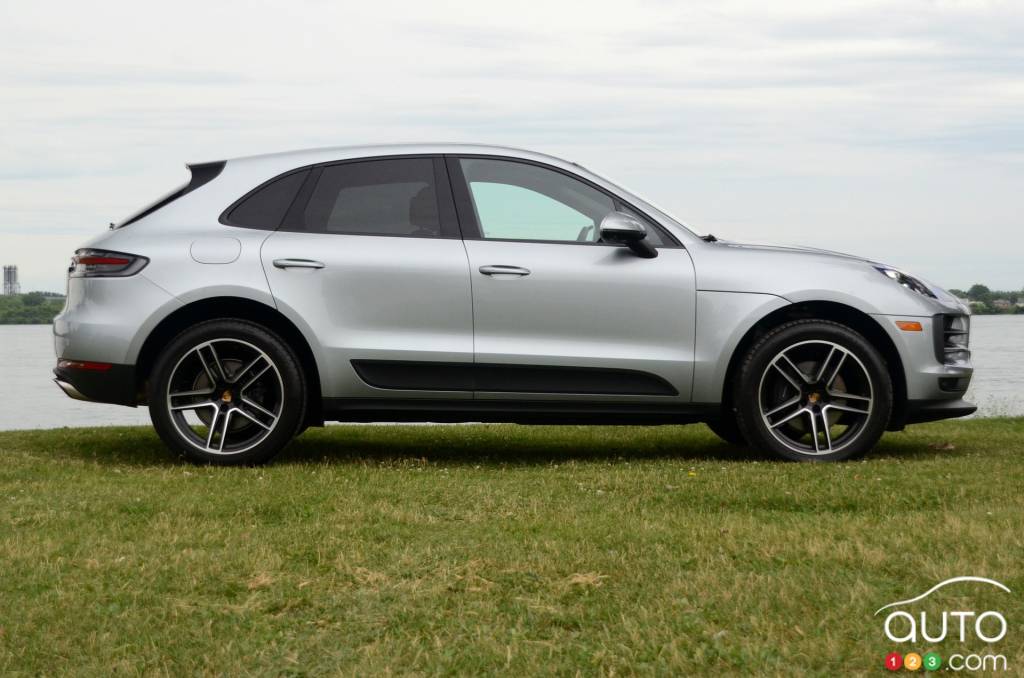 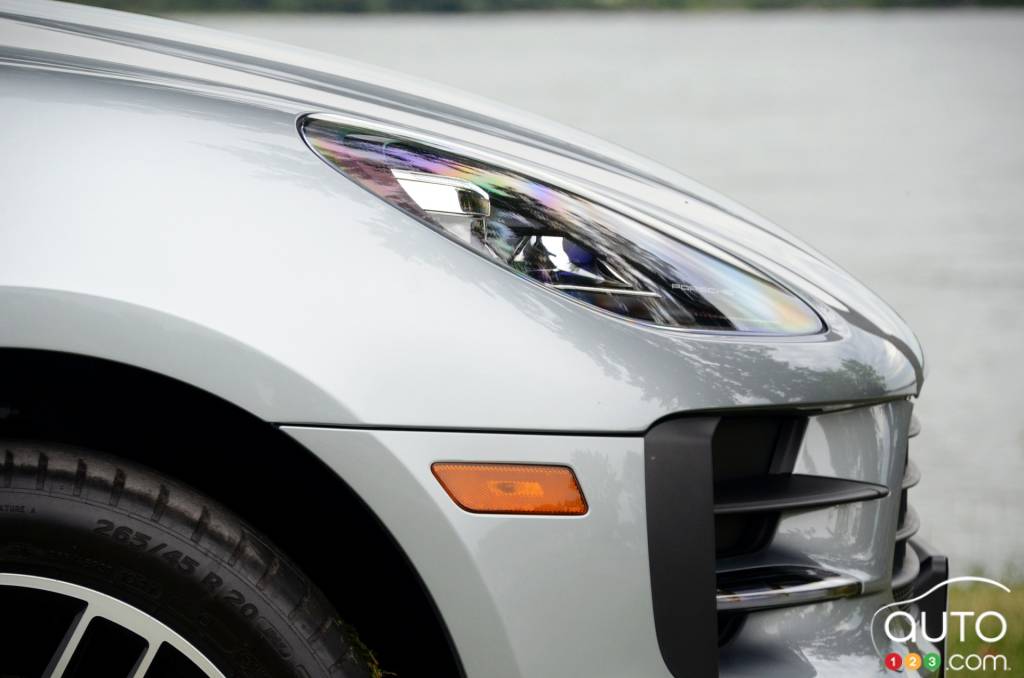