The Jaguar XF is an interesting case in that it exists in a small – and shrinking – segment that’s altogether dominated by the Germans. The midsize luxury sedan segment may not quite have the cache in North America as it once did, but it hasn’t stopped Jaguar from offering a very compelling entry.

It starts with the looks, which are very much complimented in this case by my tester’s very sexily-named “Rossello Red” paintwork – it’s burgundy in some lights, maroon in others and even a little purple-hued in others, all very attractive and high-class. It’s a car that turned heads everywhere I went, and I wasn’t expecting that. There are plenty of Jags that I would expect to do so – the F-Type and new I-PACE come to mind – but not necessarily the XF. It’s amazing what a colour can do, isn’t it?

Other neat styling features include the spectacular blacked-out 20-inch wheels wrapped in Pirelli Cinturato P7 tires that do well to match the blacked-out mesh grille and fender grilles. Somehow, even though it’s painted in a dark colour overall, these black features manage to stand out. As do the red brake calipers, of course. Holy cow, Jaguar knows how to design and colour a car. 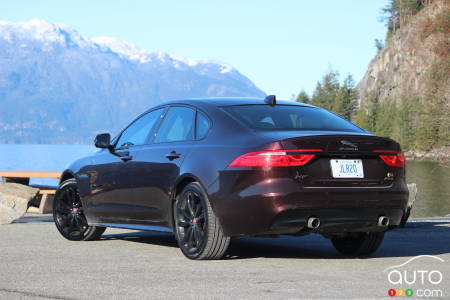 Inside, the environs do well to match the exterior – some may say that it’s a bit monochromatic what with all the black, but I think it’s properly handsome and tuxedo-like in nature, with enough splashes of chrome and wood – on the shift paddles, engine start-stop button and gear selector dial -- to draw the eye without being distracting. Meanwhile, the way the gear selector wheel telescopes out of the centre console on start-up and the way the vents only show themselves once you activate climate control never gets old, even though the XF has had both features since it replaced the S-Type back in ’07. Lovely.

The 10-inch widescreen infotainment – Touch Pro is standard on all XFs this year -- is also a nice piece, though it’s not quite as slick as what’s found in its Range Rover Velar cousin or in the I-PACE. Still, the interface it displays is mostly easy to navigate and far smoother than it was not two years ago.

As far as the driver’s seating position goes, I found it to be nicely supportive, but a little too canted back for my liking. No amount of tilting or lowering the 14-way power adjustable seat could quite to the trick. More of an issue with a whacky leg:arm length ratio – like I have – but worth mentioning. The back seats, meanwhile, are going to be tough for those sitting behind taller drivers who need to move their seat back, but they’re OK otherwise in the legroom department and nicely supportive as well as heated. That cool coupe-like swoopy roofline does make for a little less headroom, though. 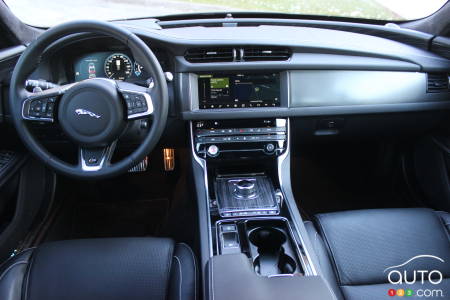 Being the S model, my tester was powered by a 3.0L supercharged V6, good for 380 hp and 332 lb-ft of torque, which you can say is amplified when you consider that the XF’s body is crafted almost entirely from aluminum, with all the weight savings that brings. The XF – even with AWD – weighs in at just 1,760 kg; that’s less than the BMW M550i, the Mercedes-Benz AMG E 53 sedan and the Audi A6 – a lot less.

The weight savings can really be felt, too; when I started my test, I couldn’t believe how quick it felt until I remembered the aluminum construction. This is a car that really comes off the line quick – a supercharger means no turbo lag -- especially if you’ve selected Dynamic Mode, done by scrolling though the drive-mode menu with one of two arrows mounted just below the gear selector dial. It’s no big deal, but other Jags and Land rovers require just a single button press for this; I wish the XF did, too, as it can be a little laggy, especially if you’ve just started up.

The other end of the drive mode selection has you in “Adaptive Surface Response” mode - snow and ice mode, basically - which features low-friction launch feature. Once AdSR is activated, the screen prompts you to activate this feature. Once done, the AWD system makes sure to send more power to the wheels with the most traction, and meters out the throttle to make sure you don’t spin the tires. 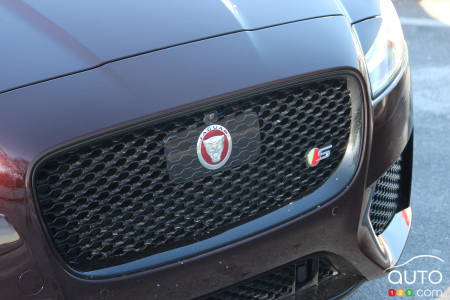 Whether you’re looking to accelerate when in gear on the highway for a pass or coming out of a turn on your favorite backroad, the XF is there with you, responding to your throttle inputs with gumption. With the XF, you seem to always have power on-tap. It helps that the 8-speed ZF auto is so good at keeping you in the meat of the power band. This is one of the finer examples of the traditional automatic seen on the market today; fast, snappy upshifts even without any dual-clutch technology, and it works well here, just as it does in the F-Type, the XE or any number of other Jaguar-Land Rover products.

Let’s not forget that other than during acceleration, the aluminum body has plenty more to give. It’s also quite stiff, meaning a good response in left-right-left transitions as the body weight gets tossed to and fro, and a more comfortable ride when around town. I’ve always loved the way the XF’s XJ bigger sibling rides, and I can confidently say that the XF does a mighty fine impression of that. It feels bigger and more comfortable around town, but smaller as the goings get more twisty. I like that. 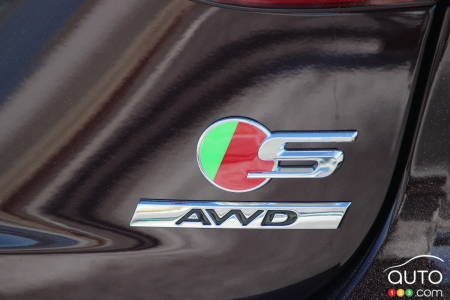 The body had better be able to keep up, since the XF responds quite nicely to steering inputs. There may not be quite as much feel here as there is in BMW’s M550i, but the trick is to not let that distract from the fact that it is a very responsive rack that gains some nice weight when you activate Dynamic.

The other end of the spectrum has you in ECO mode where the steering lightens up along with a less responsive throttle pedal, but it’s not so much that I ever felt like I could turn it the requisite amount with just an outstretched digit. Lincoln Town Car owners may want that, but if I’m buying a performance-oriented sedan such as this, I don’t think I do, even in the less-intense driving modes.

Indeed, that’s truly what the XF is. In the tradition of all those great Jag performance sedans of old, from the Mark II to the XJ6 and on, the 2019 XF is a performer. It’s quick without requiring too much effort, luxuriously-appointed and has the looks to set it apart from the competition. The midsize performance sedan may be struggling, but it’s not dead. Not on the XF’s watch. 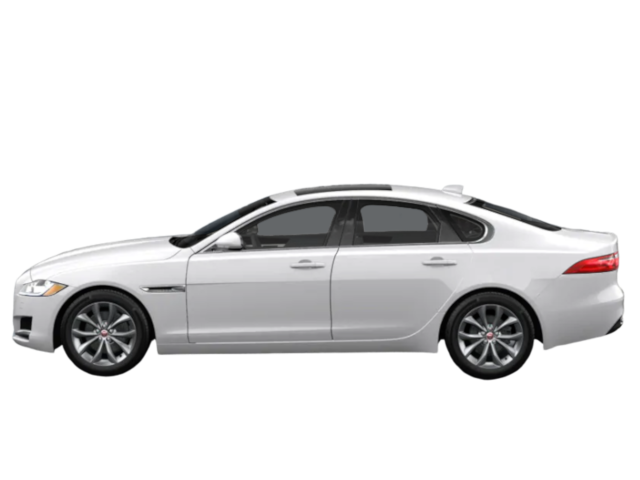 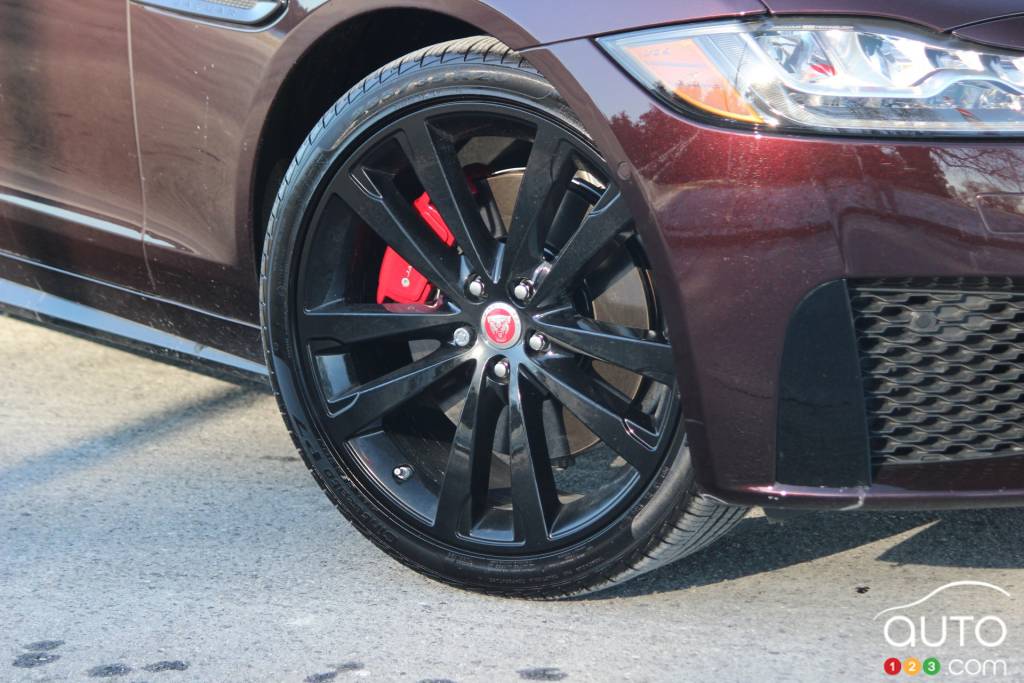 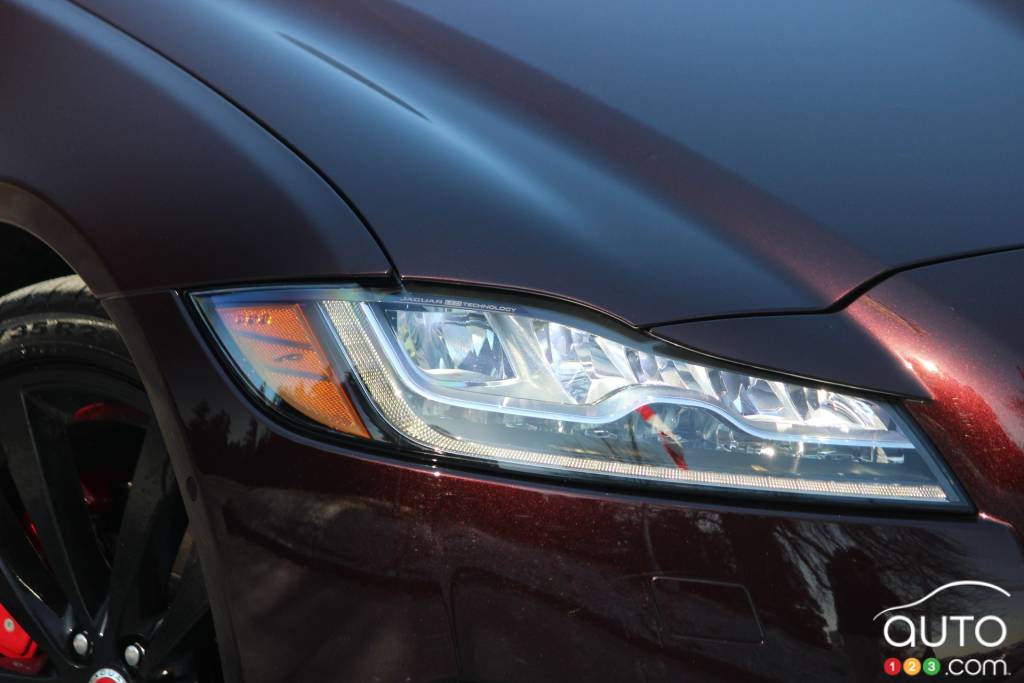 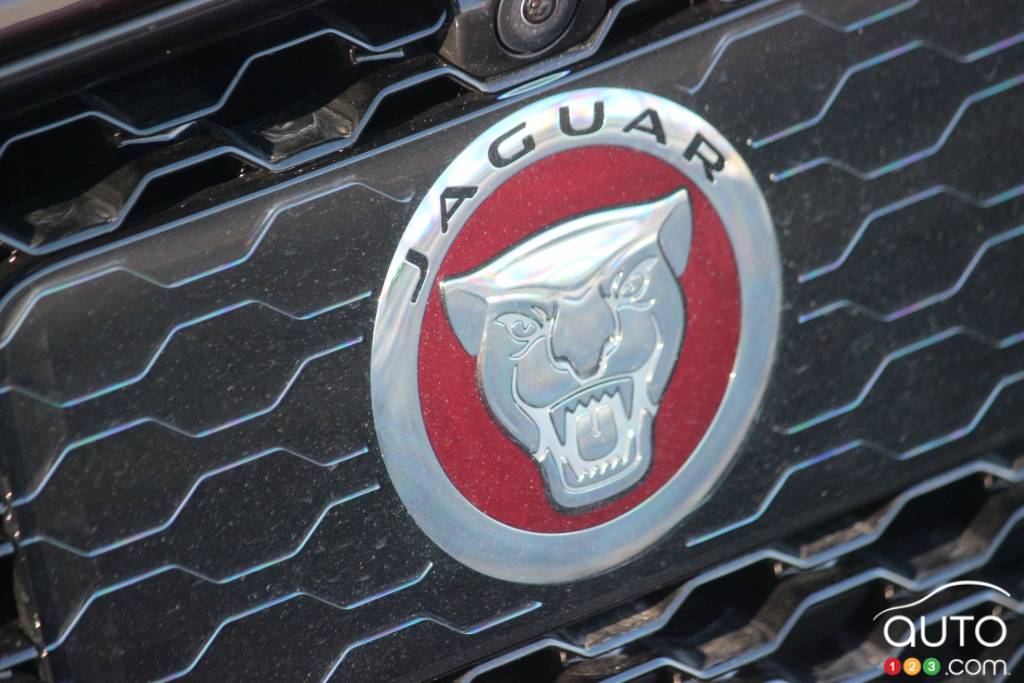 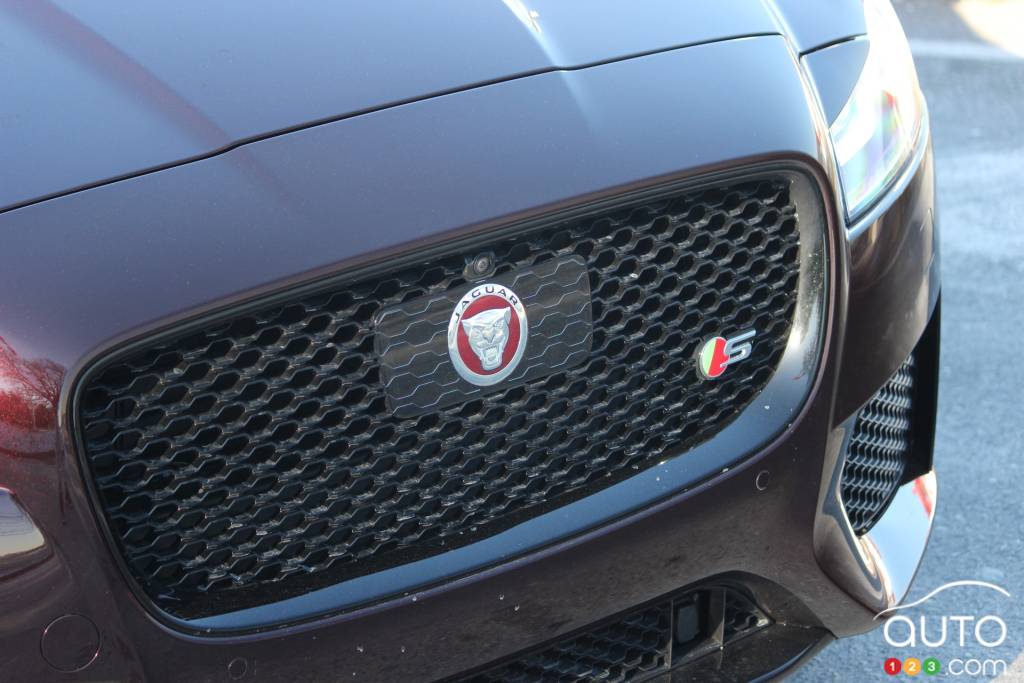