One of the first vehicles I ever tested – was lucky to have tested, indeed – was the Lexus IS F. Now, that V8-powered 8-speed-paddle-shifted monster may no longer be of this world (it’s been replaced by the GS F at the four-door level and the RC F at the two-door level), but the IS series still very much exists, as does “F” – just not in the same way.

You see, the car you see here is the IS 350, yes, but with an important caveat: it’s decked with the $3,850 F Sport Series 3 package. It provides sportier looks courtesy of special 18-inch wheels, front grille and aero package outside with special shift knob, seats and badging inside. Overall, the IS is an edgy but taut-looking thing with nice detailing, such as the hockey-stick LED DRLs and rocker panels that sweep up to meet the rear bumper line.

The biggest addition in terms of the packages is that of adaptive suspension. It’s one of the features that gets modified when you switch between drive modes (of which there are four: Normal, Eco, Sport and Sport+ - five if you include the Custom setting that allows drivers to mix and match settings) by spinning a wheel mounted just below the shifter. It’s easy to reach there, but make sure you don’t spin it thinking you’re going to be adjusting the infotainment system; that’s a job reserved for a joystick-like device just ahead of the armrest – but more on that later.

The special F Sport-specific seats are nice and encompassing, doing a good job of grabbing one’s hips without making it feel like they’re trying to squeeze their occupants out. They help contribute to a commanding driving position, while the high centre console ensures that all the controls are well within reach. For some reason, though it’s a little narrower than is the Genesis G70 – another car with a high centre console – I didn’t feel quite as restricted in the Lexus as I did in the Genesis. 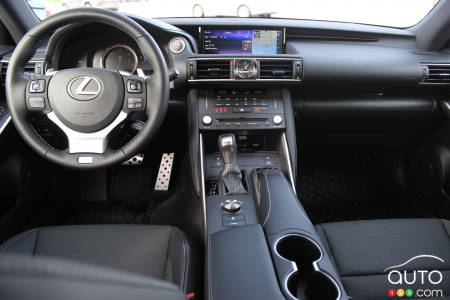 I’m less enamoured with the rear seats and the cabin storage areas on offer. The rear seats are more snug than most of the competition, so you’ll want to keep that in mind if you’re a family person and intend for the IS to be your only car. That’s not likely to be case for most IS buyers to be sure, but the space issue is worth knowing about anyway.

Storage-wise, there’s a bin below the centre armrest, which isn’t that big and is annoying to have to keep going back to if you need to store oft-used stuff there such as wallets or smartphones. Indeed, a bin below the centre stack would be ideal but alas, there isn’t one; instead, what you have is a big glassy-looking panel all decaled up with Mark Levinson, XM and Gracenote stickers – and that seems to be its only purpose. That, and to annoy me; I can’t tell you how many times I moved to stick my wallet there, only to have it rebuffed by the panel’s icy touch. Doesn’t help that it’s finished in black, so you can’t really see that it’s there out of the corner of your eye as you reach down to put something there without taking your eyes off the road ahead.

Below that is a panel that has the seat heating controls either side of it…and nothing in the middle other than a plastic no-man’s land. Couldn’t they have at least provided a small storage bin for change, or your keys? This is a push-button start, so now you’ve got to store sharp keys in your pocket along with your wallet.

Other than that, all you’ve got is the cupholders and those shouldn’t need to be wasted with a phone. Especially my iPhone 6 with a case; it wouldn’t fit anyway. There is a pretty significant lip below the infotainment screen, but storing stuff there would block the screen as it slides around unsafely.

OK. Back to the drive.

Adjusting that performance dial determines how responsive the 3.5L, 308 hp V6 is to throttle inputs and also modifies the timing of the 8-speed automatic transmission – your only choice by the way. Leave it in Sport mode, and the sub-4,000-lb IS 350 makes good use of its AWD system (the 350 is only available with AWD; the base 300 model can be had either with AWD or RWD) to get up and going quickly, but I wouldn’t necessarily call it “fast”, per se. Being a naturally-aspirated engine, though, there’s no turbo lag to worry about, just good mid-range grunt delivered in a wonderfully smooth manner.

The sound it makes while it’s at it is nice, too, giving the impression that you’ve got a proper performance-lite vehicle in your hands regardless of how fast you’re actually going. Which might be enough for some people. There are also a pair of paddle shifters that managed to return some pretty decent shift times, which I wasn’t totally expecting but welcomed with open arms – well, outstretched fingers, anyway. 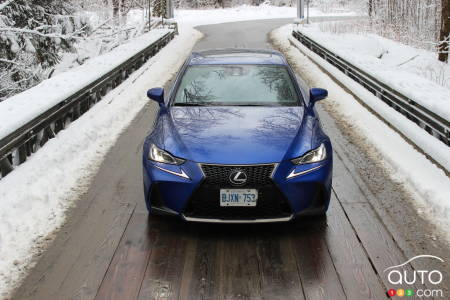 Speaking of in your hands: I found the steering to be nicely weighted no matter which drive mode you were in. That’s a nice departure from the usual, which has steering feeling much too light unless you’ve selected a sport-type mode, assuming your vehicle has one.

The nice, leather-wrapped wheel is your gateway to a front end that doesn’t quite match the likes of the BMW 3 Series or Mercedes C Class when it comes to responsiveness. It’s not that it’s bad, it just isn’t necessarily as sport sedan-like as some of the in-class competition, with the main culprit being a dose of understeer in longer sweepers thanks to that big-ish V6 lump sitting ahead of you. Get that mass rotated through, however, and the tail follows with gumption, the AWD grabbing hold and pulling you nicely out of turns.

As it good as it was in these situations, the real eye-opener for me was just how competent it was during a freak snowstorm. Grip through the Bridgestone Blizzaks was always there, and while you need to credit the tires for some of that, the way the power was metered to whichever axle needed it deserves some praise, too. Situations where I swore I’d be struggling were undertaken with nary a hint of wheelspin, the IS suddenly driving like a small crossover as opposed to a sports sedan.

This stands to reason as Lexus has a fair share of CUVs and SUVs in its lineup, but there’s no guarantee that any lessons learned there would filter down to here. It appears they have, and in a big way. Indeed, it got to the point where not only was it capable in the snow, it was downright fun to drive.

The steering may be on more of a grand-tourer level than a sports-sedan level, but darned if it doesn’t still make for a very involved drive, as the somewhat heavy front-end feel kind of gets neutralized by the adaptive suspension, able to change on-the-fly in response to what the car’s doing and what’s going on beneath your wheels. The big takeaway I had from the drive is one of solidity and predictability, two very important factors at this level. 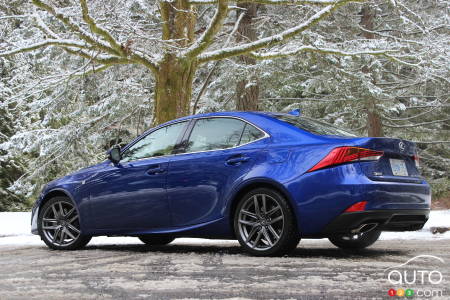 On the drive home from one of my favorite performance-car roads, meanwhile, I had the chance to experience that other important factor of the luxury segment, the ride. Drive mode set to normal, I was able to coast home (mostly) comfortably, the dampers relaxing their grip on the situation and swallowing most road imperfections up with ease.

It was also during this time that I re-acquainted myself with Lexus’ infotainment system – and quickly somewhat frustrated by it, just as I had previous. I mentioned the joystick earlier, and in practice, it makes sense to use a joystick to move a cursor around the main display. The thing is, the system is tuned to “snap” the cursor to whichever on-screen command it thinks you’re after, and often times it’s just plain wrong. I shouldn’t have to spend 20 – or even ten – seconds trying to select “source” on the screen. Not while I’m driving, not any time. It feels a bit old-school (as does the lack of a heads-up display, which so much of the IS’ competition is getting these days).

Luckily, Toyota/Lexus has finally got on the Apple CarPlay train and while this car doesn’t have it, maybe the next one will, or maybe Lexus will offer a retrofit of the tech, as some manufacturers are already doing. Hopefully, that will make everything that much easier.

Otherwise, the IS remains a plenty capable, well put-together and pretty good-looking little luxury sedan. It’s a segment that doesn’t have as much traction as it once did, but this is a very good effort nevertheless. Especially in the snow, and that cannot be discounted in Canada. 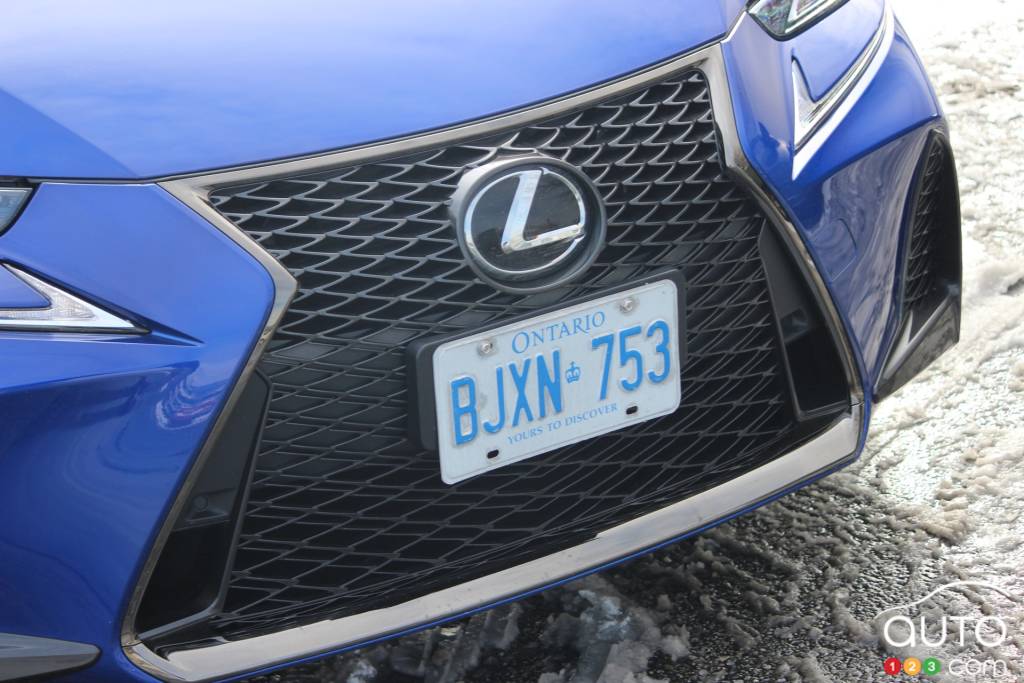 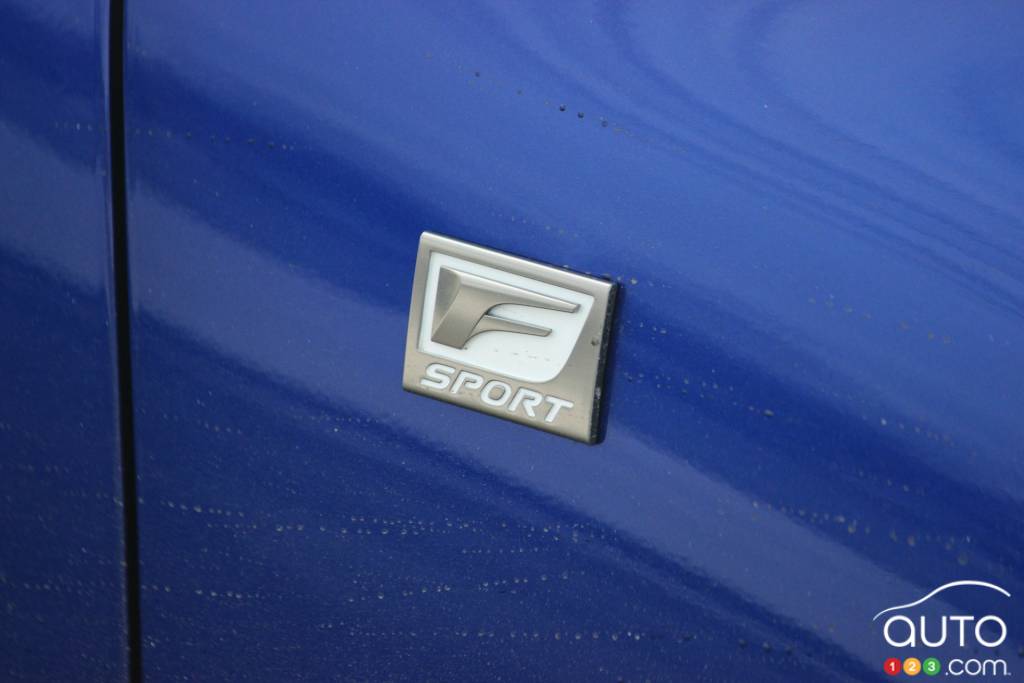 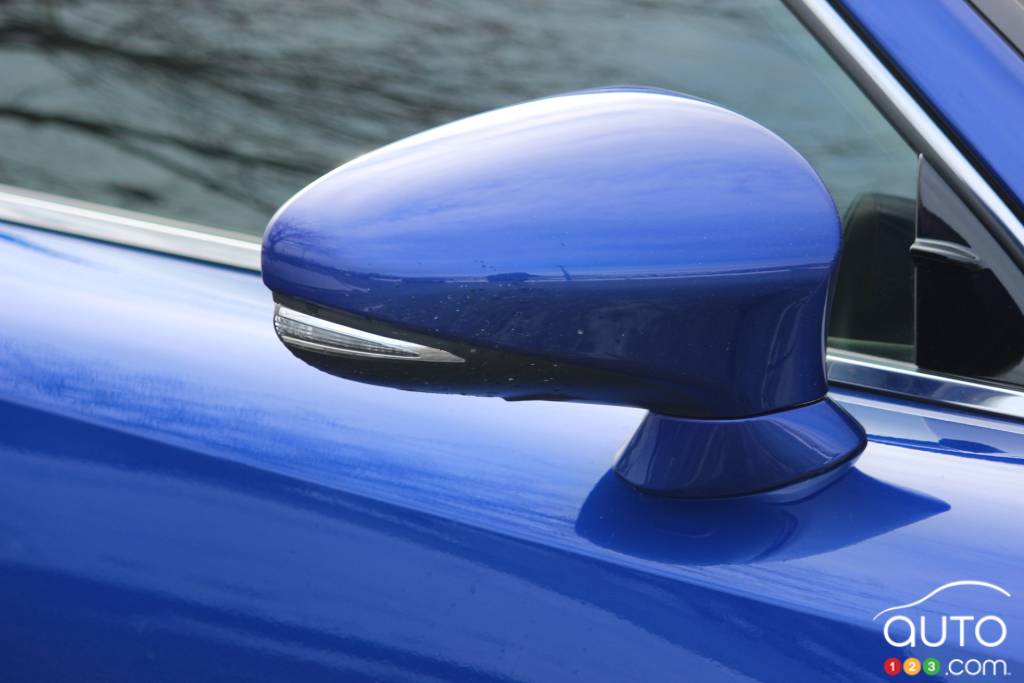 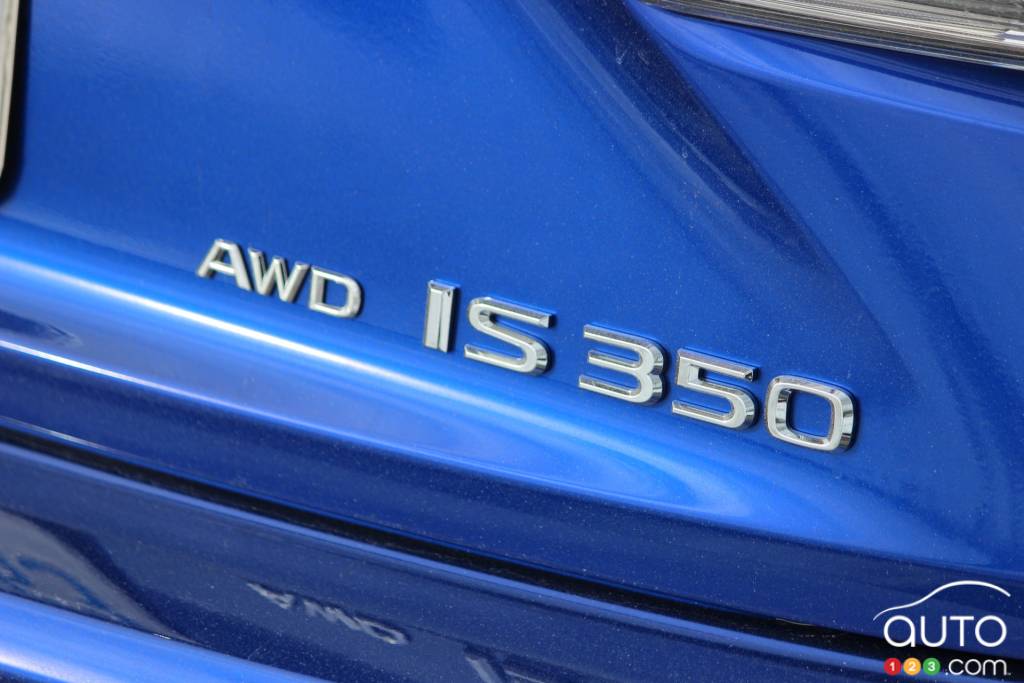 Photos:D.Heyman
Photos of the 2019 Lexus IS 350
See the complete Gallery