The completely redesigned 2019 RAM 1500 enters the market at a very interesting time for anyone currently shopping in the full-size truck segment. One year after Ford's do-over of the F-150, and just ahead of Chevrolet and GMC's re-launch of the Silverado and Sierra, the RAM finds each of its rivals about to catch up to its light-duty diesel party trick with turbodiesel engines of their own - not to mention stabs at cabin upgrades aimed at touching the high standard set by the previous-generation 1500.

Fortunately, FCA's engineers haven't been asleep at the wheel. The 2019 edition of the 1500 features not just a sumptuous interior, but one that's more useful and packed with next-generation tech its rivals simply can't match. Peek under the hood and you'll also find the eTorque mild hybrid system, making the RAM the first elec-truck in over a decade.

Or rather, you will once the latter becomes available. But more on that later. I traveled to Scottsdale, Arizona, for an early sample of what the all-new Ram has to offer, and came away convinced that the company is still leading the pickup pack.

A RAM For (Almost) Everyone

As with its rivals, there are a bewildering number of Ram 1500 editions headed to Canadian dealerships. Starting from the bottom and working your way to the top you'll find the Tradesman (starting MSRP $43,795), Bighorn, Sport (which is unique to Canada), Rebel, Laramie, Longhorn and Limited (starting MSRP $70,195). You can find full pricing for all trims right here.

These trims can be further broken down along body styles, with quad cab and larger crew cab models representing the first wave of RAMs arriving later this year, as well as 5-foot, 7-inch and 6-foot, 4-inch box lengths (with the latter referred to as the 'long-wheelbase'). You'll notice a distinct lack of single cabs in the mix - and if you're set on a simple, three-passenger truck with a bench seat, you'll have to wait, because they won't be built until after the more profitable four-door trucks have made their way into the world.

Big and Beautiful Inside

The 2019 RAM 1500 is still instantly recognizable as compared to its predecessor, but the automaker's decision to streamline its styling - and largely eliminate the big X grille motif (still available on the off-road focused Rebel) - plays well in an era where chunky trucks have proliferated across all brands.

Imposing, and simply massive in every dimension, the new RAM's cabin is four inches longer than it was the year before, which translates into even more room for riders at all four positions. Already one of the most spacious pickups available, the 1500 amps up its interior storage, too, with nearly 40 litres available inside its center console, plus another 40 litres hiding underneath the back bench. The RamBox remains available as well, transforming the cargo bed's fender linings into a pair of twin lockable storage bins.

Just as impressive as the ability to stretch out and dump all your gear inside the RAM is the attention to detail with which its higher trim levels have been assembled. Both the Longhorn and Limited continue to dazzle in terms of leather, build quality and feature set, with fine touches and details joined by niceties such as heated and cooled seats, ample USB and USB-C ports, wireless charging for mobile devices, and in the case of the Longhorn an actual hand-applied, fire-branded logo on the dashboard's wood trim.

Also noteworthy is the availability of FCA's next-generation Uconnect infotainment system, a 12-inch, taller-than-wide touchscreen that joins the older 8.4-inch unit on the options sheet (and which is standard on higher trims). It's an ambitious effort, one that includes not just the ability to drag-and-drop icons to an always-visible home row at the bottom of the unit but also an integrated satellite radio application that maintains a lock on the music mothership via a data link even when the satellite is blocked by buildings or a tunnel.

It's a bit intimidating to use at first, give how much on-screen real estate there is to parse, but I found the system to be less confusing than similarly-large displays from Volvo, with a menu structure that is more intuitive and, most importantly, font sizes that didn't make me squint while driving.

Out on the road, the 2019 RAM 1500's personality is best described as 'buttoned-down.' The enormous truck rides on your choice of either coil or air springs, giving it a comfort-oriented personality that can't be replicated by either Ford or GM, and it's also quieter inside at highway speeds as compared to the previous model. Truth be told, this pickup is a mile-eater par excellence, devouring tarmac with ease and, on the highway at least, letting you occasionally forget that you're at the helm of something as large as your living room.

Once the pavement disappeared, the RAM 1500 Rebel made short work of the deep sandy, rutted desert wash, and occasional hill climbs I was offered to prove the vehicle's off-road mettle. A 4x4 Off-Road package is available with the pickup to grant you must-haves such as a locking rear differential, stiffer Bilstein shocks, and a hill descent control system to go with the pickup's low-range four-wheel drive as well.

Missing from the test drive was RAM's new eTorque line of motors, which marry a 48-volt, battery-powered electric motor to both the V8 and V6 in a bid to reduce start-up times using the automatic engine start/stop system that comes standard with eTorque models. The e-motor also allows for limited boost off of the line by adding extra lb-ft to the mix, although RAM stresses that it's not a cumulative effect - you won't push past 410 lb-ft no matter what you do with your right foot. Finally, eTorque also promises an as-yet undetermined improvement in fuel efficiency when it eventually goes on sale later in the year (fuel consumption figures have yet to be released for any version of the 1500).

What about EcoDiesel, you might ask? I brought that up myself, but couldn't get any confirmation as to whether that drivetrain would be returning for 2019.

Worthy of Your Attention

The 2019 RAM 1500 remains a very impressive option for anyone seeking a full-size truck. With luxury models like Limited offering the best-appointed cabin you'll encounter from the Detroit 3, and all versions delivering startling interior space and storage, the RAM is both comfortable and practical in ways its competitors aren't.

The new Uconnect system is a bold statement in the tech department, too - and, in theory, so is eTorque, although until it's ready for prime time I can't comment either way on how much of an improvement it will be over the existing V6 and V8 engine lineup. It's true that with no eTorque available, and EcoDiesel a question mark, the 1500's engine options current feel a bit shallow compared to Ford, GMC, and Chevrolet, but seen as a whole RAM makes a compelling choice for your go-anywhere, do-anything rig dollars. 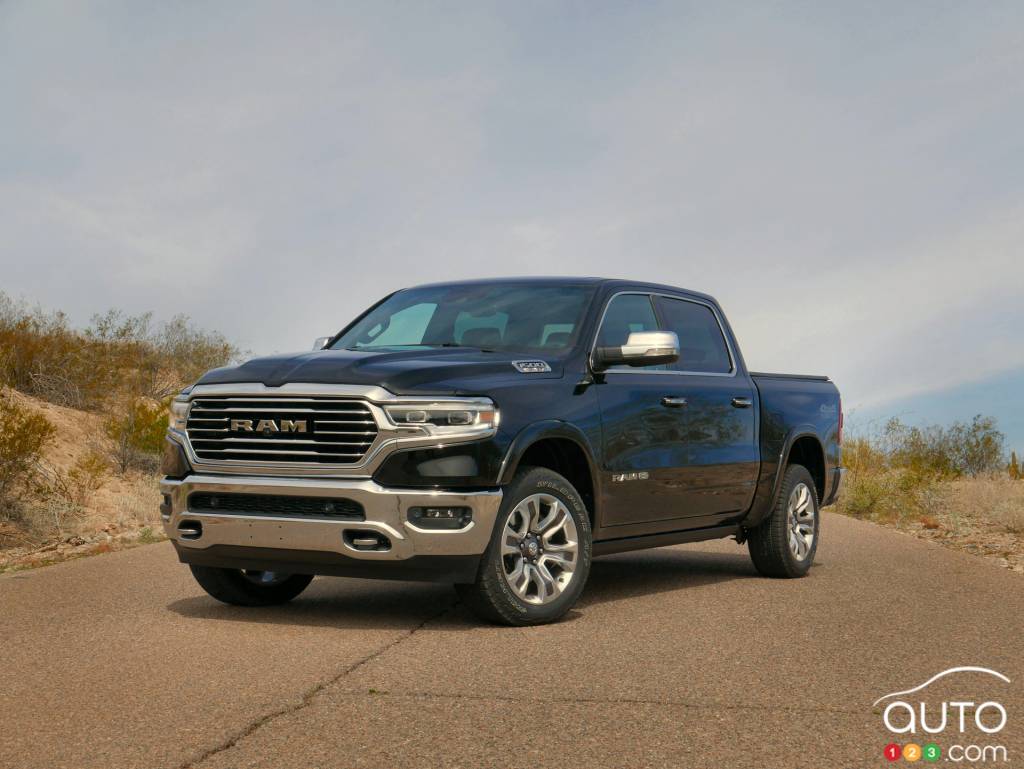 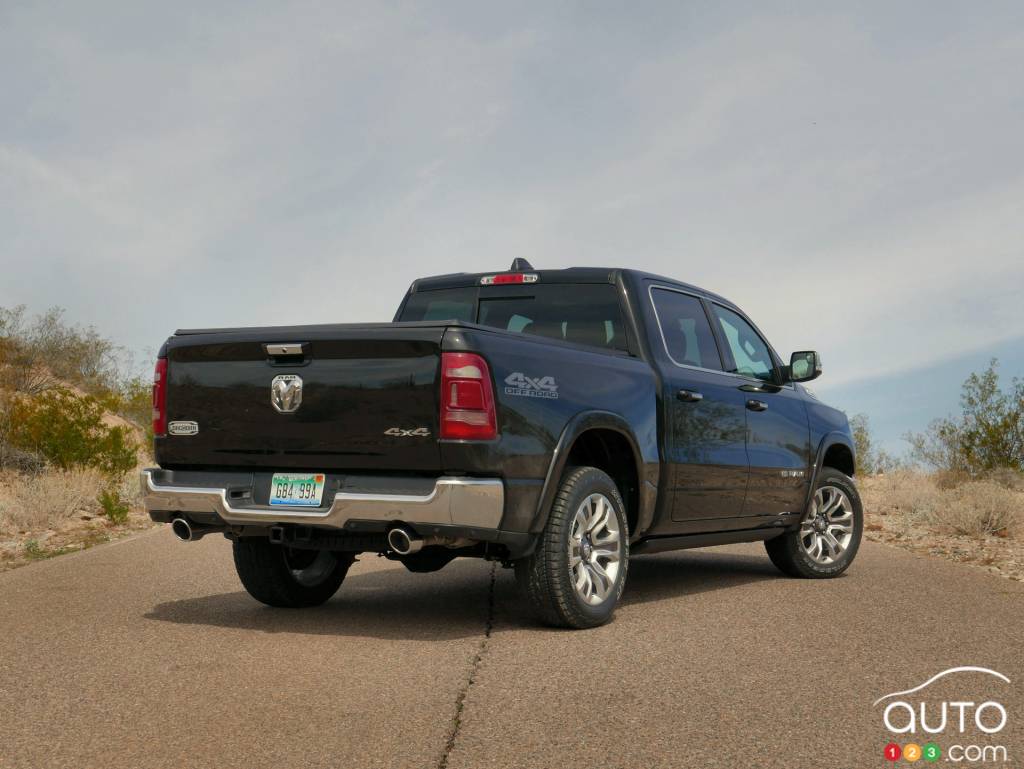 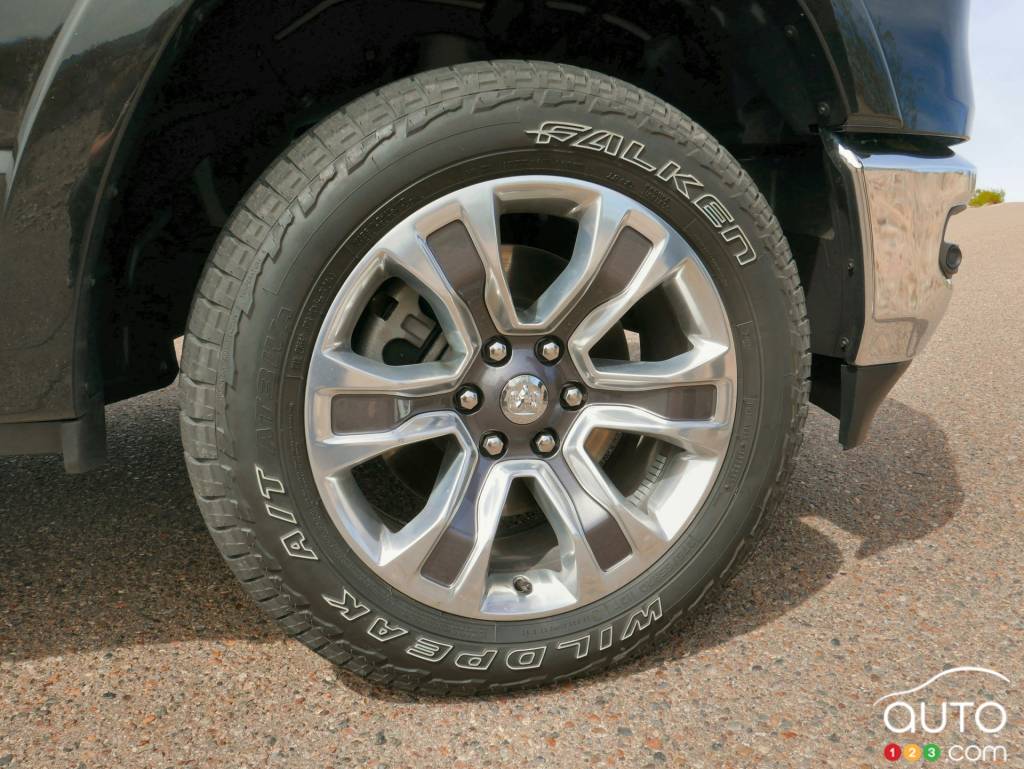 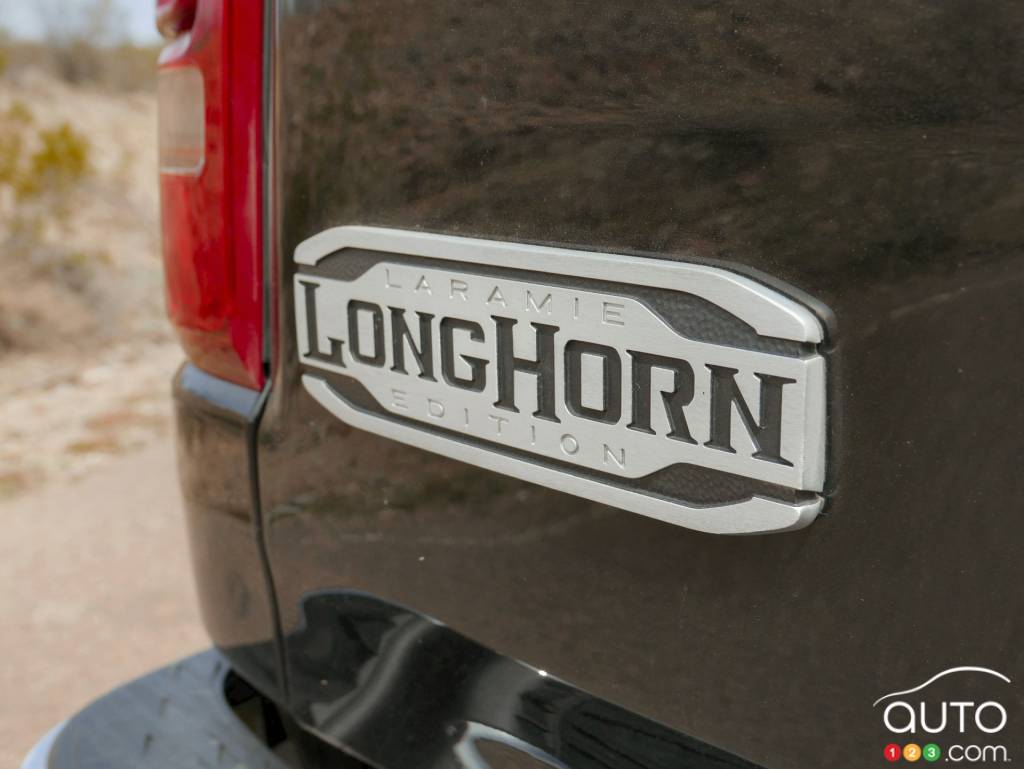 Entrepreneurs and companies needing a utilitarian workhorse will be rejoicing at the launch of the all-new 2019 RAM 1500 Tradesman pickup at The Work Truck S...