The enormously popular Toyota RAV4 was made brand-spanking-new for 2019, which is a little out of the ordinary for a model that currently outsells all others in North America outside of the American Big Three’s full-size pickups.

Our review of the 2019 Toyota RAV4 regular edition

Our review of the 2019 Toyota RAV4 Trail edition

The usual procedure for a such a hot seller is to leave well enough alone and just rake in the profits, thank you very much. Toyota decided to do things a little differently in this case, and strike while the iron is hot. The new edition has been with us for several months now, and it’s been a massive hit.

As with the last-generation RAV4, Toyota is also offering up a hybrid variant, and we decided to put that version to the test to determine if the 2019 model is an improvement. This is a relevant exercise because, while Toyota was an early pioneer in the field of hybrid powertrains, its technology has advanced too timidly in the past two decades.

Let’s see if the new RAV4 Hybrid really is new and improved, or more of the same.

Specifications of the 2019 Toyota RAV4 Hybrid 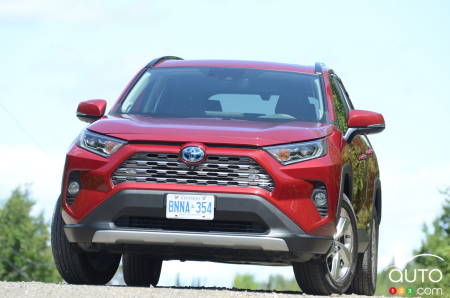 The exterior
The esthetics of a vehicle count for a lot when it comes to the success or failure of a model… except, arguably, in the case of Toyota. The last RAV4, if we’re being brutally honest, was never going to win any beauty contests. And yet, there it was at the top of the sales charts.

The new edition actually takes a decent step forward in terms of its appearance. Beauty is in the eye of the beholder, of course, but to this pair of eyes the SUV is much more of a looker. You might even say it has some character.

In the case of the hybrid variant, discretion is the keyword. There are a few identifiers here and there, along with the traditional Toyota logo with dark blue background, but the point is not to scream its hybrid nature from the treetops.

The interior
Once aboard, the interior environment is well-put-together, a place of high-quality materials and finishing. The ergonomics are faultless, though some of the commands on the steering wheels require a certain nimble adroitness to be used. This is sharp contrast with the big knobs via which you can set the temperature of the climate control system. 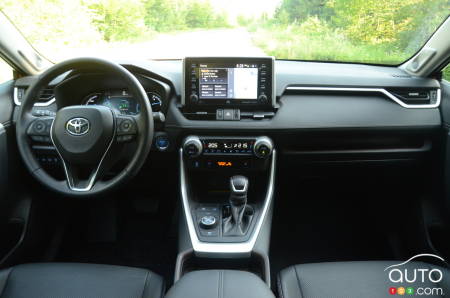 As for the 7-inch touchscreen, it includes all the commands you want, even compatibility with Apple CarPlay. The touch part of the screen can be irritating on occasion, but that’s a universal problem in the industry. At least here, the driver can access the main menus thanks to buttons that flank the screen.

The seats are properly comfortable, but don’t expect to be enveloped by them or anything. These are seats made to accommodate all sizes. In back, legroom and headroom for rear-seat passengers are excellent, and you get 1,976 litres of cargo space when those seats are folded down. Take note you don’t get a fully flat floor in that case, however.

As for equipment, as is usually the case, our RAV4 Limited Hybrid tester was loaded to the hilt with everything you could possible think of that you might want, down to the heated rear seats.

To get to this trim, you climb up past the LE, XLE and XSE versions of the model. The first two of these can be had with front-wheel drive. The hybrid model is by default in a four-wheel-drive configuration. 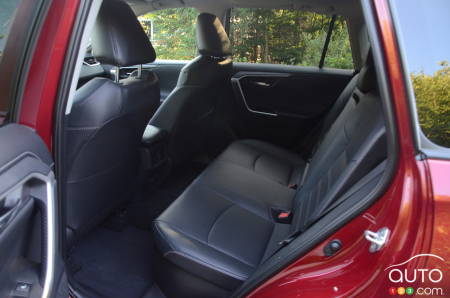 About that base version: it does come with all the basic equipment you would expect or hope to get, for instance heated front seat, keyless entry and roof rails. What’s more, all RAV4 models – hybrid or not – get the Toyota Safety Sense 2.0 suite of safety systems. This encompasses functions like a pre-collision system with pedestrian/cyclist detection, automatic high beams and adaptive cruise control, as well as lane departure warning with lane keep assist, in which the steering wheel works to get you back where you belong in your lane.

The hybrid approach
The previous generation of the RAV4 was on the market between 2013 and 2018, inclusively, with Toyota adding a hybrid version to the lineup in 2016. As it happens I attended the launch of that version in Ottawa, and the impression I came away with from that first encounter was that it was an edition Toyota made for the optics of it, nothing more.

Yes, the model was efficient and the system worked well and all, but the fuel consumption figures weren’t exactly extraordinary at 6.9L/100 km and 7.8L/100 km (city/highway). Not exactly an irresistible sales pitch to customers who would be asked to shell out extra dollars for the hybrid version. 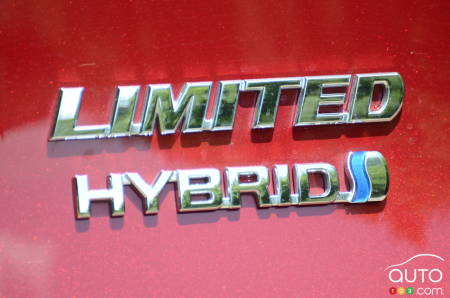 This made it all the more interesting for us to see what Toyota had in store for us with this new 2019 Hybrid. On paper, the configuration is the same, based on a 2.5L 4-cylinder Atkinson Cycle engine working in conjunction with elevated-torque electric motors/generators and with a CVT (continuously variable transmission). Toyota calls this the second-generation hybrid powertrain, and promises improved fuel efficiency.

That’s a substantial improvement, and I was happy to see that our results were even better. I racked up 700 km on the RAV4 Hybrid, about 85% of that on the highway, and returned it after my week with a total of 5.8L/100 km. When driving in the city, my average hovered around 5.4L/100 km. These numbers approach those of the Prius from the same manufacturer.

No question, the fuel savings are notable with the hybrid version. Even better, the extra cost for a comparably equipped Hybrid compared to the regular version is only $1,400. It won’t take new owners very long to recoup that cost in fuel savings. 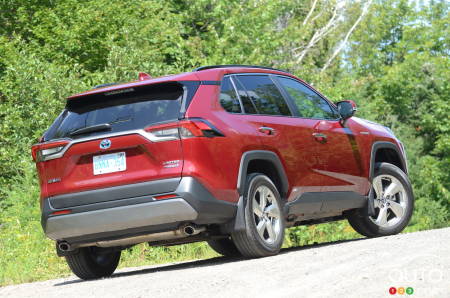 An improved player, but still no elite athlete
At the wheel, it’s evident that progress has been made with the new generation, which sits on the company’s new TNGA (Toyota New Global Architecture) platform that allows for greater structural rigidity.

The result of that is less boredom for drivers of the RAV4. The drive is not all that dynamic, but overall it’s very solid. The response of the front end is prompt, the ride is exceedingly smooth and the feeling of safety, constant.

A sure value, like we expect from our Toyotas, in other words. 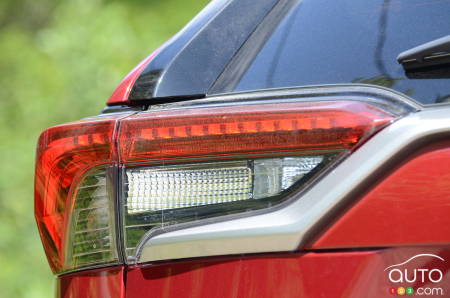 Conclusion
Where the last hybrid iteration of the RAV4 left us cold, this new edition is a very different story. Toyota has finally taken some major steps forward with its hybrid technology, even if it took them long enough to take them. Like 10 years or so.

Oh well, better late than never. The 2019 Toyota RAV4 Hybrid is worth a very close look, and of course there’s that legendary reliability of products with the Toyota logo attached.

This is not a product that should cause you a lot of hesitation, if you’re open to the brand.

Aseptic driving experience
Some steering-wheel commands frustrating for bigger-fingered users
For when the plug-in hybrid variant? 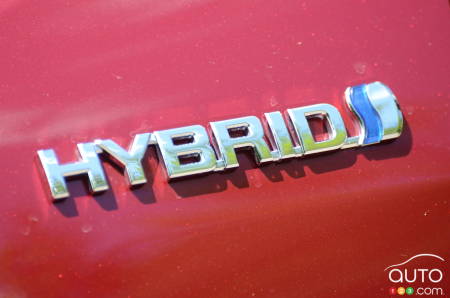 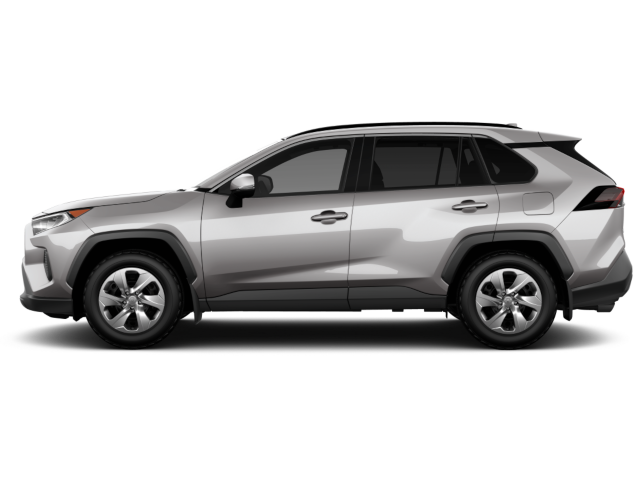 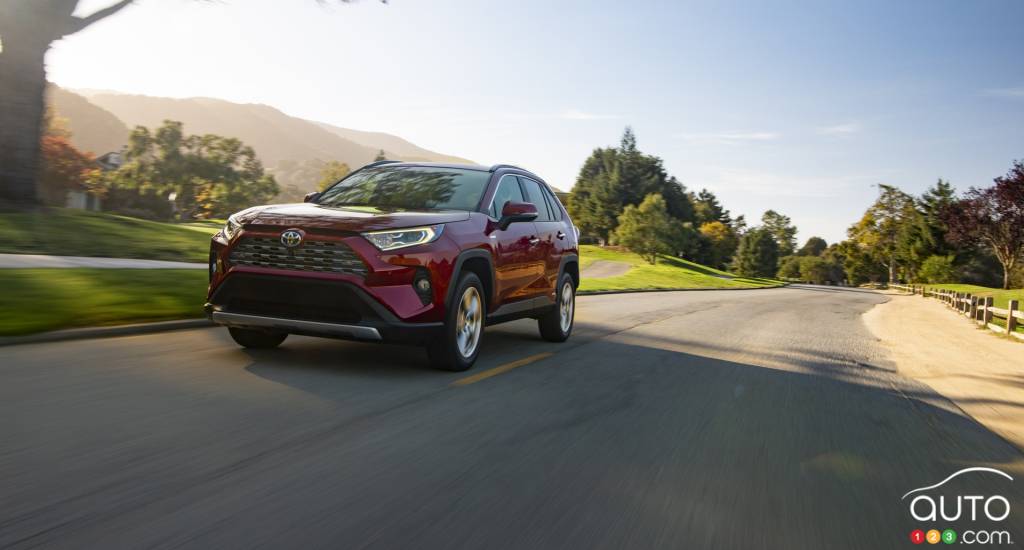 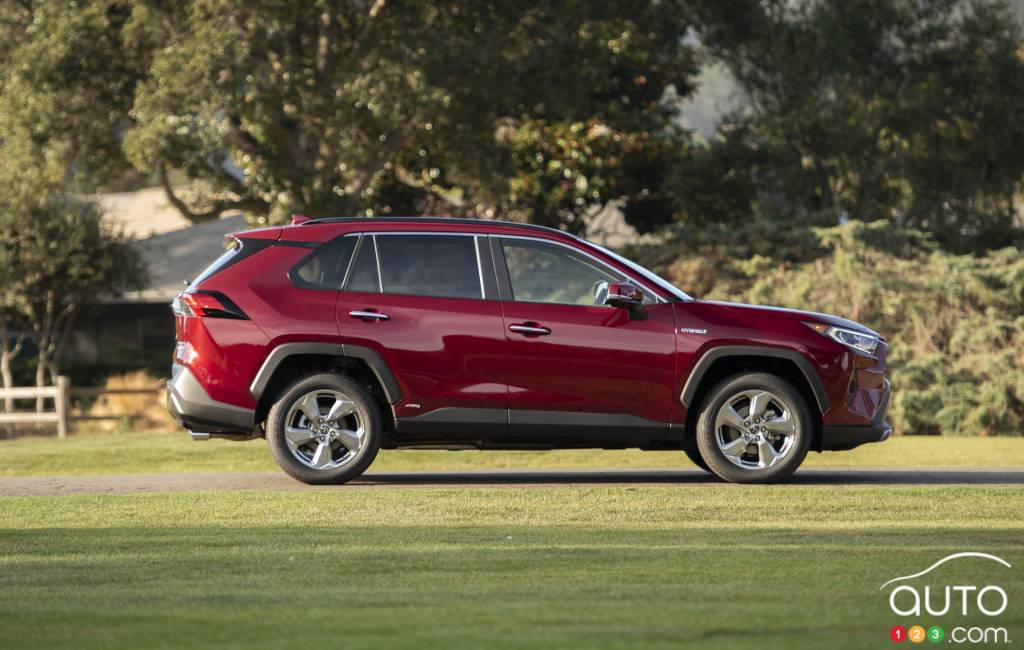 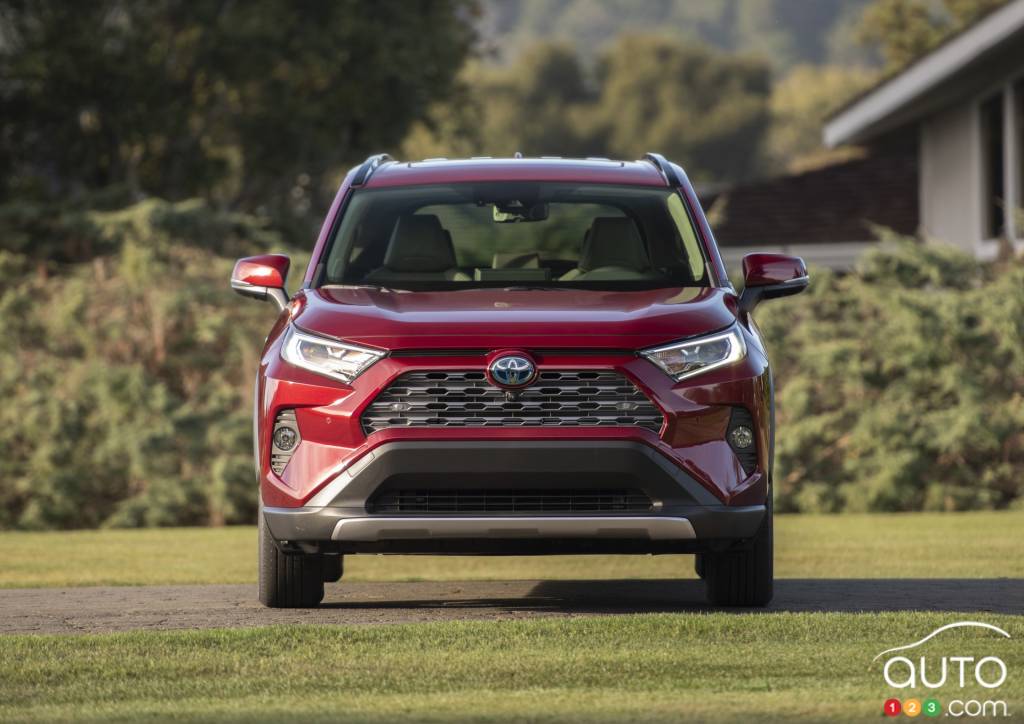 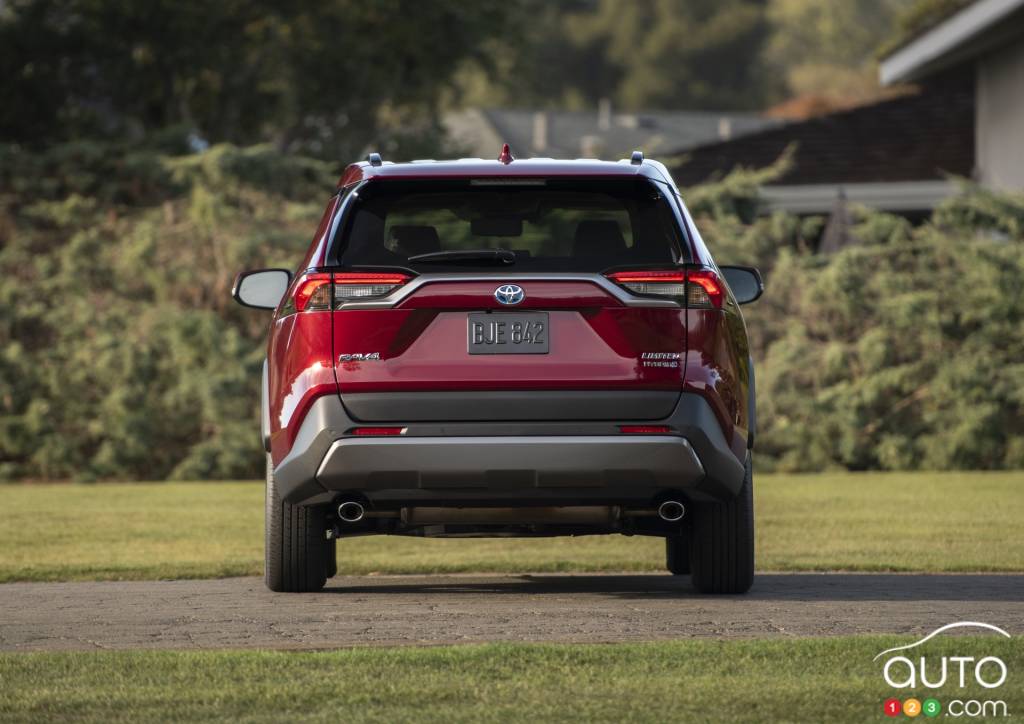