Last winter, in the chilly month of February, Swedish automaker Volvo invited a gaggle of automotive journalists to visit Sweden, more specifically the region of Luleå near the Baltic Sea, for a first encounter with some variants of its new V60 wagon. One of them was the relatively affordable Cross Country version. But this event was just a quick first bite, held in wintertime on icy roads at temperatures well below -20 Celsius. This time, I was getting my hands on the V60 CC for much longer and on our own roads… during much better weather!

The V60 Cross Country is not an SUV but a wagon. It’s a format that has fallen pretty heavily out of fashion in the U.S., but it continues to acquit itself relatively well here in Canada. Another thing the Cross Country isn’t, is new. We previously knew it as the V70 wagon. This time Volvo presents it anew but based on the V60, which is already well-implanted on the Canadian market. The Cross Country thus sits in the automaker’s lineup between the regular V60 wagon and the already-popular XC60 SUV. One look is enough to make it clear that Volvo is kind of sort of taking aim at the Subaru Outback, but in somewhat more elaborate – and expensive – form.

A global technical approach
The Cross Country’s higher stance in comparison with the regular V60 comes from the choice of springs and more-rugged suspension parts, which elevate the car by 6 cm (or 2.4 inches). At the same time, this new V60 variant gets bigger articulation for the suspension, even as the ground clearance is nearly identical to that of the XC60 SUV with which it shares the company’s Scalable Product Architecture platform. 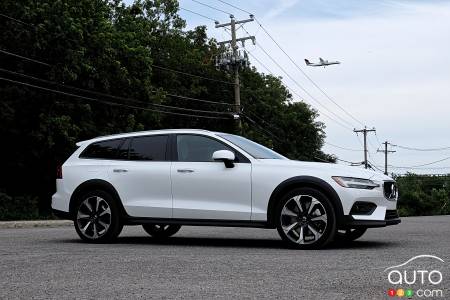 If you want to be sure you’re looking at the Cross Country, check for the bigger 20-inch wheels (optional) and black wheel arches. Volvo has also added unique front and rear bumpers and a few other CC-exclusive elements.

The Cross Country is not designed for off-roading excursions like the Jeep Wrangler, but like the Subaru Outback it can be cover relatively rough terrain. Isn’t that what owners of the old V70 Cross Country model did? Here is the perfect replacement for their beloved old wagon!

Since Volvo, once it was acquired by Chinese manufacturer Geely, began to overhaul its range of models, the carmaker is putting its faith first and foremost in one single engine, presented under different guises. I’m talking of course about its 2.0L 4-cylinder, which can be had with a turbo compressor or a turbocharger accompanied by a mechanical compressor. 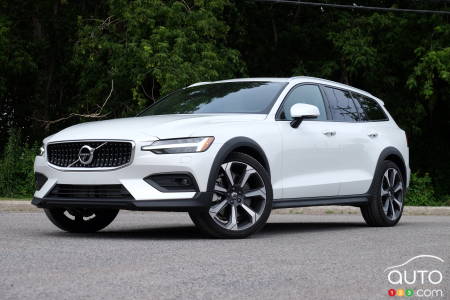 In the case of the Cross Country, Volvo has installed the more-modest version of that engine, which with its turbo compressor delivers 250 hp and 258 lb-ft of torque. Combined with an 8-speed automatic transmission and of course all-wheel drive (no front-wheel drive version is offered for the CC), with Torsen torque-transfer system, this unit is more than capable of moving around the Cross Country’s substantial weight (some 4,000 lb or over 2,800 kg).

How capable? It can get the car from a stop to 100 km/h in under 7 seconds, and do it with gentleness and without noise intruding in the cabin. It’s truly one of the remarkable aspects of this Volvo.

A sober but exceptional interior
Even more remarkable, however, is the vast interior of this wagon. Obviously it rises less far into the air than an SUV, but is an elevated roof really something you’re going to miss? The dashboard looks like what you find in most recent-vintage Volvos; the digital instrument cluster is well-placed in front of the driver, and the big screen includes the company’s recently improved Sensus infotainment system. Improved it may be, but it requires some getting used to. Owners who drive their Volvo a little longer than the week I had this one will get used to it, I’m sure, but still, be ready for a learning curve and arm yourself with patience! 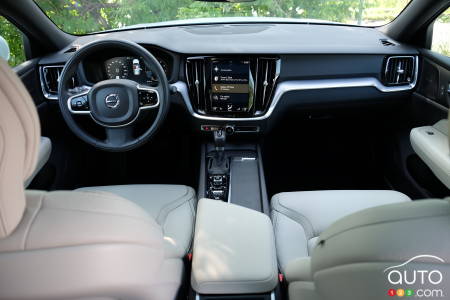 All of the principal commands are within easy reach, including a wheel in lower part of the central console that enable switching between drive modes. Among them is the Off Road setting that firms up the suspension, which is actually not all that necessary since the Cross Country is able to handle itself well on relatively demanding terrain without you having to call on this setting.

FYI, as in all Volvos we’ve driven lately, the engine is started (and turned off) by using a turn knob and not a push-button; it’s also found on the lower portion of the central console. 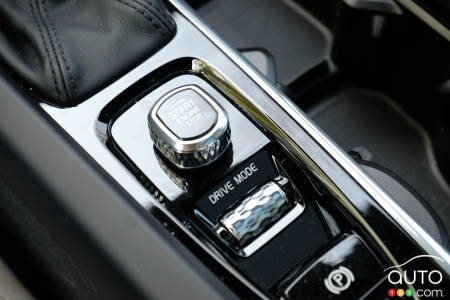 The seats (adjustable in front, all with leather covering) are on the firm side, but very comfortable in both row. The finishing overall of excellent quality, and between and the seats and the great sightlines it’s a very welcoming environment, the V60 CC’s interior is.

As for cargo space, a wagon like this provides more floor space than many an SUV, and even more when you fold down the rear seats. An added bonus is that the threshold is lower than in many utility models, so loading all that cargo is made easier.

On the road
Obviously no Volvo V60, Cross Country or no, is going to spend most of its time off-road. Well, few anyways. And so most of my test driving was done on-road in normal conditions. With the suspension set in Normal mode, the car proved extremely comfortable despite the rough conditions of the Quebec roads I was driving on. Accelerations are strong and effortless and passing manoeuvres are reassuring. Most appealing are the precision of the steering and, especially, the force of the braking. We know that Volvo makes a big deal out of being the brand most closely associated with occupant safety. The Cross Country is equipped with just about every function you can think of, for example to alert the drive of lane departure, provide active lane maintenance and help with backing manoeuvres while avoiding obstacles and collisions. At one point during my week with the CC, a young pedestrian walked unseen behind the car when it was in reverse gear and moving. The Cross Country applied the brakes with muscle and without human input.

There are other features and technologies that Volvo has developed and that you may not be aware when in the car, which are designed to protect occupants in case of impact with larger animals like the deer that abound in our forests and tend to cross roads without warning.

This V60 can also be had with adaptive cruise control that includes a semi-autonomous drive system with potential to be very useful on longer road trips. This system is not as sophisticated as Cadillac’s Super Cruise but you can be sure it will evolve in the next few years.

In terms of consumption, the CC averaged 10.9L/100 km combined for the week. 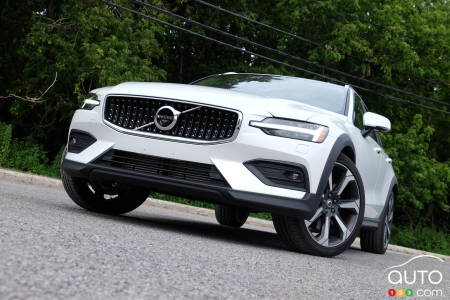 Take a moment to check out the first drive I was able to take in the 2019 V60 Cross Country last winter, conducted on ice in Sweden. It was a great opportunity to put to the test the car’s icy-surface skid control system, which worked wonderfully. Those first Cross Country models were, it should be noted, equipped with crampon-fitted winter tires.

Our test vehicle for this week came with capable Pirelli P Zero tires designed for dry or wet asphalt… but not so much for off-roading. If I had been wont to take the CC onto more serious off-road terrain, I would have liked the car to be shod with more aggressive tires. As it was we did take the car on to dirt roads, probably the most that owners will try to put their Volvo through, and in that environment this wagon suffered no difficulties. 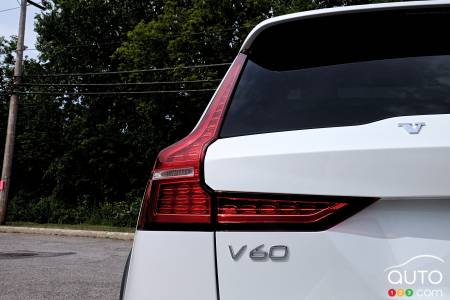 Obviously, the pricing of the Cross Country puts it in a whole other category than the Subaru Outback (which will be arriving in a revised edition this coming fall, by the way). But in return this is a more sophisticated car in a more premium category. Another thing to keep in mind is that this may be one of the last Volvos we see that runs on a purely mechanical powertrain. The company has repeatedly expressed its commitment to making all of its vehicles electrified in some form in the near-future. Might the V60 CC one day be a collectible “classic” car? 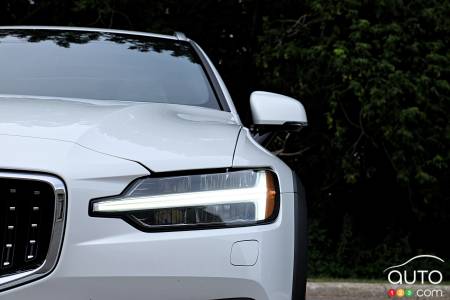 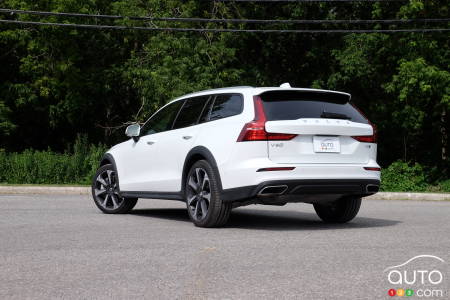 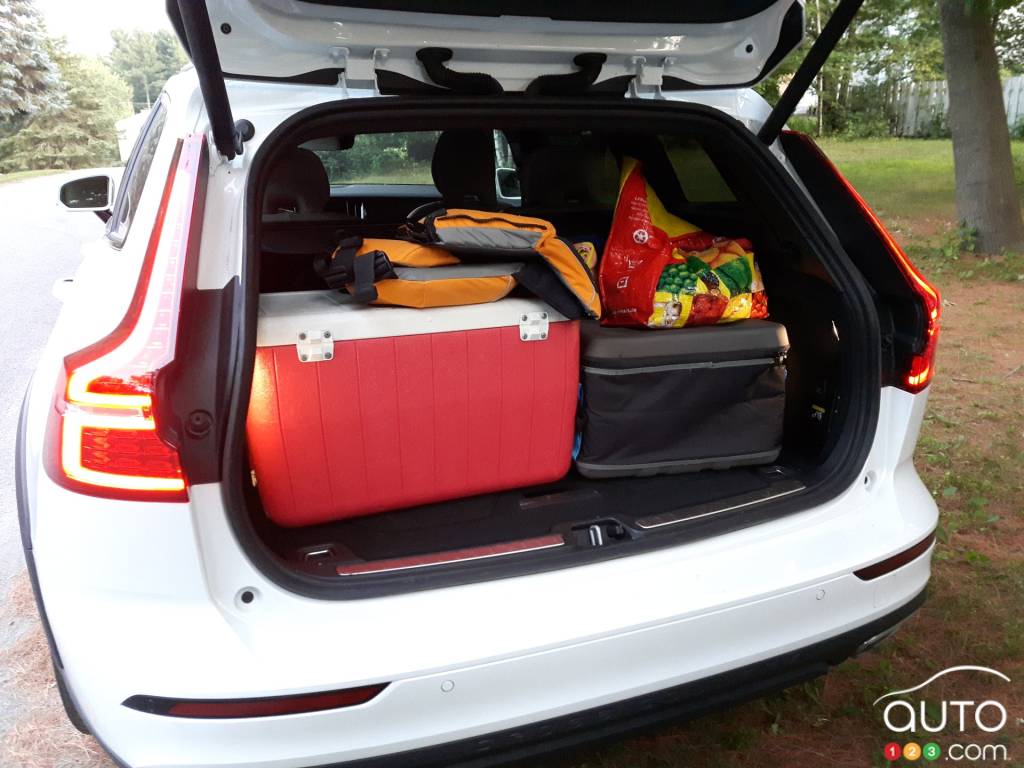 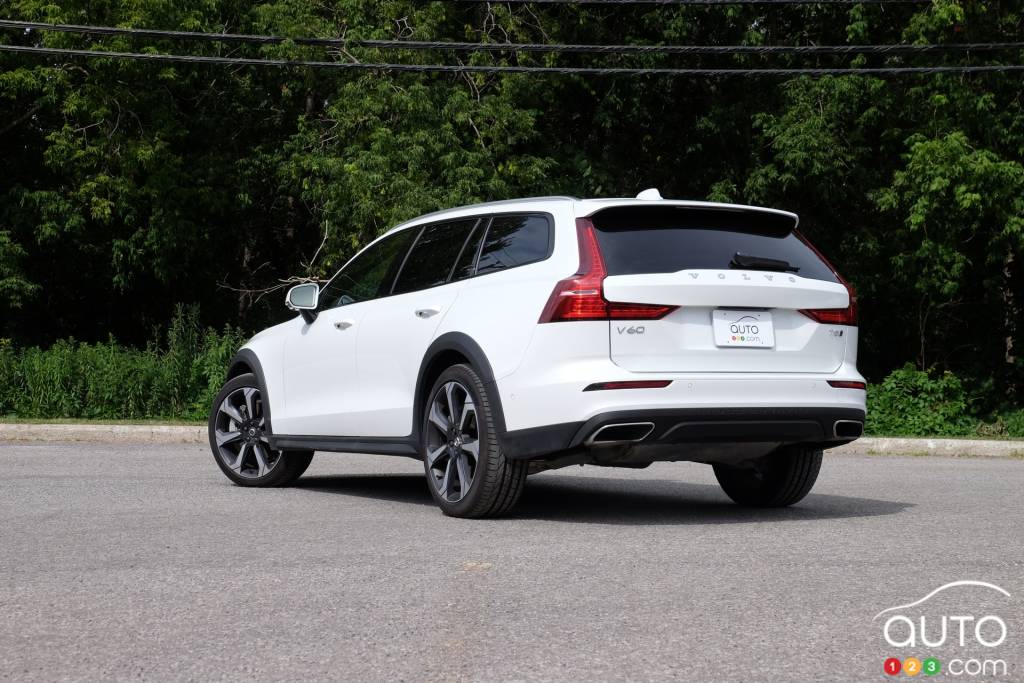 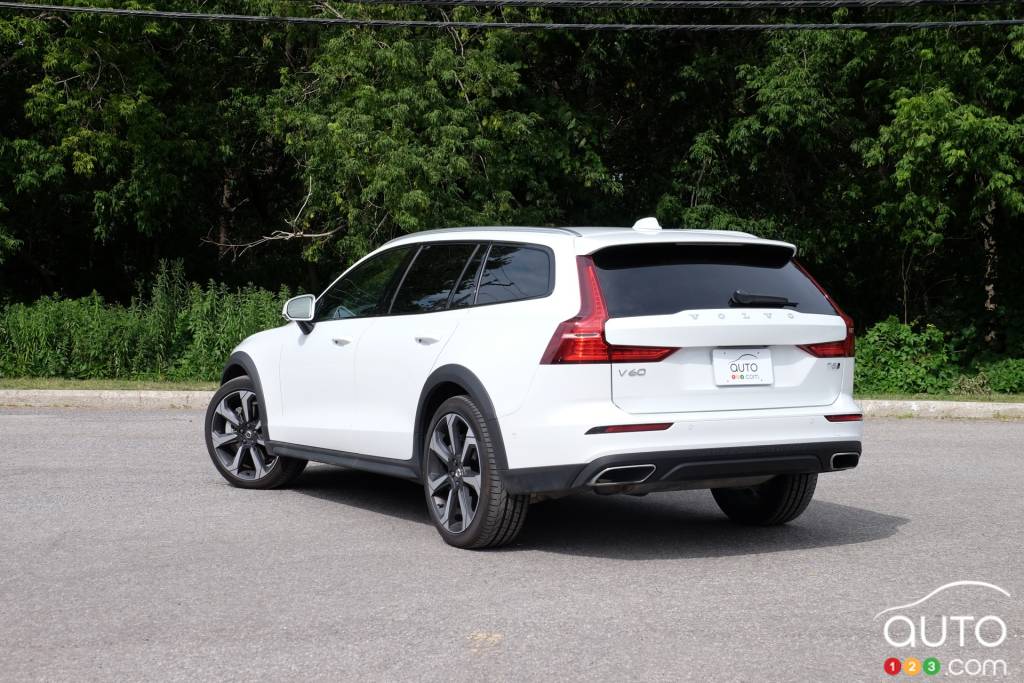 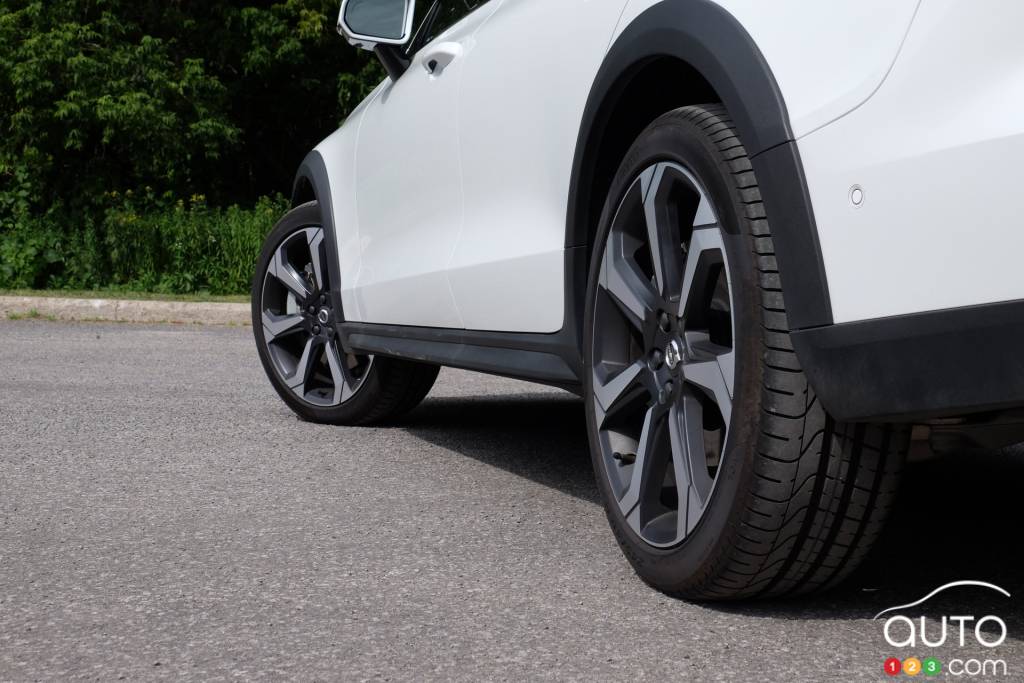 We headed for the Arctic Circle for a first drive on a frozen sea of the new 2019 Volvo V60 Cross Country edition and the T8 hybrid version. Snowy Sweden in ...